Roots in the Philippines led to DJ career in Mississippi 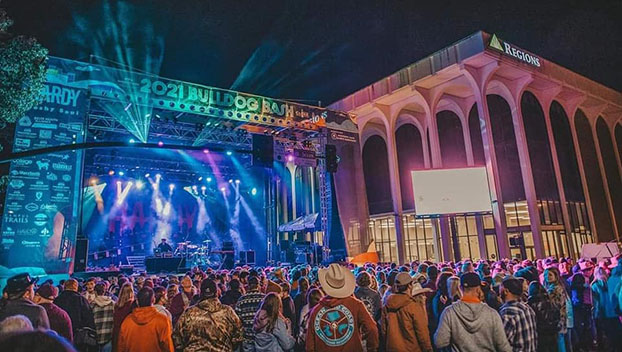 Will Howard has always had a passion for music.

After living the first few decades of his life in the Philippines, he moved to Mississippi only to find music was quite different from what he had before known.

“It was such a culture shock going from worldly music (in the Philippines) to here in Mississippi,” Howard said. “In the ‘80s and ‘90s when I came here, I just wanted to share with others different kinds of music aside from what they were just listening to here.”

Howard, owner and operator of Golden Triangle Productions, believes in “sharing the sounds” of music.

For Howard, sharing began as a DJ, playing his favorite kinds of freestyle and electronic dance music. He would spend hours trying to create the perfect playlist for those listening.

“I used to dig for music for DJing,” Howard said. “I would go to record stores. Every Tuesday, I would go to Bebop Records here in Starkville as a college student and wait for their import of CDs to come in, sift through it, find something I like, buy it, and I would be like, ‘Wow, this song is great. I want other people to hear it.’”

As a student at Mississippi State University, Howard would host a radio show on WMSV, as well as on WMUW at Mississippi University for Women, discussing new music he had discovered and enjoyed.

Howard established GTR Productions in 2005 as a way to provide lighting, event and DJ services to others. Instead of hiring out different services to assist with his DJ events, he began investing in lighting and sound equipment himself.

“I slowly began buying lighting equipment and learned how to do lighting,” Howard said. “I was already a DJ, so I just started connecting with other DJs. Instead of hiring them to do the show, they became part of the show. I also started buying sound equipment and learned how to do sound for my own events. Instead of paying people to do all of these services to have a rave, I began doing everything myself with a team.”

Aside from providing services, Howard’s business also hosted events for many years, presenting an abundance of entertainment. His favorite event, Team Halloweenz, was an annual event where his crew would choose a theme, build elaborate sets, design a lighting show and incorporate video in order to produce a large Halloween-themed party.

“When I started, it was with electronic dance music, but I just branched out to all of these other directions,” Howard said. “The way we make it happen is to have a bigger and better show. You have to have income to fund that.”

Howard said the pandemic has essentially ended his hosted events. He has adjusted by focusing on lighting and audio services he can provide.

“COVID was drastic,” Howard said. “We used to provide services for some nightclubs in the area, like Cowbells, but it closed, so all of the jobs where DJ and lighting took place there were gone.”

Throughout Howard’s time as a DJ, he has seen a shift in how others view DJs. When he began his career in the ‘90s, he said people would come and enjoy the music he was sharing. Over time though, people began requesting music instead of simply listening to what he had to play. He said he always encourages people to listen to what a DJ is sharing because they have put a great deal of time into finding the perfect sounds.

“There seems to be in our culture where the DJ is not viewed as someone who is sharing music anymore, but just a device to get their songs played,” Howard said. “Sadly, I think that is marking the downfall of what a DJ is. I hope anyone would understand that a DJ has put a lot of time and energy into curating a lot of music that they’re playing, and they should give it a chance.”

Howard said he is thankful for his business and his life as a DJ. While he is proud of the success he has, he said none of it would be possible without the help of his crew and workers that consistently support him.

“I’m practically married to my business,” Howard said. “It’s lots of responsibility, but incredible memories. I have lots of hope for the future.”