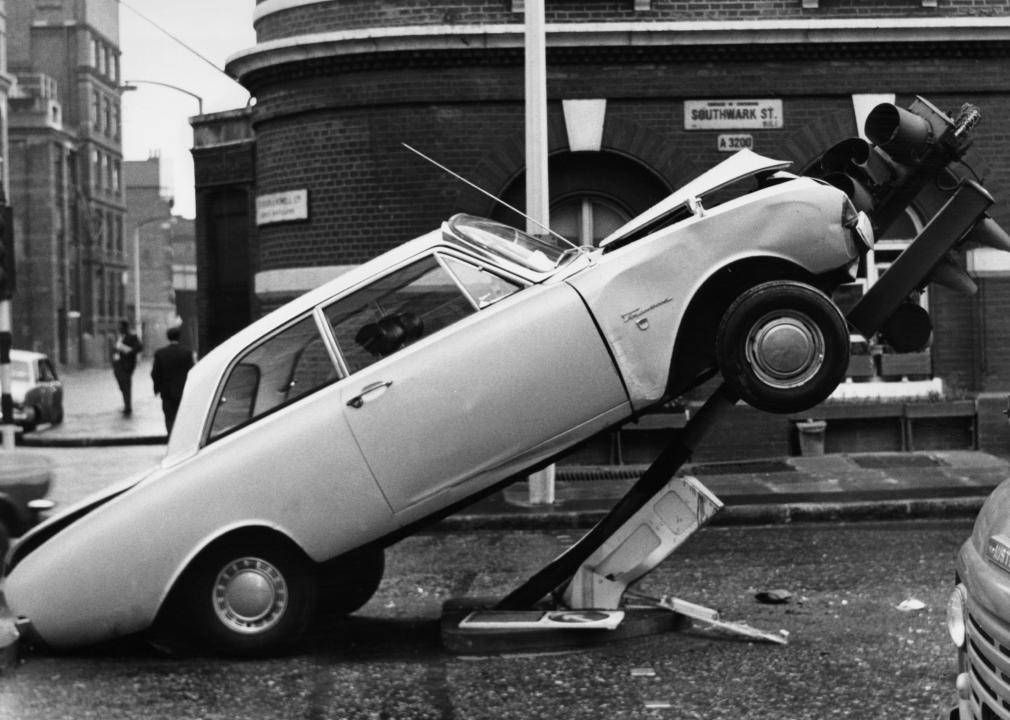 As more and more cars made their first appearance on American roads in the early 1900s, the number of deaths and injuries from traffic accidents shot up, particularly when compared to those resulting from railroad accidents. In 1915, for example, there were only 199 fatalities among railroad passengers compared to 6,600 among motorists and pedestrians. Ten years later, by 1925, there were 171 railroad fatalities, but 21,900 for motorists and pedestrians.

As early as the 1920s, the National Safety Council was trying to draw attention to the dangers with accident statistics.

Keeping Americans safe on the road was quickly becoming a problem that needed solutions.

Some came in the form of the design of cars or roads, shatter-resistant windshields for example. Others tackled drivers’ behavior, whether speeding or drinking while driving.

There was an inconsistency in the implementation of improvements, however. The first seat belt patent was awarded in 1885, but it would be many years before they were used regularly by drivers and passengers.

The Patel Firm put together a list of safety milestones that it gathered from historical records, documents from such government agencies as the National Highway Traffic Safety Administration and the Smithsonian Institute, and nonprofit organizations such as the American Automobile Association.

Here is a look at important innovations introduced throughout the years, from traffic signals to seat belts. 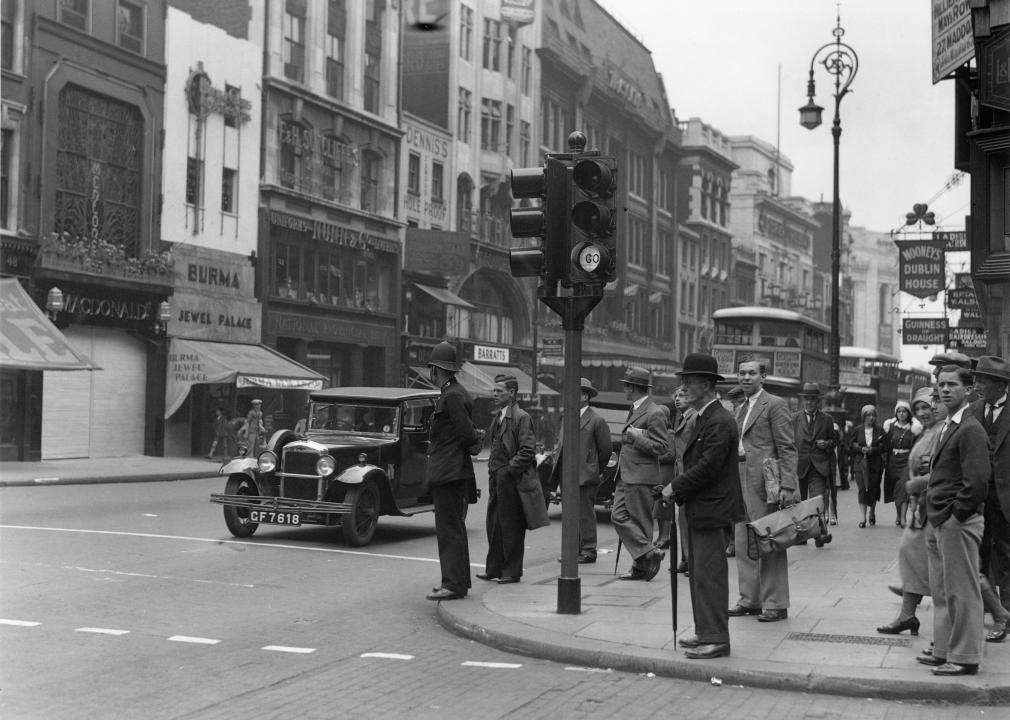 Britain can lay claim to the first traffic signals, which were placed outside the Houses of Parliament in London. They were lighted by gas and controlled manually by police officers. But they could be a danger on their own, liable to exploding and causing injuries. The first electric traffic light made its debut in Cleveland in 1914, the brainchild of an American police officer. Three-way lights were introduced in 1930, with yellow warning of an impending change. 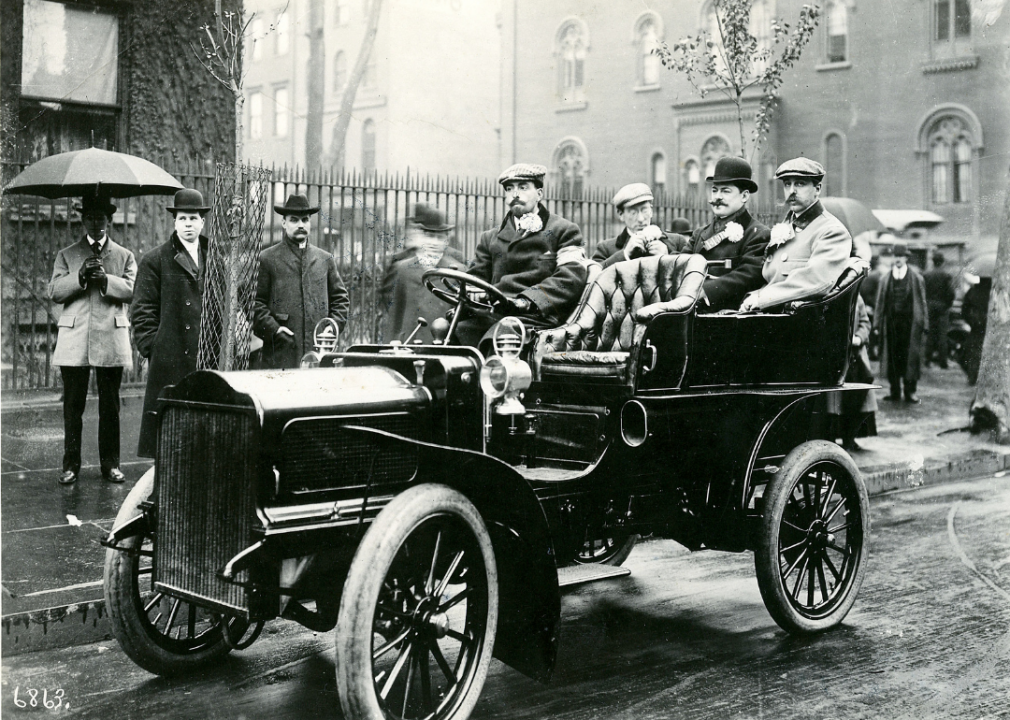 Connecticut became the first state in 1901 to implement a speed limit for automobiles. Motor vehicles could be driven no faster than 12 miles per hour in cities and 15 mph in the countryside. A national highway speed limit was set in 1974 at 55 mph under President Richard Nixon. The impetus wasn’t safety, but gasoline conservation. It was prompted by the oil embargo imposed by OPEC against the United States over its support for Israel. But fatalities dropped 16.4% within a year, from 54,052 in 1973 to 45,196 in 1974. Then in 1987, Congress approved allowing states to raise the highway speed limit to 65 mph. 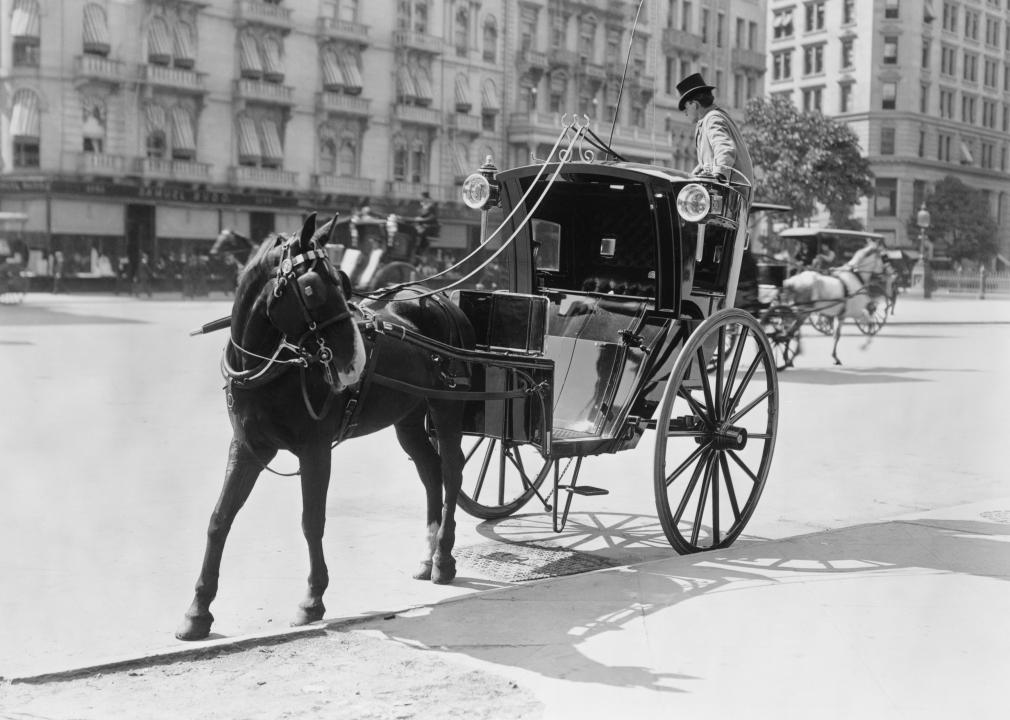 Buckle up for safety

The first seat belt for vehicles was designed for taxis, meant to keep New York City tourists safe as they saw the sights. It looked like a harness for climbing, the American Automobile Association reports. A life-changing innovation came in 1959, when Nils Bohlin, a former aerospace engineer who worked for Volvo, invented the three-point seatbelt. In a dramatic gesture, Volvo made the design public so that other manufacturers could replicate it free of charge. When Bohlin died in 2002, Volvo estimated that his innovation was responsible for saving more than 1 million lives in more than 40 years. The federal government made seat belts mandatory in all new cars in 1968—one among a set of safety standards, and in 1974—New York passed the first law requiring they be used by those riding in the front seat. 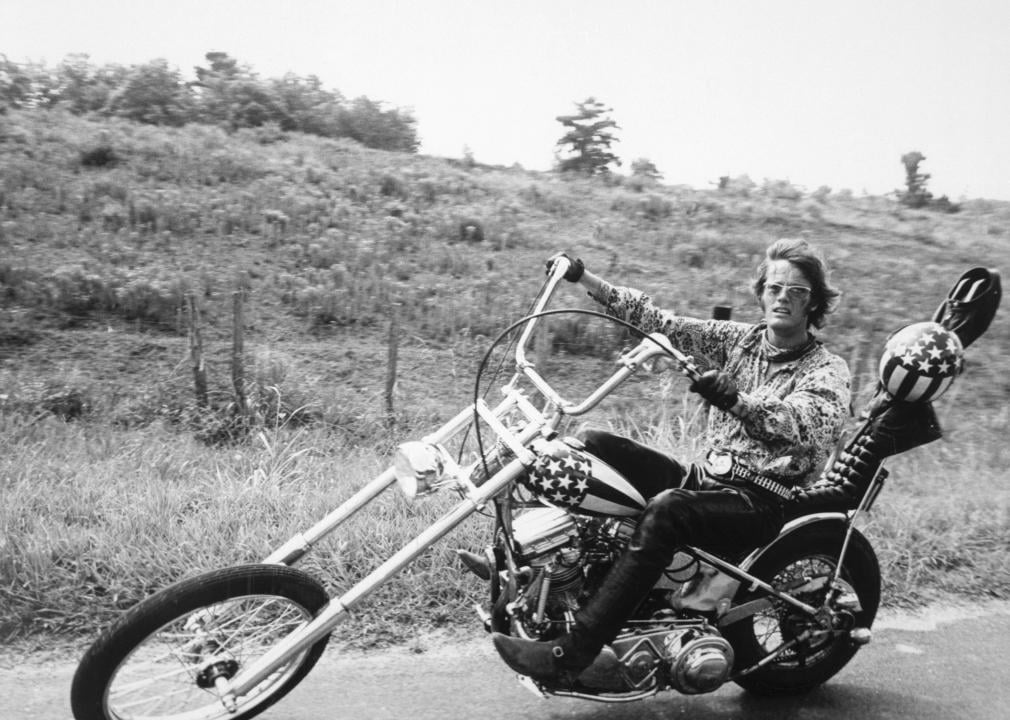 In 1967, the federal government began hinging some highway safety money on states implementing a helmet requirement for motorcycle riders. Less than 10 years later, in 1976, Congress rescinded the ability to impose fines for not complying and as a result some states started to impose the laws only on young or new riders. Today about half of the states require all motorcyclists to wear helmets, while the other half regulate only some riders or have no law at all. New Hampshire, Illinois, Iowa, and New Hampshire have no requirements. 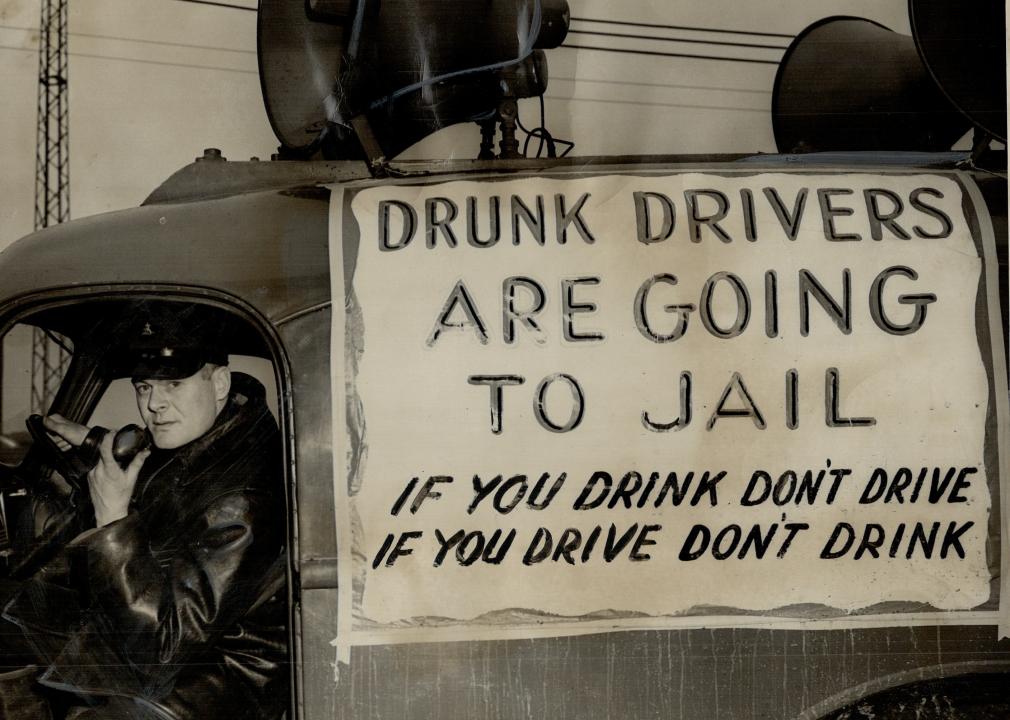 The first drunk driving law was enacted in New York in 1910. But as recently as 1985, it was legal to drink and drive in 26 states provided the driver was not legally drunk. Mothers Against Drunk Driving was formed in 1980 by a woman whose 13-year-old had been killed by a drunk driver, and it went on to lobby for a blood alcohol level of 0.8% as a cutoff for drivers. Those convicted of drunk driving are sometimes ordered to install an ignition interlock breath analyzer in their cars. The lock prevents a vehicle from starting unless the driver passes a test after breathing into it. 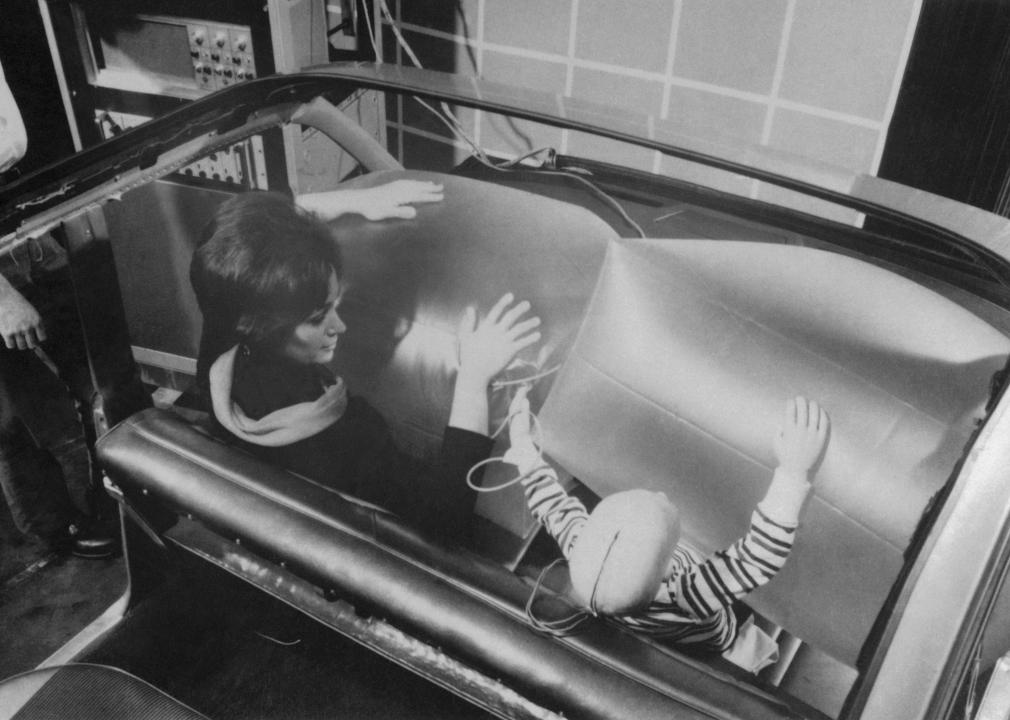 Airbags created to save lives

Airbags were first created in 1951. Front airbags were not included as standard equipment in all new cars until 1998; and in SUVs, pickup trucks, and vans in 1999. Side airbags are not required, but are typically included. Studies have shown that front airbags reduce the number of drivers killed by 29% in front-on crashes. Side airbags decrease fatalities by 37% in driver-side crashes. Front airbags saved more than 50,000 lives from 1987 to 2017, according to data from the National Highway Transportation Safety Administration. 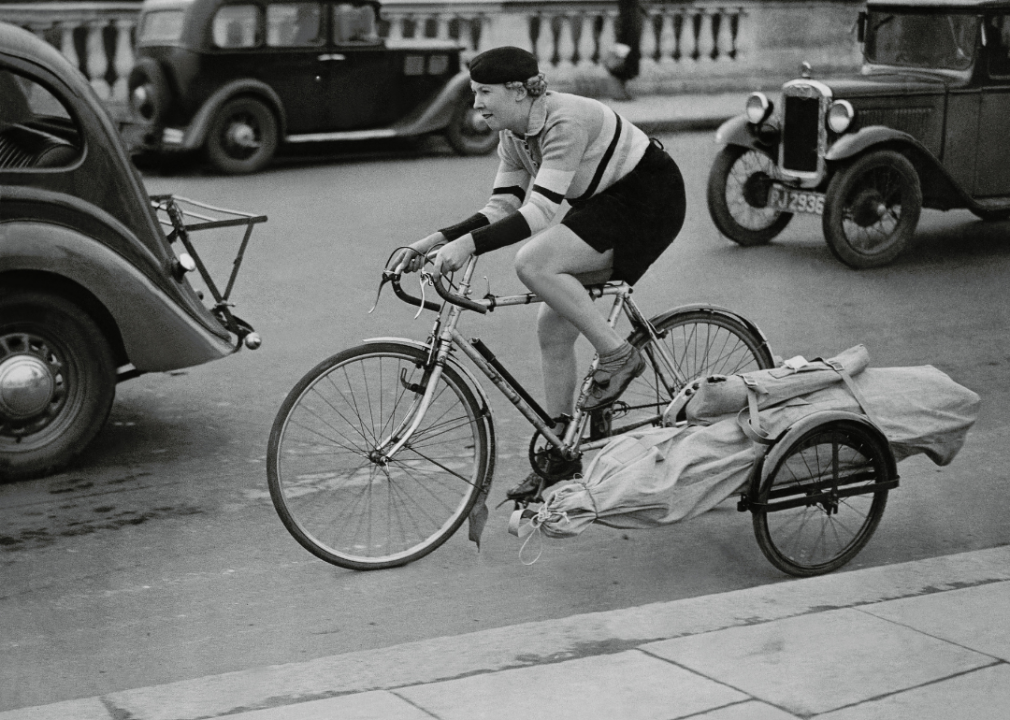 Sharing the road with bicyclists, pedestrians

The first car crash happened in 1896 when a car and bicycle collided in New York City, according to data from the National Highway Transportation Safety Administration. Since then, some 53,000 bicyclists have been killed in accidents between 1932—when estimates of fatalities were first recorded—and 2008. More recently, in 2019, 846 bicyclists, 6,205 pedestrians, and 5,014 motorcyclists died in crashes. The Share the Road campaign is intended to cut down on the number of deaths by reminding drivers that bicyclists, pedestrians, and motorcyclists have a right to the road too. But battles continue. A new lane dedicated to bicycles on New York City’s iconic Brooklyn Bridge got raves from many bicyclists, but complaints from drivers. 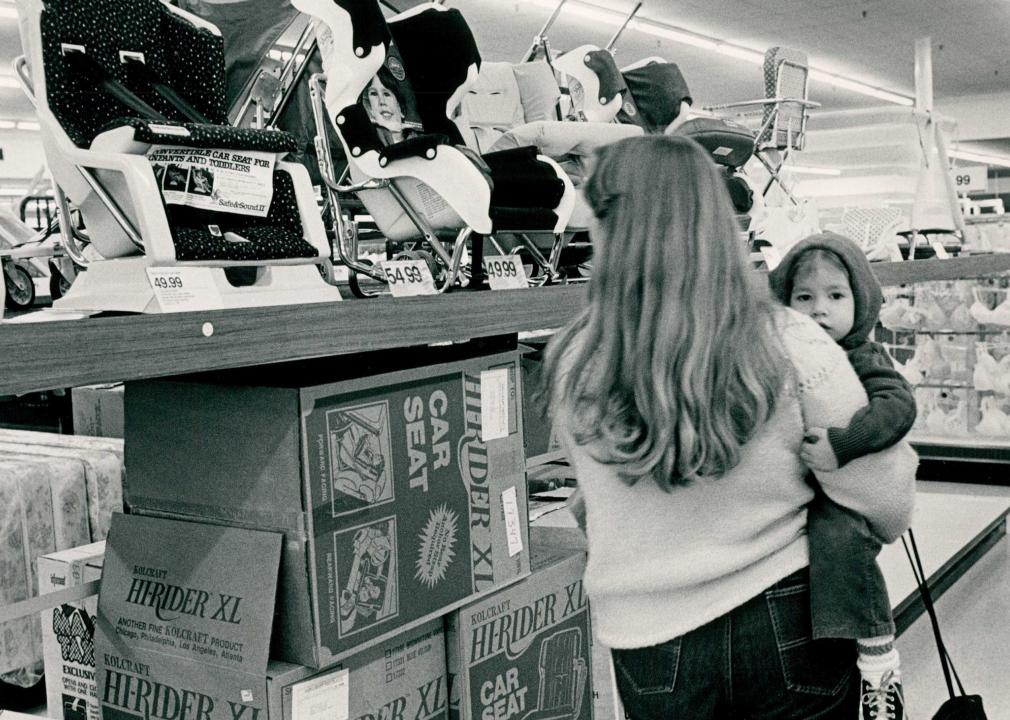 The first car seats for children were rudimentary, meant to keep children still, but without any real safety features. The seats had a metal frame by the early 1960s, followed by ones that were padded to protect children in collisions. The National Highway Traffic Safety Administration in 1971 mandated that the seats have safety belts and harnesses. Today, all 50 states require child safety seats and booster seats though the laws vary. About half require children younger than 2 ride in rear-facing child safety seats. 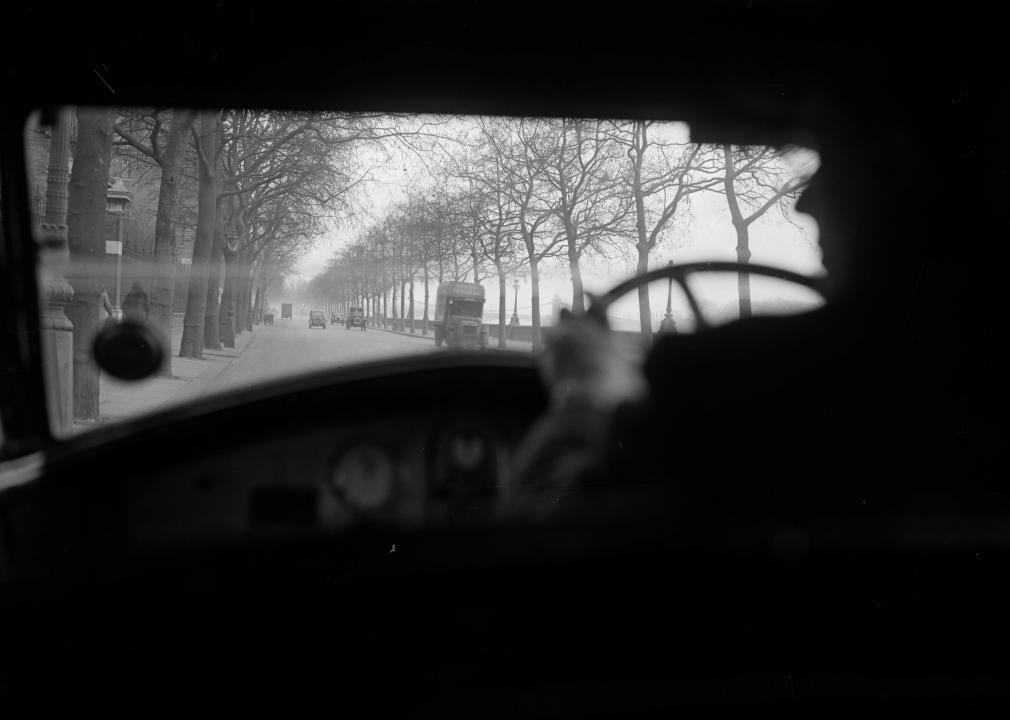 The first windshields and windows were susceptible to shattering in collisions, splintering into jagged pieces that could cause serious injuries or even death. By 1926, the Stutz Motor Car Company was inserting wires into its windshields to lessen the chance they would break apart. Later, shatter-resistant windshields consisted of sheets of glass separated by a layer of celluloid or plastic film, like the ones installed in the Ford Model A in 1928 and the General Motors Cadillacs in 1930. Federal law requires that windshields be made of laminated safety glass. 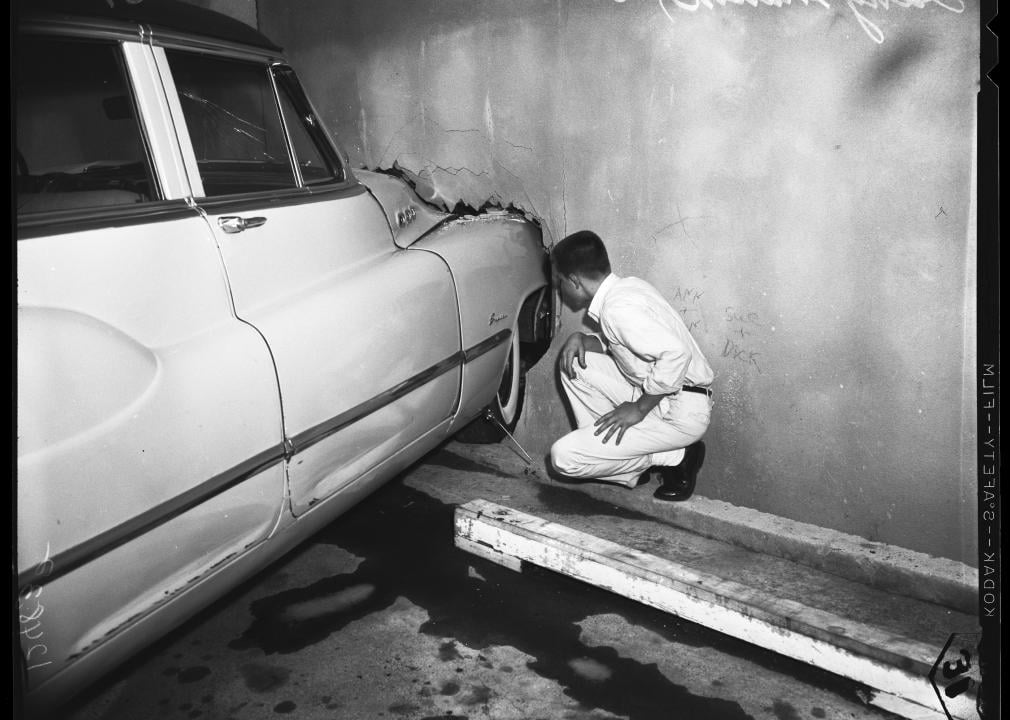 Anti-lock brakes use sensors at each wheel so that the wheels don’t stop turning. Traction control limits how much the wheels spin. Then, a federal regulation mandated electronic stability control for all passenger cars and light trucks. Computers control the braking on each wheel individually. The National Highway Transportation Safety Administration estimates the technology has saved more than 2,000 lives between 2008 and 2010.