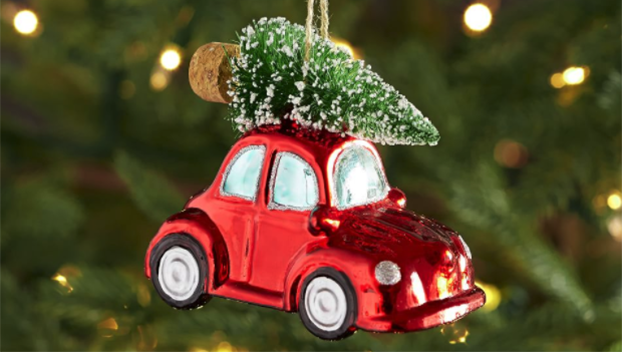 With Christmas right around the corner, one company investigated the days Americans should be wary of when it comes to driving.

The study by the folks at getjerry.com discovered that Mississippi leads the country with the highest risk of road fatalities during the Christmas holiday — Dec. 21-29.

With 3.54 fatalities per 100,000 people, the Magnolia state topped the list of states just ahead of Montana, and Wyoming with the highest rates of fatal crashes during the holiday period.

New Hampshire, Utah, and Rhode Island had the lowest number of fatal crashes per 100,000 people during the same period.

At Getjerry.com, the folks at Jerry use artificial intelligence and machine learning to offer car insurance comparisons. The website serves more than 1 million customers across the United States as a licensed insurance broker and is the fastest, easiest and only automated way to compare and save on car insurance. Jerry finds offers customers customized quotes from more than 50 insurance in a matter of seconds.

Many people travel in order to reach their friends and family during the stretch between Dec. 23 and New Year’s Day.

One survey estimates that 122 million Americans will be traveling for a winter holiday in 2021. This results in an increased number of drivers on the road and a spike in car crash fatalities. Dec. 24, 25, and 26 have the highest rate of fatalities during the week surrounding Christmas, Dec. 21-29.

During the height of the Christmas holiday, many drivers end up heading home from family visits in the evening, accounting for the high rate of evening fatalities from Dec. 21-29.

The Pew Research Center also found that approximately 55% of Americans attend religious services during the Christmas holiday. Since this puts more drivers on the road during the holiday, this may also contribute to the spike of crashes on Christmas Eve.

Mississippi has a higher rate of precipitation during winter months, which can make for dangerous driving at times.

Montana and Wyoming are both rural states with relatively few drivers on normal days, meaning that heavier traffic can cause unexpected crashes. In addition, both of these states have speed limits of 80 mph on rural interstates, which see more traffic during holidays. Higher speeds mean a higher risk of fatality if there is a crash, resulting in higher fatality rates for both states.

Wyoming also prioritizes a select number of roads for winter maintenance. While interstate roads and highways are maintained 20-24 hours a day, many “low volume” roads connecting to those highways are not plowed after sunset. For drivers who are unfamiliar with Wyoming roads, driving near unplowed roads in the dark can be dangerous, and can increase the risk of fatal crashes.

Similarly, Montana’s Department of Transportation only plows highways and interstates. For out-of-state drivers exiting or entering unfamiliar highways, this can be dangerous, especially after dark when the road’s condition might be hard to determine.  These states also have some of the highest fatality rates during the winter, and experience spikes of fatal crashes during Thanksgiving as well. Inclement weather, incomplete winter road maintenance, and high speed limits make these states particularly dangerous to drive through from late November all the way to February.

Utah, Rhode Island, and New Hampshire regularly experience snowfall during the winter, so most drivers in these states have experience driving in the snow.

In addition, Rhode Island and New Hampshire have speed limits of 65 mph on rural interstate roads, save for a few road segments in New Hampshire with limits of 70 mph, which lowers the risk of fatalities in crashes.

To stay safe this Christmas, drive during daylight. Avoid traveling on traffic-heavy days, and make sure you’re comfortable driving safely in unfamiliar areas at higher speeds. And never get behind the wheel if you’ve had anything to drink, as driving while impaired can increase your chances of an accident.