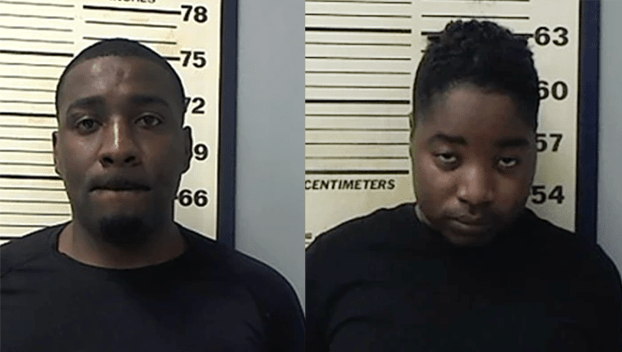 Two rookie police officers have been placed on leave after reportedly being caught smoking marijuana in a Mississippi park Friday.

Flowood police arrested Darius Short, 30, and Kenya McCarty, 22, two recent graduates of the Jackson Police Department’s academy. The two were not on duty when they were arrested.

Officials with the Flowood Police Department report that Short and MCartyy were caught with a small amount of marijuana on a bench where they were sitting in Nature Trail Park in Flowood. Officers also found a gun on a nearby table.

Officers were responding to a call at 5:45 p.m. about two people smoking marijuana in the park.

A second gun was also recovered along with open containers and drug paraphernalia.

Short and McCarty have been charged with possession of marijuana and open container violation.