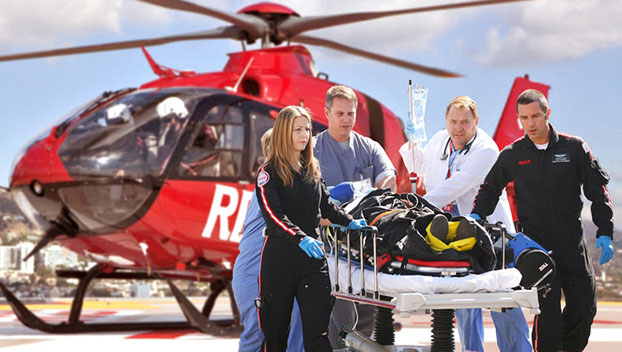 Elected leaders in one Mississippi city are considering paying for air medical transport service for all of its citizens.

The Oxford Board of Alderman discussed the possibility of expanding AirMedCare Network services to all residents living in the city limits during a special board meeting.

Human Resources Director Braxton Tullos announced AMCN sent an insurance quote of about $25,000 to cover all city employees and their families, which doubles what the city paid the service last year. The rate increase was attributed to AMCN’s parent company Global Medical Response acquiring Hospital Wing, a premier air medical provider in Memphis and the Mid-South.

Tullos explored another avenue and asked for AMCN to quote what it would cost to cover any person living in the Oxford city limits.

All Oxford residents would be covered by the insurance if they were picked up in Lafayette County and transported to medical care by AMCN, according to Mayor Robyn Tannehill. The service would not apply if transported by a non-AMCN vehicle or picked up in another county, but individuals can elect to expand the range of their service.

“[AMCN] will also contact each address in Oxford and offer them the option to buy a $35-40 plan that will cover them anywhere in the country,” said Tullos. “That will be on the citizens to elect for themselves.”

Alderman John Morgan asked Tullos is any other cities enacted this option for their citizens and Tullos said Senatobia has it in place for Senatobia County along with De Kalb in Kemper County and Decatur in Newton County.

The board began a motion to approve funding, but further discussion left the board with more questions than answers. It was noted that if a citizen is not insured at the time of transport their bill will be greatly reduced to Medicare rate, but a the aldermen were unsure if the cost is entirely covered for insured individuals or if their insurance will cover transport at all.

Alderman Brian Hyneman said it is illegal in Mississippi to balance bill a patient, but many organizations still practice it within the state. Balance billing is the practice of a medical provider like a hospital or doctor accepting payment from a patient’s insurance provider and then turning around and collecting more than that payment from the patient.

“I don’t want somebody to get a notice and not be savvy enough to understand ‘I don’t owe you $15,000,’” said Alderman Brian Hyneman.

The board decided to compile a list of questions for Tullos to investigate. The board will reconvene in their first meeting in January and decide which insurance rate to accept before the contract deadline on January 15.