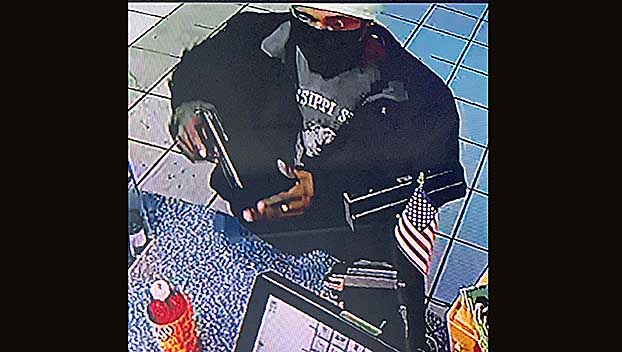 Mississippi police are seeking a suspect who walked into a convenience store on Christmas morning, put a Faygo drink on the counter and then promptly pulled a gun on the clear, robbing the register.

Police say the man was wearing a mask, head covering, a Mississippi State shirt and a jacket. Surveillance video showed that very little of the suspect’s face could be seen.

The man put a Faygo drink on the county and provided money to pay for the drink. As the store clerk opened the register, the man brandished a pistol and reached across to grab cash out of the register’s till.

The suspect left the store on foot and has not be publicly identified.

Anyone who can identify the suspect is asked to call Golden Triangle CrimeStoppers at 1-800-530-7151. Any information leading to an arrest for this armed robbery can result in a reward.