Storms could spawn tornadoes in parts of Mississippi today and tonight 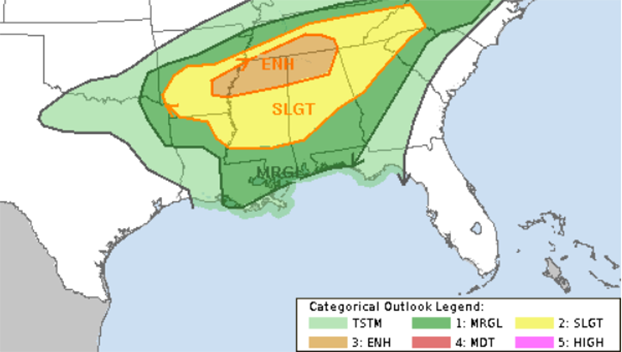 Several southern states are at risk of tornadoes, large hail and high winds as severe storms fire up over the region.

Northern portions of Alabama and Mississippi and parts of Tennessee will have an enhanced risk of damaging weather in Wednesday’s storms, forecasters said.

“A few tornadic supercells are possible, along with sporadic damaging gusts and isolated severe hail,” the Storm Prediction Center said in its storm outlook for Wednesday.

The risk of severe weather on Wednesday also extends into parts of Arkansas, Louisiana, Georgia and the Carolinas, according to the Storm Prediction Center.

“The main threat from these storms will be flash flooding and damaging winds, with an AccuWeather Local StormMax™ of 80 mph,” AccuWeather Senior Meteorologist Matt Rinde cautioned, adding that there can also be isolated tornadoes and hail late Wednesday.

Any thunderstorm will arrive with the potential to produce significant rainfall in a short amount of time. Too much rain too quickly can lead to the development of flash flooding, which can turn dangerous quickly for anyone in its path.

In addition to heavy rainfall, any stronger storm can produce locally damaging winds on the order of 50-60 mph. Winds of this magnitude can lead to tree damage and sporadic power outages out at midweek.

Areas likely in the path of these potentially feisty storms include cities like Memphis and Nashville, Tennessee; Tupelo, Mississippi; Birmingham, Alabama; and Atlanta. Travelers on portions of interstates 20, 40, 55 and 65 will also need to keep alert as weather conditions can change rapidly. Since some of the storms will occur well after dark, there will be an added danger to motorists and people at home or at work. A means to monitor weather bulletins is strongly recommended.

Accuweather contributed to this story. 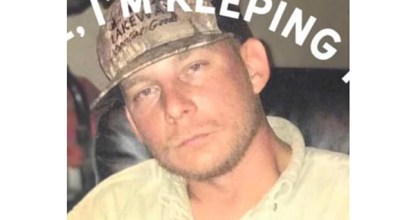