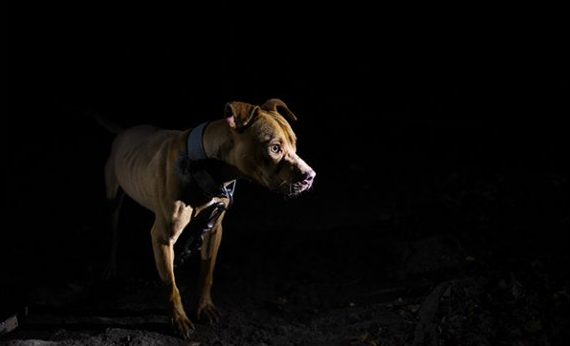 Friends and family of Tommie Queen say the man serving nine years in jail on dogfighting charges is a ‘selfless man’ who was wrongfully convicted.

Supporters of Queen plan to hold a “Free Tommie Queen” rally on Thursday from 2 to 5 p.m. at the Adams County Courthouse in Natchez.

In November 2019, Queen was convicted of three of nine counts of dogfighting. He was sentenced to nine years behind bars.

Queen appealed the verdict and on Sept. 30, the Mississippi Supreme Court upheld his conviction and sentence.

Queen was arrested in November 2017 after Adams County Sheriff’s Office deputies discovered a large-scale dogfighting operation on Queen’s property at 29-1/2 Miracle Road in the Cranfield community.

Dogs were chained to logs, stakes, trees, tailpipes and the underside of an RV in a field on Queen’s property.

Natchez veterinarian Robert Savant said in his witness testimony at Queen’s trial that he examined nine of the recovered animals and determined each of them had to be humanely euthanized due to the extent of their injuries, which included multiple old and fresh lacerations on the dogs’ faces, chests and front legs that appeared to be dog bites.

One of the dogs had an infection in its eye, another had a fractured jaw that emitted a putrid smell and a third dog had a swollen gash in its front leg.

According to the social media post about Thursday’s rally, Tony Candice Bailey writes, “If he ever helped you which I’m knowing he has…you should be there.”

In the social media post, Bailey claims, “Evidence: he was black…he had 40+ dogs…they collected $150K…other than those 3 factors they didn’t even know who he was but immediately labeled him that night based on what exactly?”

Bailey in the social media post wrote, “He is a selfless man whom always is willing to lend a hand. If you want to know more about who he is and what’s been done then you should be there.”

Those who remember the horrific, inhumane scene discovered on Queen’s property recall things very differently than Queen’s friends and family.

“The reassurance that Queen was convicted based on evidence is that the Mississippi Supreme Court upheld the conviction,” said Natchez Attorney Tim Cotton, who prosecuted the case against Queen.

“This was one of the toughest cases I’ve ever tried. Every single thing that was tried was based on facts with zero speculation,” he said.

Cotton said the jury in the Queen case got it right.

“The dynamics of the creature known as a jury is that juries are incredibly smart. The jury in this case gave Tommie Queen the benefit of the doubt as it pertained to expert testimony,” Cotton said. “Those guys went back there and considered all of the evidence and all of the testimony. The three counts the jury convicted him on were based on the testimony of a licensed veterinarian (Savant) who is very respected in this community. Most people believe he is a good man. He has been a vet here for along time. He came out to the scene. He testified to three specific dogs that he examined at the scene and had to euthanize the dogs there. He knows trauma in animals. He specifically knows bite marks, marks that indicate dog fighting and he testified the injuries to those dogs were the worst he had ever seen.”