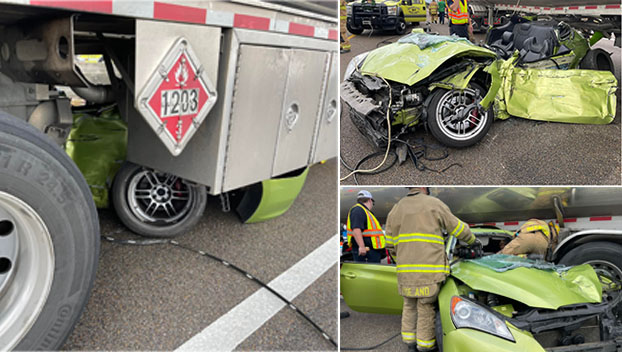 Thanks to the tedious work of a group of Mississippi firefighters, the driver of a car that got pinned underneath a tanker truck carrying 8,500 gallons of gas miraculously escaped the incident with only minor injuries.

The Ridgeland Fire Department posted photos of the scene of a wreck on I-55 north of County Line Road north of Jackson.

Firefighters found a car pinned under a tanker truck carrying 8500 gallons of gasoline with the driver entrapped.

“After a very tedious extrication, the driver was removed and transported to the hospital. Miraculously, the driver suffered only minor injuries,” the post said.

Mississippi school children should be wearing masks next week…