‘No stone unturned’ in manhunt for murderer. Suspect reportedly convicted felon released from prison in 2021. 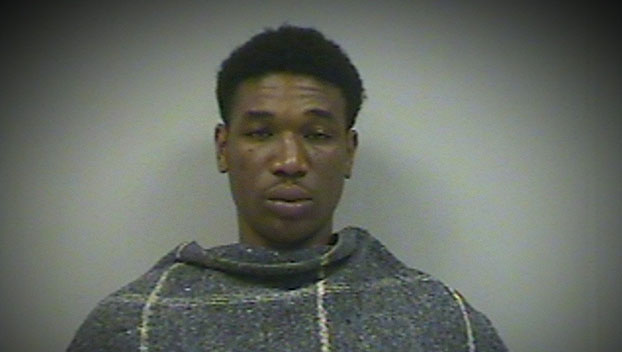 Natchez and Adams County law enforcement officers worked into the night on a manhunt for Michael Thomas, who is an alleged suspect in a Tuesday afternoon fatal shooting at the Holiday Apartment complex in Natchez.

Thomas has not been found as of Wednesday morning, said Natchez Police Chief Joseph Daughtry, who asked anyone with information to contact the department or Crime Stoppers.

Local law enforcement is now soliciting the help of U.S. Marshals to locate Thomas, he said.

“We left no stone unturned,” he said. “He’s Natchez’s most wanted. He asked for it. We’re using whatever resources we can to bring him in. Anyone who is caught helping him, I don’t care if it’s as simple as buying him a burger or putting money on a gas card to help him get out of town. If we find out about it and can trace it back to someone, we will put them in jail too.”

Daughtry said officers were dispatched to the scene of the shooting at approximately 12:30 p.m. Tuesday in the vicinity of Holiday Apartments, where a 33-year-old man, Johnny Ricardo Mason, age 33, had been shot.

Daughtry said other civilians, including children, were around when the shooting occurred.

“People were remodeling a building close by, just doing everyday normal activities. A mother and her kids were in a car right in between where stuff was going on. It was disheartening to see. Natchez is better than this. To shoot someone in broad daylight shows a complete disregard for human life.”

Thomas, a convicted felon, was previously sentenced to serve five years in the Mississippi Department of Corrections after he pleaded guilty to an aggravated assault charge in 2018. He was released after having served three years. Shortly after his release, he was arrested again in June 2021 for allegedly kidnapping his girlfriend at gunpoint. Daughtry said the girlfriend “backpedaled” and wouldn’t press charges.

Calls were received late into the evening from people giving information of where Thomas might be, Daughtry said. As tips led the search outside of the city, Daughtry said Adams County Sheriff’s Office deputies were quick to assist and help with the investigation.

“Big thanks to Sheriff (Travis) Patten and his guys yesterday,” he said. “It was a well-oiled machine with law enforcement working together. We were all over the county yesterday in one collaborative effort.”

Anyone who has information regarding Thomas’s whereabouts is asked to contact the Natchez Police Department at 601-445-5565 or Southwest Mississippi Regional Crime Stoppers at 888-442-5001.