How the housing market changed in 2021 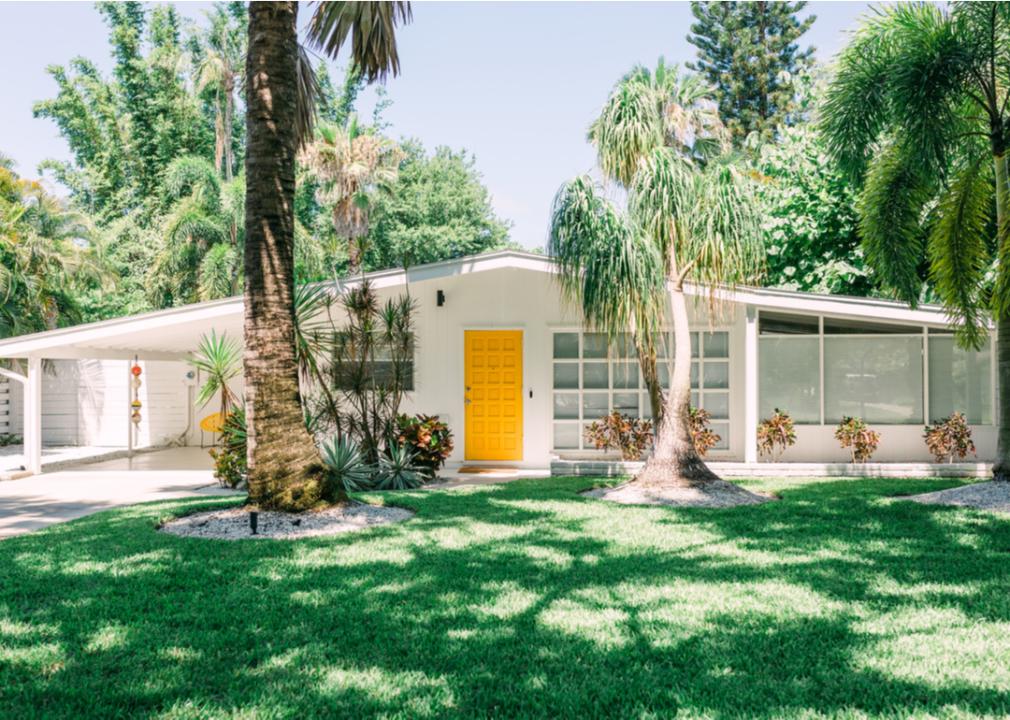 How the housing market changed in 2021

The housing market was anything but normal in 2021. Prior to the buying frenzy that occurred over the last year, homes typically sat on the market for a little over two months at a time. And in terms of cost, it was common for the lucky sellers with homes in desirable markets like California’s Bay Area to get at or close to the asking price. Sellers in less competitive markets, on the other hand, generally had to be more flexible on the sales price for their homes.

That all changed when the COVID-19 pandemic hit and mortgage rates sunk to new lows. A rapid uptick in demand for homes took hold, and buying a home quickly became a competitive sport. The buyers who wanted to increase their chances of getting their offer accepted by sellers were forced to pull out all the stops—whether it was offering short closing periods, waiving inspections, or shelling out tens, or even hundreds of thousands, of dollars over asking price.

This phenomenon wasn’t limited to the housing markets in major metro areas, either. The secondary and suburban markets that were once considered less desirable than areas like New York City or Los Angeles became equally competitive for buyers. And by the time the final months of 2021 had rolled around, the housing market across the nation had gone through dramatic, widespread changes.

Here’s what you should know about the changes that occurred to the housing market in 2021. 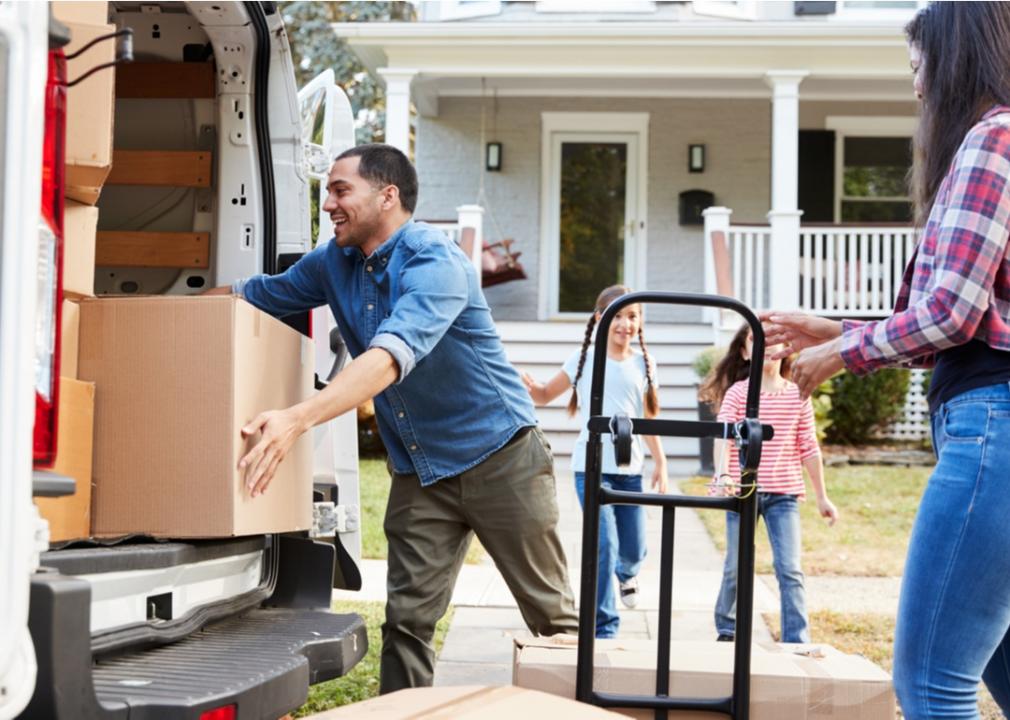 Buying a starter home was cheaper than renting

Throughout 2021, rent prices grew at breakneck speeds, increasing by an average of 20% from September 2020 to September 2021. This has been great for landlords, who are raking in huge profits from their rental units, but it has also caused rent prices to become more expensive than the monthly mortgage payments on starter homes in many cities across the nation.

In turn, lower- to moderate-income renters have had a tough time affording the available rental units—and that’s if they can even find any open properties in the midst of the ongoing rental shortage. And with renters no longer protected by federal eviction moratoriums, more and more people are facing homelessness for the first time ever. This has been especially troubling for marginalized communities, as the majority of the available or new construction rentals are high-dollar luxury units that come with extremely hefty price tags. 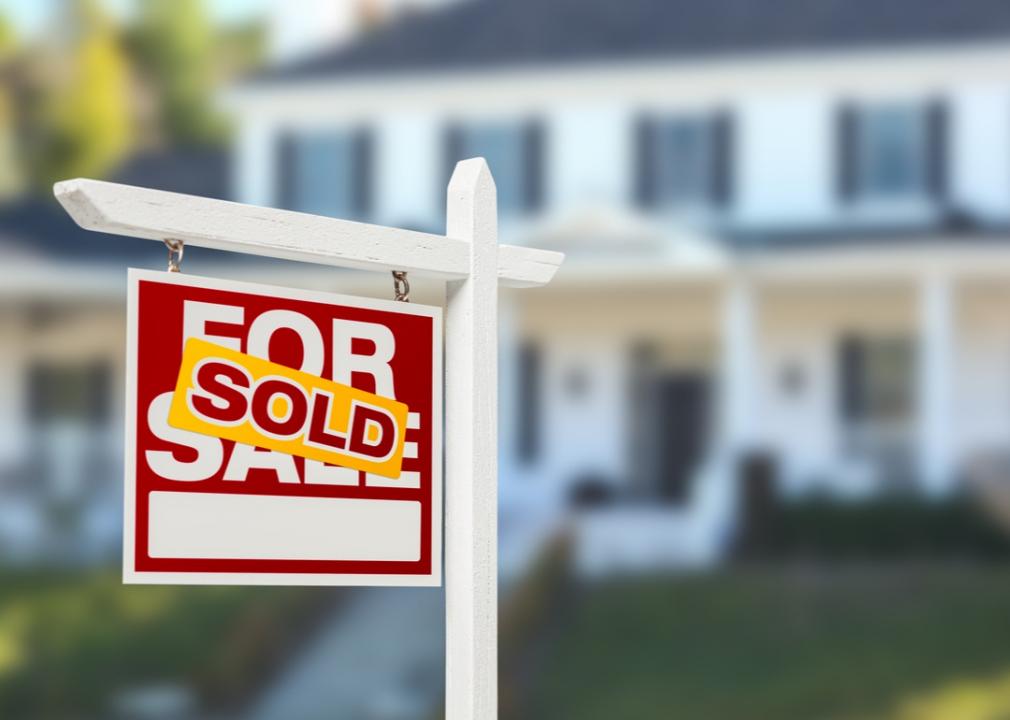 Rental properties weren’t the only types of properties to lack affordability in 2021. A huge influx of buyers and investors drove prices up throughout 2021 as they snatched up the available properties left and right. In turn, affordable homes were essentially wiped out, which made it extremely difficult for average buyers to afford a home purchase. For example, the median home price increased in 99% of all markets in the third quarter of 2021—and 78% of those markets saw double-digit increases in home prices.

National home prices also increased by a whopping 19.8% from August 2020 to August 2021. These types of huge price gains—though they rarely occur—were great for homeowners who were ready to offload their homes and cash in on the gains, but made it tough for buyers without significant amounts of cash to purchase homes. 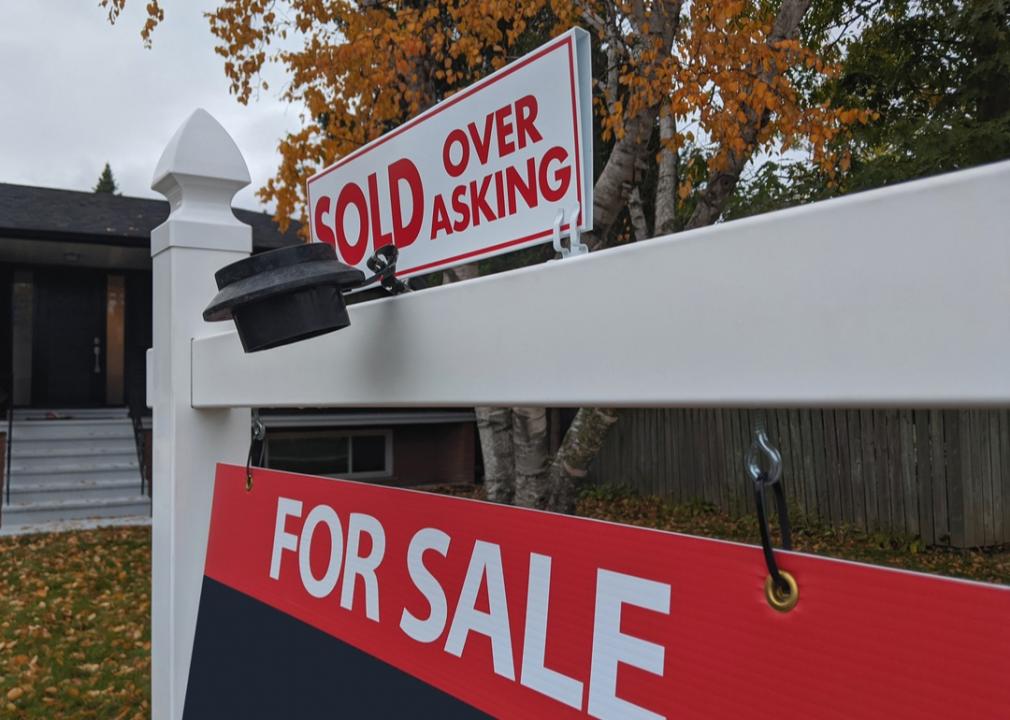 Housing inventory was extremely low throughout 2021, as buyers and investors attempted to capitalize on low mortgage rates and nearly instant equity from home purchases. And things got even more competitive later in the year when housing inventory dropped to new lows. This record decline in inventory was quite unusual given that the late fall and early winter months are typically the slow season for real estate.

The drop in inventory wasn’t just surprising—it also had a massive impact on housing prices. With less inventory comes an uptick in prices and quicker sales, as buyers have to compete for the homes that are listed on the market. In turn, a third of houses sold in less than one week during that time. 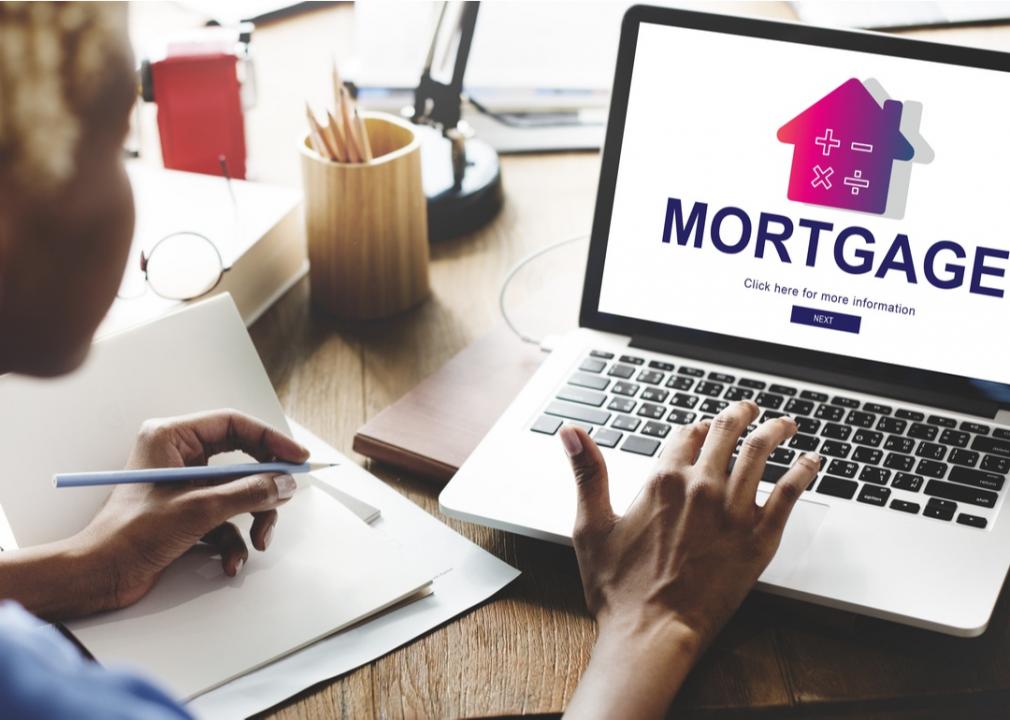 The requirements to qualify for a mortgage were pretty tight early in the pandemic, as lenders grew concerned about the pitfalls of layoffs and widespread income losses. With unemployment rates at record levels and a sluggish economy, lenders viewed borrowers as significantly riskier. That changed in 2021, though, as the economy picked up steam and unemployment rates plummeted.

As of August 2021, mortgage credit availability was up by 3.9% month over month, which indicated that lenders were loosening the reins of borrowing. With looser credit score requirements, down payments, and related criteria, a larger pool of borrowers could qualify for mortgage loans. Still, with extremely low amounts of housing inventory, there was a ton of competition for available homes—and the new pool of buyers simply added to the issue. 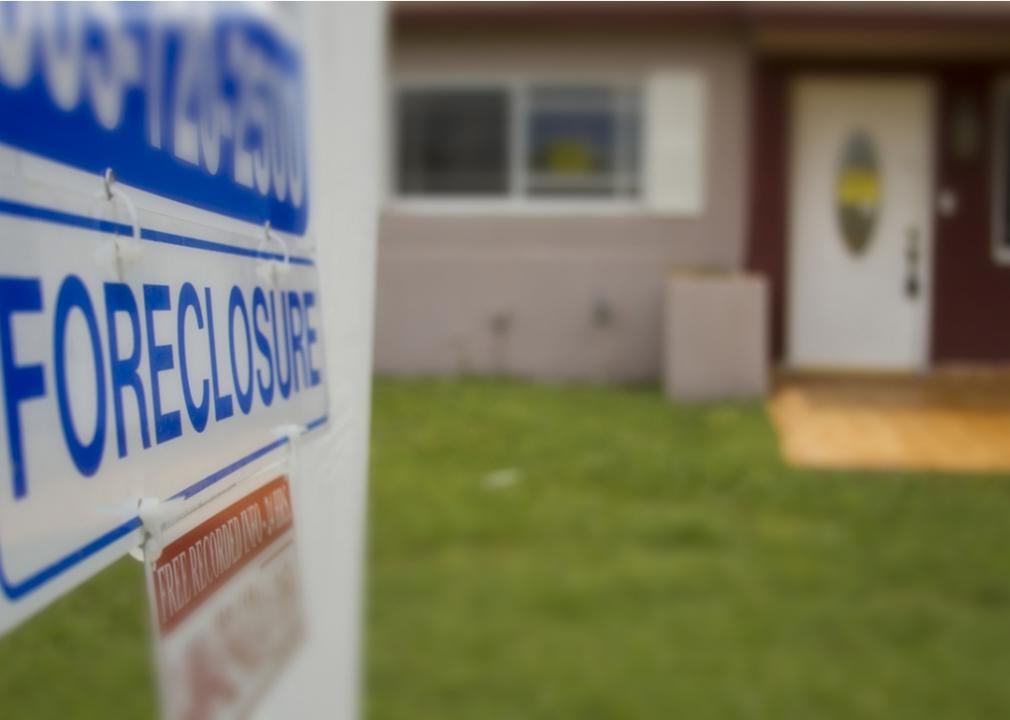 While an uptick in foreclosure filings is always troubling, this COVID-19-related uptick was especially concerning for people of color, who are statistically less likely to get access to relief that could save their homes than white homeowners in the same position. That said, foreclosure rates are still much lower than they have historically been, though that is likely to change as lenders take action on more and more distressed loans. 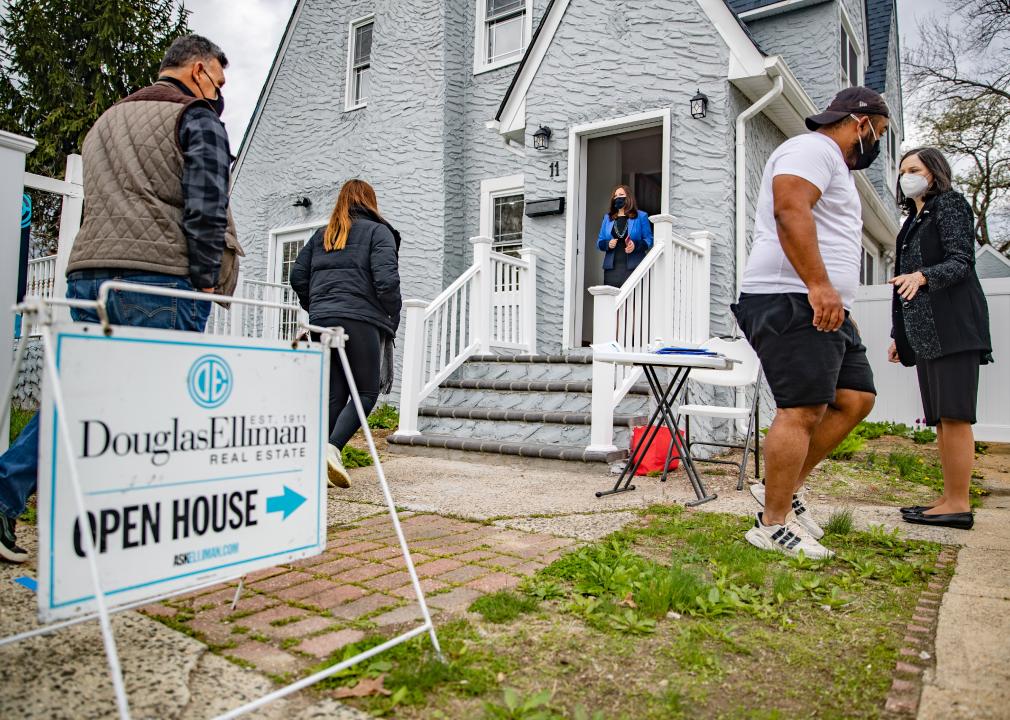 Investors flocked to the market

Investors bet big on the housing market in 2021 and it had a significant effect on the national housing market. Lured by the potential payoffs from rapidly increasing rents and home values, investors sunk a whopping $64 billion into approximately 90,0000 home purchases in the third quarter of 2021 alone. Those third-quarter sales amounted to an increase of 10% from the second quarter of 2021, and a jaw-dropping 80% increase compared to the year prior.

The national housing inventory was already significantly depleted at this point, and the investment frenzy helped to further wipe out the available homes on the market. This also pushed up home prices, as sellers were able to capitalize on the demand for the limited housing supply. In turn, it also added to the difficulty that regular buyers faced while looking for properties. 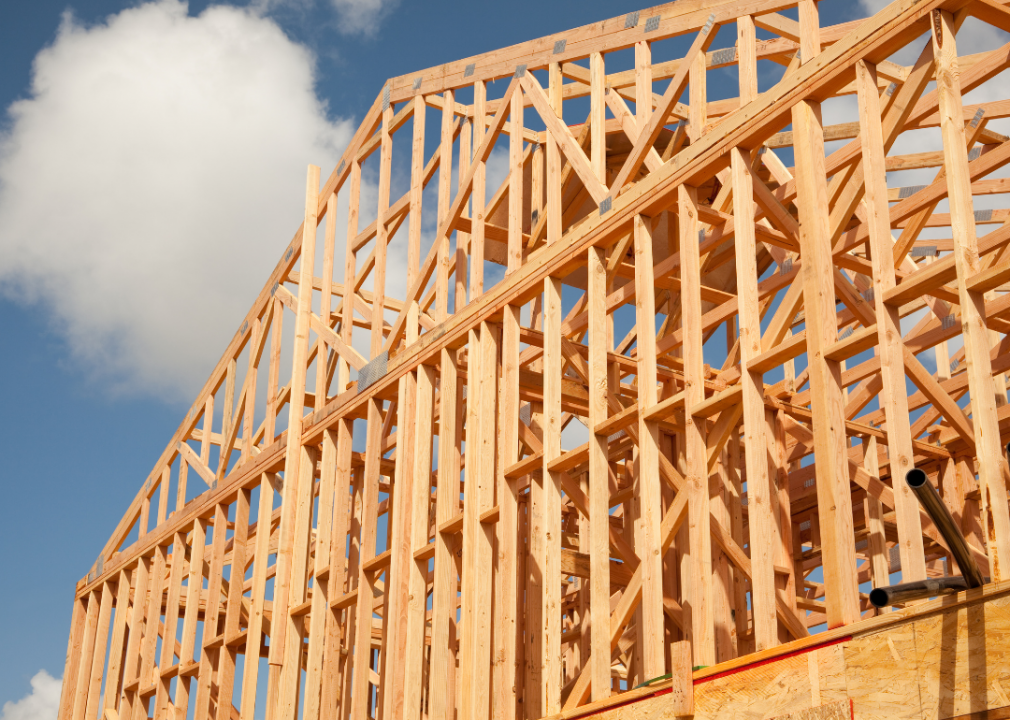 Housing was selling at a premium in 2021, so it would make sense that builders would kick the new construction projects into high gear—but that is not what happened. There were plenty of new home and multi-family projects planned and approved for 2021, but being issued a building permit did not translate to going forward with the project. In late 2021, the number of residential building projects that had been authorized for construction but had not yet been started had actually increased to a 15-year high.

One major catalyst for the issue was the sky-high cost of construction, which increased by a record-breaking 12.3% in October 2021 compared to the year prior. Other issues, like supply chain backups and rampant labor shortages, caused further problems, slowing construction to a halt and increasing the price of new builds. 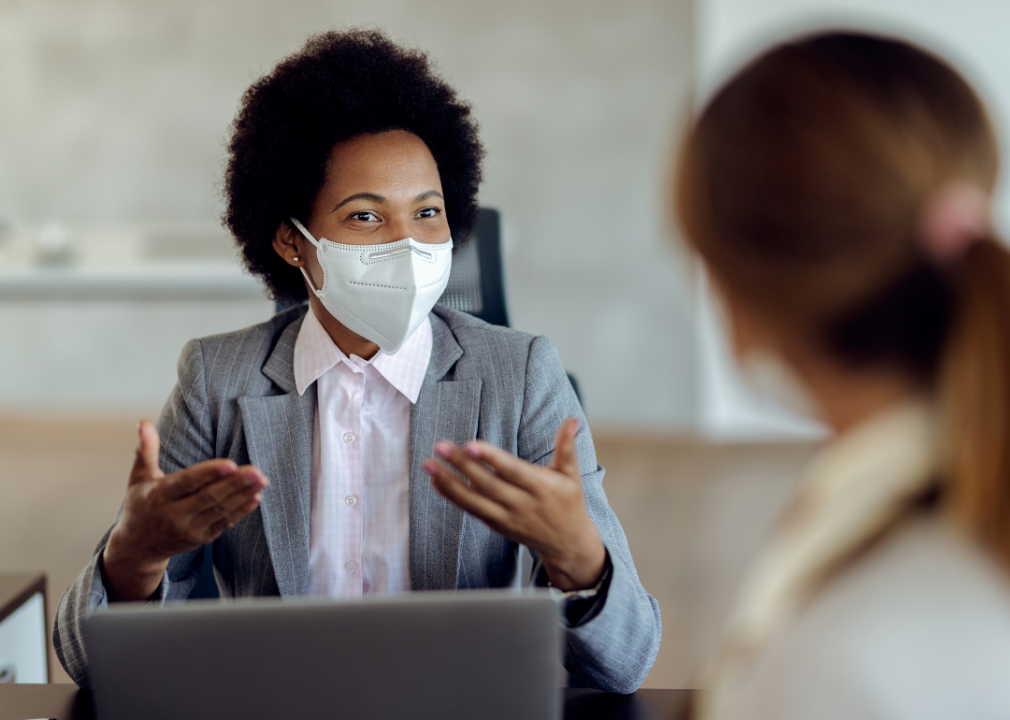 While rates did fluctuate throughout the rest of 2021, they still stayed extremely low across the board—which made it considerably less expensive to borrow money for a home. But while buyers flocked to lenders to take advantage of these rates, it was still incredibly difficult for most buyers to find a home. Cash buyers and investors were quick to snap up the available inventory in most markets, which made the buying market extremely competitive. 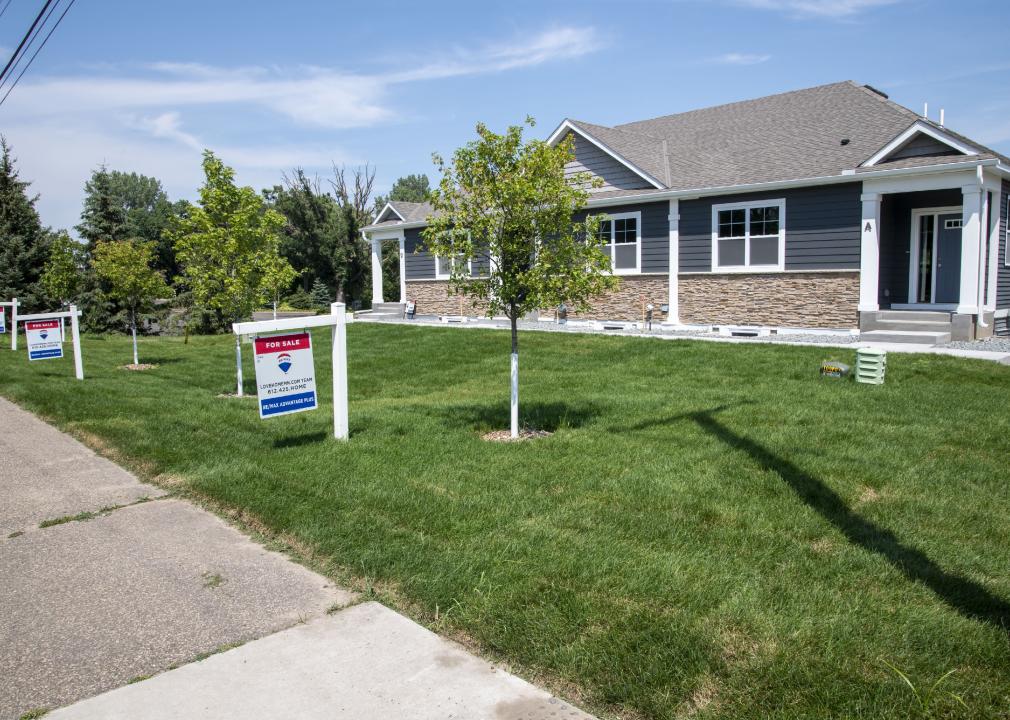 The pandemic has had a big effect on life and housing in smaller secondary markets. Remote work became the norm over the last year, which gave millions of people the option to work and live from anywhere they chose. And, rather than living and working in cramped inner-city quarters, swaths of metro area residents fled to smaller secondary markets, where homes were larger and more affordable.

As these markets were inundated with new residents, the price of real estate then climbed uphill at a rapid pace. In turn, home price growth in these secondary markets outpaced urban markets. By September 2021, the median price per square foot for homes in the suburbs was $212—about 18% higher than the price per square foot just one year prior. 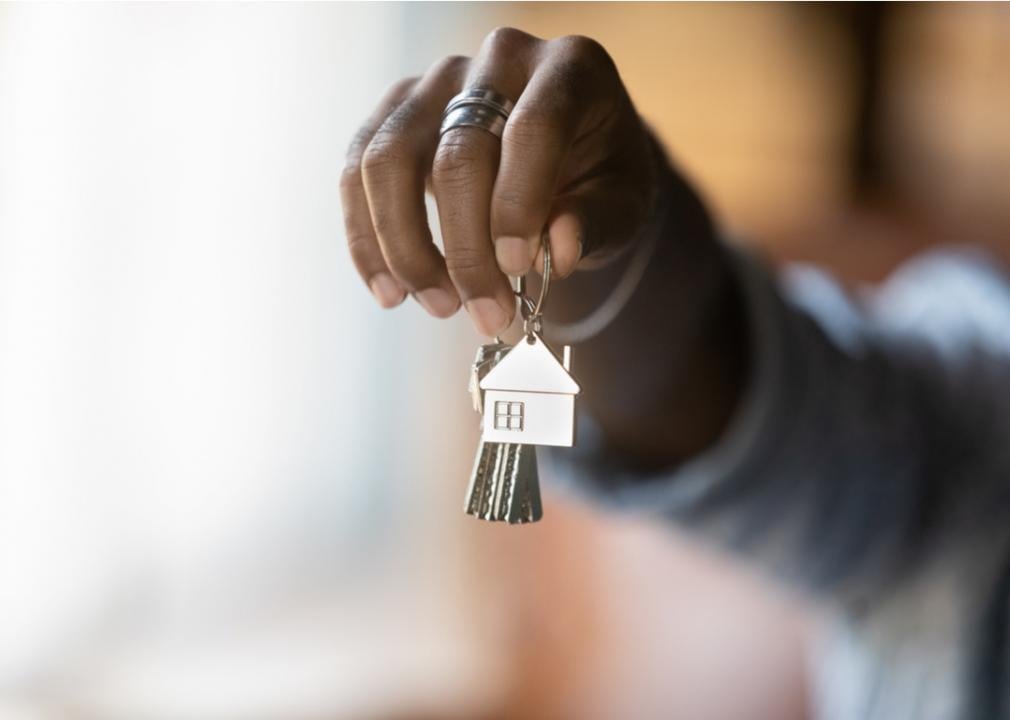 On average, it only took about a week for homes to find a buyer in 2021—the fastest rate in recent history. And buyers weren’t lowballing offers, either. Data shows that most sellers accepted offers for at least the asking price on the property—and 35% of sellers received offers over the asking price for their homes. Unsurprisingly, these quick, high-dollar sales were propelled forward by the record-low housing inventory, which forced buyers to compete for the purchase of homes.

To increase the chances of getting their offers accepted by sellers, buyers would offer over asking price in markets where competition was stiff and would have to jump on listings as early as possible to beat other buyers to the punch. 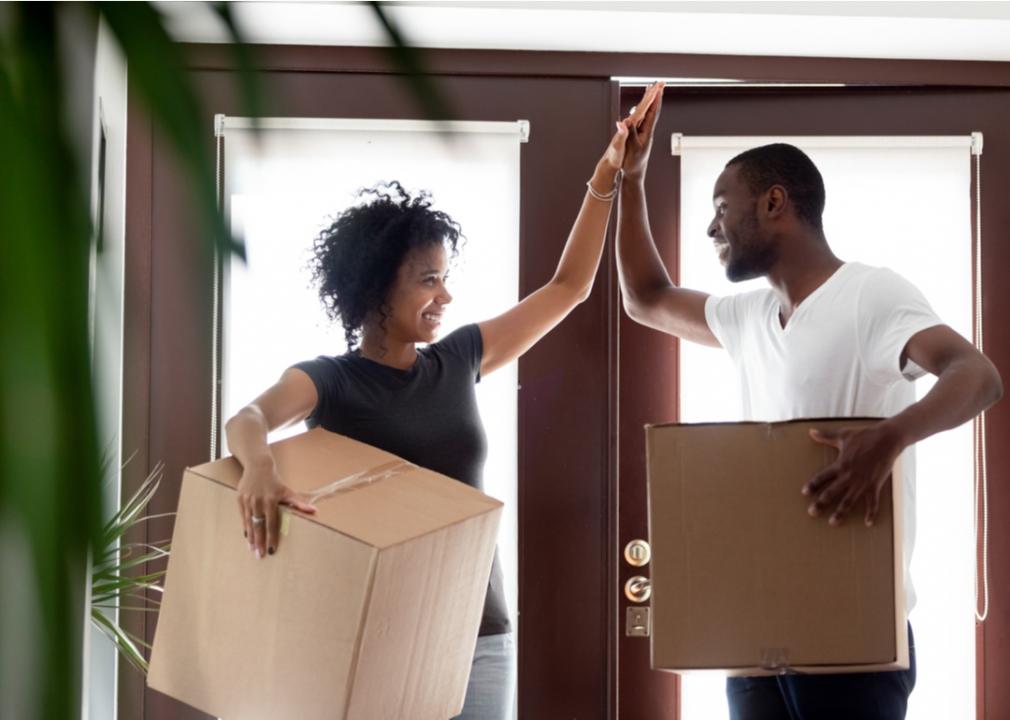 Cash offers were king in 2021, thanks to slews of investors and buyers who were eager to snatch up what little inventory was available on the market. By April 2021, all-cash home sales made up about 25% of the buying market, up by a whopping 10% from the year prior. And the rate of all-cash offers in April 2021 was even higher among non-first-time buyers, with these buyers comprising about 33.5% of all-cash home purchases.

This swift uptick in cash home purchases occurred due to extreme competitiveness in the market, which forced buyers to make offers that were as appealing as possible to set themselves apart. The rate of cash offers for second and vacation homes also surged throughout 2021 as more Americans shifted to remote work lifestyles and looked for investment opportunities within real estate. This trend made it more difficult for buyers with mortgage loans to compete for available properties, of course, but was a useful tool for buyers who could afford to take this route—especially in markets where inventory was extremely limited.