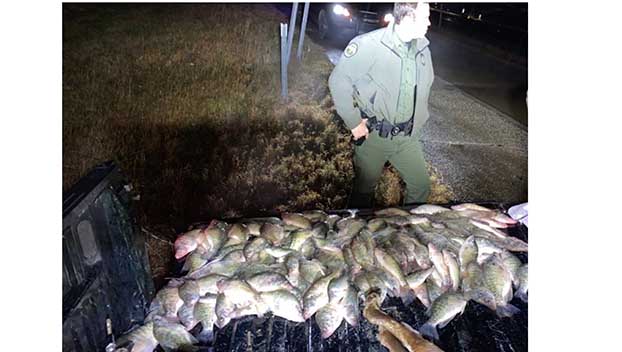 Two Mississippi fishermen were busted recently after state wildlife officials say they caught them with an illegal number of fish — well above the state maximum.

Mississippi Department of Wildlife Fisheries and Parks agents report that Corporal Brian Tallent responded to a call of suspicious activity at Enid Lake.

When Tallent arrived he reportedly found two fishermen who had exceeded the daily creel limit of crappie by 152 fish, along with other game law violations.

“We would like to thank the general public for reporting game violations thereby allowing our officers to further protect our state’s wildlife resources,” said MDWFP Col. Jerry Carter. “We would also like to thank Cpl. Brian Tallent for his work in this investigation.”