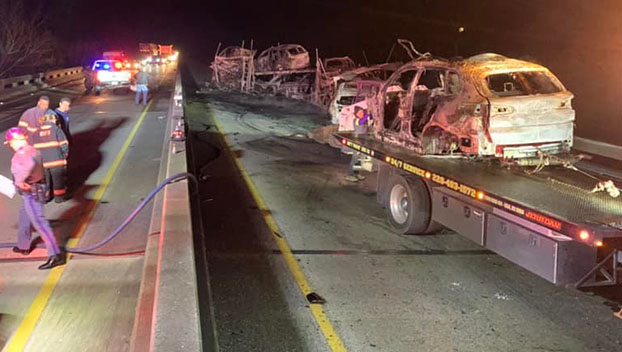 All lanes on a portion of Interstate 10 on the Gulf Coast near the Louisiana state line were closed down for nine hours after a tractor-trailer hauling cars hit a bridge and burst into flames.

The driver of the truck escaped the crash unharmed, according to the Mississippi Highway Patrol.

WLOX in Biloxi reports that all lanes of the interstate at the Pearl River Bridge are back open after authorities worked the scene and made sure the bridge is structurally sound.