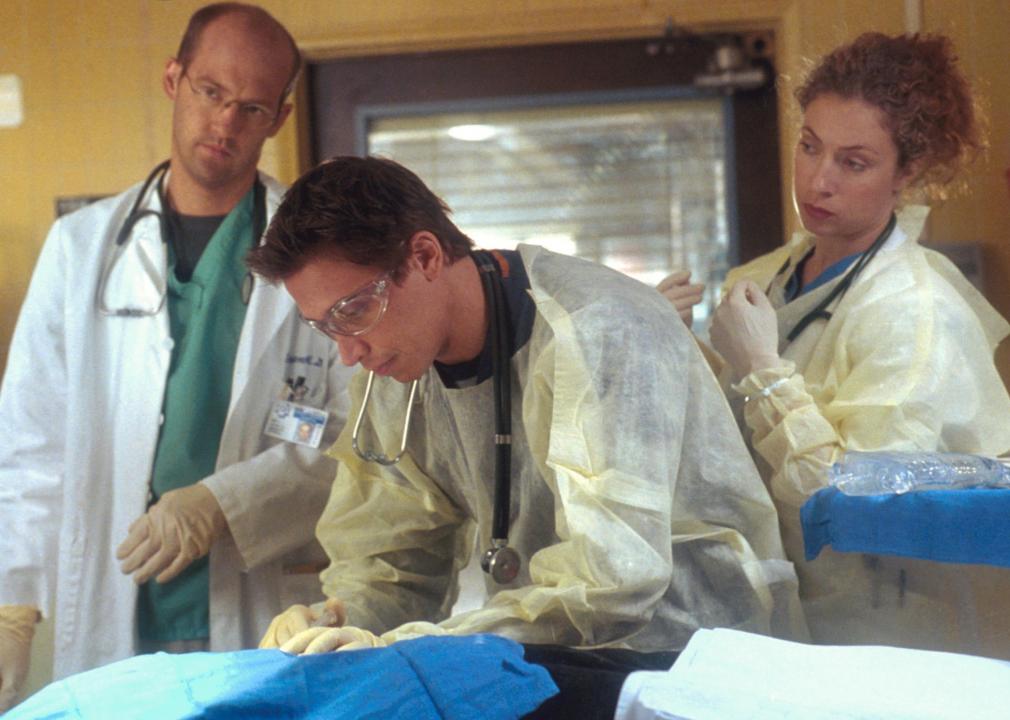 Fictional hospitals make for great television. Medical shows set romance and drama against a backdrop of life-and-death situations. After all, the writers do have to keep viewers glued to their seats for an hour.

However, what happens every week on medical dramas “Grey’s Anatomy” or “The Resident” is often not what happens in real life. No one wants to see Meredith Grey filling out a mountain of insurance forms. Real doctors don’t spend as much time with their patients as Conrad Hawkins. Some diagnoses are tricky, and may even take years, despite what House and his team would have viewers believe. And health care providers must follow a strict code of professional conduct, so JD and Turk’s shenanigans would never be tolerated, and Izzie would have thought twice before she cut Denny’s left ventricular assist device (LVAD) wires.

Ro researched common myths about the hospital care and medical procedures depicted on TV. Real doctors and nurses, as well as scientific literature, were consulted to find out what popular medical dramas get wrong. Here are eight common misconceptions about what you see on TV, versus what really happens in a hospital. 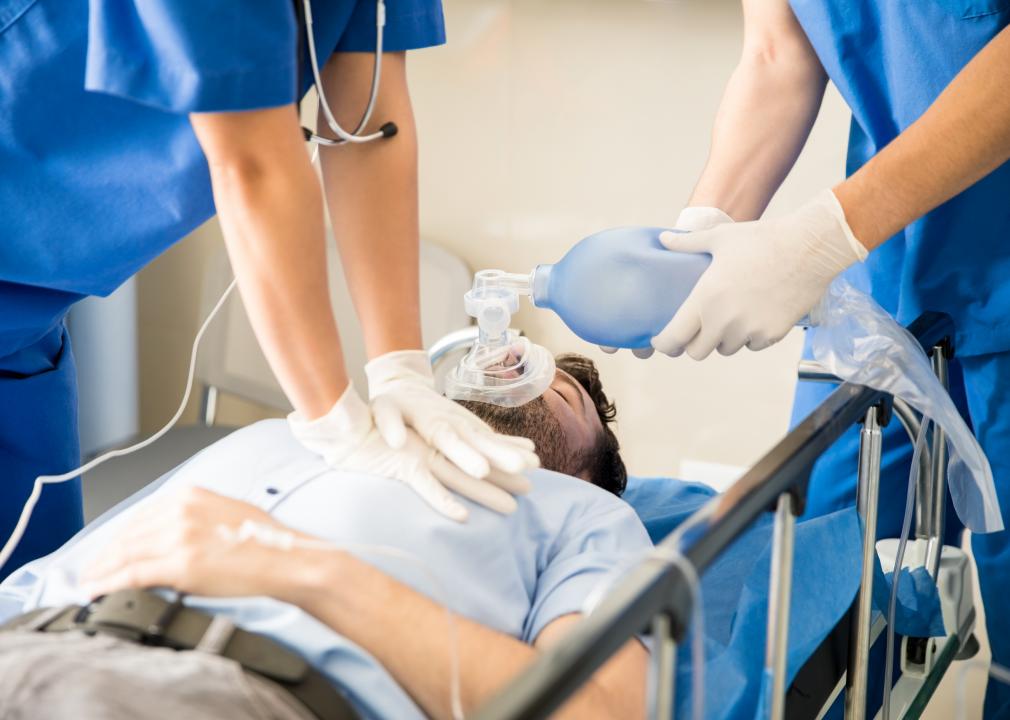 In real life, cardiopulmonary resuscitation (CPR) does not save lives as often as it does on TV. A 2015 study from the University of Southern California found that CPR was depicted 46 times in 91 episodes of “House” and “Grey’s Anatomy,” and the survival rate was about 70%.

However, a 2020 study published in South Korea found that, among a group of almost 6,000 patients who received in-hospital CPR, less than 12% survived and were discharged from the hospital. Approximately 90% of those who experience cardiac arrest outside of a hospital die, according to data from the CDC, but administering CPR in the first few minutes following a cardiac arrest can as much as triple survival rates—hence the importance of ensuring automated external defibrillators (AEDs) are widely available.

Medical shows and movies also take artistic license with how CPR is administered. A study published in May 2021 in the International Journal of Medical Sciences found that the optimal bed height for performing CPR is knee height of the person administering the compressions. In addition, if the patient is not on a hard surface such as a floor, a hard board should be placed beneath the chest, as a mattress can affect the effectiveness of compressions—details most medical shows ignore. 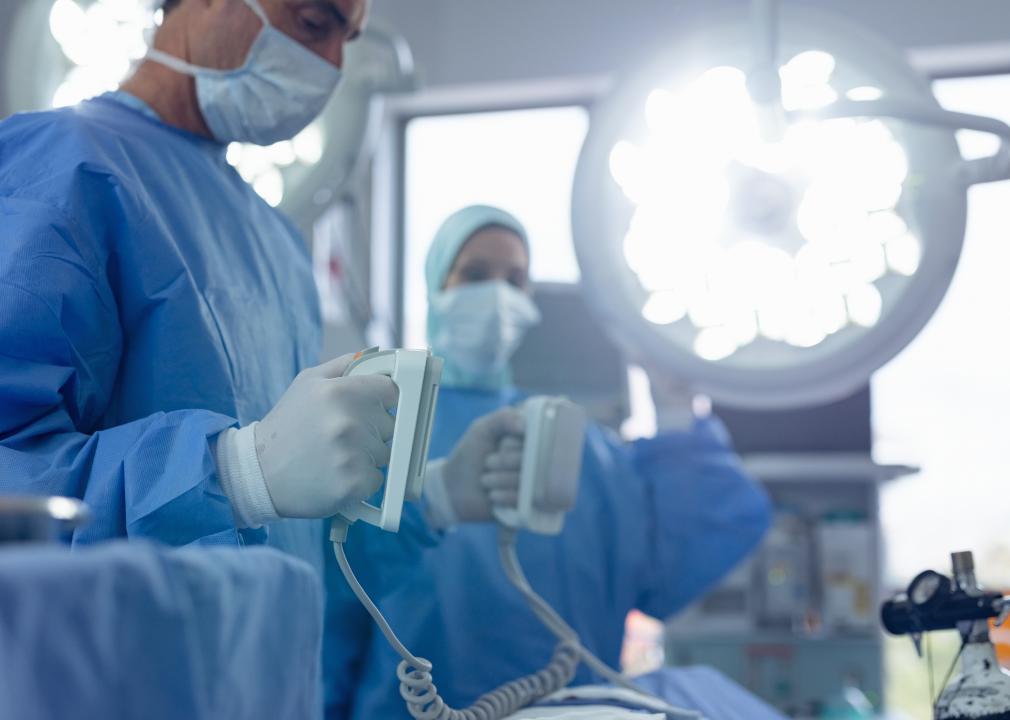 When you see squiggly lines on a heart monitor, you’re looking at is the heart’s electrical system. That system makes the heart beat rhythmically and pump blood to the body. Automated external defibrillators (AEDs) work like a “reset” button for your heart when the electrical activity isn’t rhythmic. AEDs can serve as life-saving devices for sudden cardiac arrests or life-threatening arrhythmias. Used in such cases, defibrillators save an estimated 1,700 lives each year.

Asystole, the most life-threatening form of cardiac arrest, is often irreversible. Also referred to as cardiac flatline, asystole is the state of total cessation of electrical activity from the heart, which means no tissue contraction from the heart muscle and therefore no blood flow to the rest of the body.

When patients in hospitals flatline, the heart has no mechanical or electrical rhythm and is, therefore, considered non-shockable. Using an AED in this situation would be like pressing the power button on a desktop computer that isn’t plugged in. Although TV doctors may use defibrillators to try and save flatlined patients, these machines would be of no use in real-life flatlining situations. The best treatments for asystole are high-quality CPR and epinephrine. 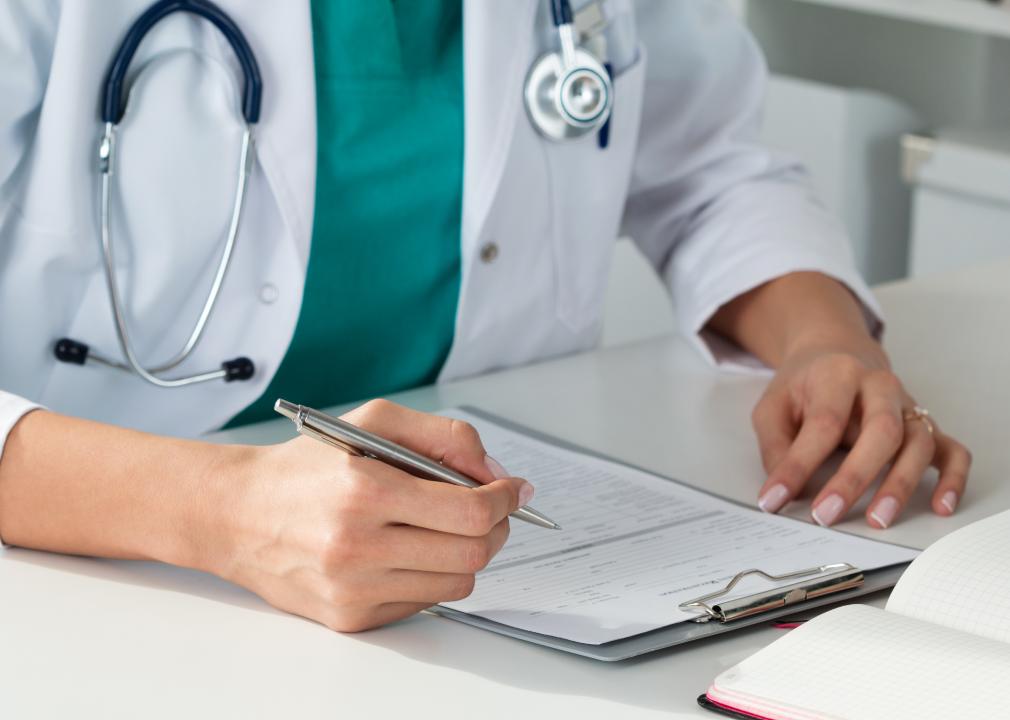 Various studies have concluded that some doctors may spend up to half their time on administrative tasks, with one 2014 study published in the International Journal of Health Services finding that most doctors spend roughly 17% of their working hours on paperwork.

Real doctors spend a lot of time on the administrative tasks that come with the job, whether reviewing and filling out charts or dealing with pharmacies. Medical TV shows also often leave out health insurance discussions between patients and nurses or doctors, along with errors in hospital billing and related insurance issues. 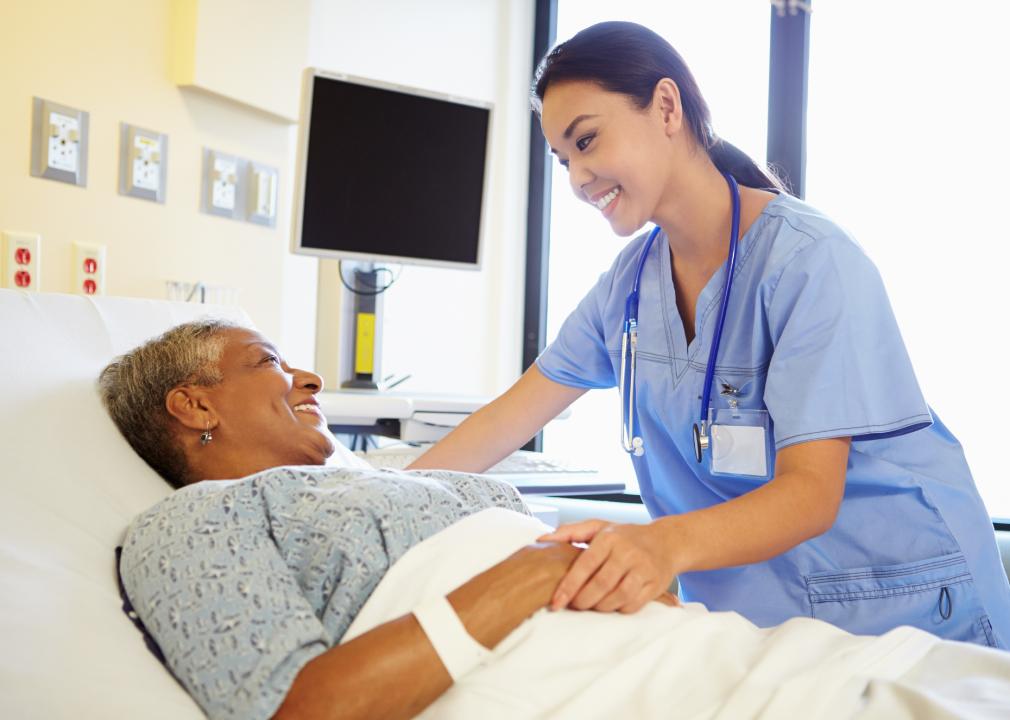 Doctors in real hospitals don’t spend as much time as those in fictional hospitals at patients’ bedsides. TV doesn’t depict all of the hospital personnel who provide routine care, from checking vitals to administering medication.

A study published in 2019 in the Journal of Hospital Medicine found that the average length of a physician visit to the bedside was just 7.31 minutes per patient. 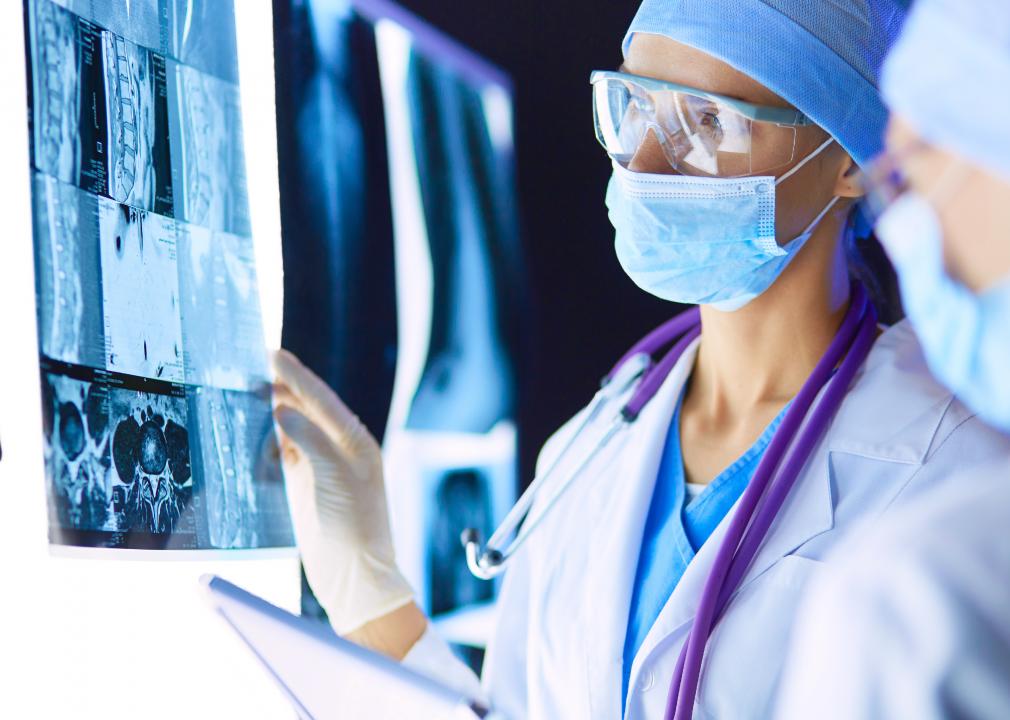 Real-life physicians rarely venture outside their fields of expertise, and often involve other specialists while gathering mountains of consults to avoid dabbling in areas that aren’t their forte. Medical guidelines are so detailed for each subspecialty that it’s close to impossible to stay up to date on everything a single patient needs during a hospital stay, so calling in an expert is common when it comes to issues related to specialties other than their own.

“For example, my prescribing the wrong antibiotic for an ear infection may delay my patient from getting proper treatment and put him at risk for complications from the infection,” Dr. Sarah Hull, a cardiologist at the Yale School of Medicine and associate director for its Program for Biomedical Ethics, wrote in an editorial for STAT. 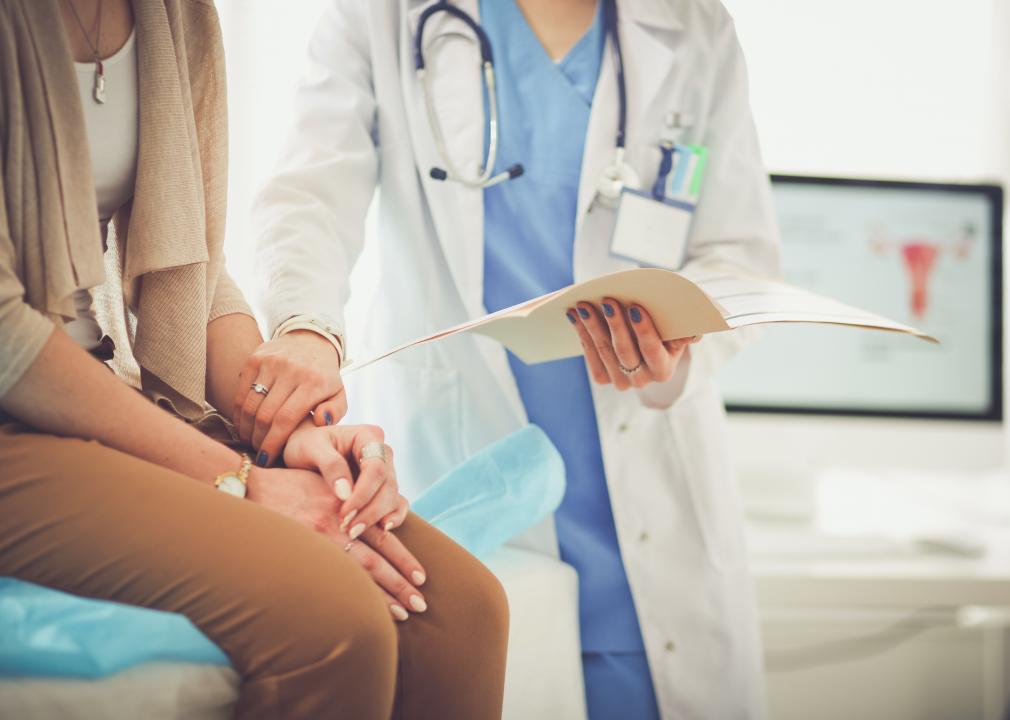 Diagnosing certain conditions, particularly ones that are less common, can be extremely difficult because most doctors don’t regularly come across them.

“Patients may enter what we call a ‘diagnostic odyssey,’” Dr. Anne Pariser, director of the National Institutes of Health Office of Rare Diseases Research, told the American Association of Medical Colleges. They can spend years going from doctor to doctor, and still not get an answer. “Patients start losing hope until they finally get referred to a specialist familiar with the condition,” she said. 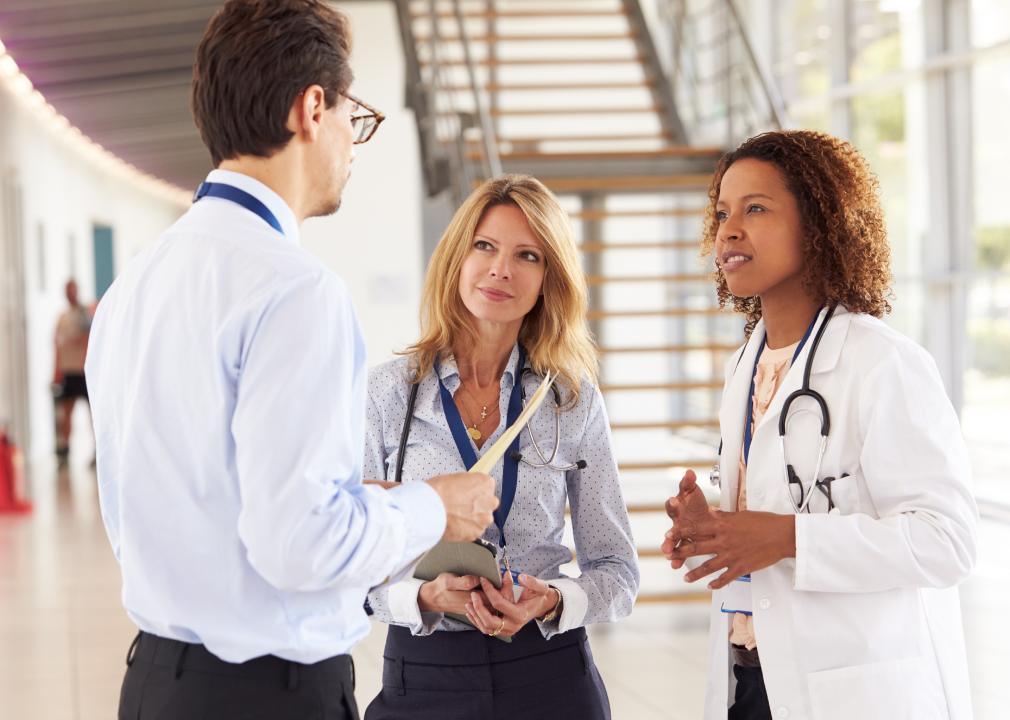 There is constant drama and socializing

The American Medical Association code of ethics strictly forbids romantic or sexual relationships between providers and patients. Such relationships may compromise patient care and ultimately be detrimental to the patient’s well-being. Patient-doctor relationships must legally be over prior to the pursuit of a romantic relationship.

While hospital romances do happen among doctors and other medical staff, the regularity of these relationships is nothing like the ubiquitousness of romantic tension portrayed on TV. 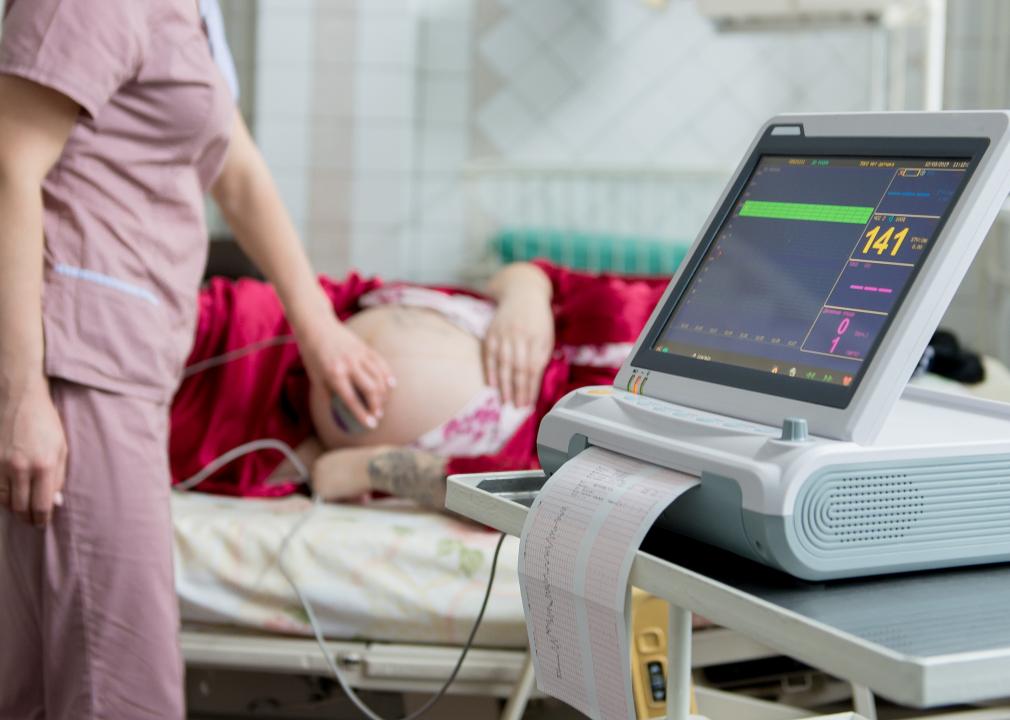 On TV, labor starts right after the water breaks and babies are born almost immediately thereafter.

In real life, contractions may start before the water breaks. Even if the water breaks first, it can be hours or even days before the baby arrives. In some cases, the water doesn’t break at all. That “water” is amniotic fluid that surrounds the baby during pregnancy. When the amniotic sac tears, that fluid spills out—sometimes dramatically, sometimes imperceptibly.

Often, labor can proceed without the water ever breaking and the nurses or doctors will break the water intentionally using special tools to speed up delivery.

This story originally appeared on Ro
and was produced and distributed in partnership with Stacker Studio.