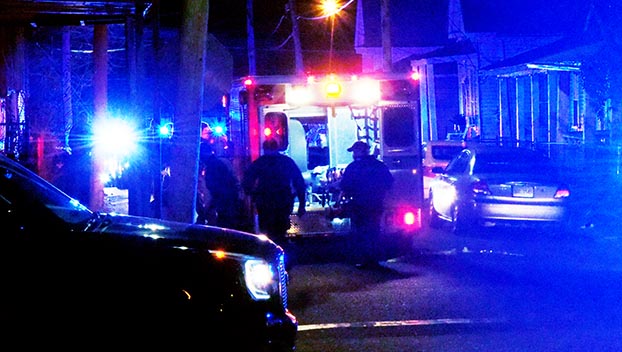 Two Adams County supervisors expressed their displeasure with the local judicial system, calling the Adams County Jail a revolving door because of the offenders who are released only to commit other crimes soon after.

The comments came during a Wednesday discussion regarding efforts to install Project NOLA cameras in high crime areas in the county. The discussion was held during the Board of Supervisors meeting, and supervisors questioned whether crimes captured on those cameras will lead to punishment of the offenders.

Gray and other supervisors were reacting to a spate of shootings and crimes that have taken place so far in 2022, including three days of shootings incidents within Natchez city limits and two fatalities, including the death of a man who was allegedly shot by a Michael “Traedoe” Thomas.

Thomas, who was released from the Mississippi Department of Corrections in 2021 without serving the entirety of his five-year sentence for aggravated assault, was arrested by officers from the Natchez Police Department on Dec. 1, 2021, for being a felon in possession of a stolen handgun. Thomas was released on bond after that arrest by Natchez Municipal Court.

“I asked the question last time we were talking about these cameras. Can we arrest people based on what is on these cameras? The response was a chuckle. I was told we can arrest, but whether the criminal gets prosecuted is another story,” Wilson said.

“The sheriff is doing his job. And the Natchez Police Department is doing its job. Then they turn it over to the DA, and nothing happens,” Wilson said.

Gray said he was not going to single any one person out as being responsible for criminals being let out of jail to offend again.

“At the end of the day, this was going on way before she (Collins) was elected. The important thing is we get everyone to the table and come up with a solution,” he said.

“We have 185 or so felons on the books and we are taking maybe five per grand jury term. If she (Collins) does not come forward and do a better job, I am afraid homeowners are going to end up killing people. I’m afraid they will get so fed up with this, people are going to take things into their own hands.” Wilson said after the meeting. “If they are indicted, nothing ever happens. She ran as being soft on crime and that’s what’s happening. That’s hurting the community. The voters need to know about this. Then, they can vote accordingly… I’m tired of seeing this turn key crap.”

Collins, contacted after the meeting for her response to the criticism, said Wilson’s comments are not true.

“As far as the number of indictments are concerned, we indict no less than 25 cases per (grand jury) term,” she said. Adams County holds six grand jury terms per year, she said. “I know I indicted over 100 cases last year, so where he got that number from, I don’t know.”

When asked about the number of suspects being held in the Adams County Jail since 2018 or longer, Collins said those cases are out of her control.

“Those people have been indicted and their hearings are being continued for a number of reasons, either their attorneys have requested a continuance or we haven’t been able to seat a jury because of COVID or other reasons,” she said.

Collins said she would be happy to discuss the issue with the board of supervisors.

“If that is a concern, I would be happy to come to a board meeting. All they have to do is send an invitation,” she said.

“Everybody doesn’t work for everybody. They work with different levels of enthusiasm,” Patten said. “I can tell you this. The sheriff’s office gives you 100 percent. I’m not trying to slight the judges or the DAs, but we need to push our people. Everyone doesn’t work with the same level of urgency. We need everyone on the same page.

“I can bring issues to the DA, but that’s up to them how they deal with it. I will say this: The cameras take away excuses,” Patten said. “I can’t make these people go ahead and present to the grand jury. I can’t make the judge do certain things.”

He said one repeat offender has come through his jail more than 20 times, having been arrested 23 times since he was 17.

Patten said he is willing to “sit and talk with anyone who wants to talk.”

He also said the county and city should pool resources together to bring back the Adolescent Offender/Opportunity program. Federal funding for that program was cut several years ago.

“When that program was canceled, the murders became more frequent,” Patten said. “Canceling that program took away the one solid role model some troubled teens had. After that, there were no less than seven murders committed by teens who were in the program.”