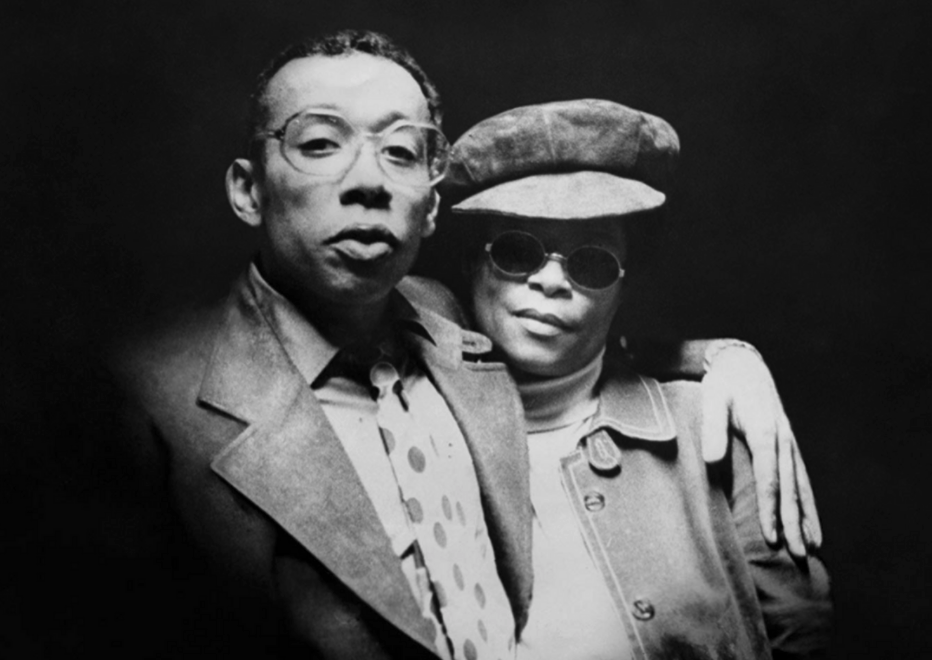 True crime is having a moment as a highly sought-after genre in books, television, and film. Whether it’s an exploration of a serial killer’s crimes or a tale of a spurned lover who gets revenge, and featured on big streamers from Netflix and Hulu to cable giants like HBO, the genre has found its way into the hearts and psyche of audiences everywhere. Film documentaries are one medium used to tell these horrifically awful and thoroughly interesting stories.

Stacker looked at the top-rated documentaries on Metacritic and ranked the top 25 true crime documentaries on the list. The films’ IMDb user ratings serve as a tiebreaker. To qualify, the film has to be about real crimes. From rampant war crimes to economy-crippling financial crimes to cold case murders, all kinds of crime were considered.

Whether it’s a hostage situation gone wrong on a bus in Brazil, the hideous abuse of power by a doctor who treated young women, or the murder of a Black Panther party member, these stories get to the heart of the truth behind some of the most heinous crimes. They tell incredibly important tales that are difficult to imagine, and that are often hard to watch, and audiences can’t get enough of them. 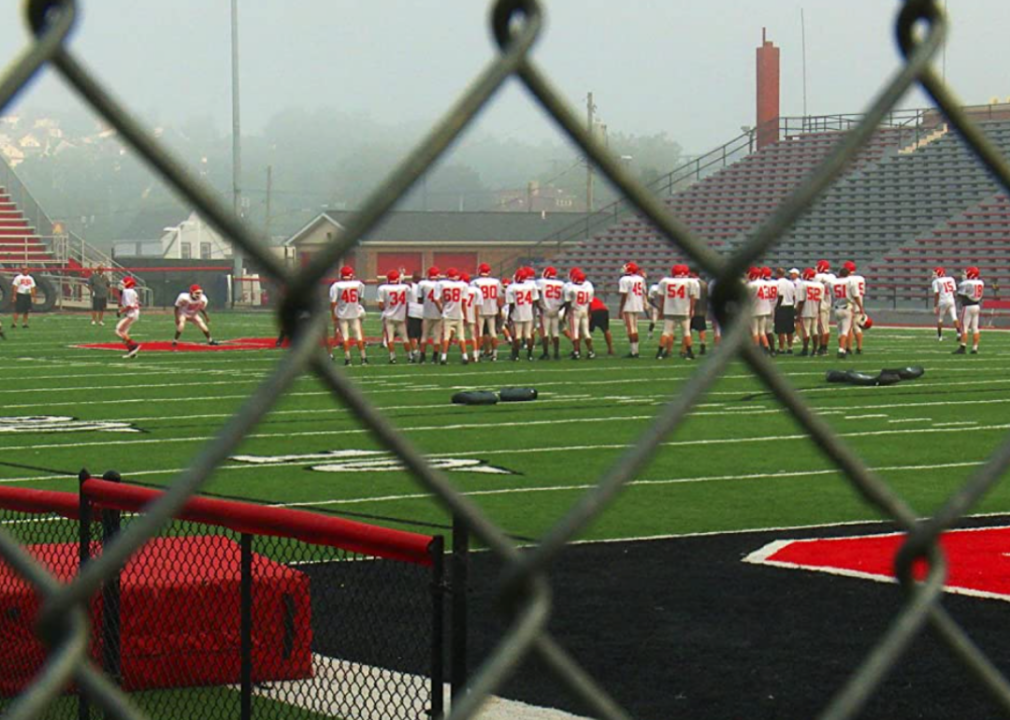 “Roll Red Roll” examines the proverbial belief “boys will be boys,” rape culture, and the role of social media when it comes to teenage bullying. In Steubenville, Ohio, a teenage girl was assaulted by members of the high school football team, and this documentary explores the night it happened, at a pre-season football party, and the events that occurred as a result. Crime blogger Alexandria Goddard uncovered evidence on social media that led to the most disturbing aspects of the case, including the role of parents, teens, and teachers in covering up the crime. 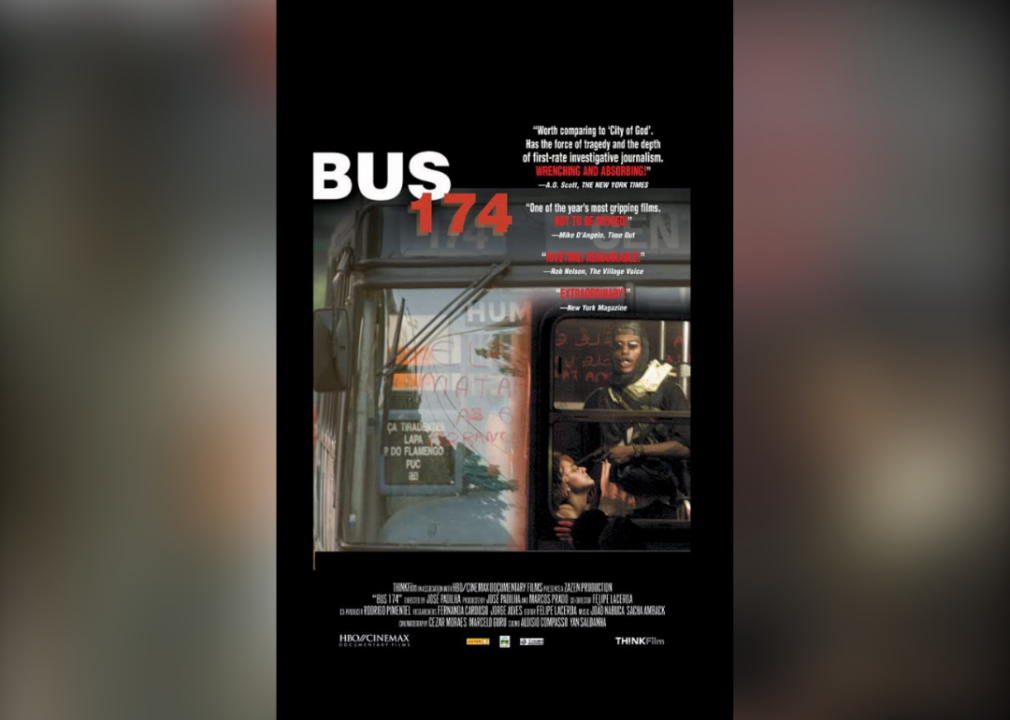 This Brazilian documentary film marked the directorial debut of filmmakers José Padilha and Felipe Lacerda and examines how passengers on Bus 174 were held hostage in Rio de Janeiro by a man with a gun. The film focuses not only on the event but on the disturbing and tragic background of the offender, Sandro do Nascimento, and the flawed police response. Brazilian television aired the taking of Bus 174 live and the climactic ending event. 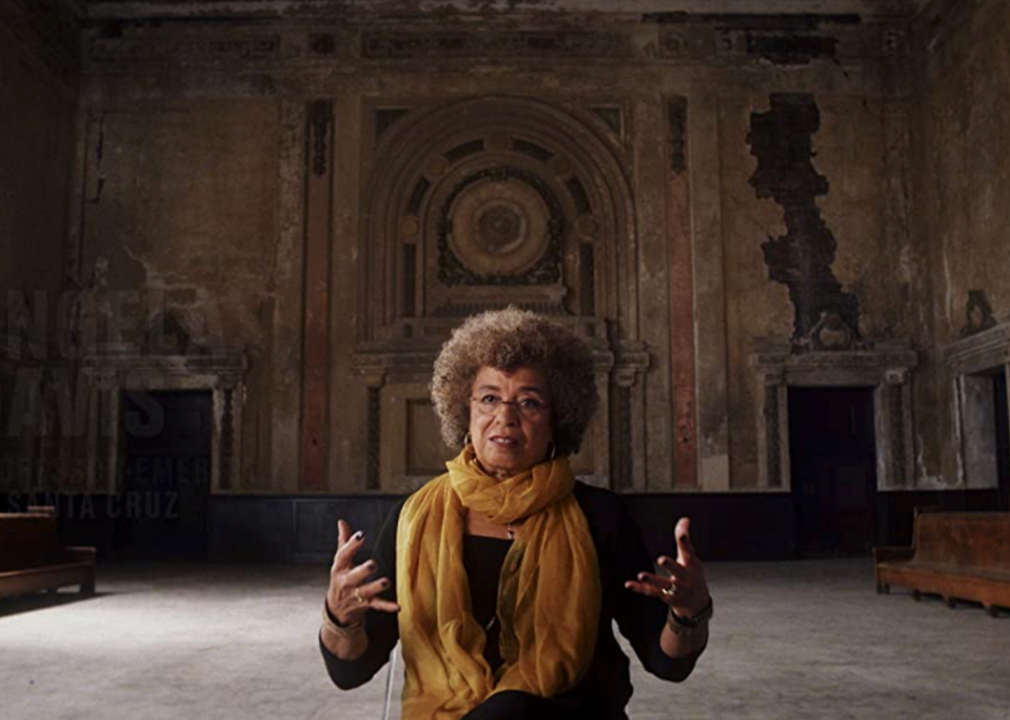 This Netflix original documentary focuses on the disproportionate amount of Black Americans who are incarcerated in the United States. Filmmaker Ava DuVernay touches upon the war on drugs, Emmett Till, the Civil Rights Movement, and chattel slavery to shine a light on the racial inequality inherent in the U.S. prison system. “13th” was nominated for an Oscar and won four Emmys, and is titled after the 13th amendment to the U.S. Constitution, which abolishes slavery except as a punishment for a crime. 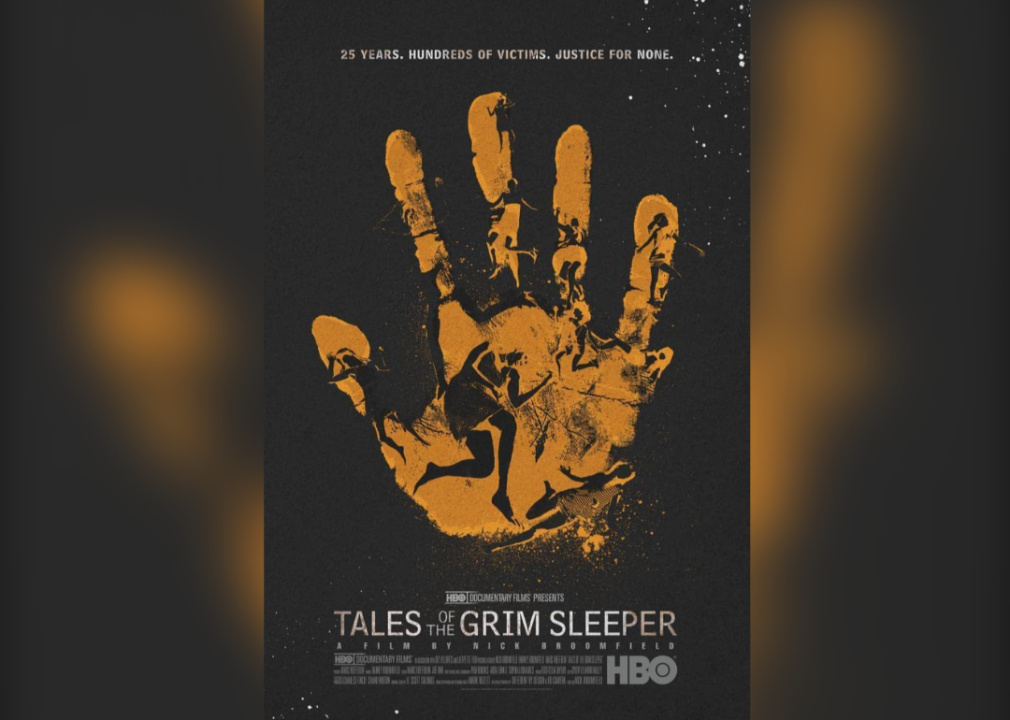 A serial killer terrorized South Central Los Angeles for more than two decades, and the case remained unsolved until 2010 when Lonnie Franklin Jr. was identified as the Grim Sleeper, using DNA. Franklin was convicted of murdering 10 women and may have killed many more, though he died in San Quentin State Prison in 2020 while on death row. Director Nick Broomfield provides a thorough exploration of the case in this award-winning documentary. 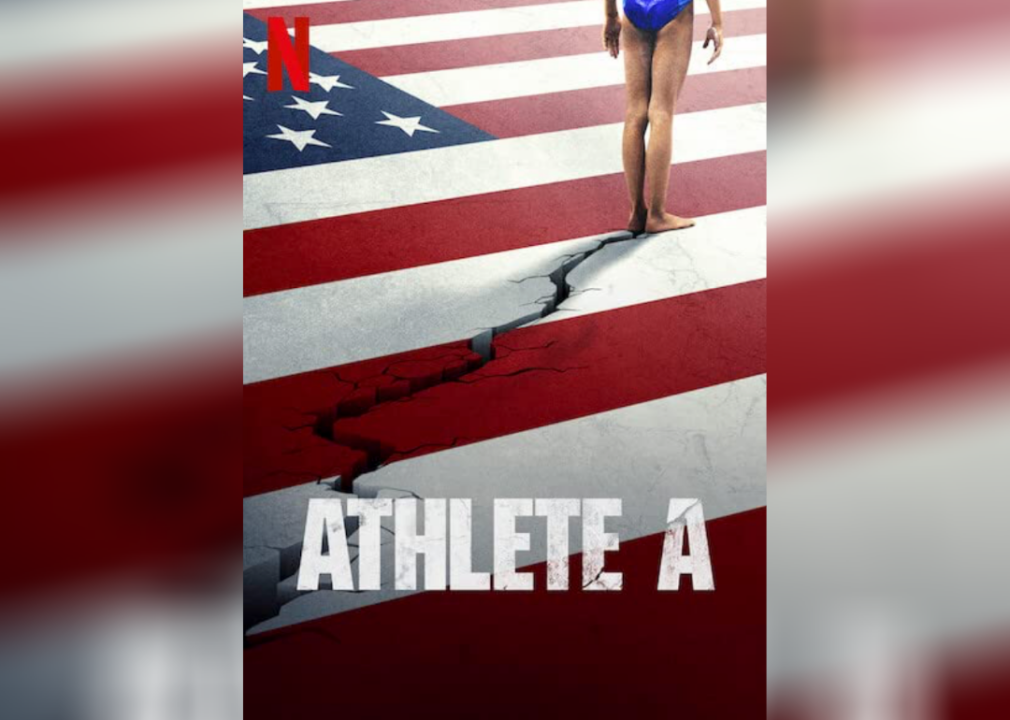 “Athlete A” focuses on Dr. Larry Nassar and the sexual abuse he subjected female gymnasts to as the team doctor for the women’s national gymnastics team. The Netflix documentary also brings the women and athletes who were Nassar’s victims to the forefront, allowing them to tell their stories. The Indianapolis Star reporters who broke the story also offer their insight.

You may also like: Best and worst Leonardo DiCaprio movies 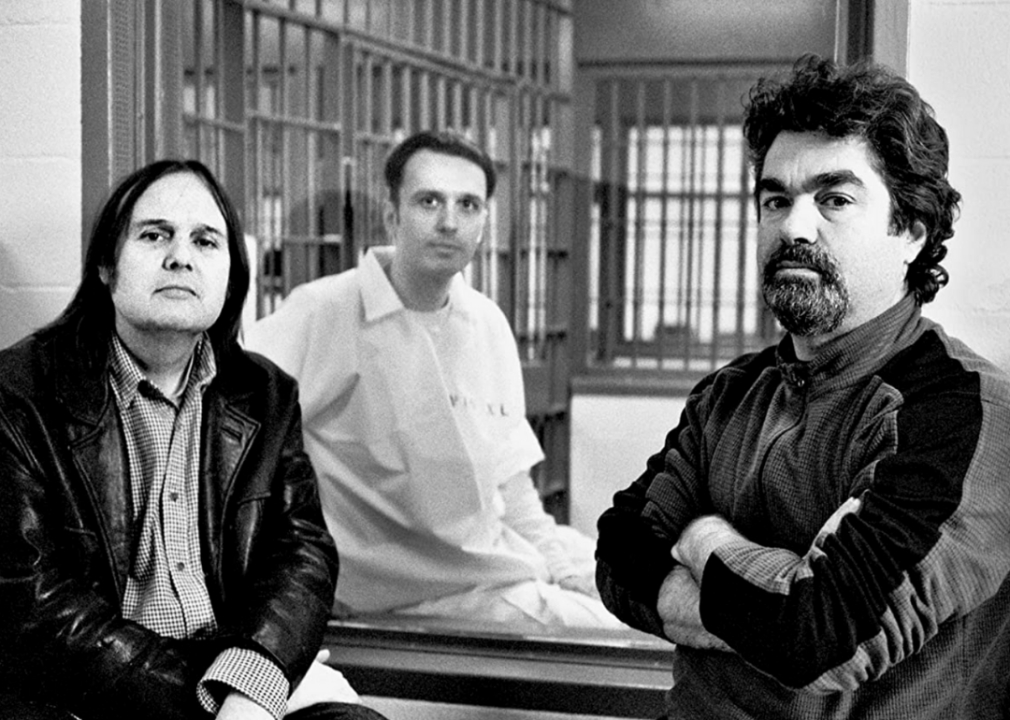 Nominated for Best Documentary Feature at the 84th Annual Academy Awards, “Paradise Lost 3: Purgatory” provides a further examination of The West Memphis Three. The film reveals how new DNA evidence made their exoneration and release on Aug. 19, 2011, possible. 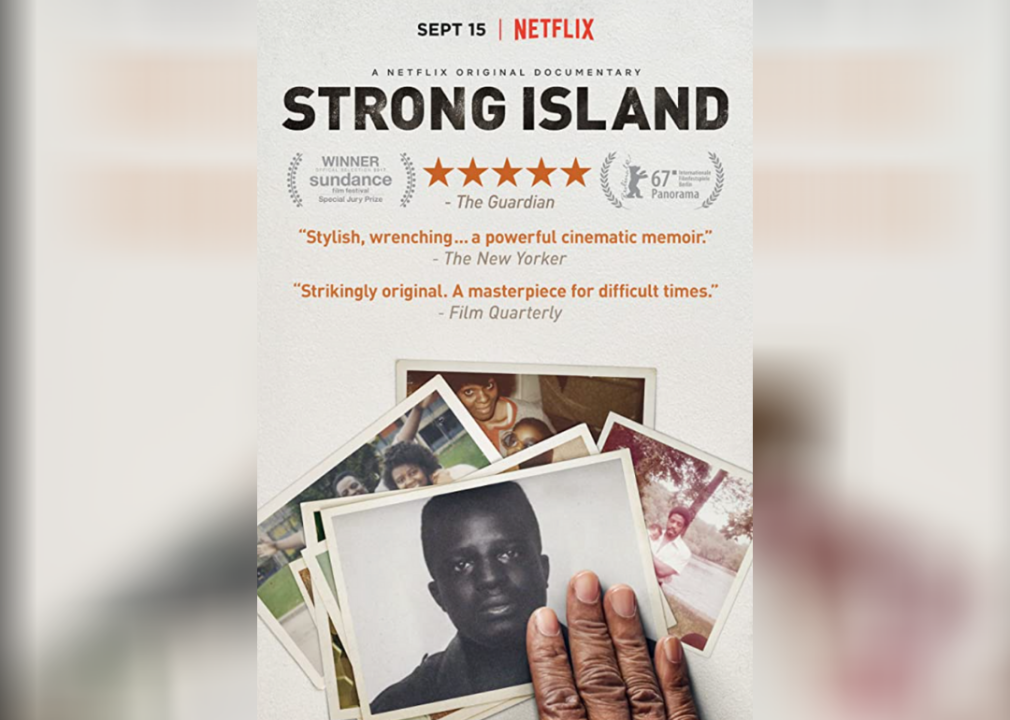 Filmmaker Yance Ford tells the story of his brother, who was murdered at 24 by a white man who was later set free. Ford’s film is a portrait of a family that moved from the South to try to escape racism, worked hard to obtain the American dream, and was ultimately shattered by horrific and unimaginable loss. “Strong Island” was nominated for an Academy Award. 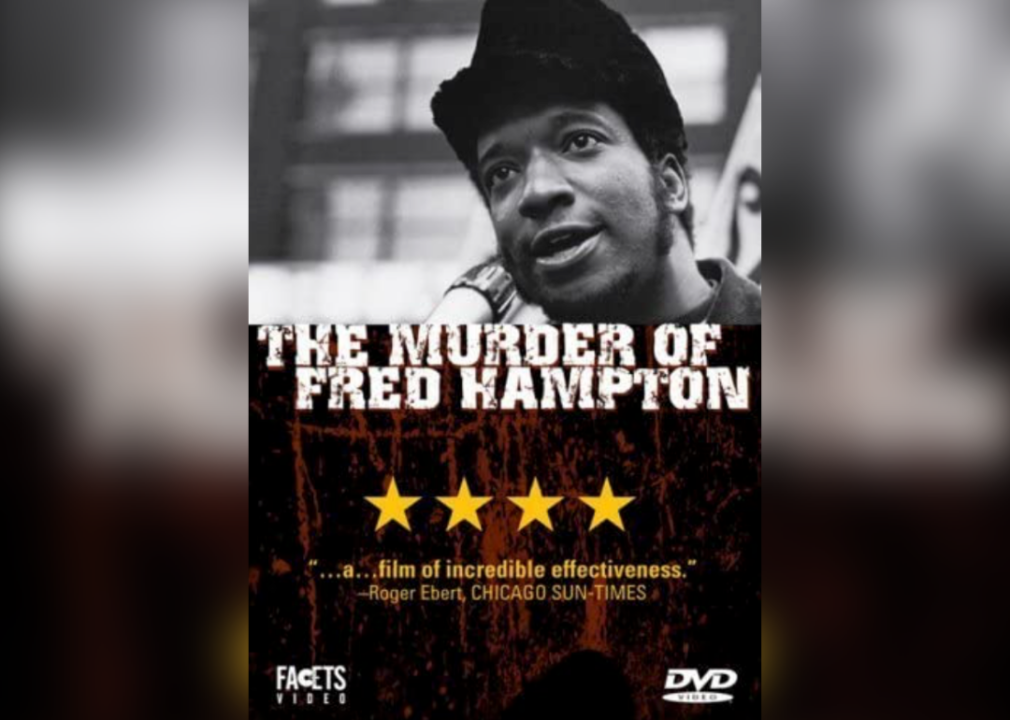 Black Panther Party member and the leader of the Illinois Chapter Fred Hampton was murdered Dec. 4, 1969, by the Chicago police when they raided his apartment. This documentary examines Hampton’s murder and the investigation that followed it. Filmmaker Howard Alk also provides a look at Hampton himself, including his role in organizing the Chicago chapter of the Black Panther Party, his many speeches, and even the community programs he helped organize. 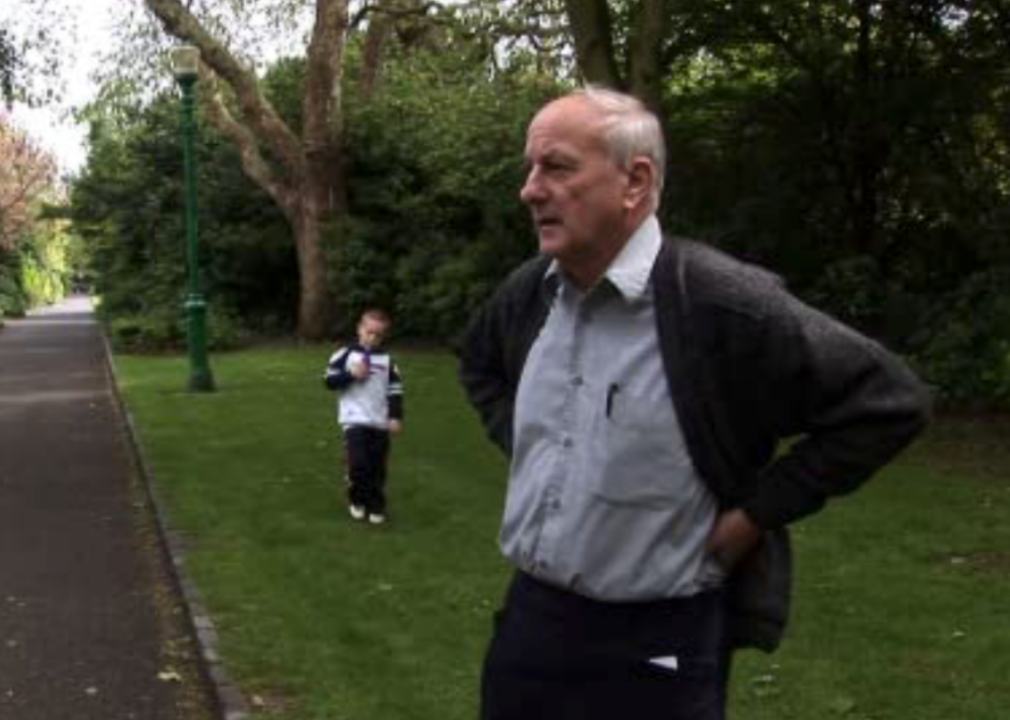 Amy Berg documents the relocation of Father Oliver O’Grady to Catholic parishes around Los Angeles in the 1970s. This was a deliberate move by the church to cover up O’Grady’s role in the rape of children. The documentary also explores the Catholic Church’s handling of the sexual abuse of children, and the audience hears from victims, experts, and O’Grady himself. 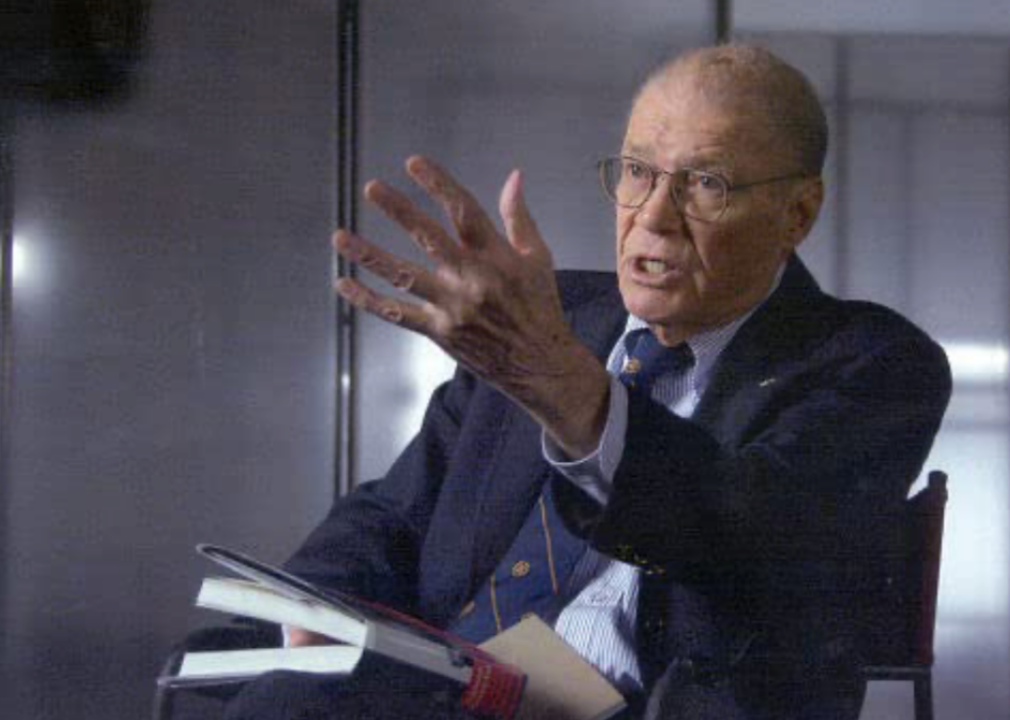 “I think the human race needs to think more about killing. How much evil must we do in order to do good?” so asks former Secretary of Defense Robert McNamara, who served under both John F. Kennedy and Lyndon B. Johnson, in this critically acclaimed documentary by award-winning filmmaker Errol Morris. Morris uses archival footage and allows McNamara to share his views on modern warfare and the controversial role he played in its history. “The Fog of War” won an Academy Award for Best Documentary Feature. 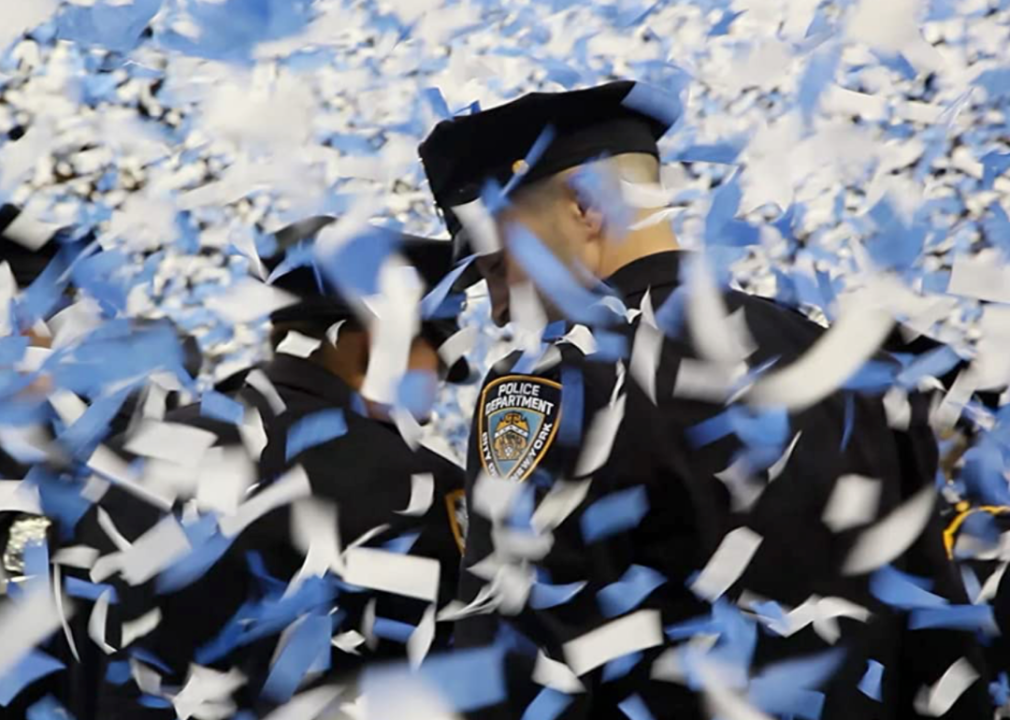 This Hulu documentary is about the NYPD 12, a group of whistleblowers, and how they came forward to expose the corrupt practices surrounding illegal quotas for arrests and summons issued mainly to minorities. Writing for Collider, Matt Goldberg says of “Crime + Punishment“ and its filmmaker, “Maing, with the help of his brave subjects and the damning evidence they collect, breaks down how racist outcomes are the result of tribalism, bureaucracy, and money.” “4 Little Girls” focuses on the 1963 church bombing that claimed the lives of four Black children in Alabama. Filmmaker Spike Lee examines the events leading up to the bombing, which served as a wake-up call to the nation during the Civil Rights Movement. The film received an Oscar nomination for Best Documentary Feature. 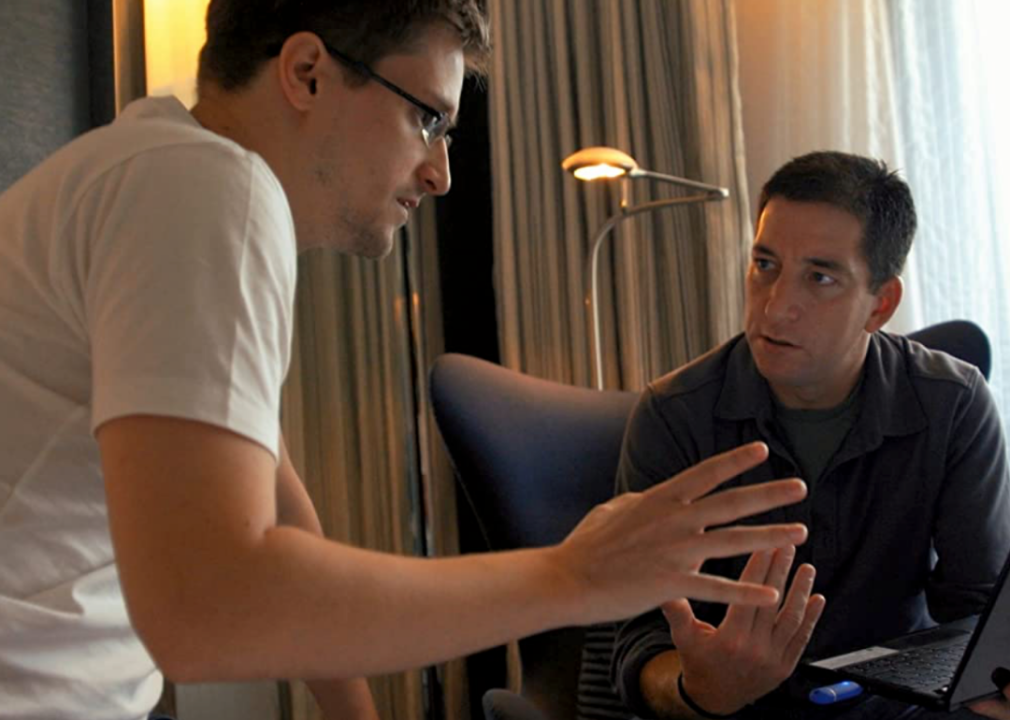 Former computer intelligence consultant Edward Snowden is the subject of “Citizenfour.” Snowden’s leaking of classified documents from the National Security Agency, for whom he worked, prompted a serious examination of civil liberties in the U.S. Filmmaker Laura Poitras met with Snowden after he sent her encrypted emails about the covert surveillance programs run by the U.S. government. Writing for the Boston Globe, Wesley Morris calls “Inside Job,” “scarier than anything Wes Craven and John Carpenter have ever made.” The documentary, narrated by actor Matt Damon, focuses on the 2008 financial crisis and the events and circumstances that led up to and caused it. Interviews with politicians, journalists, and financial insiders, alongside research, provide a thorough look at one of the greatest financial disasters since the Great Depression. 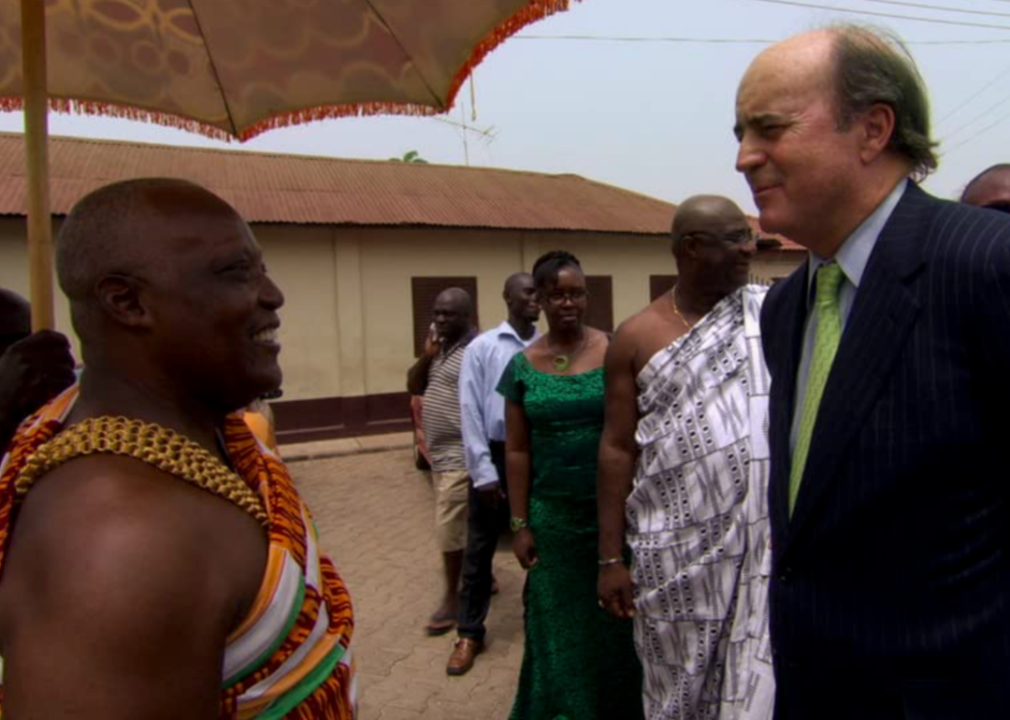 Kosmos Energy, a Texas-based oil company, finds a first in Ghana, a commercial oil field. This storyline is juxtaposed with the filming of a militant gang in Nigeria who see the other side of oil and the ways it can serve those who are hungry and poor. “Big Men” was nominated for several News & Documentary Emmy Awards.

You may also like: 50 best space movies of all time 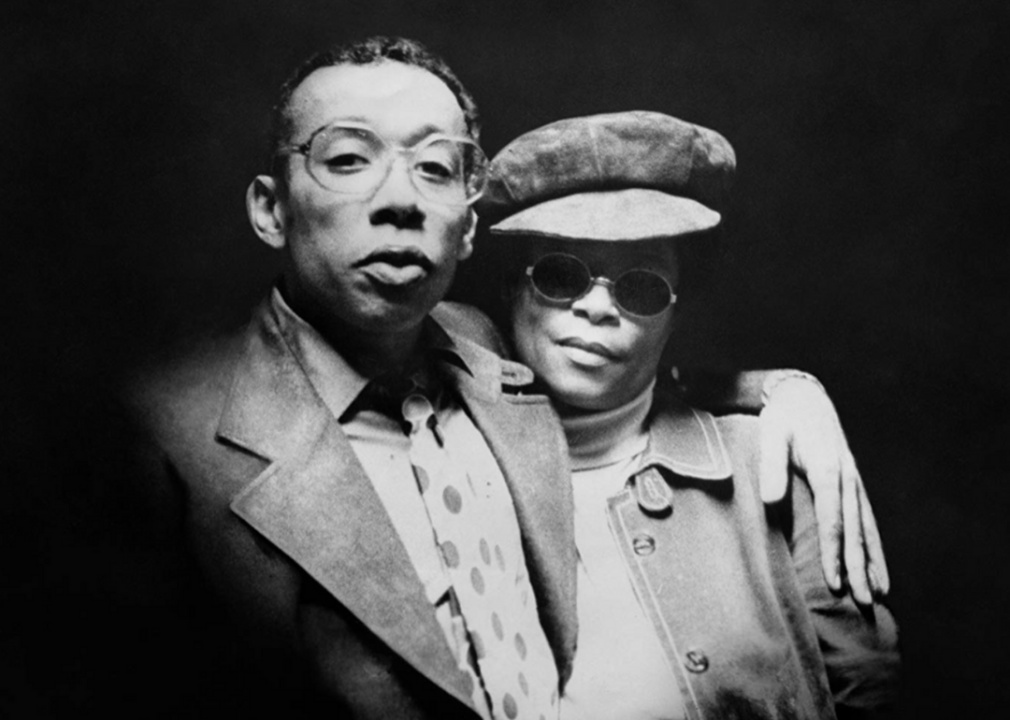 Jazz musician Lee Morgan struggled through heroin addiction with the help of his common-law wife Helen Morgan, who would also be implicated in his 1972 murder. “I Called Him Morgan” does a deep dive into their relationship and includes commentary from those who knew Lee Morgan best, as well as archival material. Helen Morgan shot the great trumpet player while he was performing onstage at a Manhattan club. 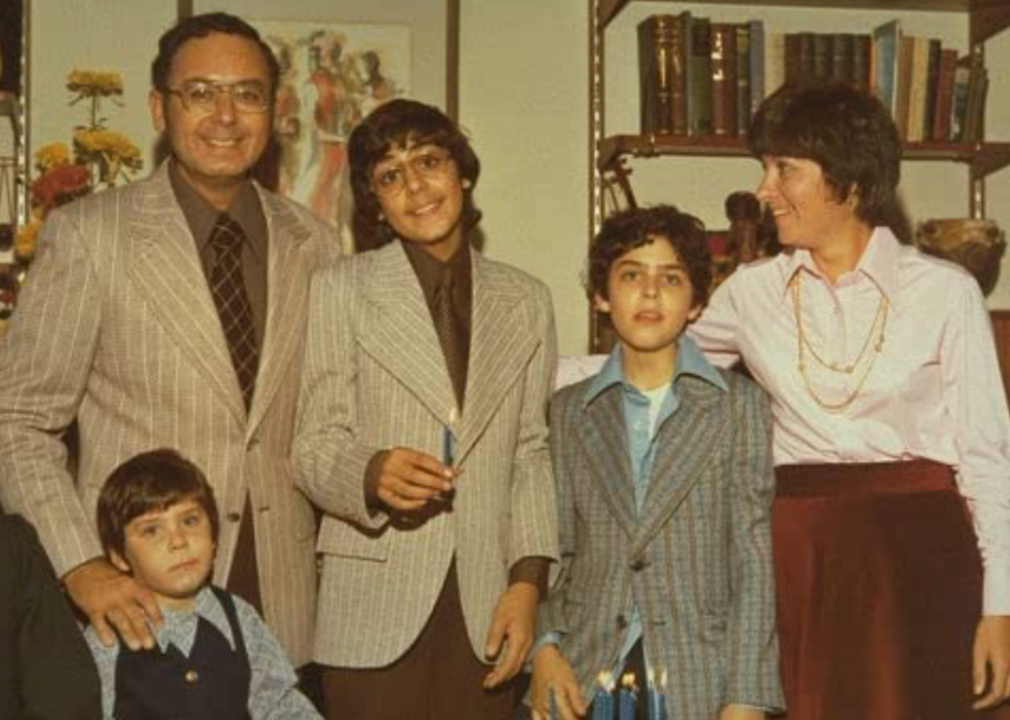 “Capturing the Friedmans” follows the trial of a father and son from an upper-middle-class family who were arrested on charges of sexual abuse and child molestation. The Oscar-nominated documentary caused a bit of a stir because some of the victims were upset with what they believed was ambiguity on the part of filmmaker Andrew Jarecki, and distortion of the facts. 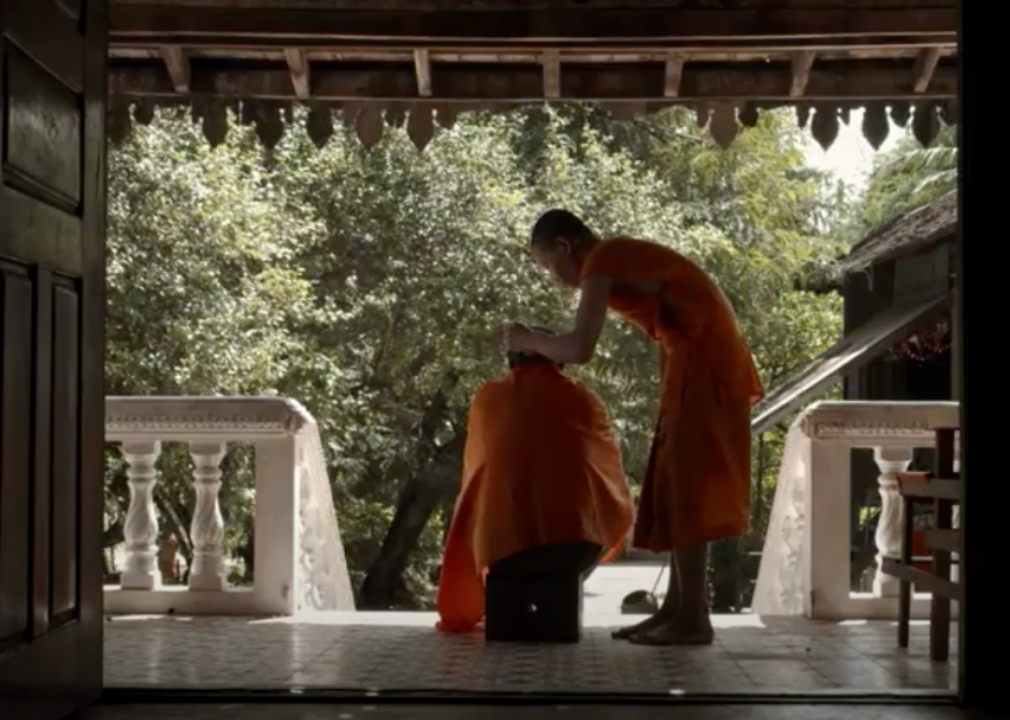 In filmmaker Rithy Panh’s latest exploration of the Cambodian genocide that took place during the country’s civil war, a teenage boy goes on a mission to find the graves of the family he’s lost. Panh lost his own family under the rule of the Khmer Rouge government and was the only survivor. A documentary Panh made based on his past under the Khmer Rouge, called “The Missing Picture,” was told using clay figures and archival footage and was the first film from the country to win an Oscar nomination. 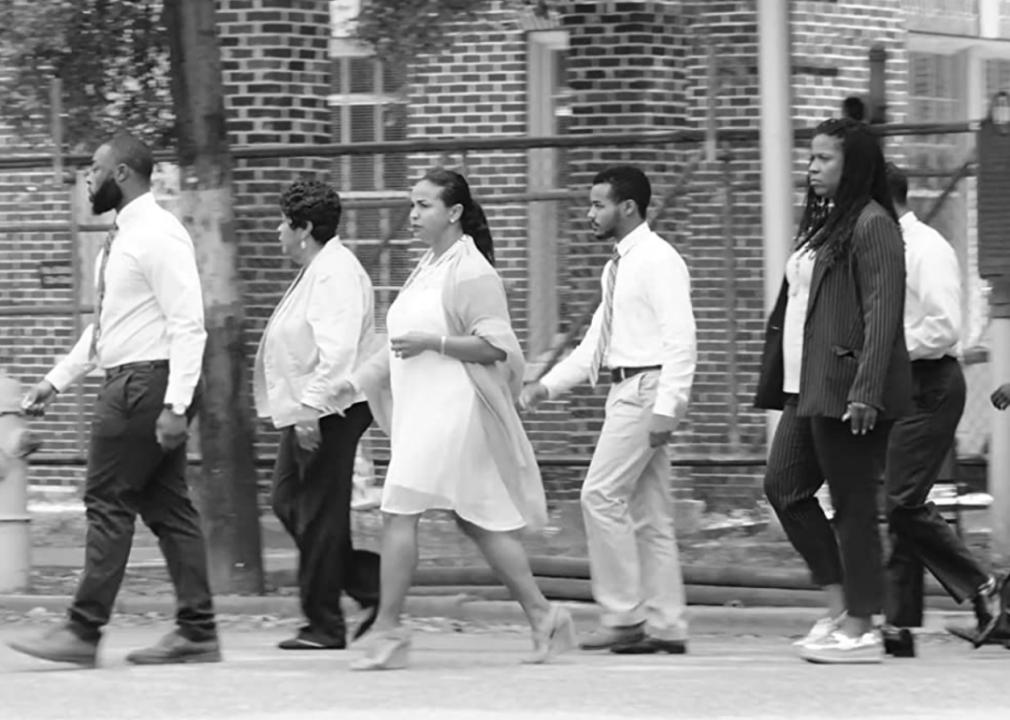 Fox Rich and her husband Rob committed a robbery in the 1990s, and he remains in prison. The mother of six continues to fight for Rob’s release. Director Garrett Bradley uses a combination of video diaries made by Fox to her husband and a portrait of her daily life for this Oscar-nominated documentary. 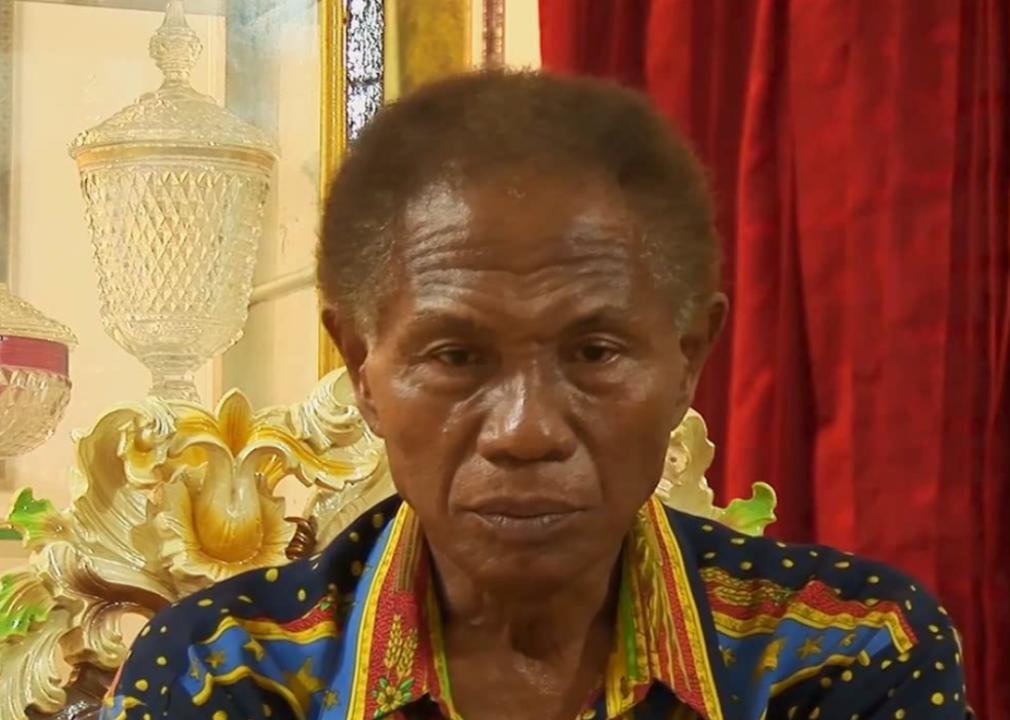 This film focuses on the torturers in the Indonesian mass killings in the 1960s. The death squads recreated their hideous acts from decades before for the camera, after filmmaker Joshua Oppenheimer turned his lens from the victims and survivors to the killers after the local authorities interfered. Legendary documentarians Werner Herzog and Errol Morris served as executive producers.

You may also like: Oscar Best Actress Winner from the Year You Were Born 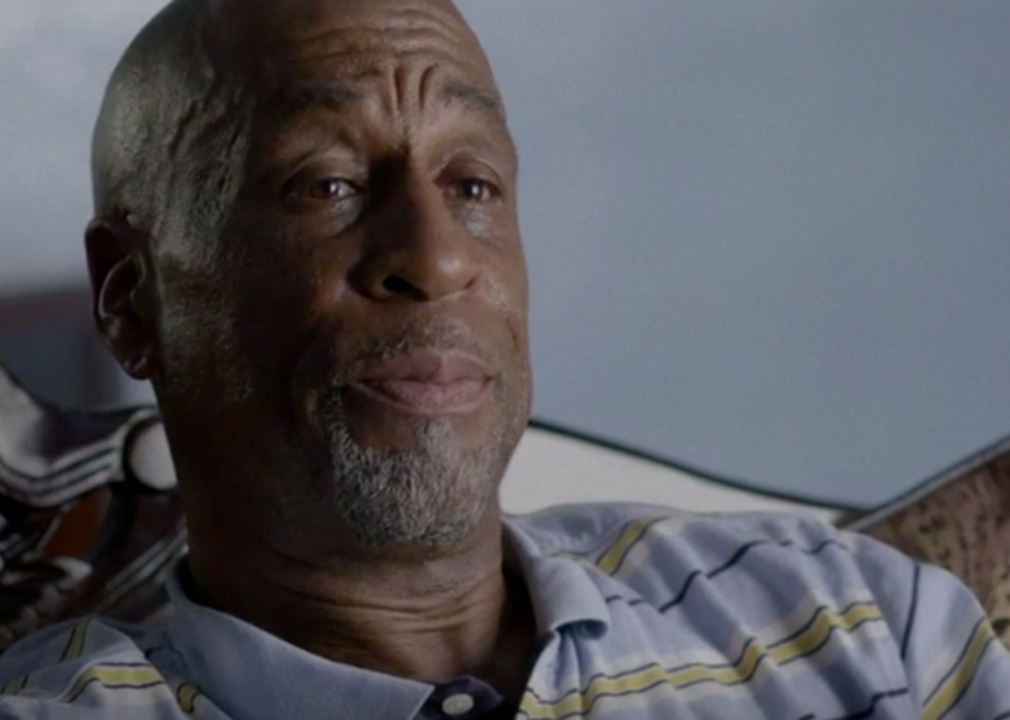 “Let It Fall: Los Angeles 1982-1992” examines the cultural climate in L.A. in the decade leading up to the riots that broke out after four police officers were acquitted of beating Rodney King. Director John Ridley meticulously ties the details together while landing stunning interviews. 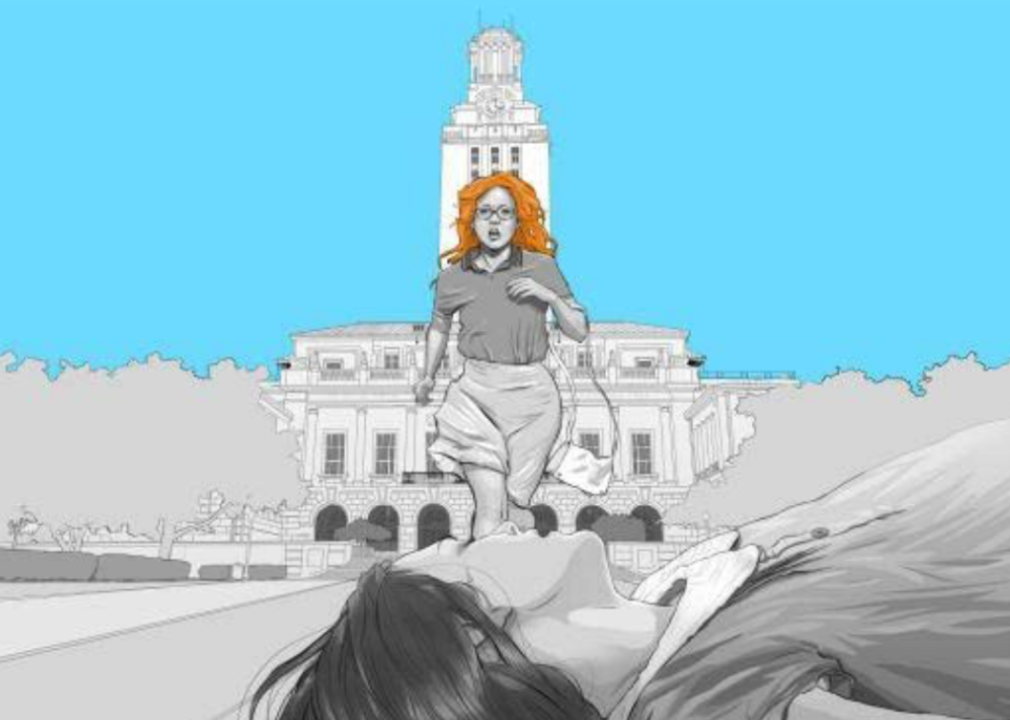 Based on an article by Pamela Colloff, “Tower” uses testimony, archival footage, and animation to tell the story of shootings at the University of Texas on Aug. 1, 1966. On that day, a gunman named Charles Whitman, who was an architectural engineering major, opened fire, shooting at students from the university clock tower. He killed 16 people over the course of 96 minutes. 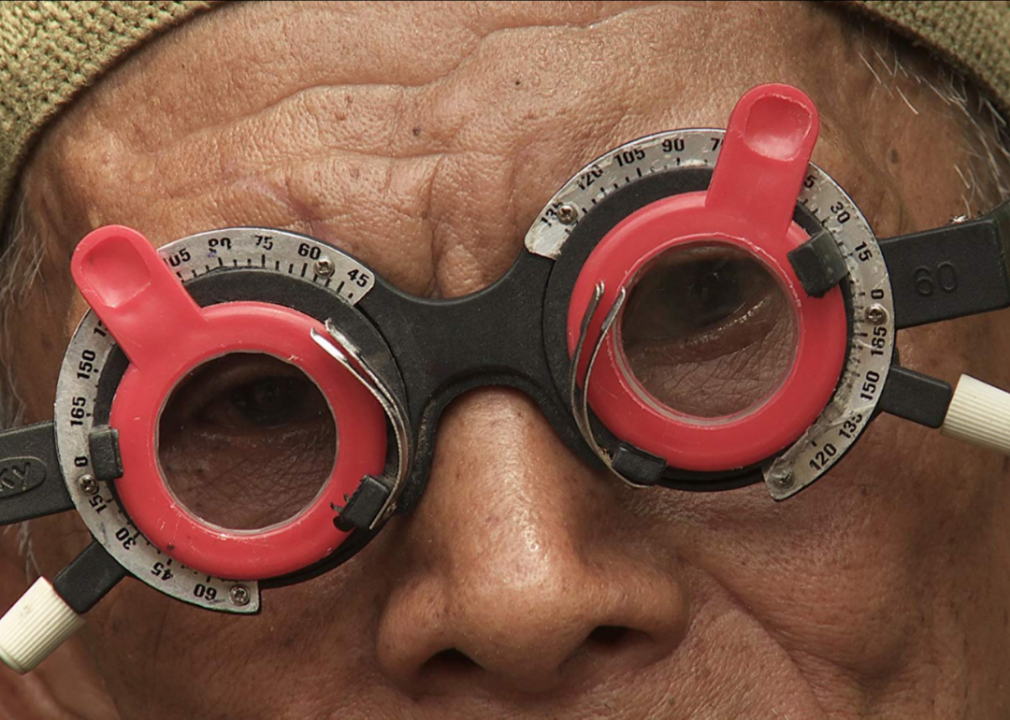 Like its companion film “The Act of Killing,” this film focuses on the mass killings in Indonesia in the 1960s. This time the lens is turned on a family who survived and their confrontation of the men who killed one of their own, a brother. The youngest son in the family is an optometrist who stages a confrontation during an eye exam. 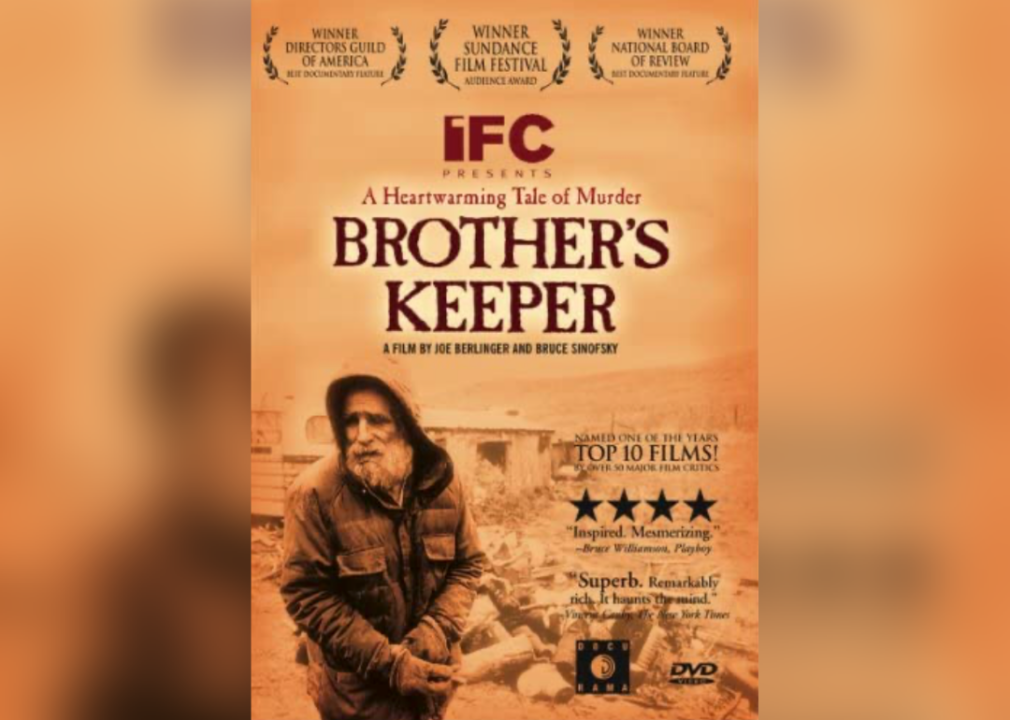 Winner of the Sundance Audience Award, “Brother’s Keeper” follows Delbert Ward as he goes on trial for the murder of his brother in a rural area in upstate New York. The death may have been a mercy killing. While the Wards were originally considered outcasts, the people of Munnsville, New York come together to support them. 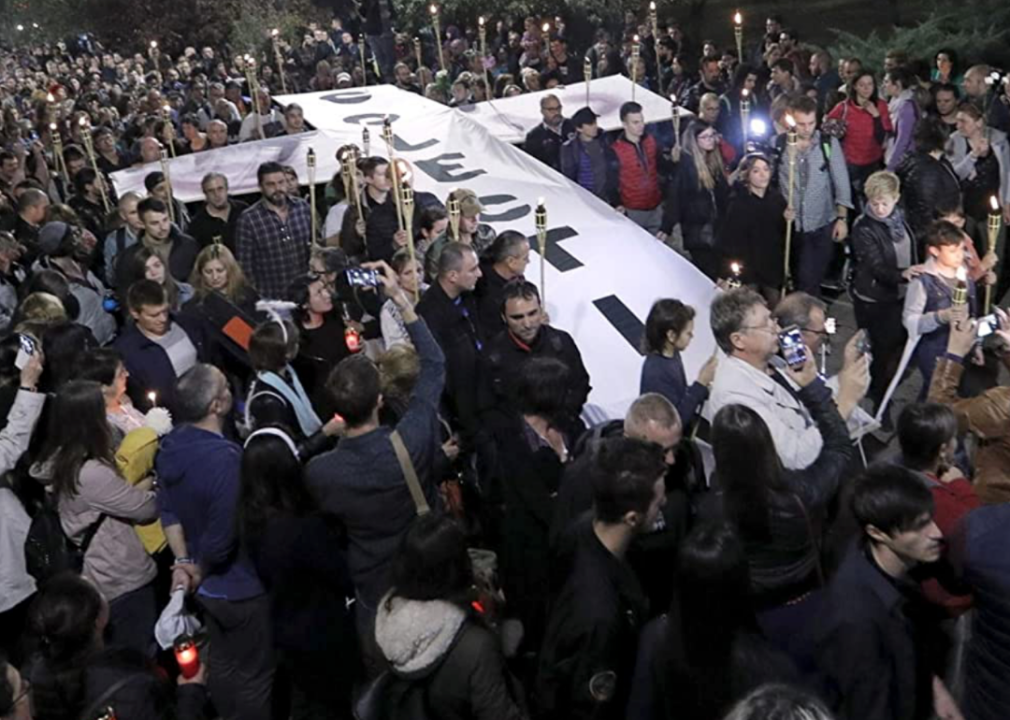 “Collective” was included on the 2021 Academy Award shortlist for Best Documentary Feature. After a nightclub fire in Bucharest, a doctor who treats the surviving burn victims realizes many of them are dying from non-life-threatening injuries and blows the whistle to journalists. This prompts the investigative journalists to explore and eventually expose scandal and political corruption, including health care fraud, behind what seem like unrelated events.

You may also like: Movie Trivia for the Top 100 Films of all Time