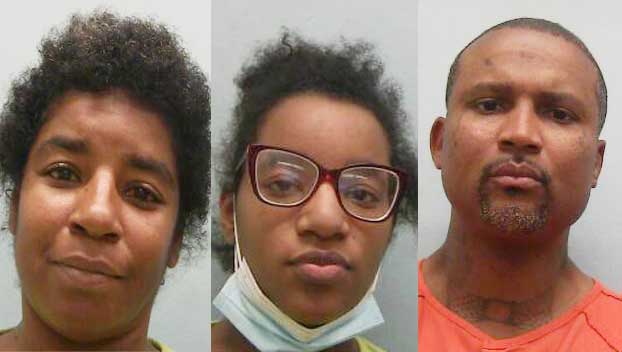 Three people were arrested Monday on child neglect charges during an Adams County Sheriff’s Office investigation of “suspicious injuries” to a 3-year-old child.

Adams County Sheriff Travis Patten said Adams County Special Operations Group has been investigating the case since Nov. 25, 2021, at which time investigators were called to Merit Health Natchez Hospital in regard to the injured child.

No specifics on the child’s injuries were given.

Officers arrested Fantasia McGowan, 28, Sandra McGowan, 48, and Dexter Owens, 39, all from Natchez, for contributing to the neglect of a child.

Have you seen this child? He’s been reported as…