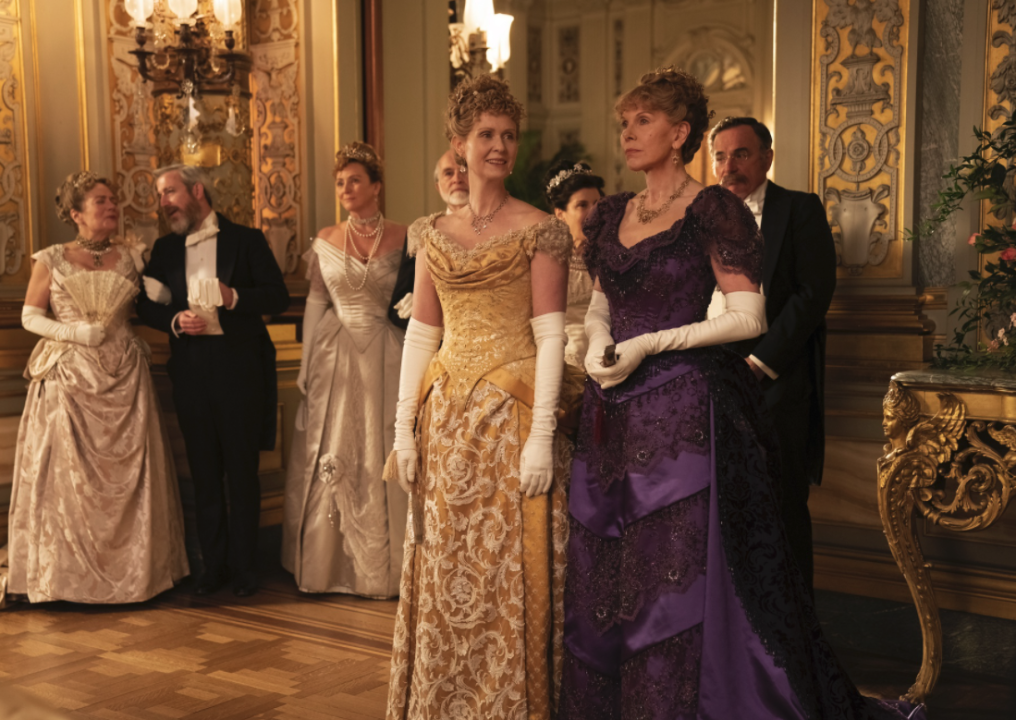 From the varied genres to the unique plotlines and characters, 2022’s upcoming TV shows offer a look into new worlds—some we know and others that exist just beyond our imagination.

To get ready for upcoming television offerings, Stacker looked at all new 2022 TV series releases and ranked the top 25 from least to most anticipated using IMDb popularity data from Jan. 4, 2022. The #1 ranking represents is the most popular new 2022 series on the site. Miniseries were included. We’ve additionally included the most up-to-date U.S. release date information available as of Jan. 21, 2021 (subject to change).

Whether it’s the science-fiction prequel to a popular series that aired decades ago, a tale of a competitive father-and-daughter doctor duo, or a show about the rise of an epic basketball team in the 1980s, these shows promise to provide hours of entertainment. There are superheroes and Vikings, best friends, and country music royalty. They cross genres and speak to countless topics under the sun.

Keep reading to discover the best the small screen has to offer in 2022.

You may also like: Can you answer these real ‘Jeopardy!’ questions about TV shows? 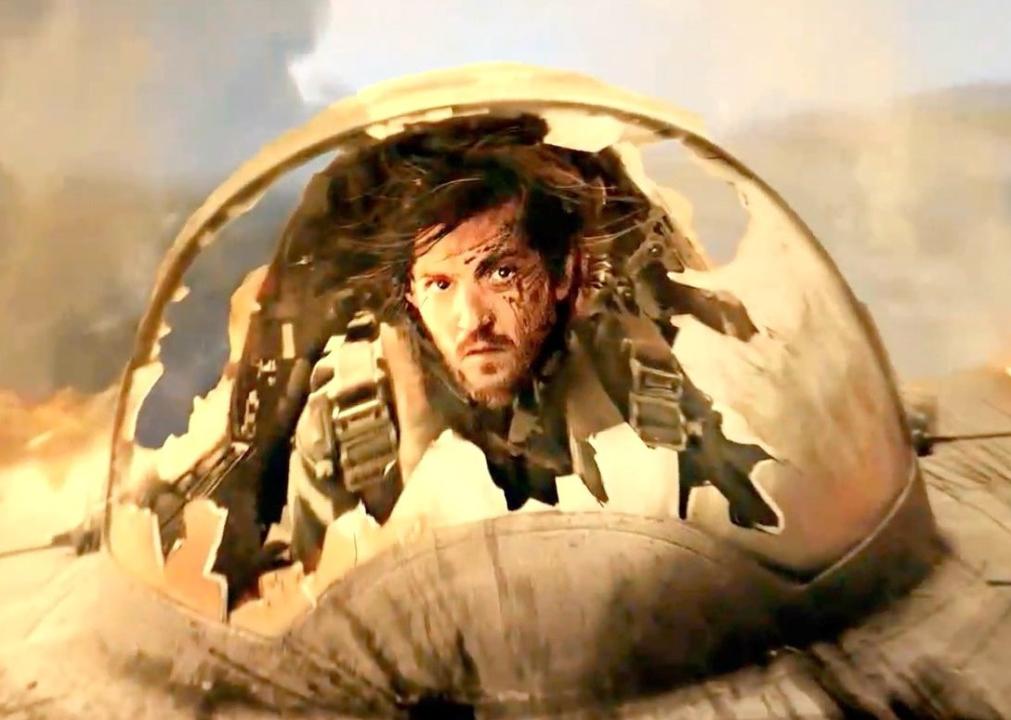 “Rogue One: A Star Wars Story” gets a prequel with “Andor,” which follows Cassian Andor (Diego Luna) as he navigates through the early years of the Rebellion. In addition to starring, Luna serves as an executive producer for the series. “Andor” will stream on Disney+, with Alan Tudyk reprising the role of K-2SO. 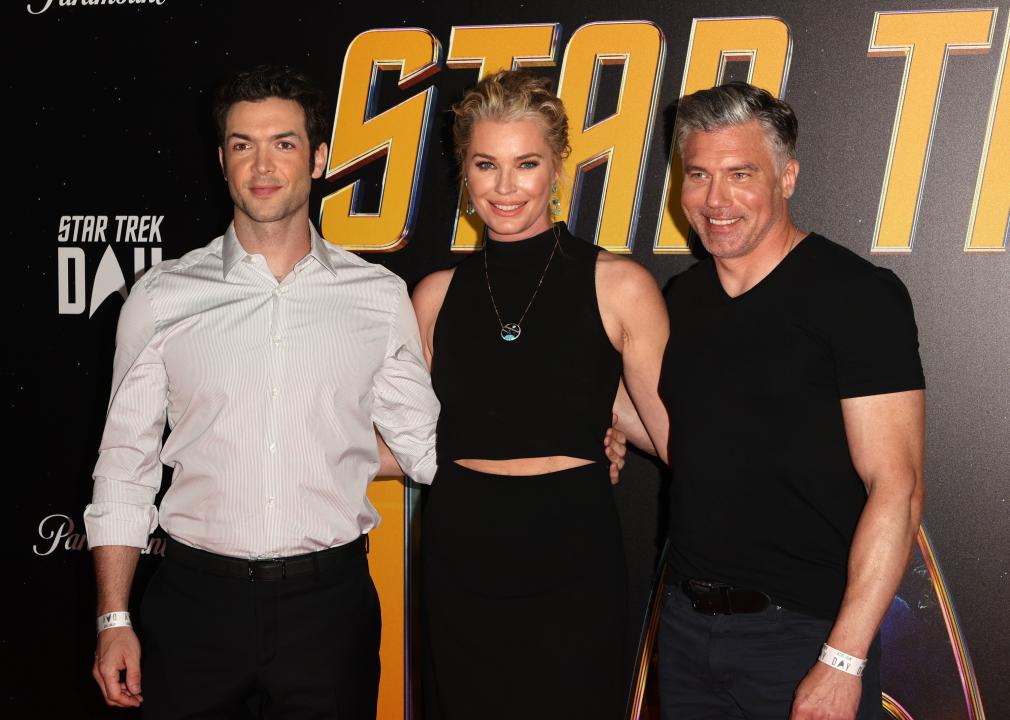 A prequel series to the original “Star Trek,” the show follows Captain Christopher Pike (Anson Mount) as he leads the crew of the USS Enterprise. Produced by CBS, the cast includes Anson Mount, Rebecca Romijn, Ethan Peck, and Melissa Navia. 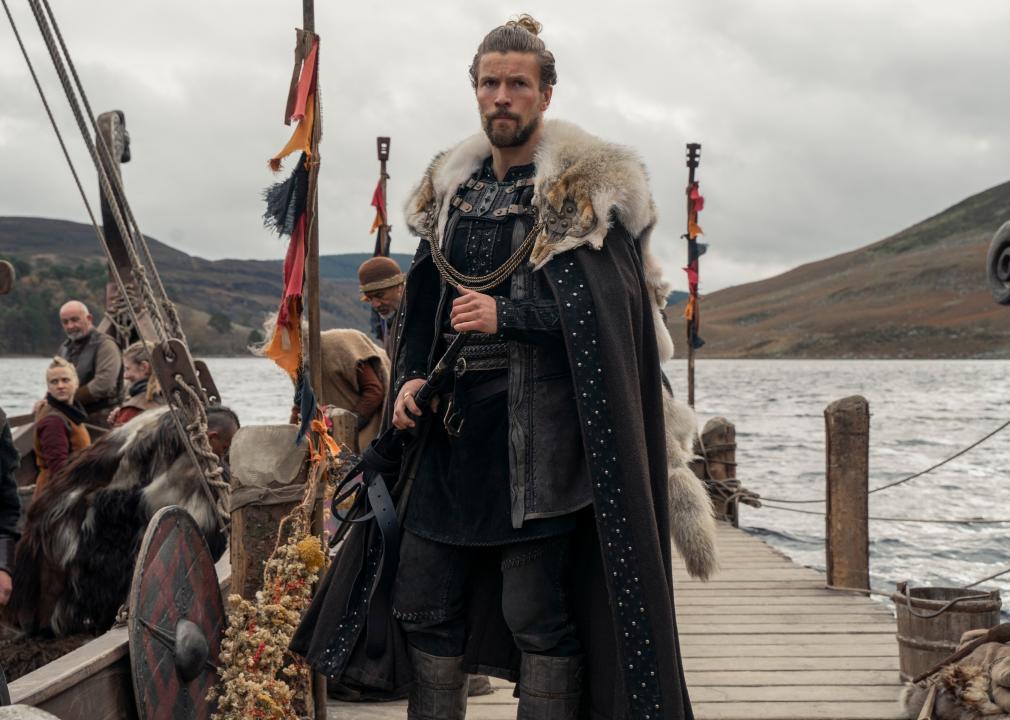 The adventures of Vikings Harald Hardrada (Leo Suter), Leif Erikson (Sam Corlett), Freydis (Frida Gustavvson) play out in the series follow-up to “Vikings.” “Vikings: Valhalla” is set 100 years after the original series in the early part of the 11th century. 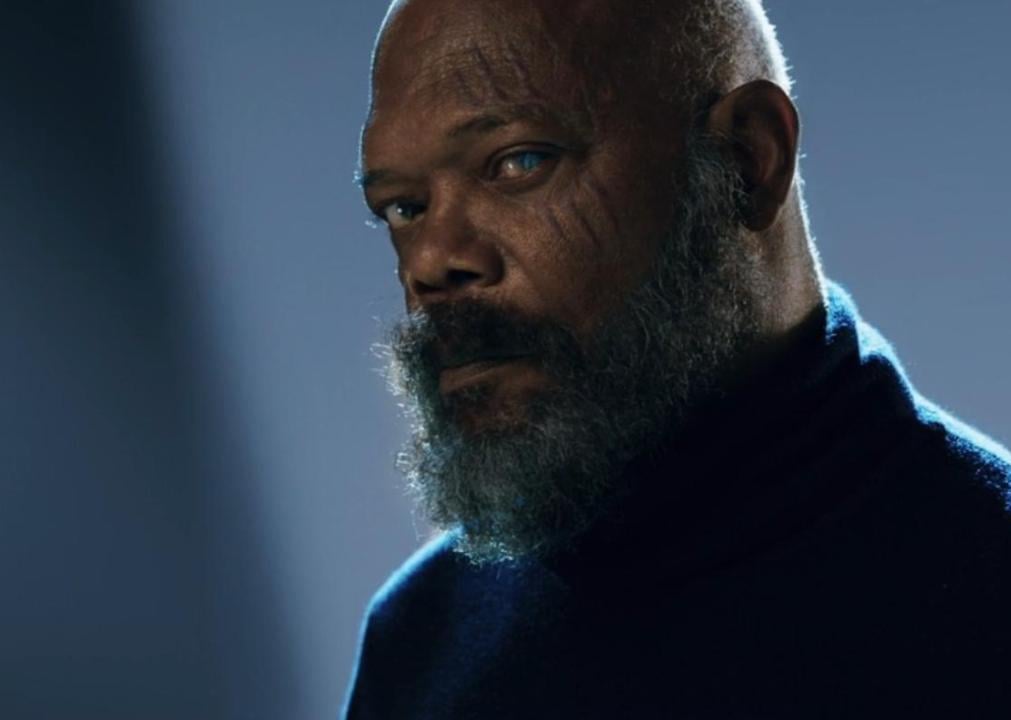 Characters from “Captain Marvel” meet again in this series on Disney+, which is a sequel to both “Spider-Man: Far From Home” and “Captain Marvel.” The show stars Ben Mendelsohn as Talos and Samuel L. Jackson as Nick Fury. This crossover event features shape-shifting Skrulls. 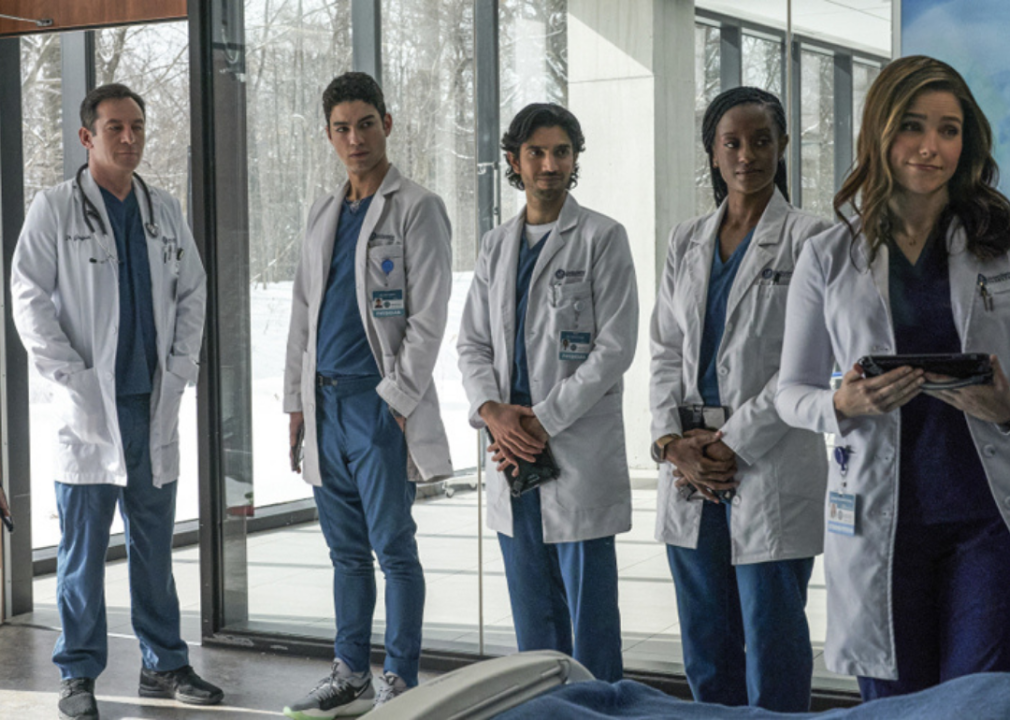 After her boss (Jason Isaacs) ends up in a coma, surgeon Sam Griffith (Sophia Bush) takes over as chief of surgery. The CBS series features an interesting twist, as Sam’s boss is also her father: a renowned but smug surgeon. Joel Keller, in a review for Decider, wrote, “the combination of showrunner Katie Wech’s ability to write smart lines for her characters and Bush’s innate charm as an actress save this show from becoming yet another annoying medical show.”

You may also like: Film and TV-themed bars and restaurants to visit 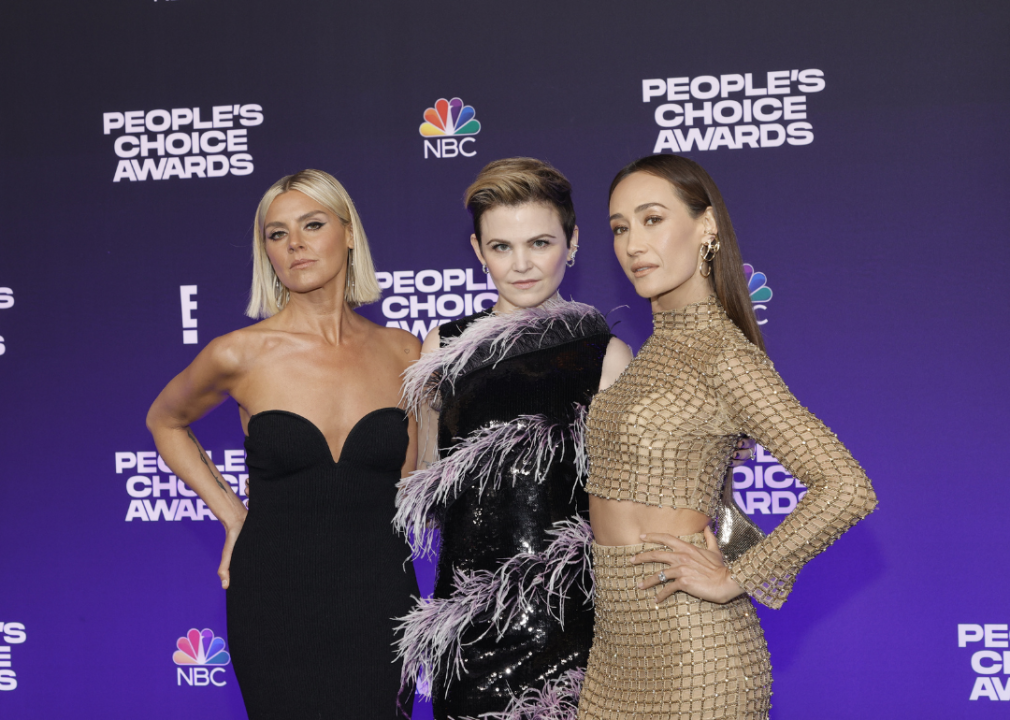 This Fox series features three women, all friends since childhood, who literally pivot by making significant and impulsive changes in their lives after their fourth friend dies unexpectedly. One woman makes a career change, while another realizes how stale her marriage has become, and the third tries to recommit to motherhood. Eliza Coupe, Ginnifer Goodwin, and Maggie Q star and create a likable ensemble cast, according to Roger Ebert critic Brian Tallerico. 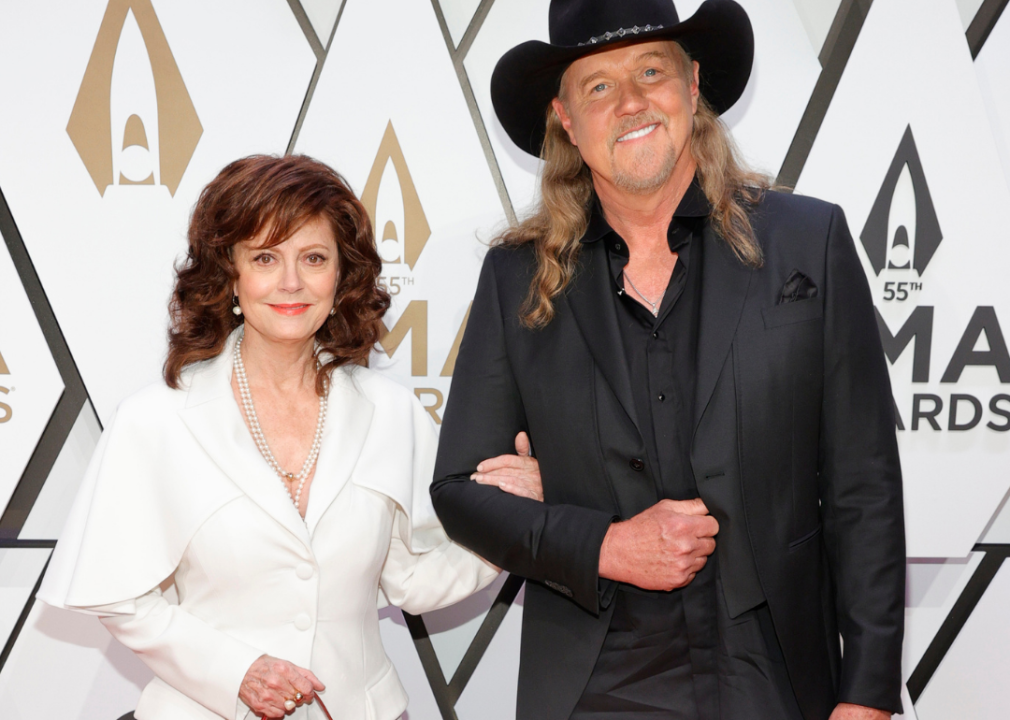 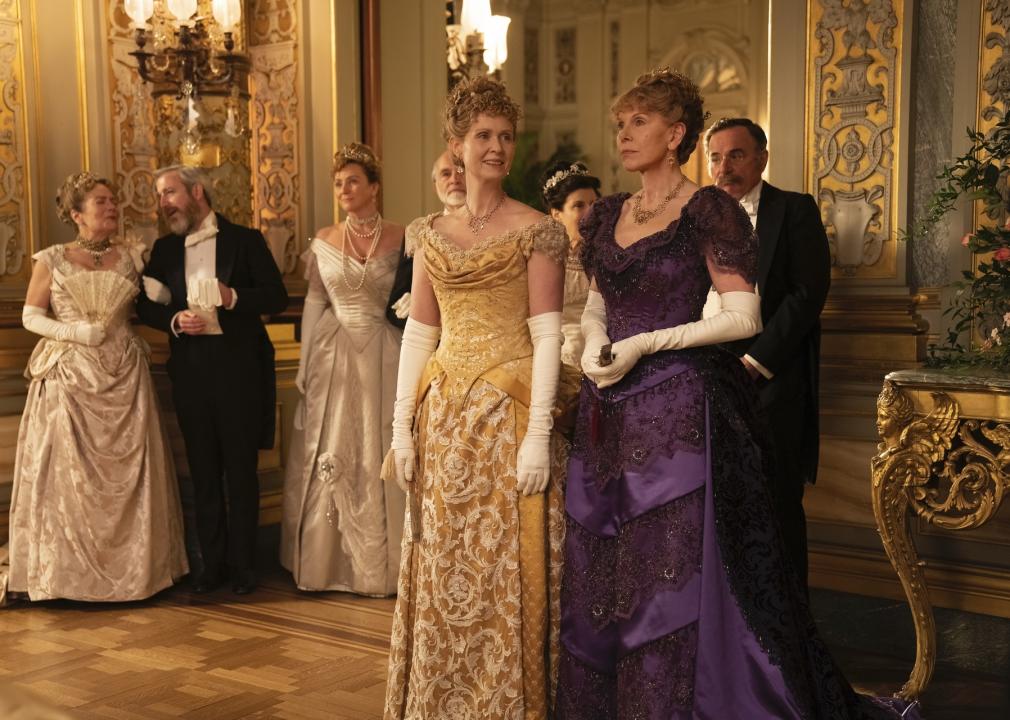 This HBO series from Julian Fellowes (creator of “Downton Abbey”) is set in the late 1800s and follows young Marian Brook (Louisa Jacobson), a headstrong young woman who is left penniless when her father dies. Brook leaves her Pennsylvania home for New York City, where she moves in with her wealthy aunts (Christine Baranski, Cynthia Nixon). The period drama offers an up-close look at New York high society in the late 19th century. 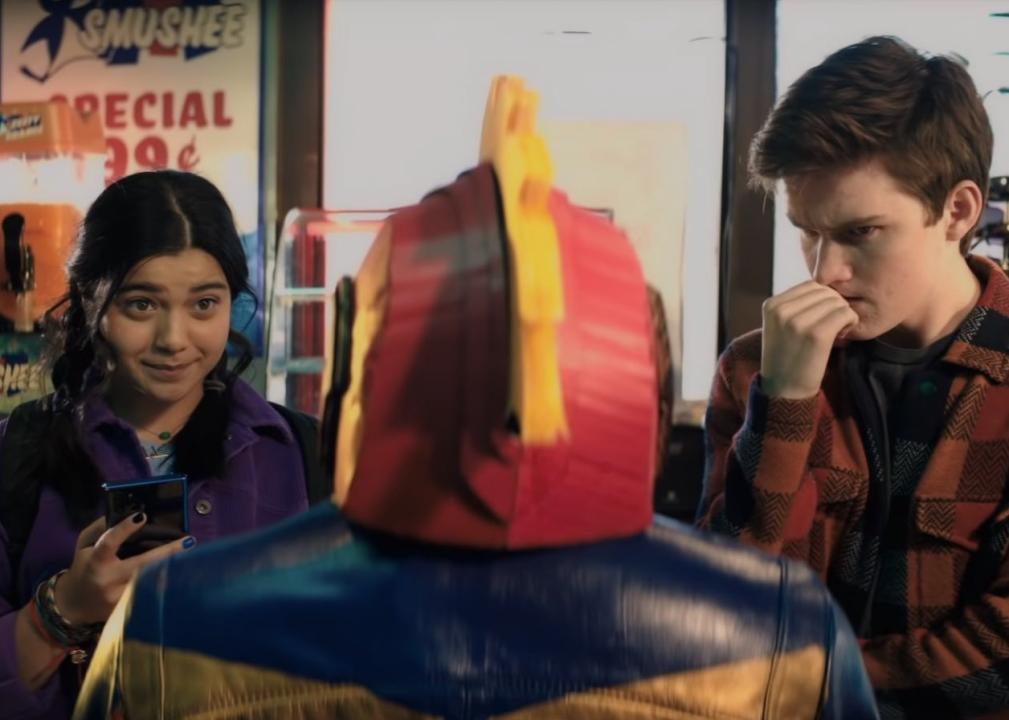 A Pakistani American teen from New Jersey, Kamala Khan (Iman Vellani), has a deep love for Avengers fan fiction and video games. She comes to realize she also has superpowers, including shapeshifting, in this new Disney+ series. “Ms. Marvel” is important not only because it focuses on a newcomer to the Marvel universe, but also because it features the first live-action Muslim superhero for Marvel. 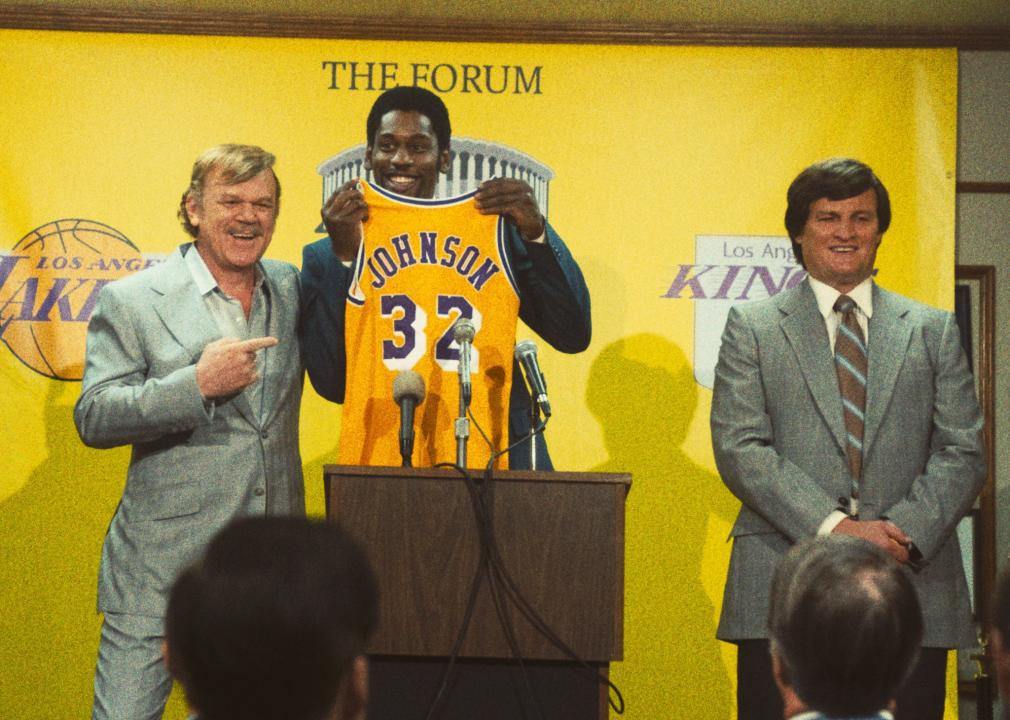 #16. Winning Time: The Rise of the Lakers Dynasty

This HBO series traces the origins of the Los Angeles Lakers’ epic rise in the 1980s when the basketball team was purchased by Dr. Jerry Buss, played by John C. Reilly in the series. The show features legendary Lakers Magic Johnson, played by Quincy Isaiah, and Kareem Abdul-Jabbar, portrayed by  Dr. Solomon Hughes. 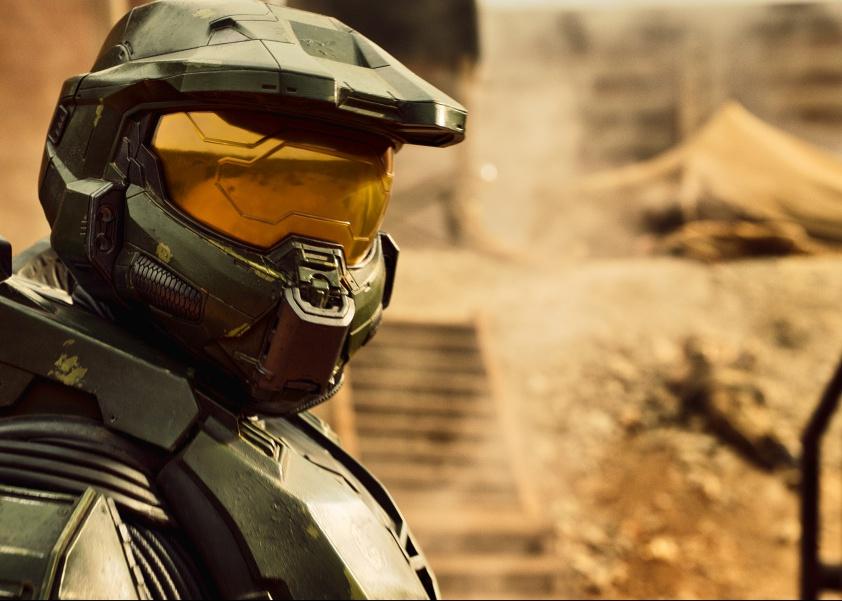 Based on the popular video game of the same name, this Paramount+ series focuses on a showdown in the 26th century between aliens and humans. Natascha McElhone, Pablo Schreiber, and Yerin Ha star in the highly anticipated sci-fi series. 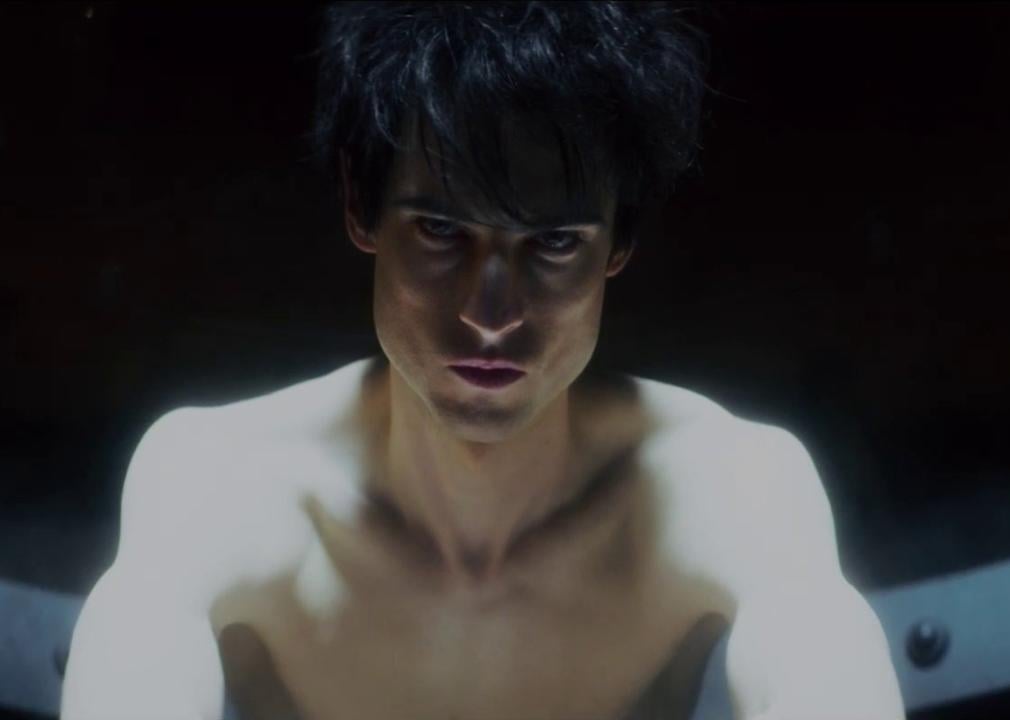 Neil Gaiman’s comic series is adapted for Netflix’s “The Sandman.” The show focuses on Dream (Tom Sturridge), aka Morpheus, the younger brother of Death, as he goes on a journey to find the objects that give him powers after he is summoned and escapes imprisonment from a glass bottle. 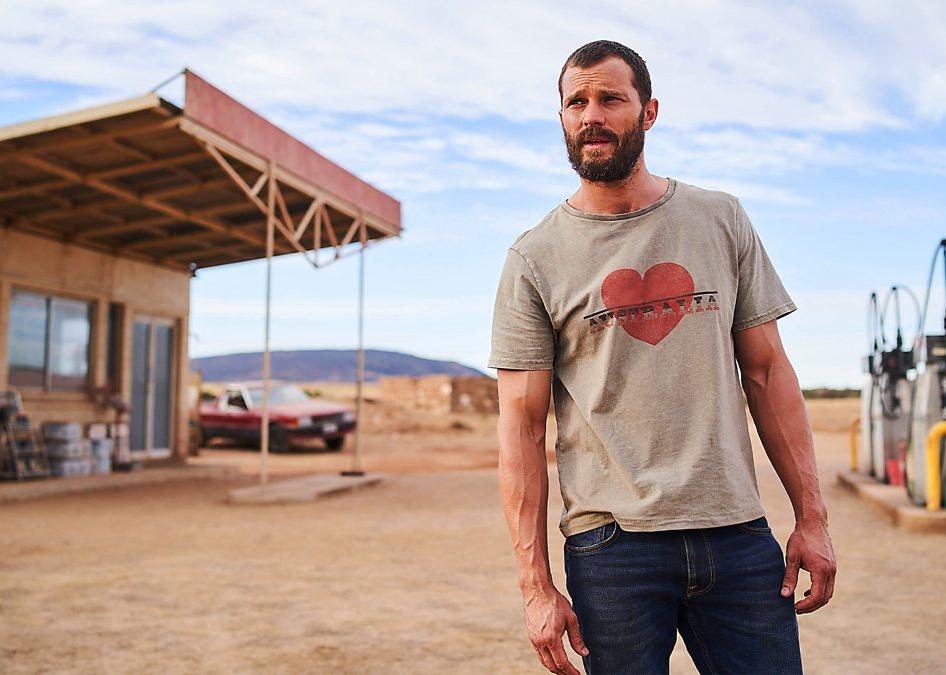 Jamie Dornan stars as The Man in this BBC thriller about a person who, after waking up in a hospital with amnesia, tries to figure out who he is by retracing his steps through the Australian Outback. Writing for The Guardian, Lucy Mangan calls “The Tourist,” a “’Memento’-lite production,” that is a “fun, stylish and confident caper.” 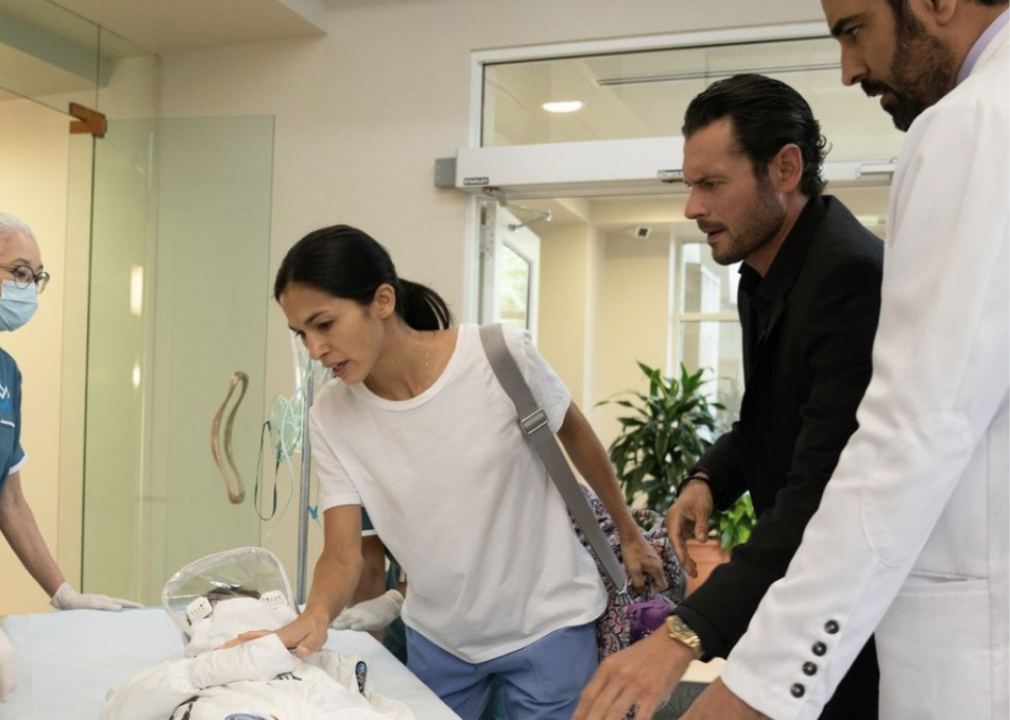 On this new Fox series, Cambodian doctor Thony De La Rosa (Élodie Yung) comes to the U.S. for life-saving treatment for her sick son and finds work as an undocumented cleaning lady. When Thony sees something she shouldn’t, she gets pulled into a world of crime that offers her the money and opportunity to provide for her son, but may also get her into more trouble than she imagines. The show is based on a 2017 Argentinian television series called “La Chica Que Limpia.” 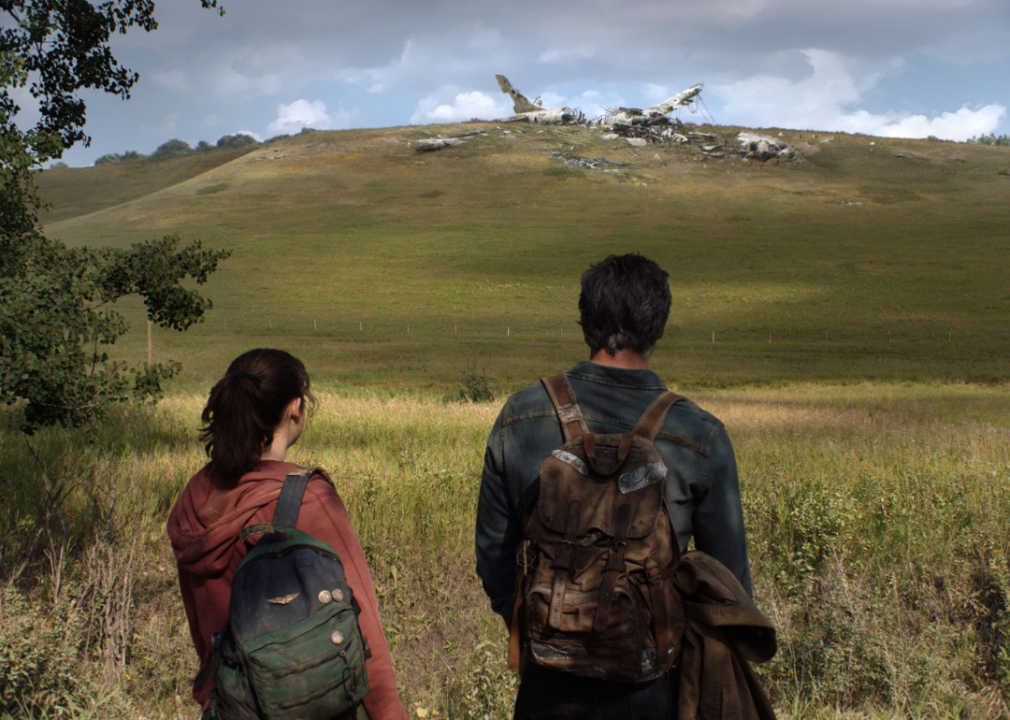 As they journey through post-pandemic America, Ellie (Bella Ramsey) and Joel (Pedro Pascal), a pair of travelers, face killers and brutality they’ve never known in this HBO series. The show is based on a video game of the same name.

You may also like: 30 best episodes of ‘Whose Line is it Anyway?’ 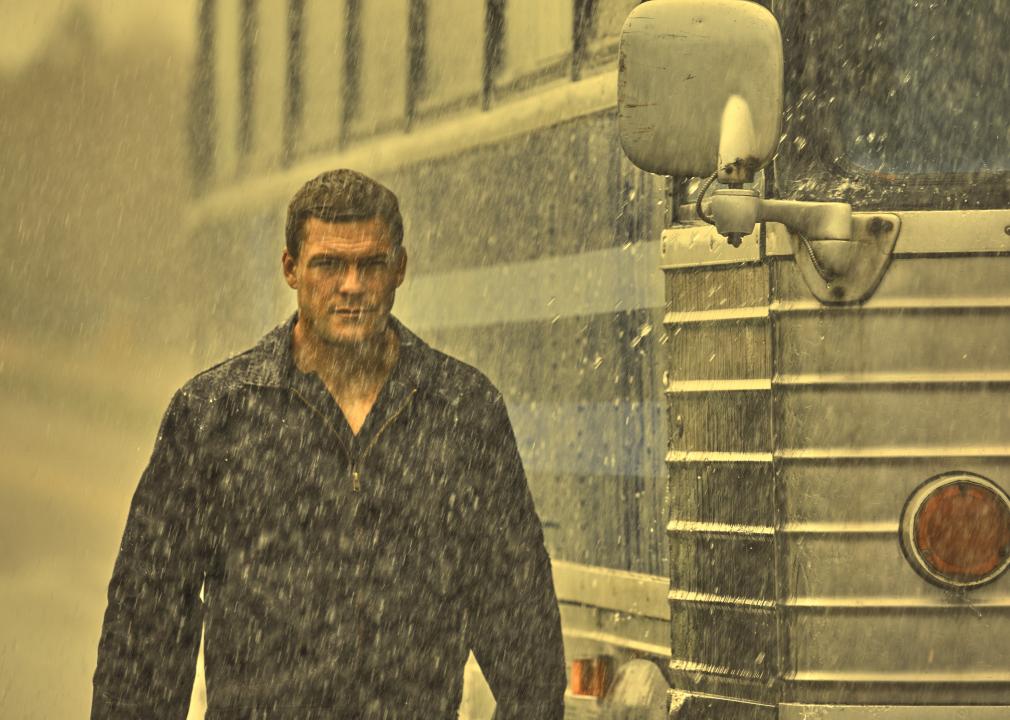 This Amazon Prime show is based on the “Reacher” book series by Lee Child. The first season follows the first book, 1997’s “Killing Floor.” After Jack Reacher (Alan Ritchson), an army veteran and military police investigator is arrested for murder in a small Georgia town, he must work past corruption and scandal in order to uncover the truth. Ritchson reportedly read 24 Reacher books (of 26—two weren’t out yet) to prepare. 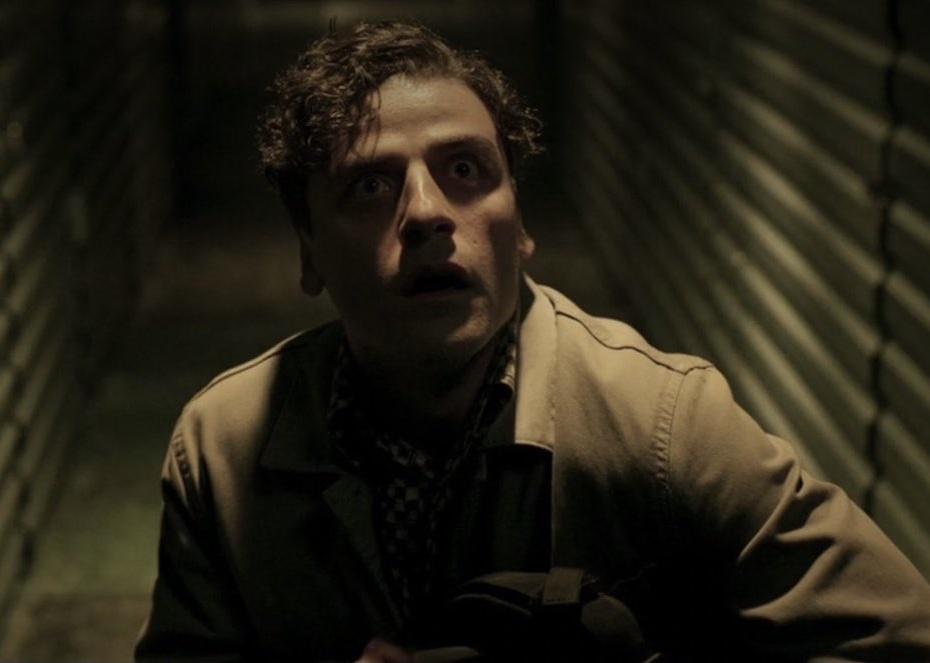 Oscar Isaac stars as one-time U.S. Marine, Marc Spector. Not only is he dealing with dissociative identity disorder, but he gains special powers and becomes Moon Knight. Spector realizes there are negatives and positives to being an Egyptian moon god in this series based on the comics created by Don Perlin and Doug Moench for Marvel. 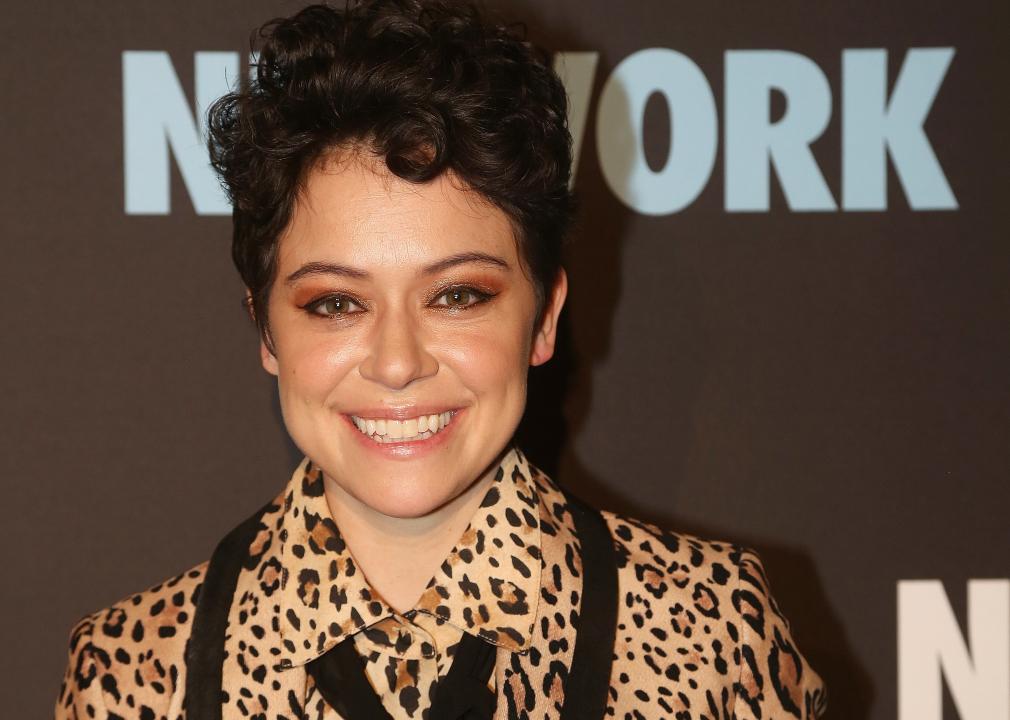 This Marvel Studios release stars Tatiana Maslany as Jennifer Walters, who gains Hulk-like traits after a blood transfusion. Jameela Jamil stars alongside Tim Roth and Mark Ruffalo, who reprise their roles from “The Incredible Hulk,” as Emil Blonsky/Abomination and Bruce Banner/The Hulk, respectively. 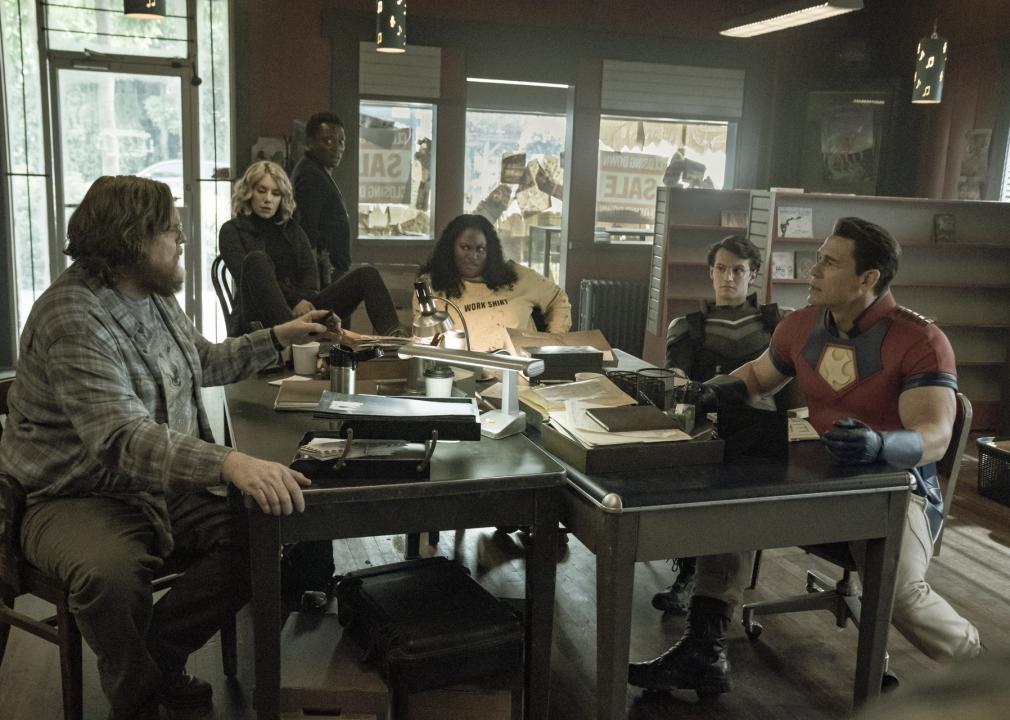 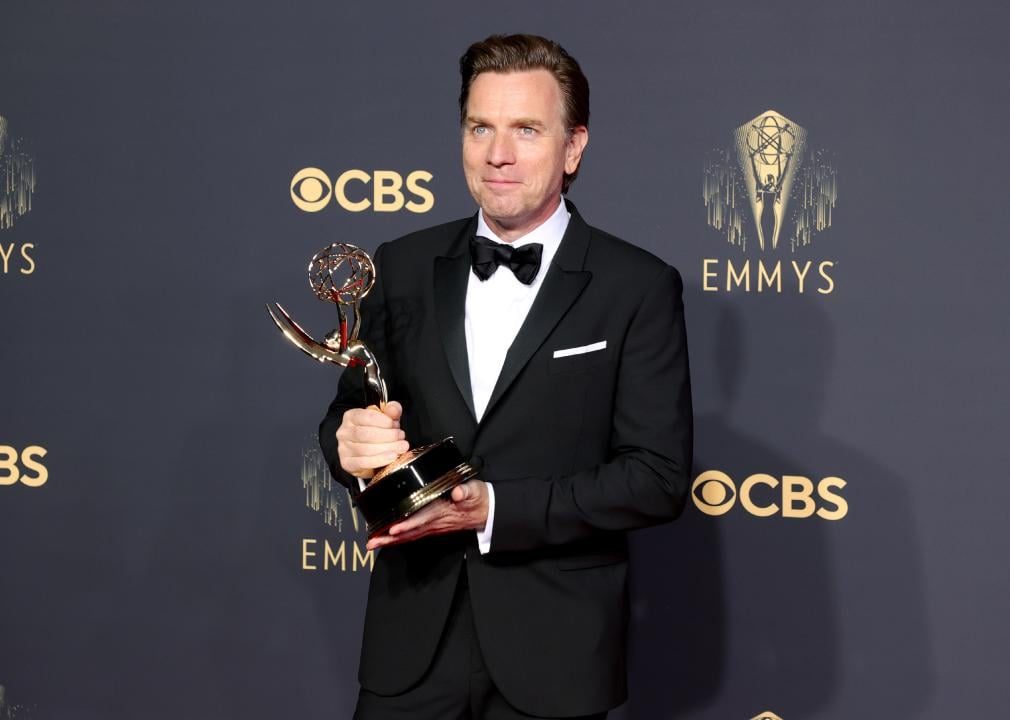 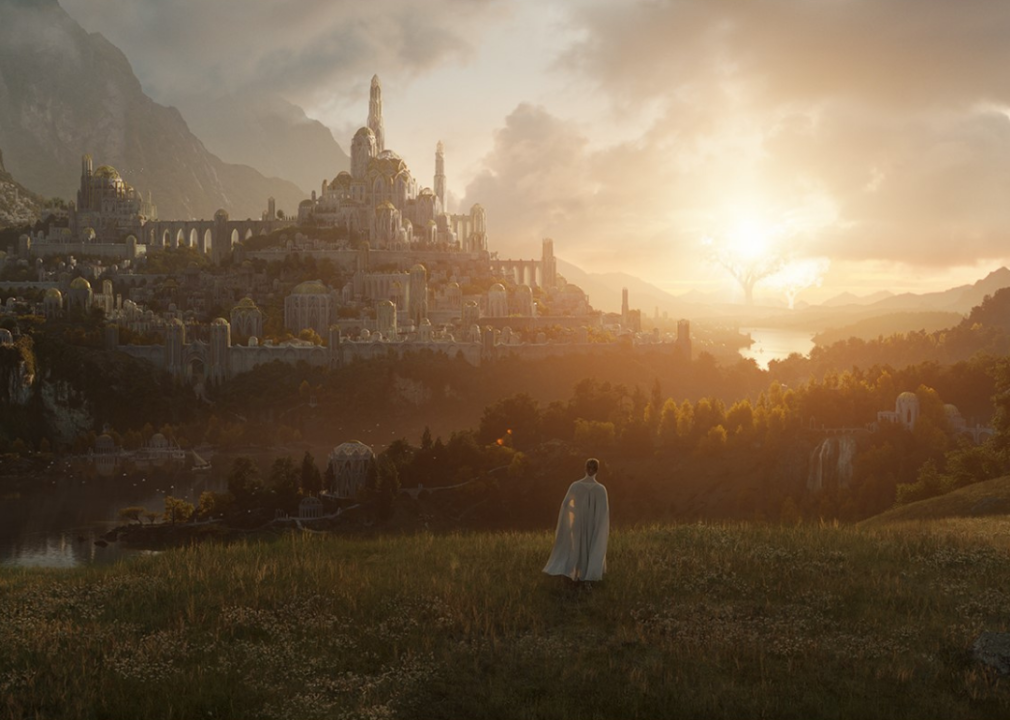 J.R.R. Tolkien’s “The Hobbit” and “The Lord of the Rings” set the stage for this television series released by Amazon Prime that precedes the events of Tolkien’s books. The new series takes place in MIddle-Earth during the Second Age. Ismael Cruz Cordova, Aramayo, Nazanin Boniadi, Owain Arthur, and Morfydd Clark star in the series, which is slated for a September release. 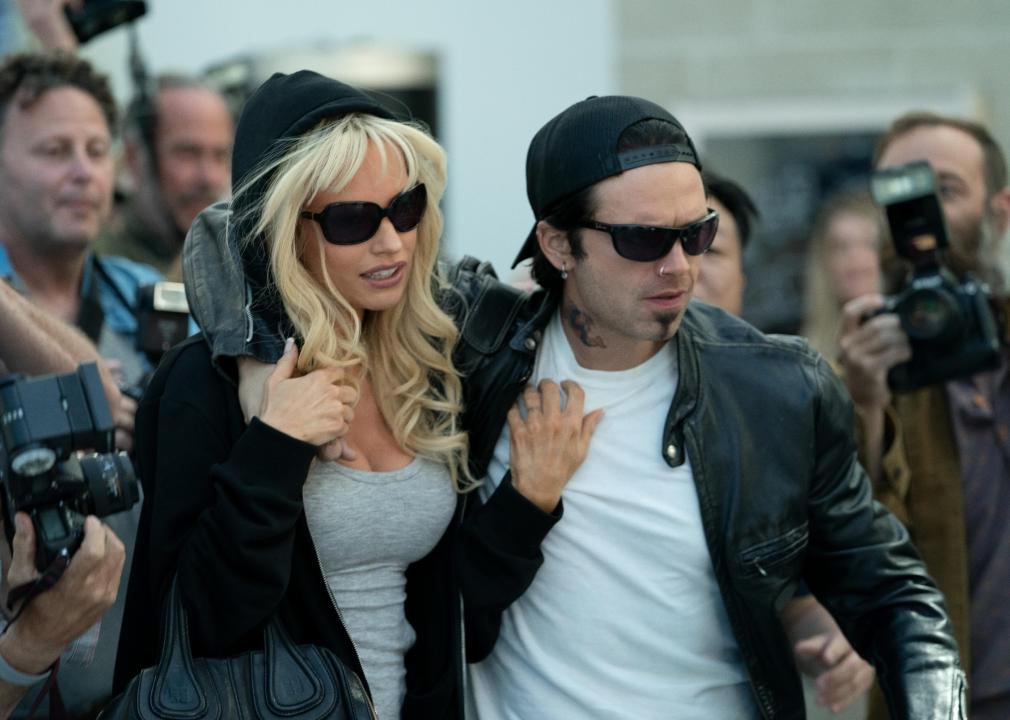 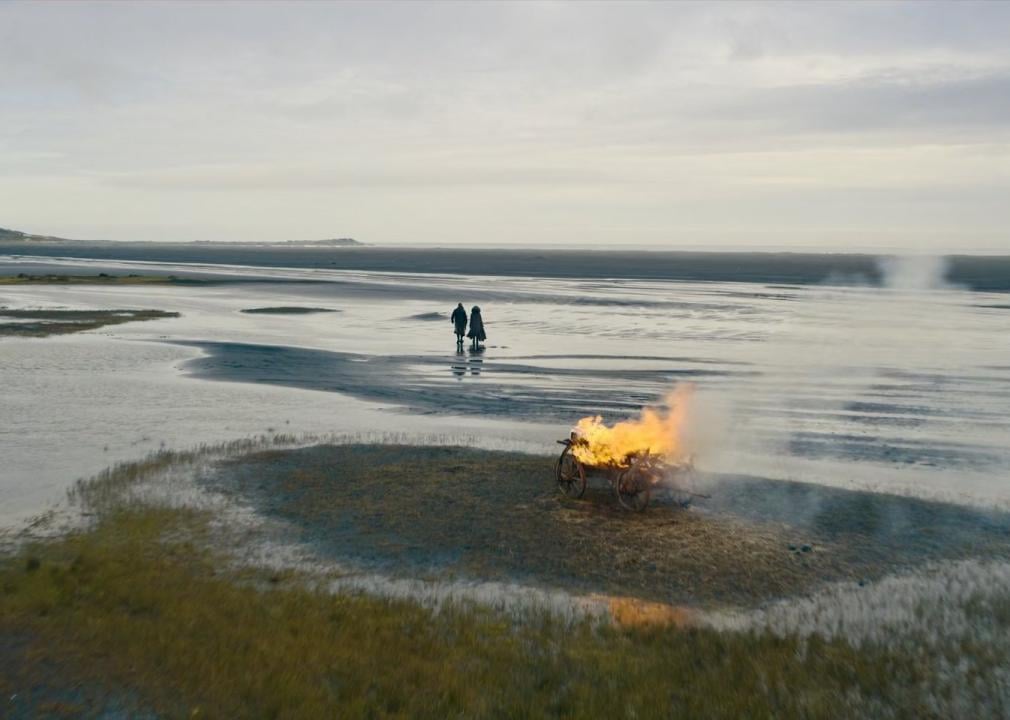 This prequel is set 1,200 years before the popular Netflix series, “The Witcher.” “Vikings” actor Laurence O’Fuarain stars in the series set in the elven world before the time of humans. Anticipation for the series spiked significantly in September when viewers were given behind-the-scenes looks at production, including a table read. 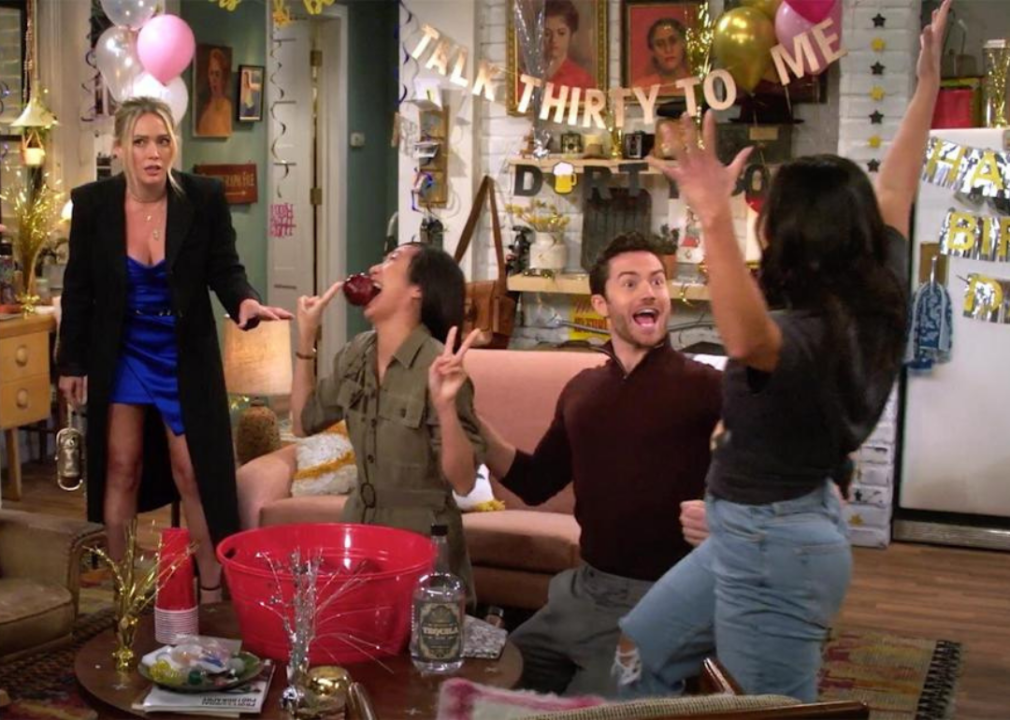 This series spinoff of the 2005 show, “How I Met Your Mother,” features a tight-knit group of friends living in New York City navigating their love lives in the time of dating apps. The Hulu series stars Hilary Duff, Christopher Lowell, and Kim Cattrall with “How I Met Your Mother” creators Craig Thomas and Carter Bays remaining involved as executive producers. 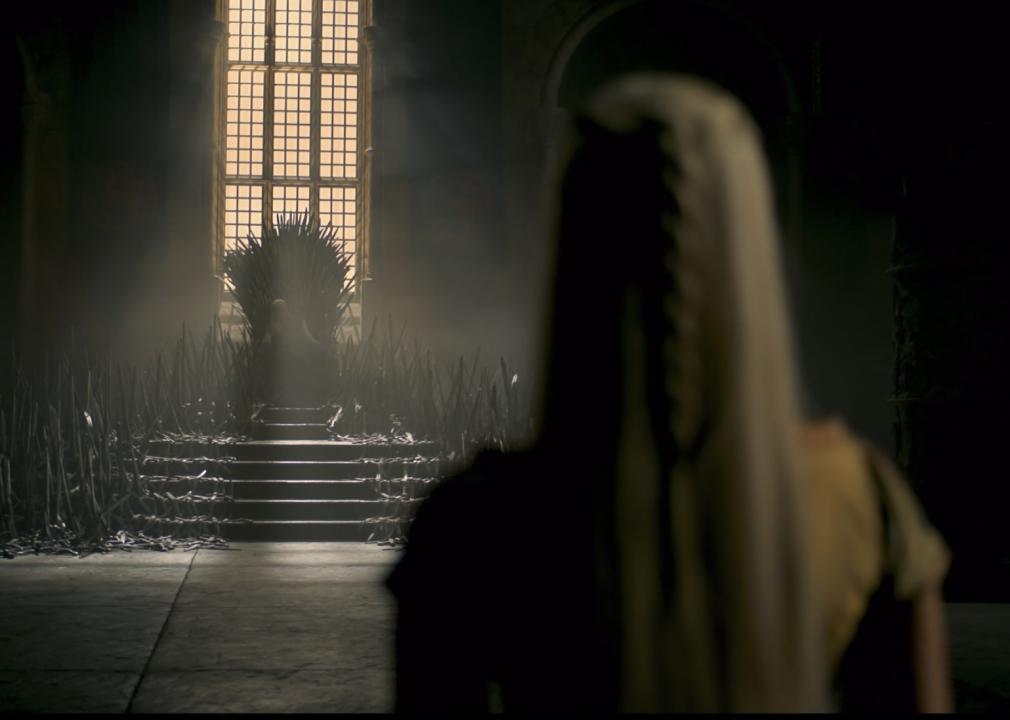 This prequel to “Game of Thrones” is set 200 years prior and focuses on the height of the Targaryen dynasty. The series is based on George R.R. Martin’s book “Fire & Blood.” The HBO original series will pit sibling against sibling and give fans an extension of the world they knew and loved in the “Game of Thrones.”