7 statistics on how women have used telehealth during the pandemic 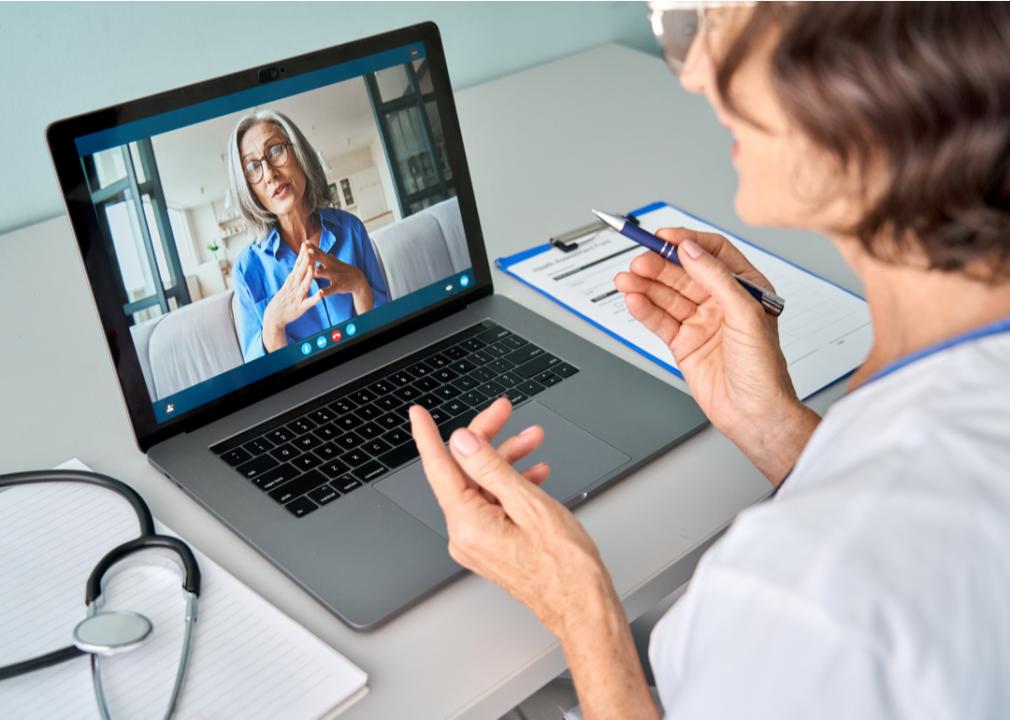 7 statistics on how women have used telehealth during the pandemic

Telehealth has existed in various forms for decades, and more recently, has been a boon to both health care providers and patients amid the coronavirus pandemic. Telehealth and telemedicine exploded to fill a health care vacuum left in the wake of lockdowns, social distancing measures, and new variants that have overwhelmed the United States’ physical health care infrastructure.

According to a 2021 Health and Human Services report, the number of telehealth visits among Medicare beneficiaries in 2020 was about 63 times higher than in 2019. In real numbers, that’s 840,000 visits in 2019 and 52.7 million visits conducted remotely roughly one year later.

Despite having been around for decades, the data-driven impacts of telehealth on every subgroup of society are still emerging. Health care and telehealth industry leaders are conducting small-scale studies around the country, analyzing the impact of telehealth as a pandemic response and tool for the future. Directionally, their results paint a picture of telemedicine’s irreplicable value. Telemedicine is transforming health care for some groups more than others.

The efficacy of telehealth can be defined and refined by the people it serves. Before—and now exacerbated by—the pandemic, health care inequalities existed predominantly among people of color. But, according to a 2021 AARP study, telehealth adoption rates have been highest in many of these same communities, suggesting that remote consultation is one way to remove certain health care disparities and access barriers like transportation, time off from work, and mobility.

Members of the LGBTQ+ community have also been more likely—by 25%— to utilize telehealth for mental health services compared to non-LGTBQ+ peers since the start of the pandemic. This is largely due to the fact that LGBTQ+ users have experienced disproportionately higher rates of mental health challenges since the pandemic began.

Right now, in its nascent, formative stages, telehealth should also be defined by the groups it does not serve. According to the FCC, 6% of the total U.S. population—roughly 19 million people— live without access to the minimum fixed broadband speeds, an essential tool for utilizing telehealth services. Rural and tribal communities are disproportionately affected, with one quarter and one-third of those populations lacking access, respectively.

With pandemic-related emergency restrictions being removed in health care facilities across the country, the future of telehealth and its staying power among providers and patients is in question. In addition, debates around payment parity may also mean that cost-saving is no longer a benefit of telehealth, particularly for populations that use and need it most. Women from various backgrounds fall into this category.

Citing statistics collected from its own 1,000-person study and research from other organizations, including the CDC, Kaiser Family Foundation, and American Medical Association, CirrusMD compiled seven statistics on how telemedicine impacts women’s health care. 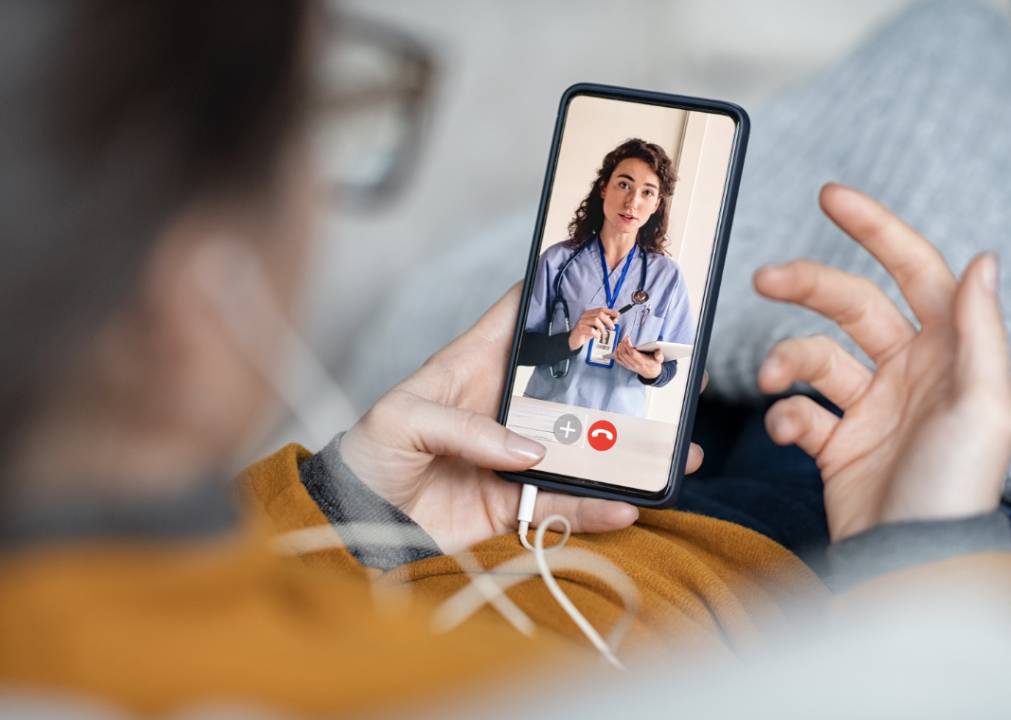 Over one year, 24% of women, on average, scheduled at least one telemedicine appointment compared to 19% of men. However, women were also more likely to skip routine appointments than men. Both of these facts could be attributed to the disproportionate burden placed on women during the pandemic. Women were more likely to worry about illness, savings, and loss of income. More mothers, particularly single mothers, quit their jobs due to the pandemic compared to fathers. It is not difficult to see why skipping appointments altogether or opting for the convenience of telehealth are on the rise among women in the United States. The CDC data did not collect information on nonbinary individuals. 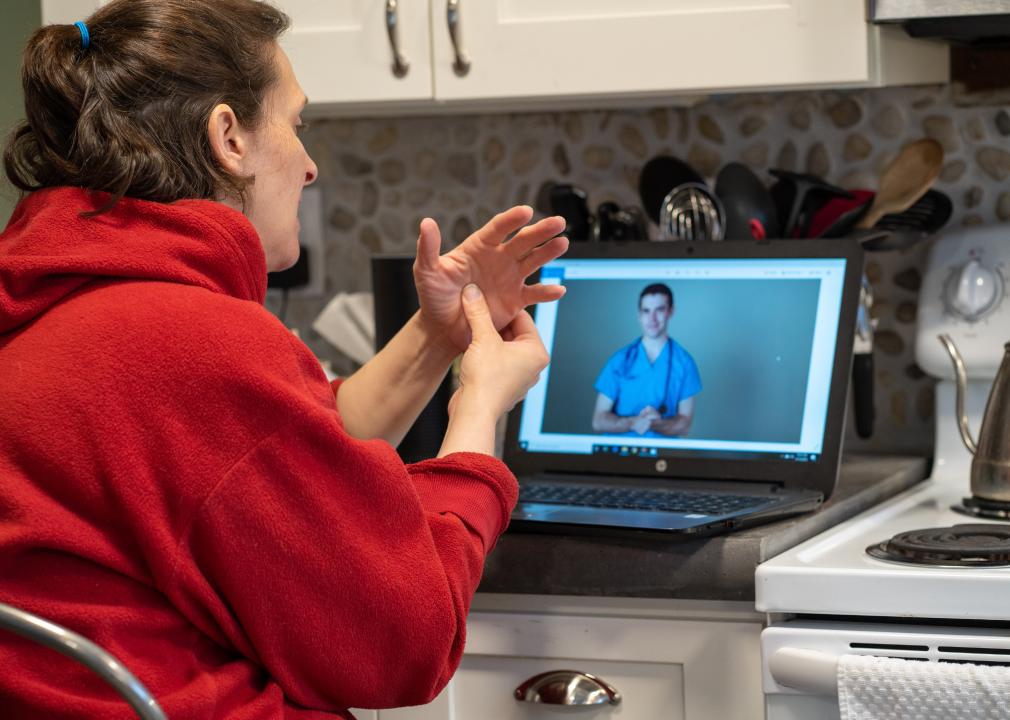 Among women who have received telemedicine care, 62.8% said it was comparable to in-person care, and 25.9% said it was better than in-person appointments according to a CirrusMD study. Both CirrusMD and the Kaiser Family Foundation report favorable views on telehealth among women. More than 70% of women rated their telehealth experience with mental health services as very good or excellent. In no health care category did ratings of fair or poor surpass 15%. These similar, independent findings suggest that a comfort and even preference for telehealth exists among users. 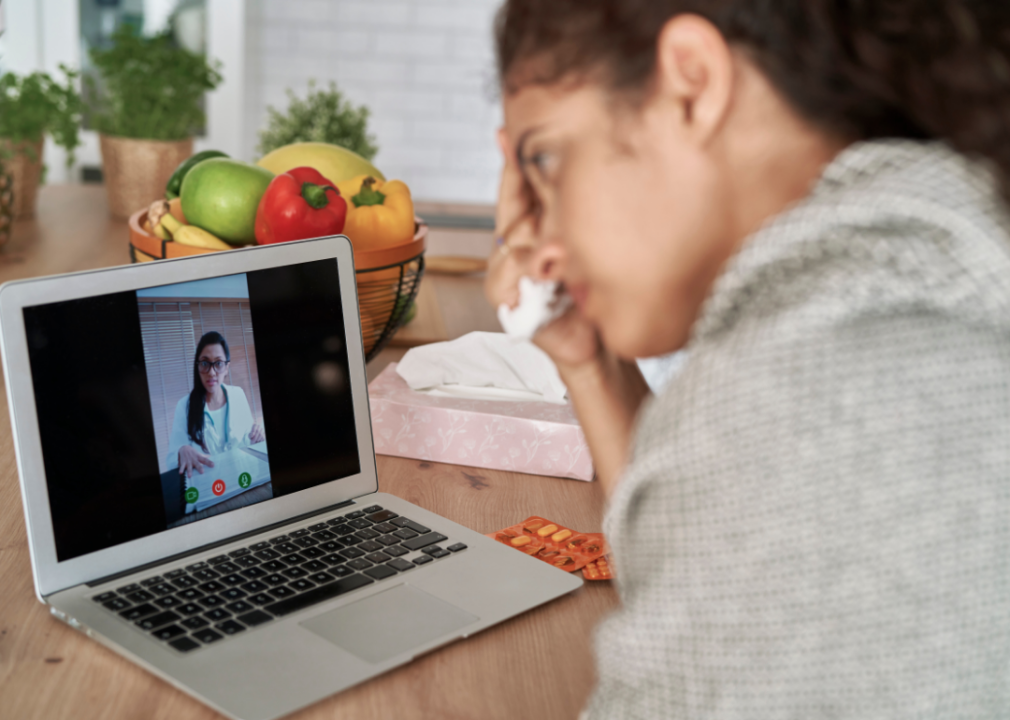 A Kaiser Family Foundation survey found 38% of women respondents skipped routine check-ups and tests during the pandemic, with women in fair or poor health skipping at the highest rates. About 46% of women in fair or poor health were more likely to have skipped routine care than women who reported being in good or excellent health. Women with worse health were also more likely to skip recommended tests, treatments, and prescription refills. They also reported the highest rates of difficulty even getting an appointment—double that of men. Delays in essential care are leading to long-term health issues for many women. About 27% of women in fair or poor health have reported worsening conditions. Low-income women were also more likely to report health deterioration due to skipped care. 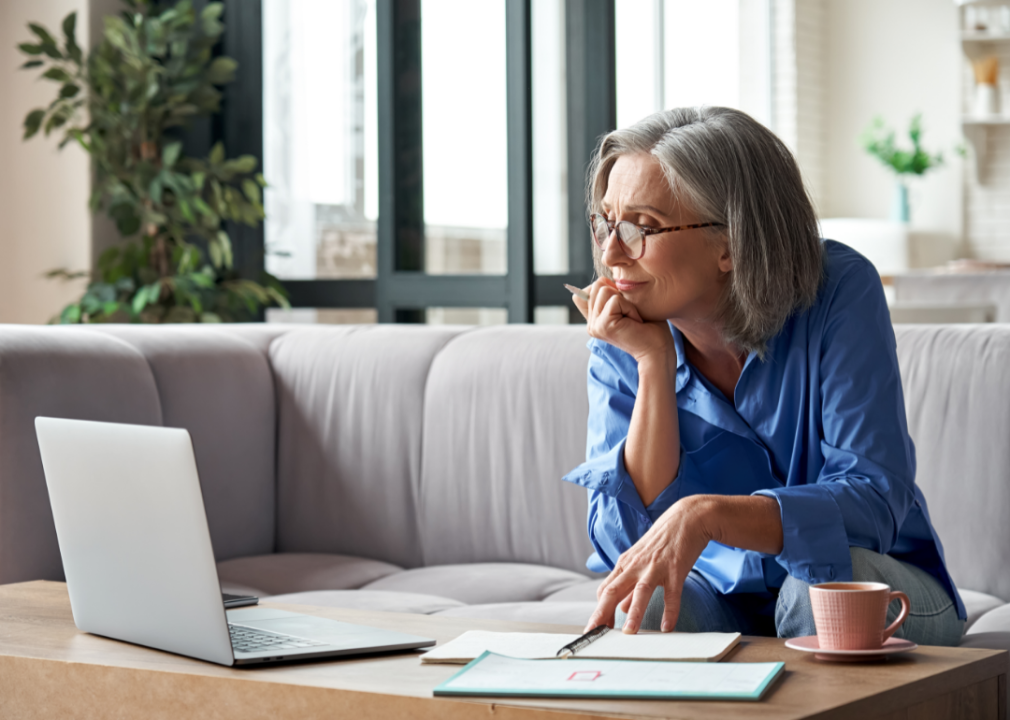 During the pandemic, the number of women who had telehealth visits nearly tripled, with women aged 50-64 showing the most significant increase. Prior to the pandemic, just 13% of women between the ages of 50-64 ever had a telehealth appointment, according to a Kaiser Family Foundation survey. Between March and December of 2020, that number rose to 42%. When broken down by other sociodemographic factors, women with a college degree and insurance were more likely to have had a telehealth visit during the pandemic. 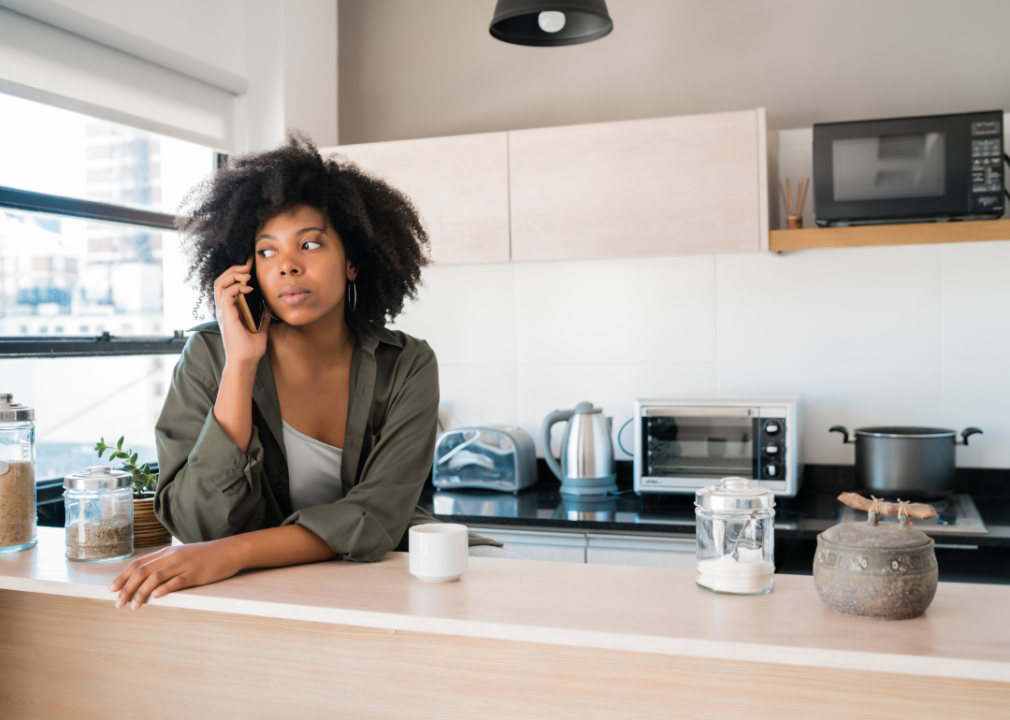 Most women did not use telehealth appointments for coronavirus-related symptoms

The top reasons women sought telehealth appointments were for minor illness or injury (21%), management of a chronic condition (18%), and mental health services (17%). According to a Kaiser Family Foundation survey, less than 10% of telehealth appointments for women were for COVID-related symptoms. This number was equally low for men. Instead, primary reasons included minor or chronic issues and mental health services. More than half of women reported that COVID-related stress negatively impacted their mental health. Additionally, according to CirrusMD, more than 25% of their study respondents stated they sought a telehealth appointment because they did not believe their issue required in-person treatment. COVID-19 restrictions early in the pandemic deemed issues like chronic pain management as non-urgent, and in-person services were paused. For many, telehealth was able to serve as an alternative treatment option. 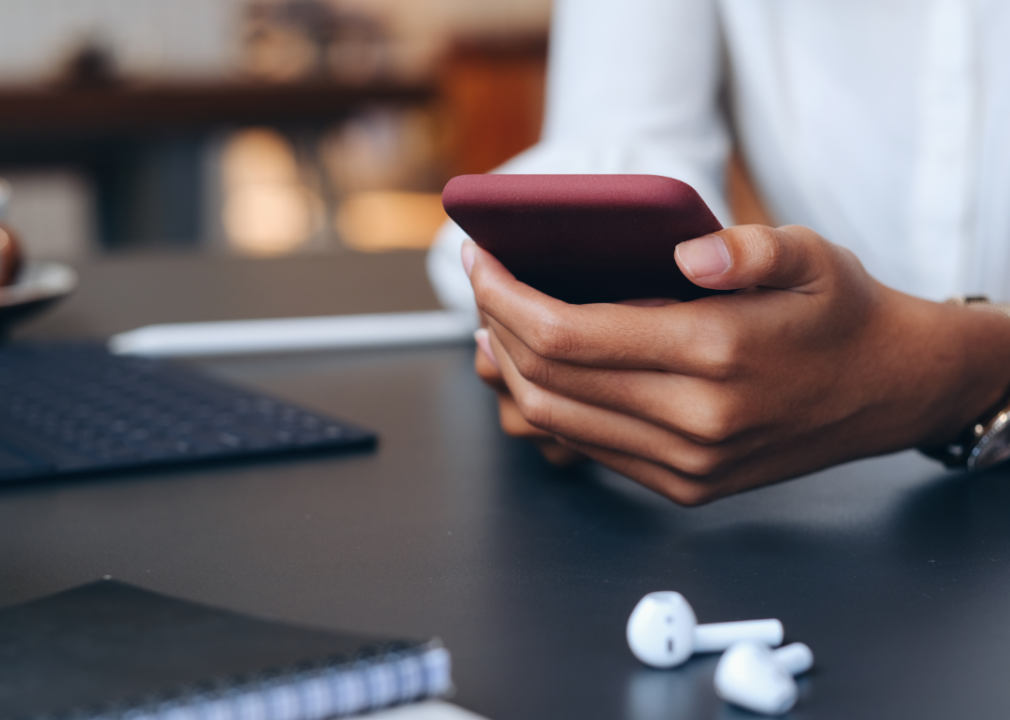 Among women telehealth users surveyed by CirrusMD, respondents also said they would be less likely to delay care if they had access to text-based telehealth services. Text-based telehealth reduces the need for appointments, virtual waiting rooms, access to broadband services, or private space for video calls. According to a CirrusMD survey, more than 50% of women reported that scheduling conflicts with health care providers delayed care. About 23% of respondents cited financial hardship due to missing work as a reason for missing an appointment. The survey also found that 62% of women said they would delay care less often if text-based telehealth services were available and would most frequently use them to questions that arise between regular appointments. 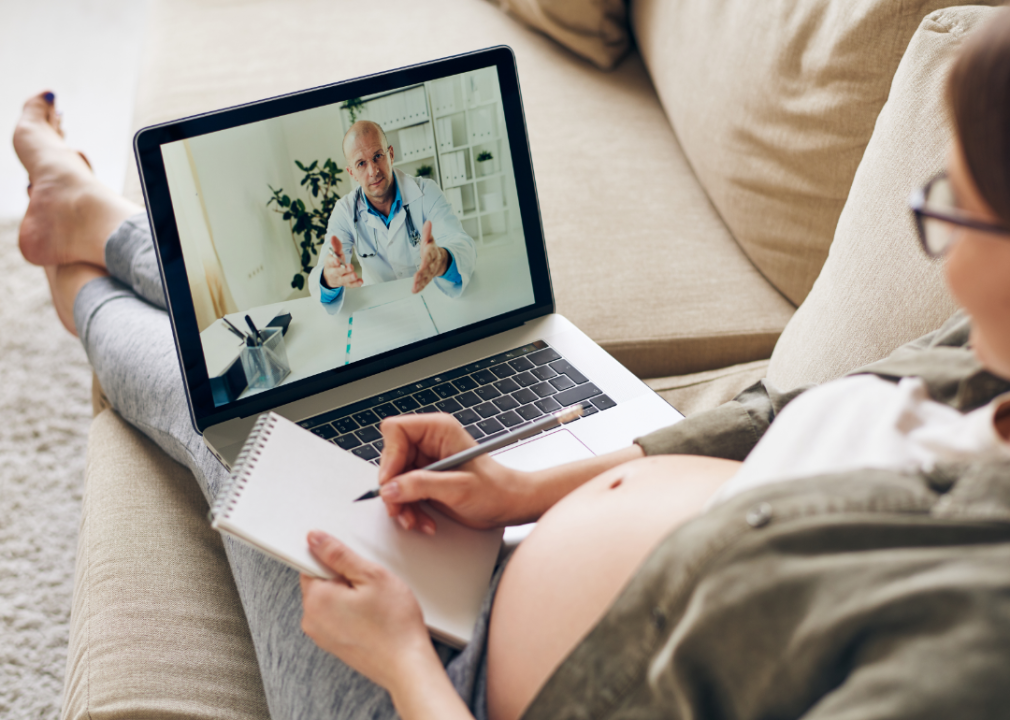 The majority of surveyed women would use telehealth between routine appointments

Almost 80% of surveyed women telehealth users said they would consider using telehealth services to consult with their OB/GYN in between regular appointments. According to a Kaiser Family Foundation survey, 86% of OB/GYNs said they did not conduct telehealth visits before March 2020. Just three months later, 84% reported having telehealth offerings. However, the majority of OB/GYN’s cited challenges with telehealth, mainly relating to their inability to conduct physical examinations and diagnostic testing as well as user (patient) error. They also reported that fewer patients were seeking care during the pandemic. While some practitioners were able to provide contraceptive and STI consultations via telehealth, the vast majority of OB/GYN’s said it was at least somewhat more difficult to address a patient’s chronic gynecological conditions or preventative reproductive care. Despite these barriers from the practitioner’s perspective, a CirrusMD survey found that most women are willing to consider virtual consultations with their OB/GYN. This suggests that updated processes and technological infrastructure could help bridge the gap between patient interest and the OB/GYN experience.

This story originally appeared on CirrusMD
and was produced and distributed in partnership with Stacker Studio.

How fruit and vegetable consumption varies by state