Easy plant-based swaps for any recipe 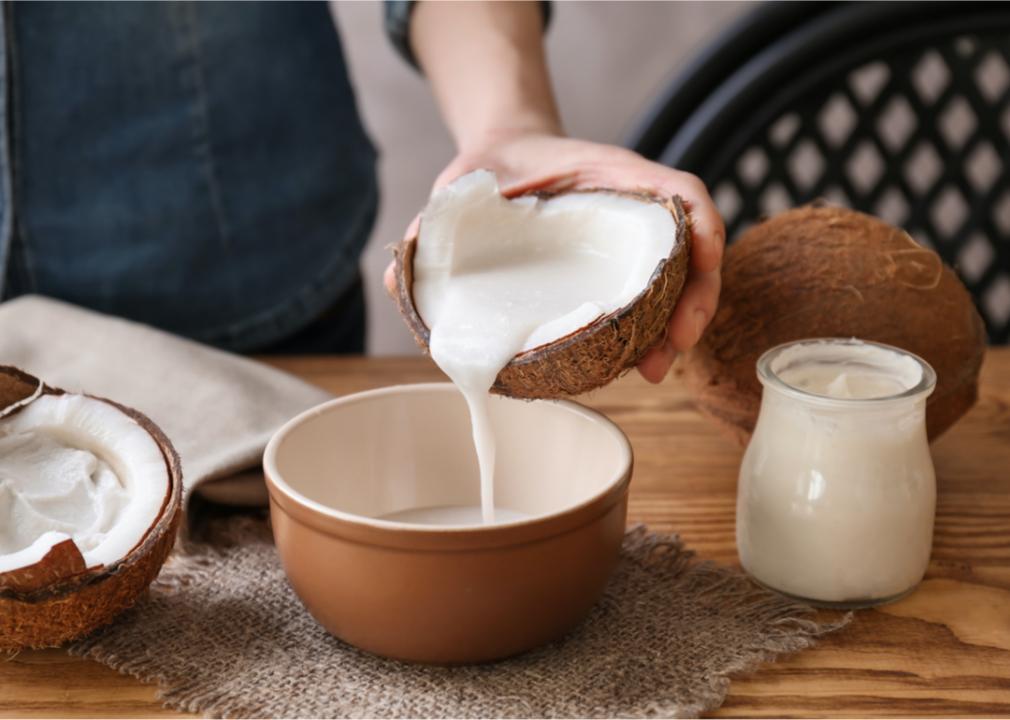 Easy plant-based swaps for any recipe

The plant-based revolution is officially upon us. According to data released last year by the Good Food Institute and Plant Based Foods Association, plant-based food sales surpassed $7 billion in 2020. A decade ago, something as commonplace today as tofu wasn’t standard in every grocery store; today, you can order plant-based versions of burgers, breakfast sausage, and chicken at major fast-food chains.

While most grocery stores have started carrying plant-based versions of pantry staples like butter, yogurt, and meat, these products may be more expensive than the ingredients they’re replacing and can come highly processed. But as the plant-based revolution grows, professional and home cooks are constantly experimenting to find straightforward, healthy ingredient replacements to create plant-based versions of virtually every dish.

Keep reading for a quick lesson in food chemistry and to discover simple and healthy plant-based swaps for your favorite family recipes. 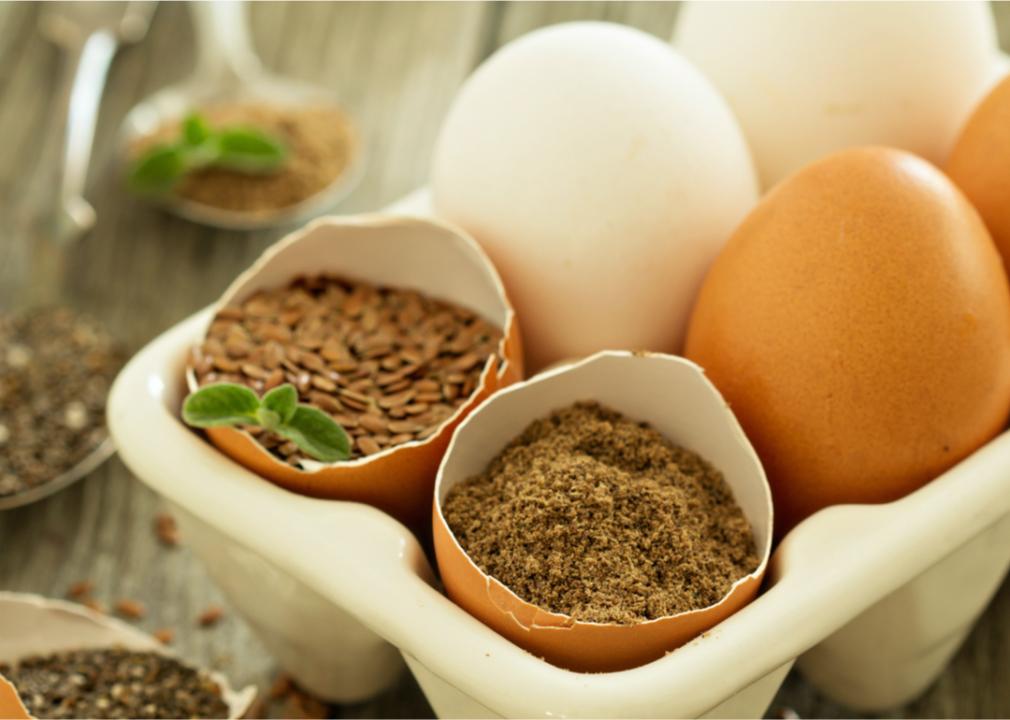 Eggs work miracles in baked goods, binding ingredients together and helping batter or dough rise and hold its shape. While there are other products on the market that can mimic baked, scrambled, or fried eggs, two nutritious pantry staples can stand in for an egg in most baking recipes: flaxseed and chia seeds.

When ground flaxseed is mixed with water, the mixture takes on a gelatinous consistency perfect for binding ingredients while baking. For this egg swap, the rule of thumb is one tablespoon of finely ground flax seeds and three tablespoons of water per egg.

Chia seeds and water work similarly, though the seeds don’t need to be ground and the ratio is one tablespoon seeds to one-third of a cup of water. Let the mixture sit for at least 15 minutes before use. 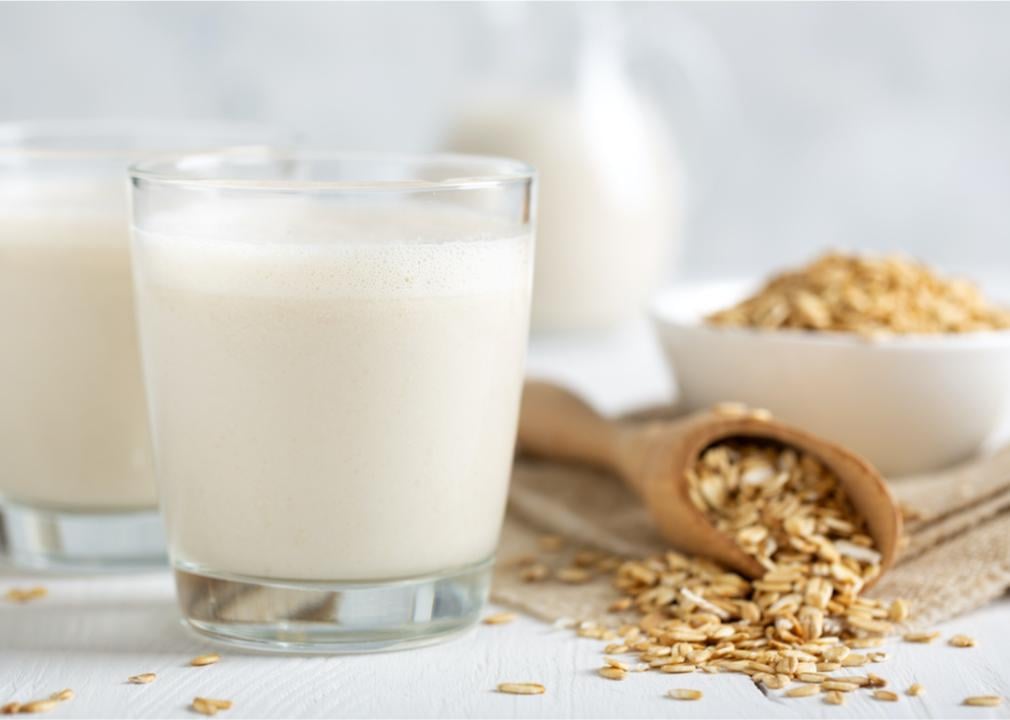 Buttermilk is an acidic ingredient that softens the texture of baked goods while adding body and a subtle, sour tang. Buttermilk helps quick breads rise and adds only a negligible amount of fat. While true buttermilk is the result of bacteria growing on the cream leftover from churned butter, plant-based replacements are simple enough to make and do a solid job replicating the principles of the dairy-based original.

Bakers have long utilized the classic kitchen swap for buttermilk of combining regular milk with an acid such as lemon juice. The method is the same with nondairy milk. Combine a ratio of one cup nondairy milk (thicker, plant-based milks like oat or soy are most successful) to one tablespoon acid (apple cider vinegar, lemon juice, or white vinegar). Whisk the two together and let sit for five to 10 minutes before using in your recipe.

Leftover plant-based buttermilk will keep in the fridge for up to four days or in the freezer for three months. 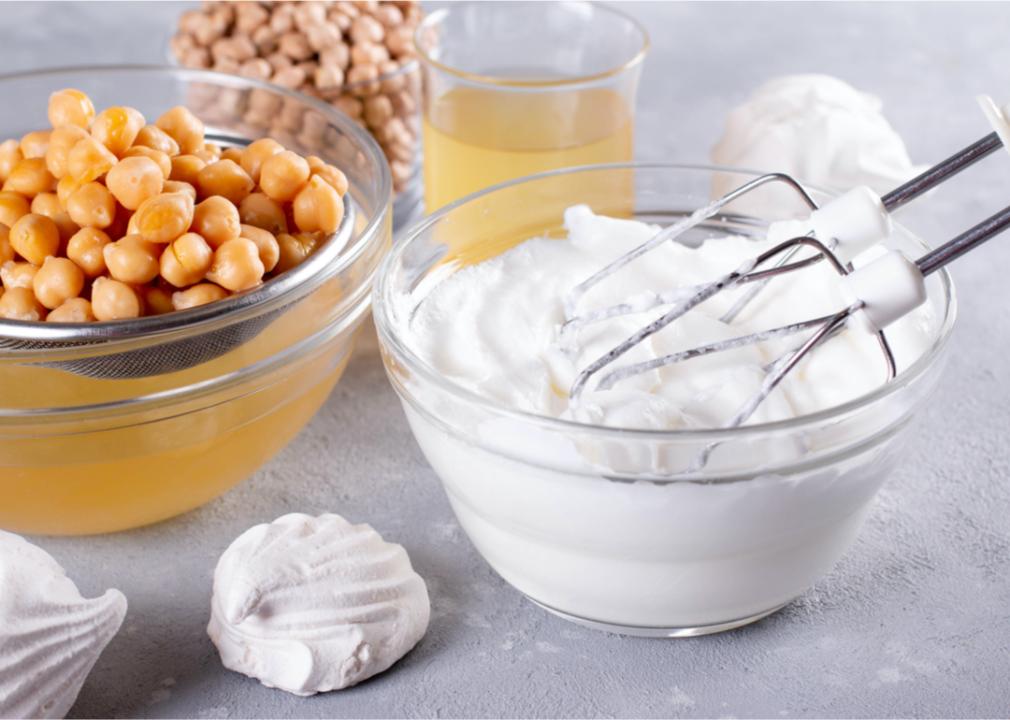 Egg whites star in some of the most dramatic desserts, from meringues to macarons. Egg whites foam when whipped, making them a delicate ingredient that is notoriously difficult to mimic.

In 2014, A French singer named Joël Roessel discovered the liquid from hydrated beans could create the same foaminess as whipped egg whites, and the rest is history. The secret ingredient, aquafaba, is present in most kitchens: It’s the liquid in a can of chickpeas. To use aquafaba in a recipe, just whip it up as though it’s the foamed egg whites the recipe requires. Aquafaba can also be used as a binder in baked goods and cocktails like whiskey sours. 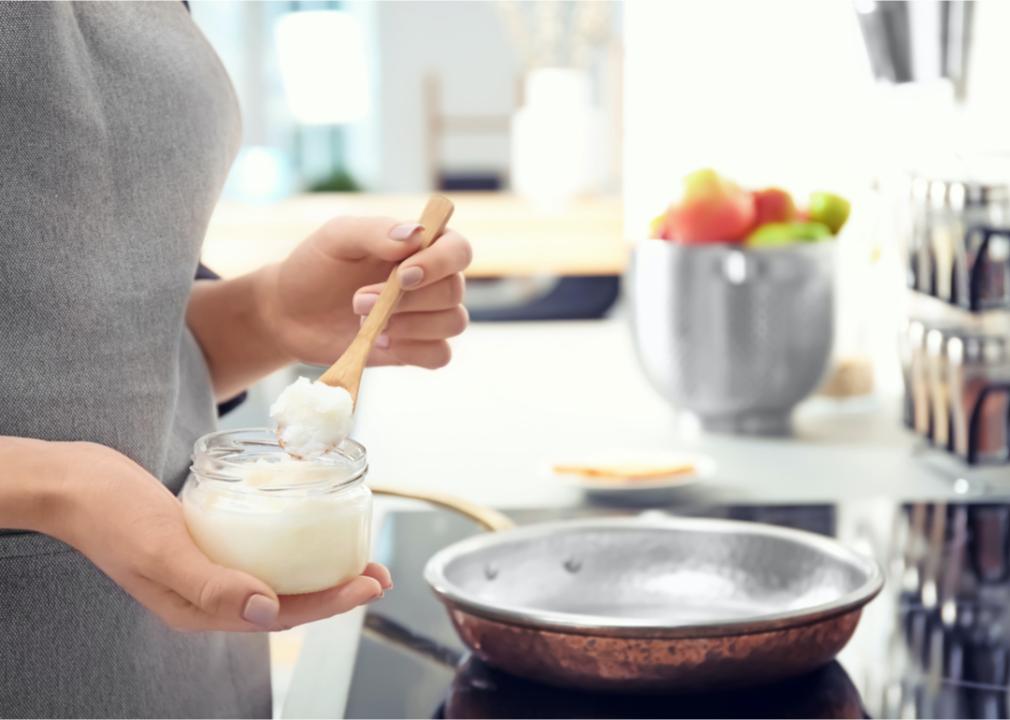 Butter adds rich flavor to recipes and gives pie crusts their flaky texture. Plenty of oils—from olive and canola to sesame and walnut—can serve as stand-ins, but coconut oil is the closest match in thickness and brings along healthy, plant-based saturated fats. Like its dairy-based counterpart, coconut oil is semisolid at room temperature, and its flavor pairs well with desserts. 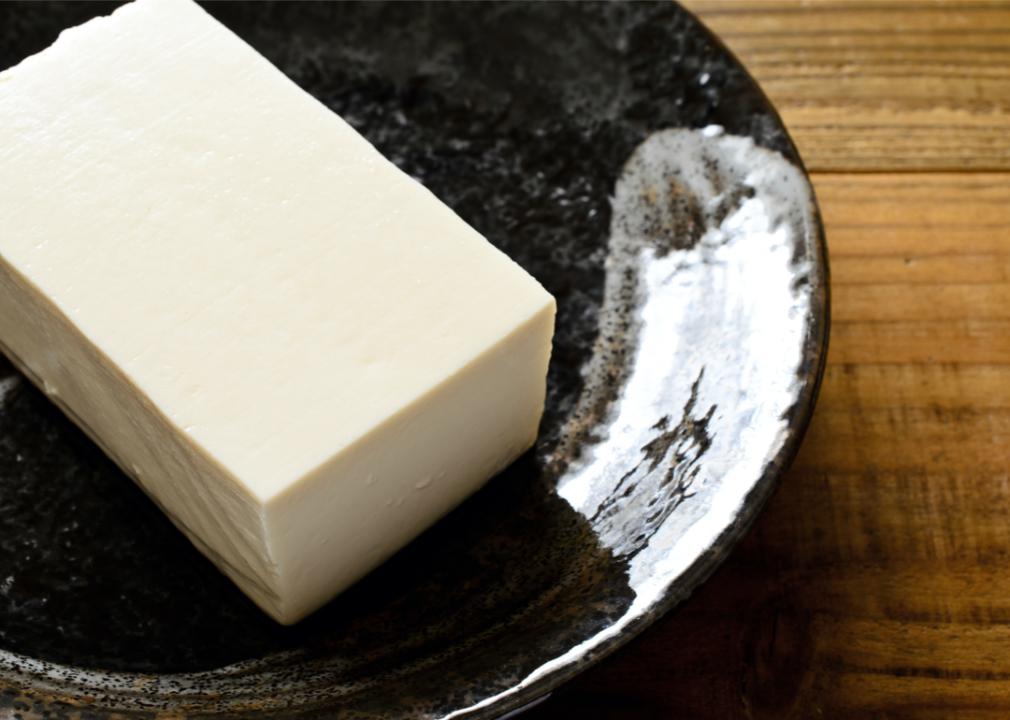 Greek yogurt is a bit of a silver bullet in baking, lauded for its ability to puff up baked goods and keep them from drying out while providing a tangy undercurrent of flavor. For home cooks seeking similar properties from a plant-based source, pureed, medium-firm silken tofu will do the trick as a one-to-one recipe swap. The “cream” at the top of a can of coconut milk will also work—just separate it from the water first. 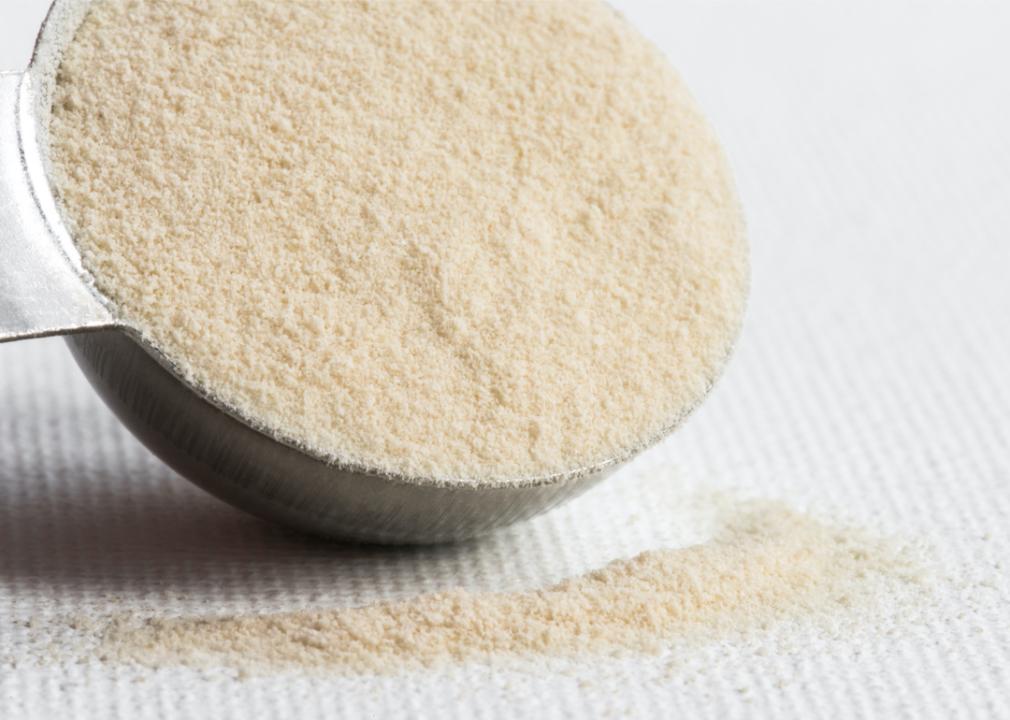 Gelatin is found in many familiar foods, from marshmallows and Jell-O to some jams and mousses. The chemistry of gelatin is notoriously hard to duplicate, which makes agar-agar—a product derived from seaweed—such a miraculous stand-in. Agar thickens and sets just like gelatin and can be used in equal parts, making it a seamless replacement for the animal-based ingredient. 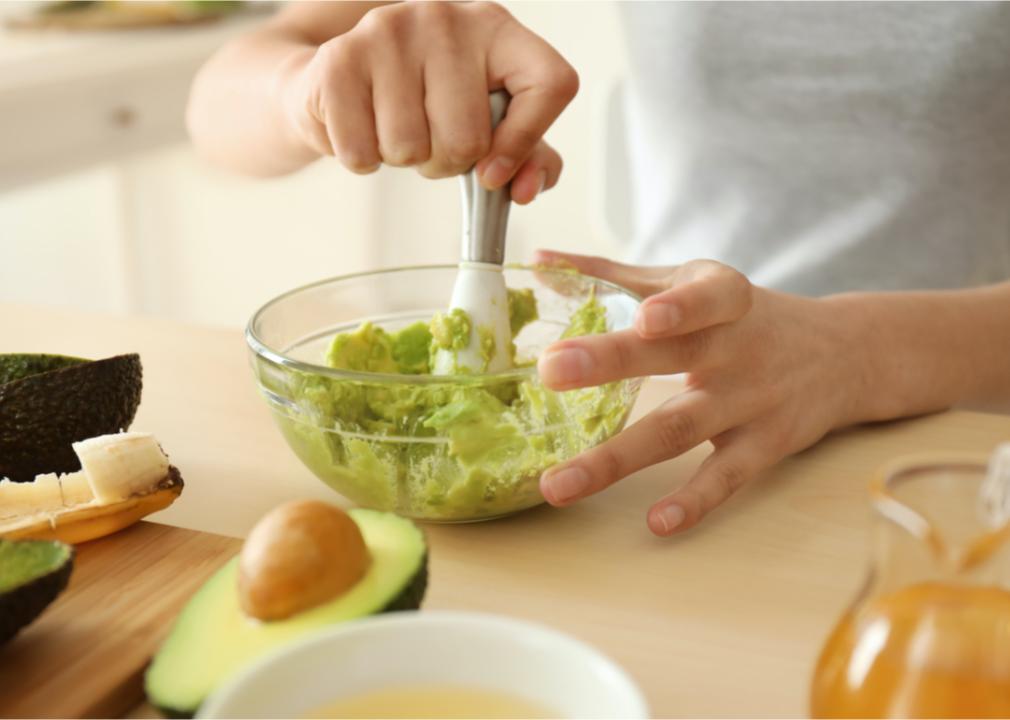 Mayonnaise is the product of whipping eggs together with oil and a little vinegar, which combine to create a smooth and creamy base for a host of recipes.

There are plenty of plant-based mayos on the market today, but not every supermarket stocks them. In a pinch, a ripe avocado provides a creamy, flavorful substitute in sandwiches, salads, and sauces. 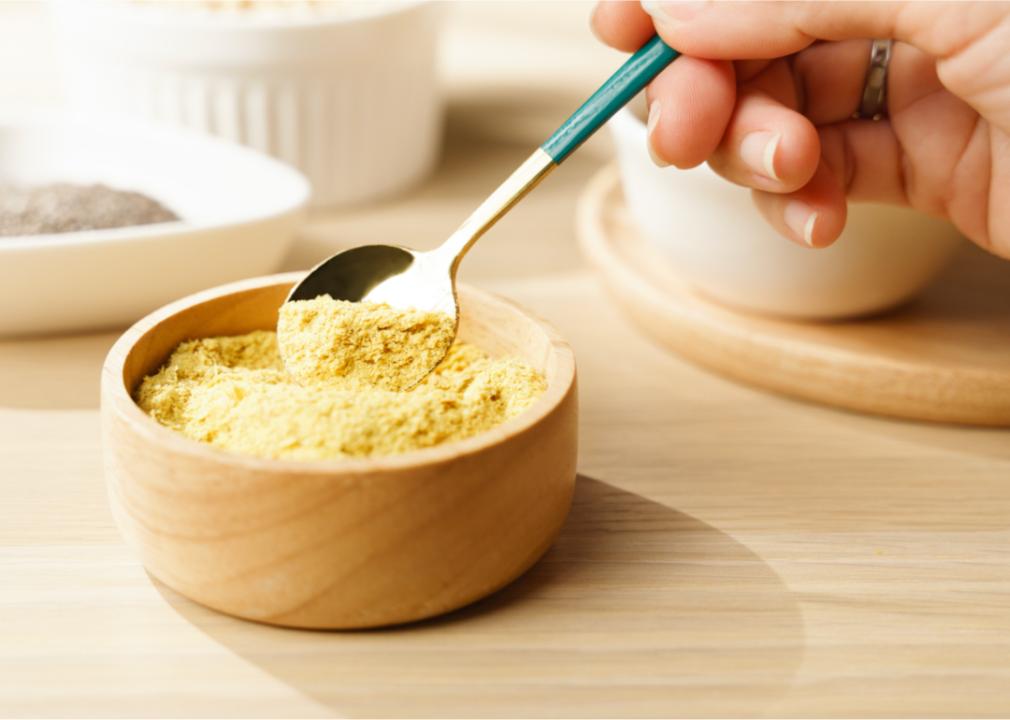 Soup, pasta, or mac and cheese: parmesan cheese has found a happy home in a plethora of dishes. This helps explain the rise in popularity of “nooch,” or nutritional yeast. This ingredient has long been a vegan and low-fat cheese swap due to its similar flavor properties and myriad health benefits.

Nutritional yeast is derived from deactivated yeast that has undergone a heating and drying process, unlike the activated yeast you’d use to make baked goods rise. It keeps in a sealed container for up to a year and is widely accessible online and in supermarkets or specialty health food stores. 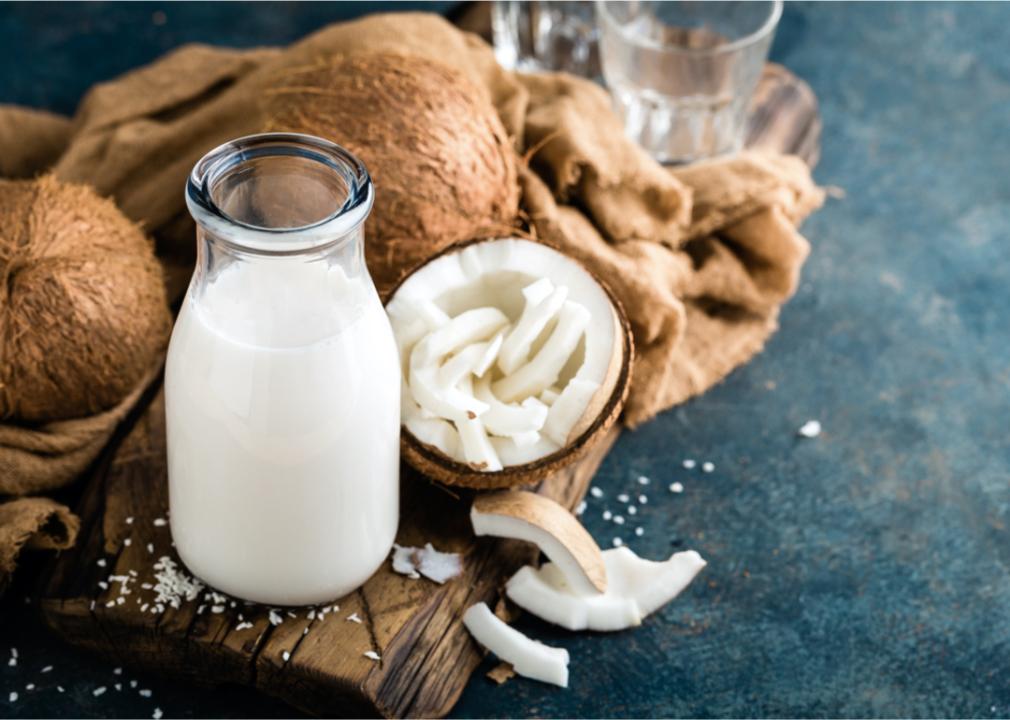 Heavy cream can thicken and enrich soups or sauces and is a staple in main courses, sides, and desserts. Full-fat coconut milk or other thick, plant-based milks like cashew can mimic the richness of dairy. These plant-based versions can be used just like heavy cream, but be mindful that these replacements come with their own flavor profile and won’t whip like milk—although coconut milk provides the closest substitute.

This story originally appeared on Almond Cow
and was produced and distributed in partnership with Stacker Studio.

How fruit and vegetable consumption varies by state