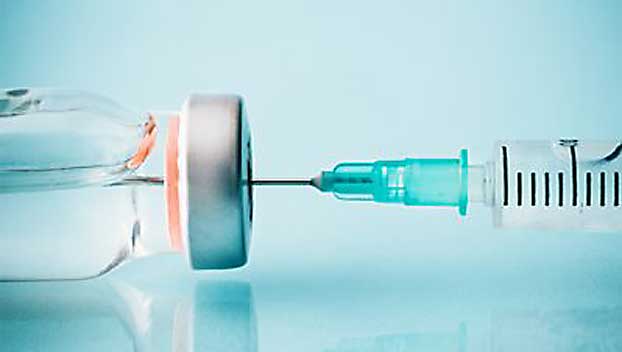 Defense Secretary Lloyd Austin, in letters to seven governors, is reaffirming the need for members of their states’ Army and Air National Guards to get the mandatory COVID-19 vaccine or lose their Guard status.

In nearly identical letters signed late last week, Austin tells the governors that the virus “takes our service members out of the fight, temporarily or permanently, and jeopardizes our ability to meet mission requirements,” according to copies obtained Monday by The Associated Press.

The letters, which have not been publicly released, come as the military services begin to ramp up the number of active-duty troops being discharged for refusing the vaccine. Nearly 600 Marines, airmen and sailors have been thrown out of the military or dismissed from entry-level training at boot camps as of last week.

Two of the letters — to Alaska and Texas state leaders — note that they have an ongoing lawsuit over the vaccine and that, Austin said, limited his ability to comment further on their concerns.

Texas, Oklahoma and Alaska filed lawsuits challenging the military’s vaccine mandate, but a federal judge has already rejected the Oklahoma challenge. The Alaska governor was one of five Republican state leaders who sent a letter to Austin asking him not to enforce the mandate on National Guard troops. The other four were governors from Wyoming, Mississippi, Iowa and Nebraska.

The latest letters were to those five governors along with Idaho and Texas.

Austin’s response to them mirrors the letter he sent in late November to Oklahoma Gov. Kevin Stitt, defending the department’s vaccine mandate as necessary to maintain military readiness and the health of the force. At the time, he warned that failure to get the vaccine “may lead to a prohibition on the member’s participation in drills and training” and could “jeopardize the member’s status in the National Guard.”

In the new letters, Austin changed a key word in that sentence, telling the governors that failure to get the vaccine “will” lead to prohibiting members from participating in drills and jeopardizing their status.

“To ensure that we maintain a healthy and ready military force capable of accomplishing our mission to defend this Nation and to protect the American people, vaccination against COVID-19 is an essential military readiness requirement for all components and units of the military,” including the Guard, he said.

Alaska joined the lawsuit filed by Texas Attorney General Ken Paxton. Texas has more than 20,000 National Guard members, the largest contingent of any state. About 40% of its Army National Guard are currently refusing to receive the COVID-19 vaccination “for either religious accommodation needs or otherwise,” according to the lawsuit filed in a federal court in East Texas.

It added that more than 200 airmen in the Texas Guard are also refusing the vaccine.

Thousands of members of the active-duty military and the reserves are seeking medical, administrative or religious exemptions or refusing the shots. But overall, the percentage of troops, particularly active duty members, who quickly got the vaccine is high – with at least 97% in each service getting at least one shot as of last week.

According to the Centers for Disease Control and Prevention, nearly 87% of the U.S. population age 18 or older has gotten at least one shot.