Need a new ‘Home Town’? Mississippi house made famous by HGTV stars Ben and Erin Napier could be yours for $390,000 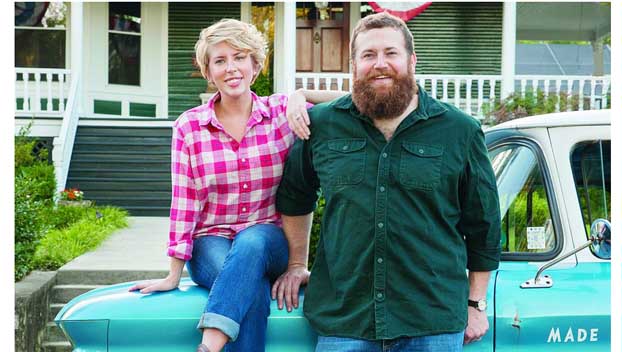 Ole Miss alumnus Ben Napier (right, pictured with his wife, Erin Napier) will be designing the bar top for McCormick’s at the Inn at Ole Miss. (Photo Contributed)

If you are hunting for a new place to call home and you love the hit HGTV show “Home Town” you might want to consider purchasing one of the houses that made the show’s stars, Ben and Erin Napier, famous.

The couple’s remodeled home in Laurel, featured in the first season of their hit show, just entered the real estate market at $390,000.

The 4 bedroom, 2 1/2 bath historic home in the heart of Laurel’s historic district was partially remodeled by HGTV’s Home Town in 2016 on Season 1 Episode 2.

Ben and Erin are not the current owners, who added a new roof to the house in 2019.

Dubbed the “Warren House” on the show (named after the former homeowners), the house is listed with Beau Davis of Vines Realty & Land and has an open house today from 1 to 5 p.m.

According to the listing, the house resides on “one of Laurel’s most desirable streets, lined with beautiful historic oak trees.”

The house is within walking distance from downtown Laurel and many of the shops that have been made popular by the television series, which is in its sixth season.

Included on the property is an “income-producing apartment” that is incorporated into a 2 car garage.