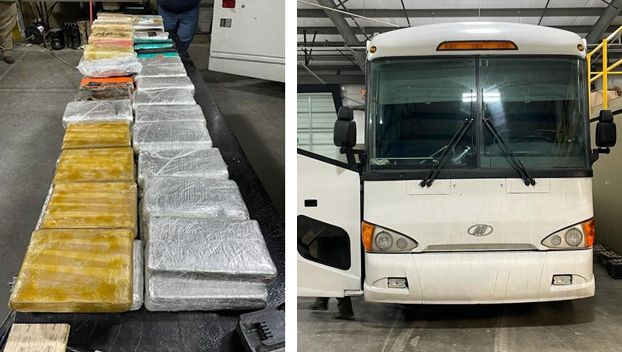 The deputy made a stop for a traffic violation near Pelahatchie. After speaking with the driver and his passenger, the deputy observed extremely nervous behavior coming from both occupants.

When a search of the bus was started, one of the suspects attempted to flee the scene and was quickly apprehended.

Fredy Gutierrez and Gabriel Manuel were then placed under arrest.

A further search of the vehicle then resulted in the discovery of 213 pounds of what was later determined to be cocaine.

The estimated street value of the cocaine is approximately $14 million. Gutierrez and Manuel were transported to the Rankin County Adult Detention Center where they are being charged with aggravated trafficking. District Attorney Bubba Bramlett will bring both before Rankin County Court Judge David Morrow for an initial appearance.