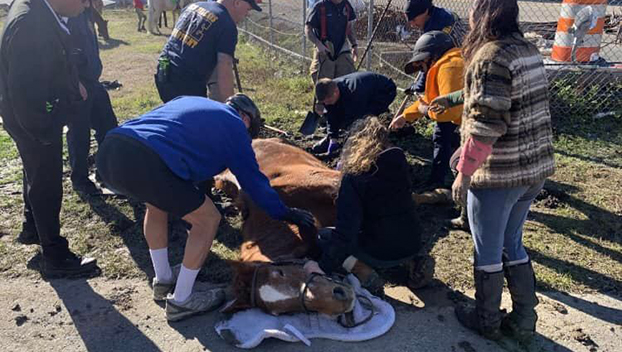 Firefighters rescued a horse that became stuck in a sinkhole near the Mississippi River Saturday.

Members of the New Orleans Fire Department were called to help rescue the horse.

The horse became stuck in a sinkhole at Broadway Street and Leake Avenue along the Mississippi River Trail.

Firefighters were able to extricate the horse and posted photos of the rescue on social media.

The condition of the horse has not been reported, so far.