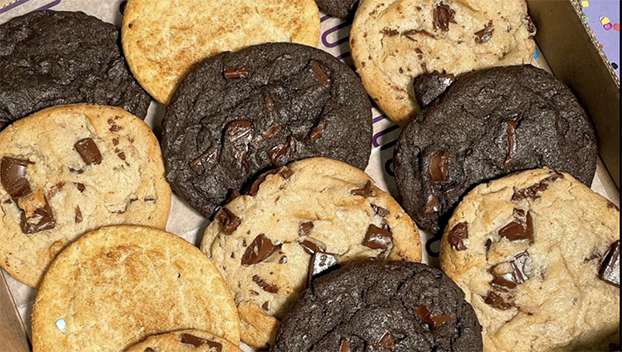 The commission found that Insomnia Cookies’ request to replace their current hanging sign with a larger, wall-mounted sign violated the special provisions of the signage regulations in the city’s land development code, which do not allow businesses in the city’s historic districts to use their building itself as advertising.

Staff argued that the current signage is more appropriate based on the design guidelines outlined in the city’s code.

“The current hanging sign is more suited, in material and application, to the proposal based on the design guidelines,” said Kate Kenwright, an historic preservationist for the city.

Commissioners also noted that the proposed signage did not fit the desired aesthetic of the historic district, saying that both the size of the new sign and its use of corporate logos is not typically allowed on the square.

“It does, in general, look like it belongs elsewhere,” said chairwoman Dorothy Laurenzo. “It looks like it might be in a strip mall instead of on the square.”

The commission eventually voted to table the discussion, requesting that Insomnia Cookies return to them with a new proposal for a smaller sign with more muted colors.

‘Me and God went straight in’ Mississippi woman enters…