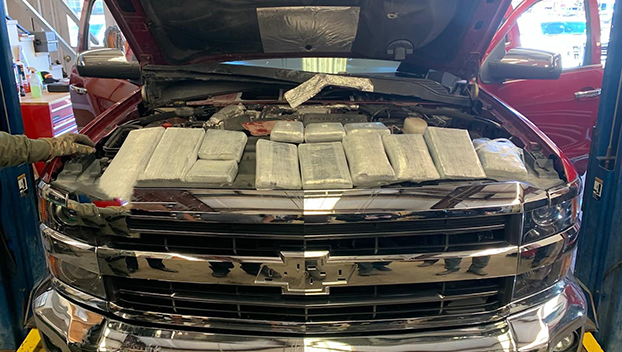 Just four days after 200lbs of cocaine were found hidden on a passenger bus traveling on Interstate 20, authorities discovered another 30 pounds of the illegal drug hidden in another vehicle during a stop.

On Tuesday, Feb. 8, a deputy with the Rankin County Sheriff’s Office Criminal Interdiction Team made a traffic stop on a Chevrolet pickup truck on Interstate 20 for a traffic violation.

During a roadside interview, the deputy became suspicious after he noticed discrepancies in the stories given by the driver and another passenger.

During a consensual search of the vehicle, the deputy discovered approximately 30 pounds of cocaine located in the personal effects of the occupants and in a hidden compartment in the vehicle.

Both the driver and the passenger were placed under arrest.

The driver is identified as Brenda Gutierrez and the passenger as Miguel Gutierrez. Both suspects were transported to the Rankin County Jail and booked on the charge of Aggravated Trafficking.