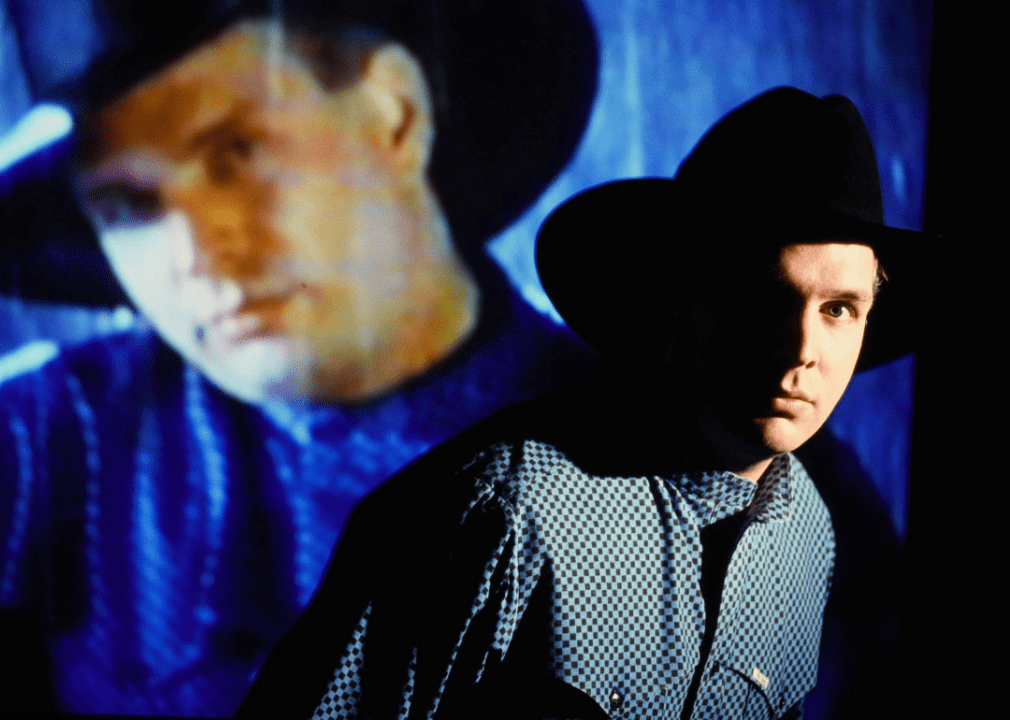 Garth Brooks is one of country music’s most famous artists. The singer’s first album, “Garth Brooks,” was met with critical and commercial acclaim when it was released in 1989, and followed up with a sophomore effort, “No Fences,” that made him an international country music superstar. Despite taking more than a decade off from releasing new albums in the early 2000s, Brooks has been an incredibly prolific songwriter, having released 16 albums since his debut. But which of these 16 are the best?

To determine the best Garth Brooks albums of all time, Stacker analyzed data from Best Ever Albums as of Jan. 31, 2022. Overall rank is determined by calculating the aggregate position of each album from more than 38,000 different top albums charts. The 38,000 charts referenced are a blend of charts from publications like Rolling Stone, New Music Express, Stereogum, and The Quietus, and people’s personal charts. In theory, the more charts that an album has appeared on and the higher its rank score, the better it will be. Only solo studio albums were considered, meaning no live albums, shared billings, or compilations.

Click through for a look at Garth Brooks’ best albums, and how they fit into his oeuvre and career.

You may also like: Successful U.S. companies started by immigrants 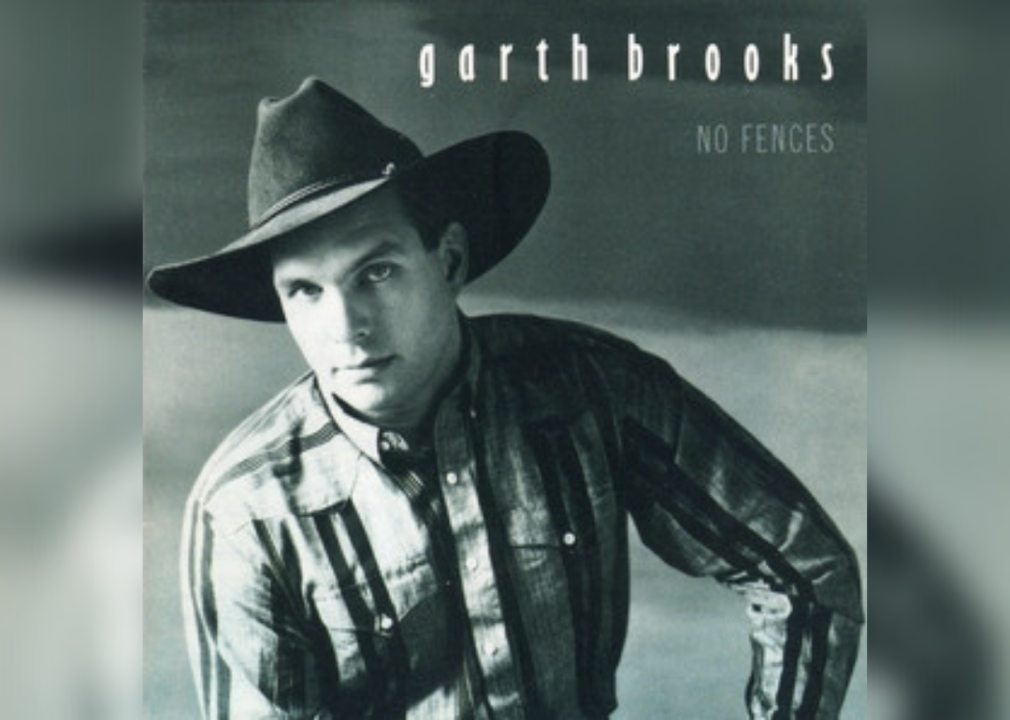 “No Fences” was Garth Brooks’ sophomore album and his first to hit #1. It was the fourth bestselling album of all genres in the 1990s, and is the album that put Brooks on the map as an international country music superstar. Some of Brooks’ most famous songs appear on the album, including “Friends in Low Places,” which would go on to win the Academy of Country Music’s 1990 Single of the Year. 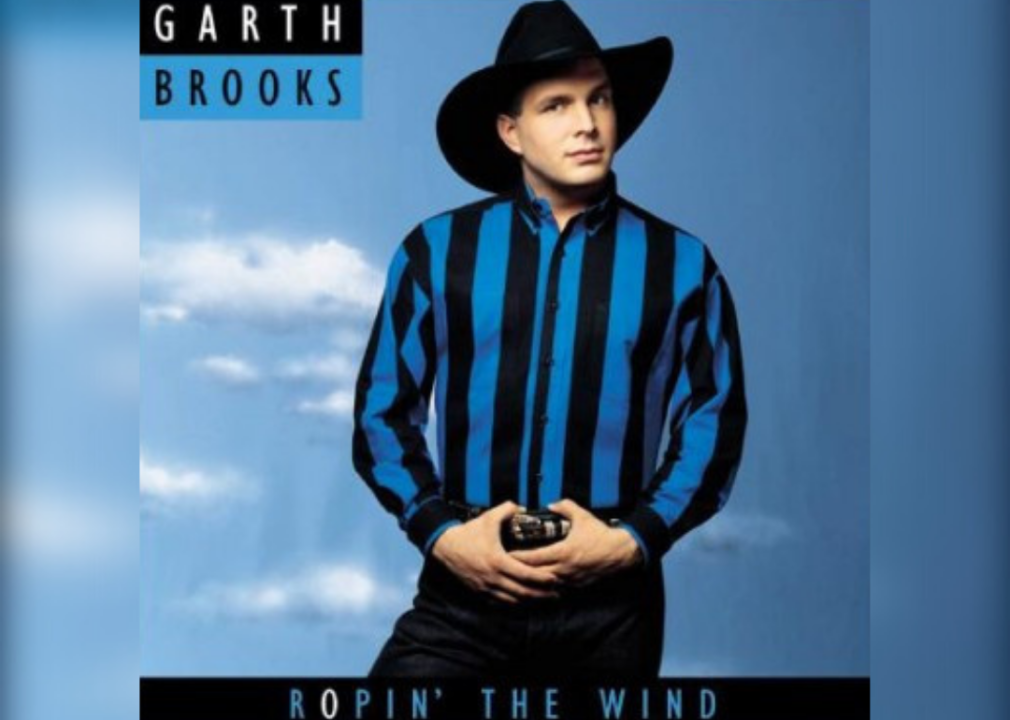 Garth Brooks’ hotly anticipated follow up to “No Fences,” “Ropin’ the Wind” was his first to hit #1 on the all genre Billboard 200 chart and the Top Country Music chart just after its release. One of the album’s marquee songs saw Brooks dip into cover territory, with his rendition of “Shameless” by Billy Joel. Brooks has said he wrote the album as a kind of “son of Fences” during the few days when he had not been touring to promote that album. 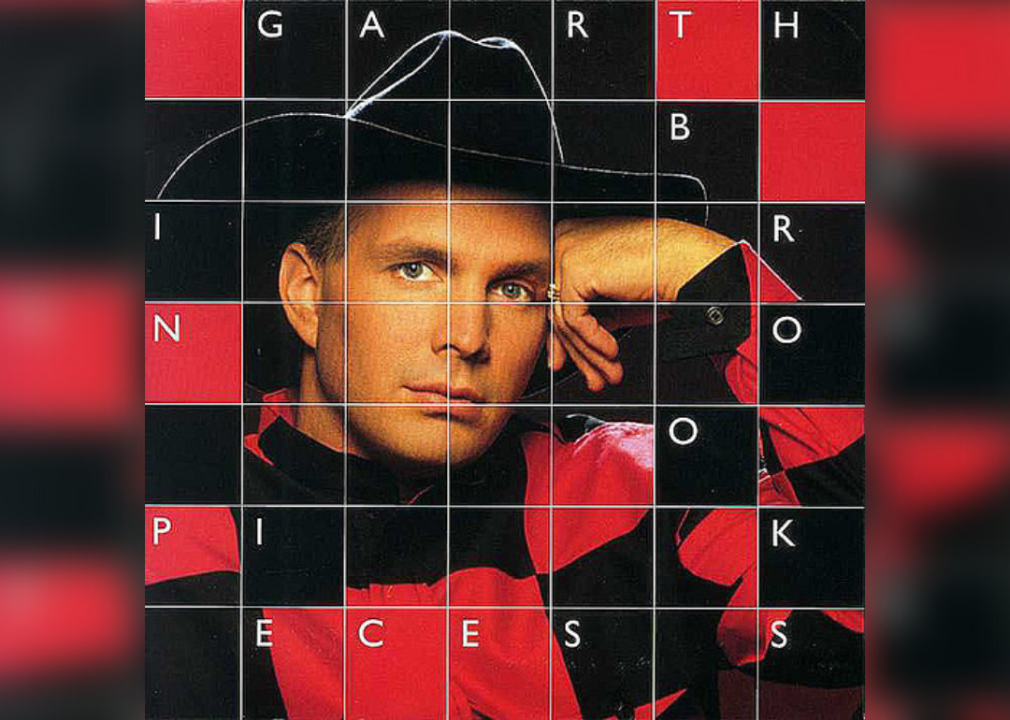 “In Pieces” was Garth Brooks’ sixth album, and a particularly huge hit outside the United States. The album debuted at #2 on the Billboard pop charts in the United Kingdom, a rarity for a country music album. Brooks said he made the album because he’d been feeling it was just time to smile, to laugh, and get loud. Brooks’ band in particular shines on this album, and he’s always been particularly proud of the cohesiveness on display in the album between all members of the band. 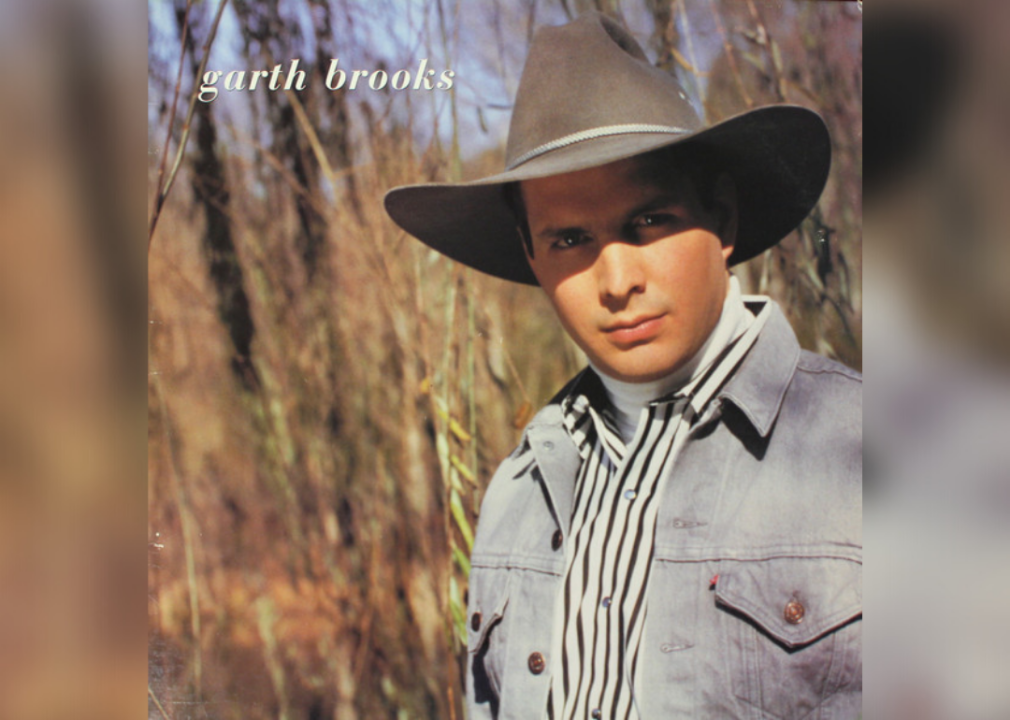 This eponymous debut album hit #2 on the Billboard Country Music charts. It was received with both critical and commercial success, and many of its tracks have been covered by famous artists in subsequent years. Barry Manilow recorded a cover of “Tomorrow Never Comes.” 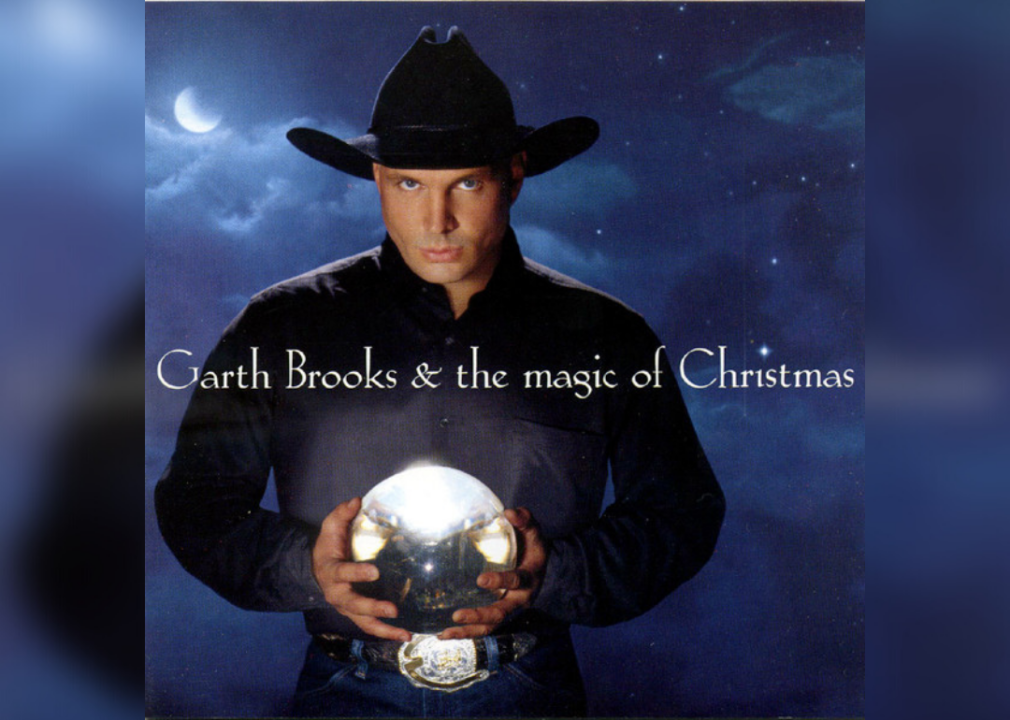 “Garth Brooks and The Magic of Christmas” was Brooks’ ninth studio album, and featured a mix of 14 secular and religious Christmas classics. Unlike his other albums, none of the tracks on it were originally written by Brooks. The album was the foundation for Brooks’ first televised Christmas special, which aired on NBC in December 1999, with guest appearances by Trisha Yearwood and Natalie Cole.

You may also like: Best small towns for retirees in America 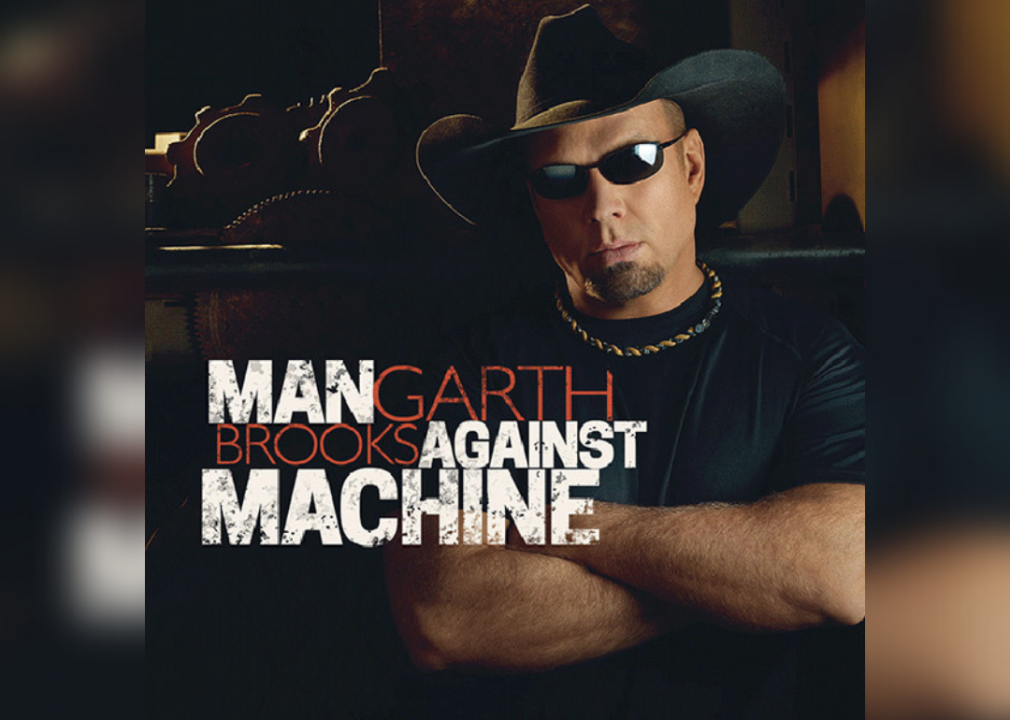 “Man Against Machine” was Garth Brooks’ first album since taking a 13-year hiatus from releasing new records. Brooks announced the album early in 2014 while promoting what he called his comeback tour. It was also the first album that Brooks released digitally. His “comeback” single—“People Loving People”—was well received, with Billboard calling it “firm, crunchy country rock.” 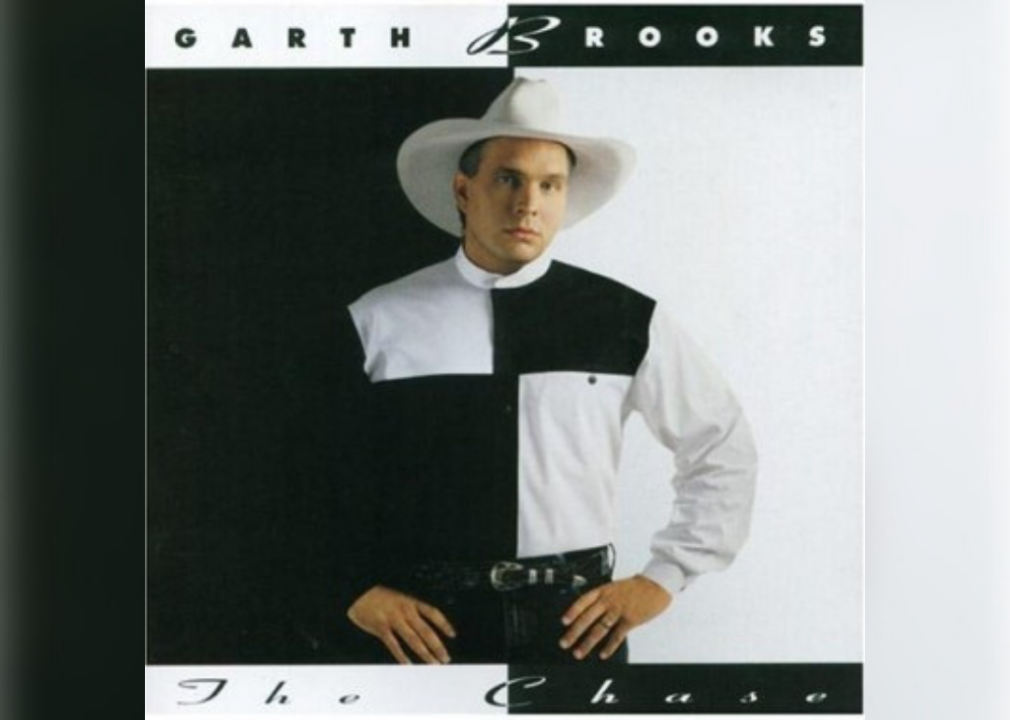 “The Chase” is Garth Brooks’ fifth studio album, and debuted at #1 on the Billboard 200 charts and the Top Country Albums chart. While taking the #1 slot is always a feat, “The Chase” beat out Madonna’s “Erotica” for this particular #1 spot. Brooks has said the album is his most personal, with many of the songs having been written from his own experiences. 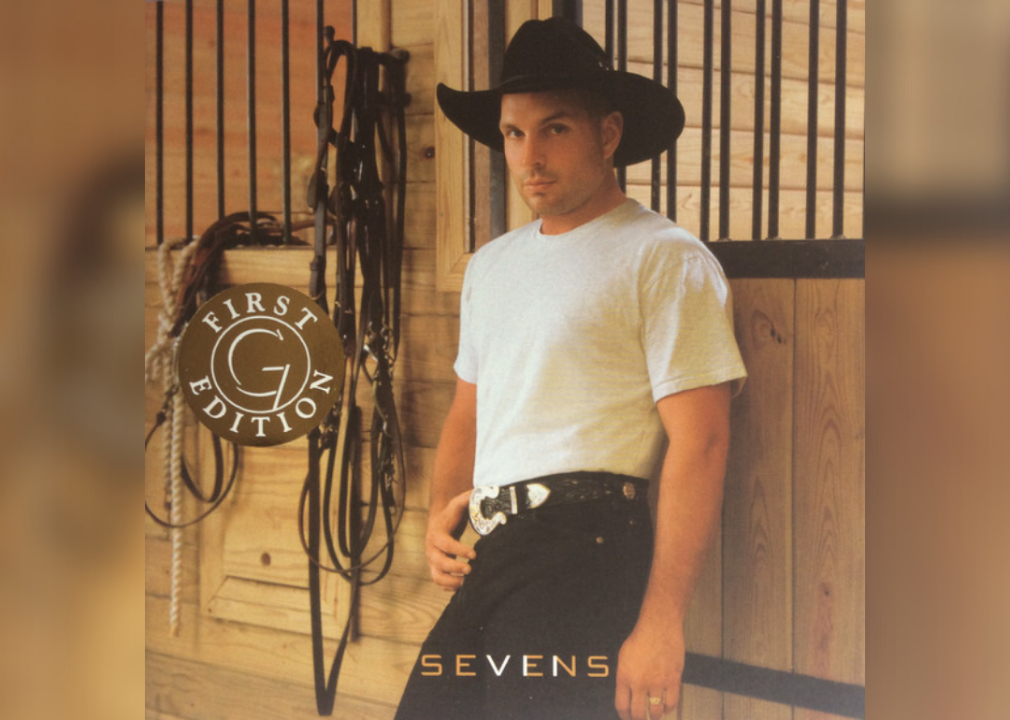 “Sevens” was a commercial and critical success. One of its singles—“In Another’s Eyes”—was recorded with Brooks’ current wife Trisha Yearwood. It would go on to win a Grammy for the Best Country Collaboration with Vocals in 1997, as well as being nominated for Country Music Album of the Year. “Fresh Horses” had the biggest first-week sales of any of Garth Brooks’ albums when it debuted in 1995 and sold nearly 500,000 copies. Brooks experimented across genres on the album, breaking out of his country music mold to try pop and ballads on for size. He also wrote the majority of the tracks on the album, and he has said the album was, as such, a real reflection of himself. 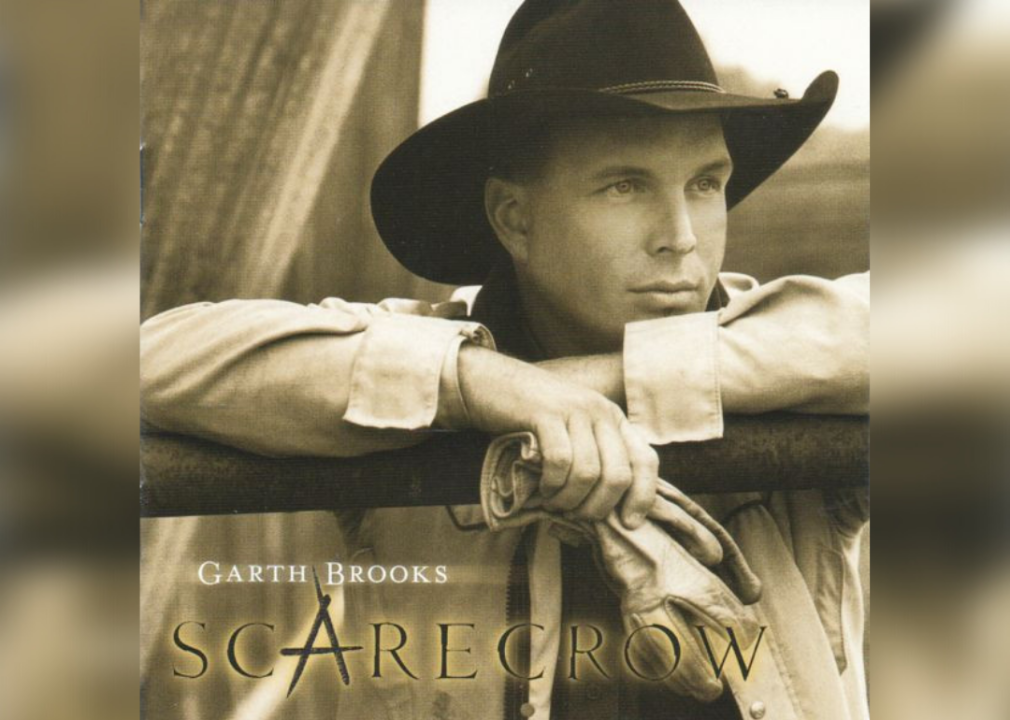 “Scarecrow” was Garth Brooks’ 14th studio album and the last album he released before taking more than a decade off from recording and releasing new work. Steel guitar heavy, the album is notably upbeat. “For the first time in my life,” Brooks commented upon its release, “I think I made a happy album.”

You may also like: Can you guess the company these real ‘Jeopardy!’ questions are about?