Report: Mississippi has lowest life expectancy in US — 6.5 years less than Hawaii and California 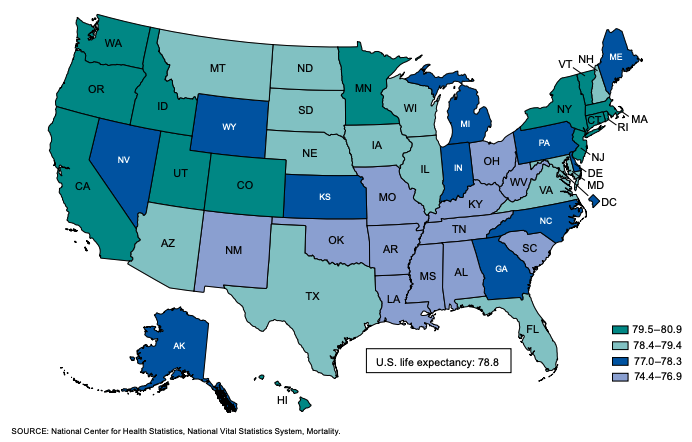 Mississippi has the lowest life expectancy of any state in the United State according to a recent report from the Centers for Disease Control and Prevention.

The average person born in the Magnolia State is expected to live 74.4 years — 6.5 years less than those born in Hawaii and California, according to the report released on Thursday.

For men born in Mississippi, life expectancies are even less at 71.2 years.

Overall, Americans are expected to live 78.8 years, with women living five years longer than men on average, averaging 81.4 years of life compared to their male peers that live an average of 76.3 years.

The results for each individual state were calculated from the most recent full data set available in 2019, one year before the COVID-19 pandemic. The pandemic is expected to have drastically shifted life expectancies in the country starting in 2020.

Hawaii and California had the highest life expectancies at birth, 80.9 years in 2019.