Furry community raises more than $70,000 for libraries amid threats to cut funds over LGBTQ+ books 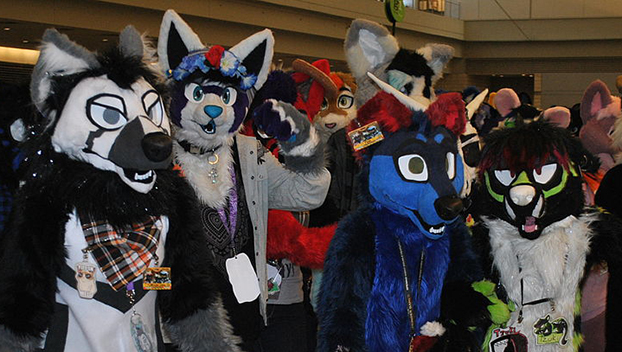 The furry community has taken charge of leading fundraising efforts for the Madison County Library System and raised thousands of dollars as funding for the libraries hangs in limbo.

The system entered the spotlight after Ridgeland Mayor Gene McGee said he would withhold $110,000 in annual funding after books with LGBTQ+ themes and authors were put on display.

Furries are a diverse community of writers, artists and role players who take an interest in anthropomorphized animals like wolves and cats. Furries are often part of the LGBTQ+ community.

McGee said he received complaints about books with LGBTQ themes or authors which had been part of a new book display in Ridgeland in September. He said he doesn’t believe any sexually explicit material should be available in the library where children may be exposed to it.

“In my capacity as mayor, I simply believe the books are inappropriate for children,” McGee said in a statement.

Soatok, a Florida tech industry worker and furry community member who prefers to go by his online handle, saw a Tweet about the situation and took action to raise awareness.

“I have friends in Mississippi and I know that this act of bigotry doesn’t speak for all Mississippi residents,” he said. “So instead of dismissing the entire state because of the actions of one bad politician, I decided to explore the possibility of donating to offset the withheld amount.”

His search led him to Friends of the Ridgeland Library, a local nonprofit, which had a fundraiser launched by EveryLibrary, a national nonprofit political action committee for libraries, days after the decision gained national attention.

When Soatok made his initial donation of $500 on a $2,500 goal on Jan. 27, there weren’t any other backers other than him. Less than 24 hours after posting a screenshot of his donation, the fundraiser had 189 backers and had raised more than $9,000.
Furries are known to swarm charitable causes that resonate with the community, Soatok said, and have raised upwards of $80,000 in a single weekend during conventions.

“As a result of the furry community’s penchant for charity, I started this believing that reaching the $110,000 that the mayor is withholding was possible. There was no doubt that we could pull this off,” he said. “I didn’t expect to make so much progress so quickly, however.”

As of Friday, the campaign has nearly 1,800 people who have pledged $78,200 and counting. It continues until Feb. 14.
Some of the books residents have submitted complaints about include “What Are Your Words?” by Katherine Locke, which explores how children can ask about and use preferred pronouns among peers.

In a conversation with library system Executive Director Tonja Johnson, McGee reportedly also mentioned “The Queer Bible,” a collection of essays from LGBTQ+ celebrities including Sir Elton John and “Queer Eye” star Tan France, as a questionable title.
Many of the comments left by those who support the campaign indicate they’re also members of the furry community and encourage the library to stand up against hatred and discrimination.

Other members of the public have also contributed and offered support since the wave began, including a $100 donation from former Mississippi Gov. Ray Mabus.

“Don’t give into bigots,” Mabus wrote.

Soatok said McGee’s actions go against many American rights and freedoms, which he believes is why the cause has resonated with so many.

“The freedom of speech, and of expression, and of the pursuit of happiness is so deeply intertwined with the American spirit that anyone who loves this country will resist the demands set out by Mayor McGee,” Soatok said. “This isn’t just a furry sentiment, or an LGBTQ+ sentiment, but an American sentiment.”

Teresa Gerald, president of Friends of the Ridgeland Library, said she’s been flooded with messages from residents since the decision was announced late last month.

“The people that I’m hearing from are stunned that the mayor has taken this position,” she said. “The emotions range from stunned to angry and I’m kind of amazed and still having trouble believing that he’s done this.”

Gerald said she hasn’t heard of anything like this happening in the three decades she’s lived in Ridgeland. She also never expected the fundraiser to get the kind of attention it has after EveryLibrary reached out to support the system.

Gerald said she’s reached out to representatives of the Ridgeland Board of Aldermen about the issue, but has only been thanked for her feedback so far. The board hosted a regular meeting Tuesday, but the funding matter was not on the agenda.