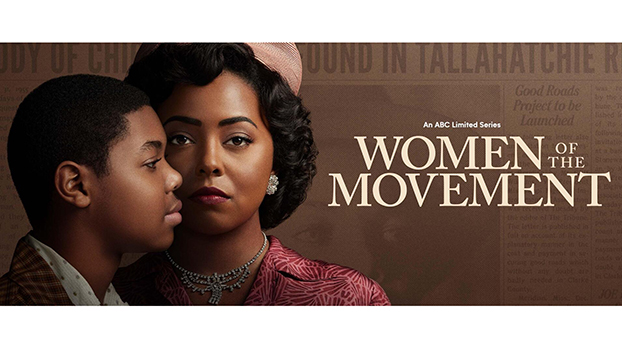 Before deciding whether to watch her daughter’s performance in an ABC series about the murder of Emmett Till, Lillie Holloway Graves prayed.

For Holloway Graves and her daughter, Gulfport High graduate Schelle Purcell, the history portrayed in “Women of the Movement” was close to home, and it was painful.

“She said, ‘Mama, if you can’t watch it, I understand,'” Holloway Graves said of her daughter.

Holloway Graves, who still lives in Gulfport, ultimately decided to watch. And she was amazed at her daughter’s performance as Adeline Loggins, the wife of a Black man who worked for J.W. Milam, one of the white men who confessed to murdering the 14-year-old boy. Adeline’s husband, Henry Lee Loggins, was long rumored to have been present when Milam and others killed Till.

He left town before their trial began and never lived in Mississippi again.

He always denied he had anything to do with Till’s murder.

By including the experiences of people like Adeline Loggins, the show zooms in on an event that often gets shallow treatment in American history classes. And the role was particularly meaningful to Purcell, and to her family, because of her roots as a Black Mississippian.

“I’m proud to say that I’m from Mississippi,” she said. “I tell anybody in a minute, this is collard greens and cornbread right here. … In every interview I have done, I always talk about home. Because that’s what it is. Good, bad, whatever. That’s home for me.”
‘FEELING AND BLOOD AND SWEAT’

Purcell attributes the start of her career as an entertainer to a childhood challenge: Getting bullied because she was “ugly,” with crooked teeth and big glasses.

“If I made them laugh they were less likely to make fun of my appearance,” she said.

Payton still vividly remembers her older sister’s reading of “Still I Rise” by Maya Angelou during a Black History Month event at school.

When Purcell graduated in 1994, she was pregnant with her older daughter, Bria. Over the next decade, she worked in youth ministry in Gulfport.

After Hurricane Katrina, she wanted to get her young daughters away from the chaos and loss of the devastated Gulf Coast. They moved to Raleigh, North Carolina.

PUTTING DOWN ROOTS IN RALEIGH

In Raleigh, Purcell found herself missing the Coast, where all her friends and family still lived.

Whenever she could, she packed her two daughters into the family’s red Honda sedan and drove 12 hours back to Gulfport.
It was homesickness that led her to write her first play, “Before the Bell Rings.” It told the story of “a classroom of misfits,” teenagers dealing with issues like domestic abuse and their relationships with the church. It was inspired by her work with kids and teenagers at her church in Gulfport.

She kept writing. To date, she has written and produced seven stage plays. Then she started writing films.

Her 2017 feature film, “Two Wrongs,” is streaming on Amazon Prime.

Not long after that, Purcell realized she had hit a ceiling in Raleigh, so Purcell packed up her life and moved with her younger daughter, Chanel, to Atlanta, now known as “Black Hollywood.”

MAKING A LIVING IN ATLANTA

In Atlanta, Purcell got a job at Best Buy with flexible hours. She pinched pennies to pay for acting classes, equipment to record audition tapes, and headshots.

Chanel helped her prepare for auditions.

“I work the camera,” she said. “I go through lines. I am her director. This doesn’t look good. I give all the opinions for free.”
In 2021, Purcell booked roles in the television shows “NCIS: New Orleans,” “Walker” and “Dynasty.”

Initially, she auditioned for a different role on the “Women of the Movement.” But she didn’t get it.

When she got the chance to audition again, this time for Adeline Loggins, she decided to follow a mentor’s advice: If you take a risk in an audition, leave it all on the table.

Purcell thought about what the show’s director would need to see to give her the role of Loggins, who’s working at a juke joint in one scene. Then, she committed.

“I had on a real thin tank top, I had sprayed water all over myself to look sweaty,” she said. “I didn’t have on a bra. I was fake smoking a cigarette. And when I watched myself on playback, I said I’mma book this s—. It was a side of me that I had never seen.”

WHO WAS ADELINE LOGGINS?

For Purcell, arriving in the Delta for filming brought a range of emotions.

Driving down dusty roads, she saw old shacks, some of which must have once been the homes of enslaved people.
“It almost scared you,” she said. “It made me nauseous. It made me proud.”

The Loggins family, and especially Henry Lee, occupy an unsettled place in the story of Emmett Till. In researching for the role, Purcell learned that Henry Lee Loggins’ denials that he had been present during Till’s torture and murder continued until his death. But many people in Glendora, including his son, were convinced he wasn’t telling the truth.

Purcell found little information about Adeline. Local speculation has long held that Milam and his supporters paid for Loggins and another Black man to leave town so they couldn’t testify at the trial, leaving Adeline to raise their son alone.

Playing the character was an exercise in imagination and empathy.

“To be thought of as the wife of the man who stood by and did nothing while this child was being beaten and tortured and then murdered, could not have set well with her,” Purcell said of Loggins.

At the same time, if Henry Lee Loggins had disobeyed the orders of his white employer, his entire family could have been punished.

“All of them could be dead… in 1955, you just didn’t know,” Purcell said. “So I feel like his decision to leave, it meant his family could live. That was a sacrifice.”

“Women of the Movement” airs as state legislatures around the country are enacting laws against the teaching of Critical Race Theory. The new laws have already had a chilling effect on the teaching of aspects of American history like slavery, Jim Crow, and the civil rights movement.

In Mississippi, the state Senate passed an anti-CRT law in January.

Purcell sees the show as an honest look at America’s past.

“It’s going to rip off a Band-Aid from the past, but also offer a different way to heal,” Purcell said. “Because it’s important to know that this happened.”

“It is reality, it is history, it is what it is,” said her mother, Holloway Graves.

And whatever the role, family and friends are excited to see her on screen.

“We don’t really see people from home, besides Oprah Winfrey or someone like that,” Taka Payton said. “So for my sister to get that opportunity, it was like… you’re our hometown hero, because you’re representing the Gulf Coast, where you were born and raised.”

Purcell’s trips home to the Coast are busy with gatherings with friends and family and trips to Morning Star Baptist Church with her mom.

At 46, with her acting career on the upswing, she dreams of one day winning an Oscar. She’s got a draft of the speech ready.
“I love my Mama and I love the Mississippi Gulf Coast. Yes, Daddy, I love you too. That’s how it starts.”