How teachers unions have changed since the 1980s 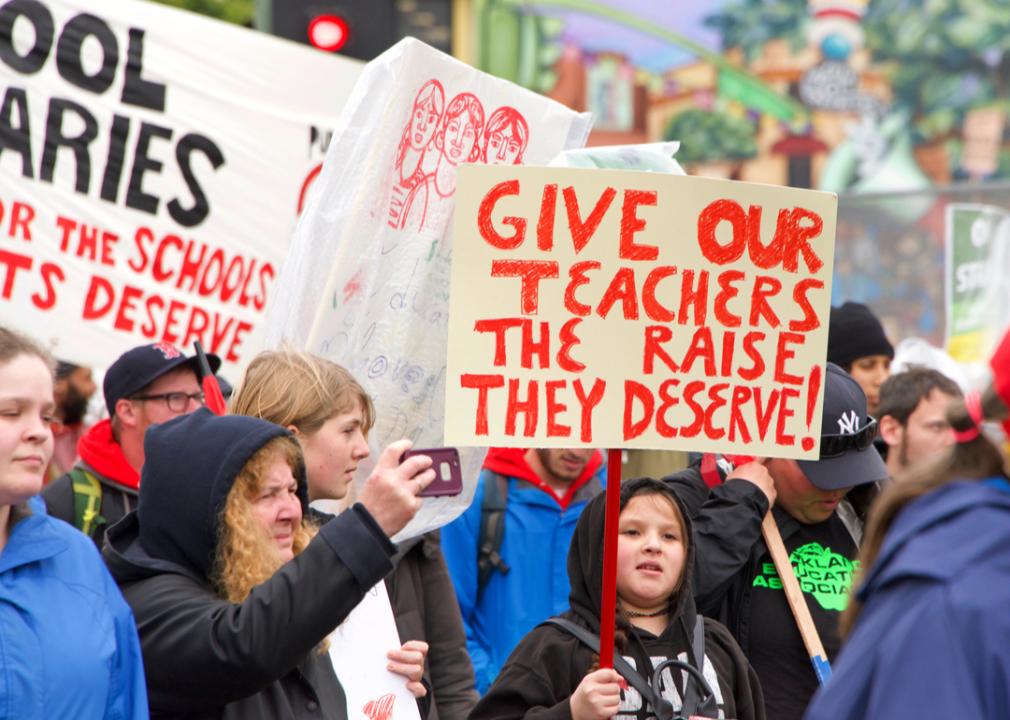 How teachers unions have changed since the 1980s

Teachers unions have played an integral role in shaping the U.S. education system, providing a platform for educators to advocate for themselves and their students when working and learning conditions become poor. Citing union membership data among elementary and secondary school teachers from UnionStats.com, HeyTutor examined how teachers unions have evolved since the 1980s.

Union members are employed workers who are members of unions while people covered by unions are workers covered by a collective bargaining agreement. Some of the largest teachers unions in the country include national groups like the National Education Association (NEA) and American Federation of Teachers (AFT) as well as state and city groups such as the California Teachers Association, West Virginia Education Association, Detroit Federation of Teachers, and Chicago Teachers Union.

One way teachers unions campaign for themselves is by going on strike. During this time, union teachers do not work in protest of, oftentimes, poor working conditions and wages. The teachers’ refusal to work puts pressure on school and government officials to negotiate a deal with the union. The first teacher strike in the U.S. took place in 1902 in Chicago, the home of several historical teacher union protests. The first statewide strike took place in Florida in 1968 when over 40% of the state’s teachers took to the picket lines over funding.

Read on to see just how far teachers unions have come since the ’80s. 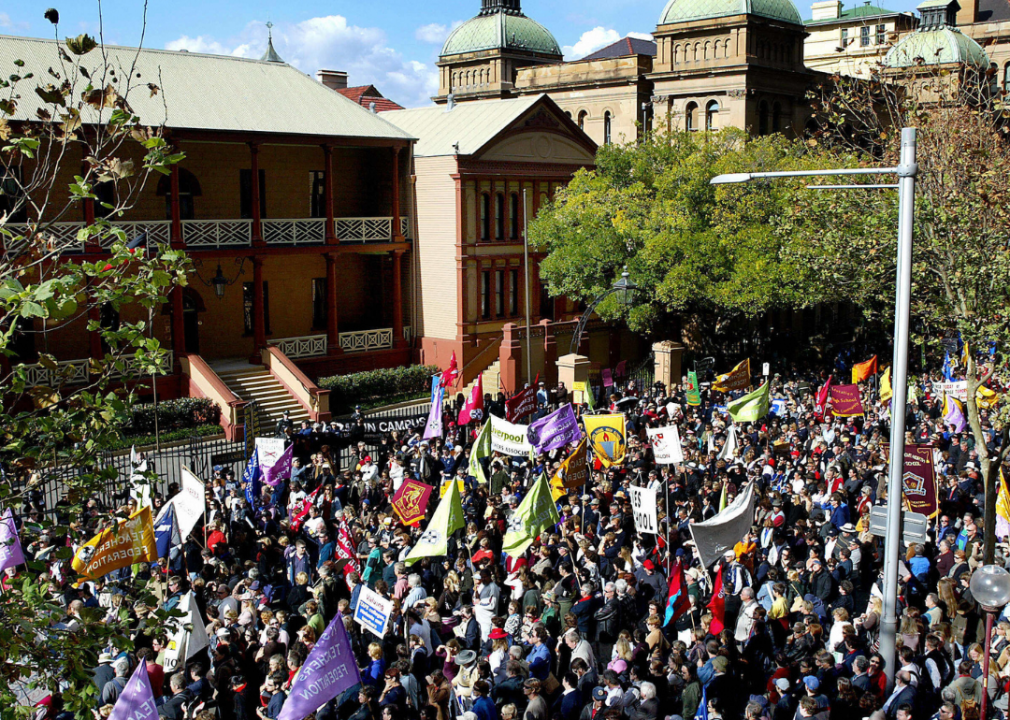 The year 1987 marked what is considered the longest teacher strike in U.S. history. The strike did not take place in a big metro like Los Angeles or New York City but in the small Midwestern town of Homer, Illinois. Starting in October 1986, teachers went on strike in the town of 1,200 residents after the school board only offered a 2% raise.

Tensions were high as the school district reportedly fired some teachers and hired substitutes, which broke the terms of the strike. The protest didn’t end until June 1987, essentially canceling school for the entire 1986–87 school year. The school board and teachers agreed to base pay on the median salaries of other local school districts, and that the teachers who were fired during the strike would regain their employment. 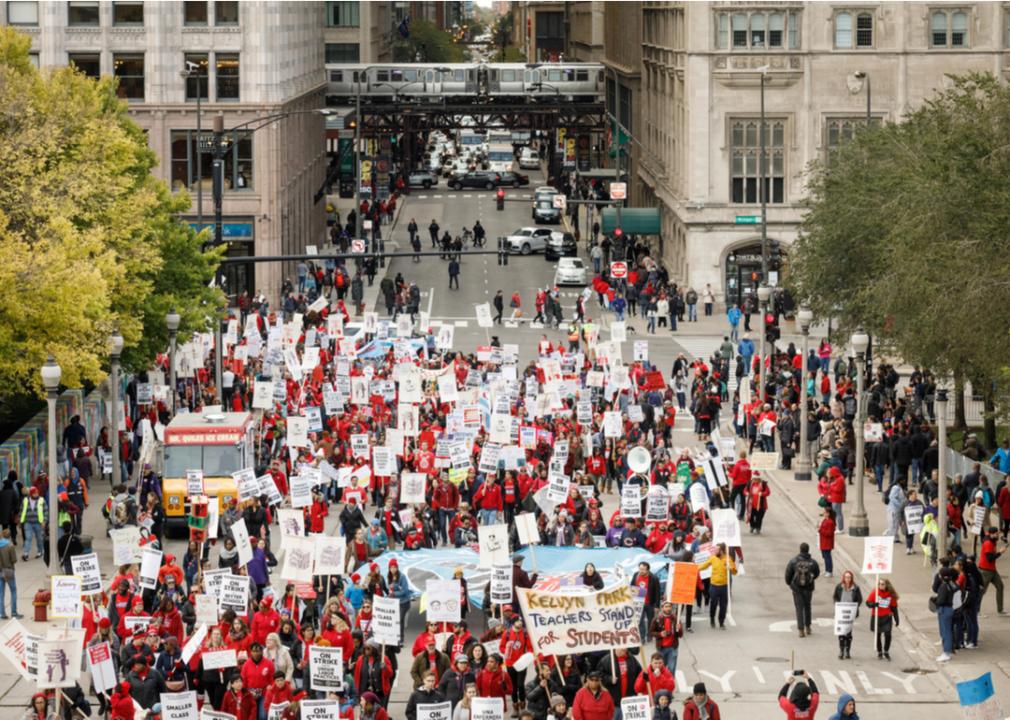 The early 1990s were a time of rapid growth for teachers unions. The American Federation of Teachers, one of the most sizable teachers unions in America, began to aggressively recruit teachers into their organization. The group even created a television ad campaign with the slogan, “Union, yes.”

Another significant event in the early part of the decade was the 11-day West Virginia teachers union strike held in 1990 over benefits and wages, the first statewide teachers strike in West Virginia. To end the strike, the West Virginia House speaker and Senate president agreed to hold a legislative session to come up with solutions. 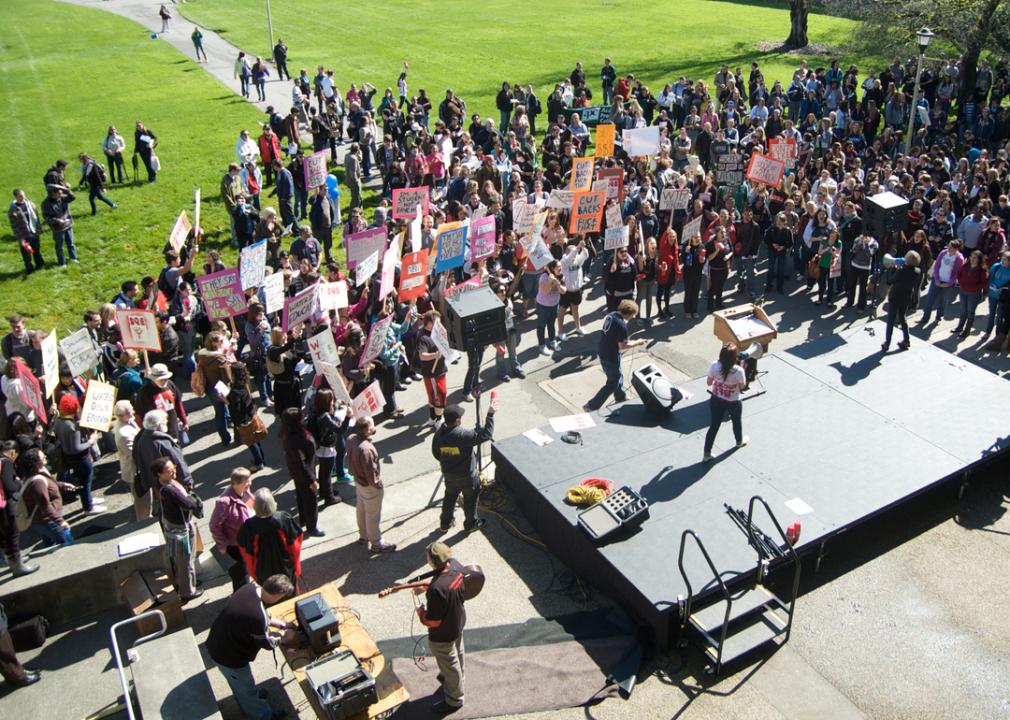 In 1995, Washington teachers went on the longest strike in state history after the Fife Education Association refused to accept Fife school district pay cuts. About 2,500 teachers took to the picket line on Oct. 9 of that year.

Teachers refused to return to the classrooms even after a Superior Court judge gave the order to go back. The union’s refusal to get back to work, even after a court order, caused bargaining between the school board and teachers union to pick up speed. The teachers came back to work after both the district and union agreed to supplemental pay cuts. 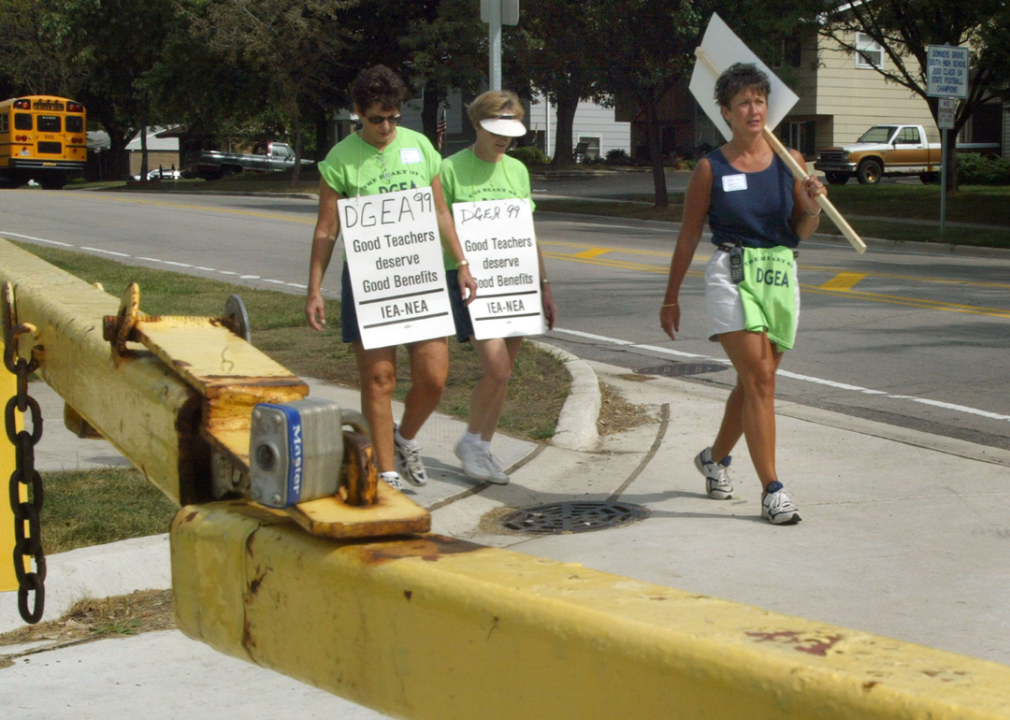 Between No Child Left Behind legislation being signed into law in 2002 and the 2003 Higher Education Act, the early 2000s was a significant time for education policy. However, lawmakers weren’t the only ones making moves. In 2001, two of the largest teachers unions—the American Federation of Teachers (AFT) and National Education Association (NEA)—joined forces to lobby together and strategize legal matters.

The two groups had formerly attempted to merge in the 1960s; however, the NEA ended up turning down the offer. With a collective 2.5 million teachers at the time, the partnership between the AFT and NEA created a force to be reckoned with. 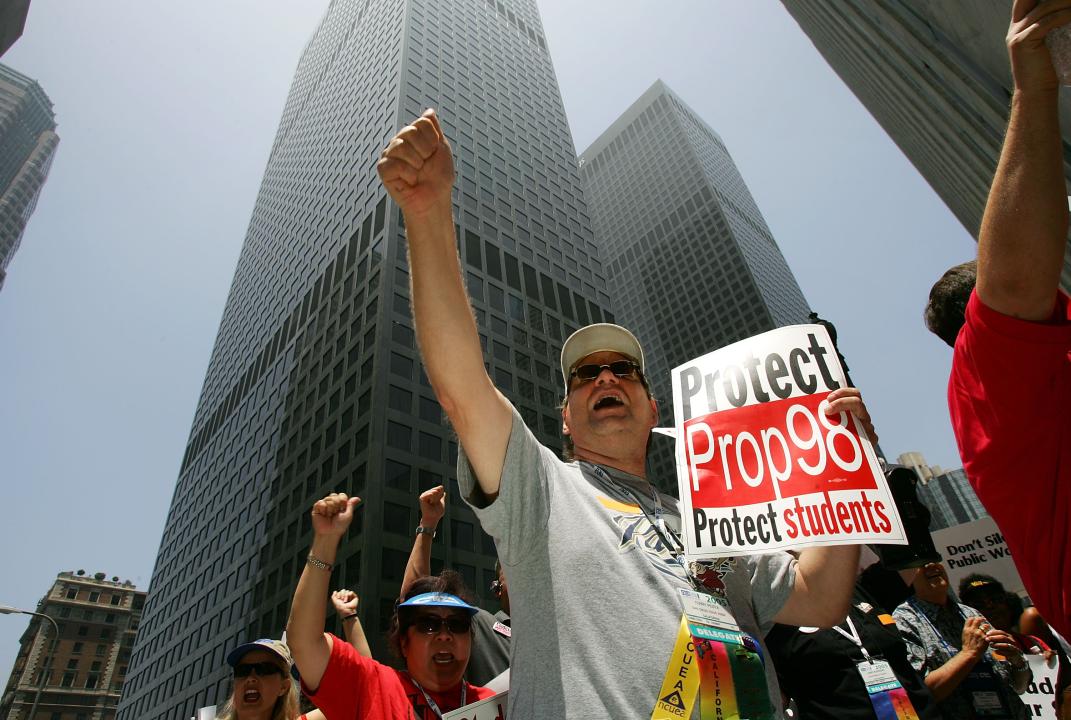 The mid-to-late 2000s brought about several instances of unrest among teachers in major U.S. cities. In 2005, New York City’s United Federation of Teachers threatened to go on strike during New York City Mayor Michael Bloomberg’s reelection campaign. The union leveraged the mayoral election in their favor to secure a 14.25% raise that also required them to work longer days.

In Detroit, the public school district’s teachers went on strike after a proposed 5.5% wage cut and a drastic increase in the cost of benefits. On day one of the strike, which was the first day of school for the district, only 7% of teachers went to work. The Detroit Federation of Teachers returned to their classrooms after 16 days behind the picket line once teachers agreed to a temporary pay freeze and an eventual 2.5% pay raise in the following years. 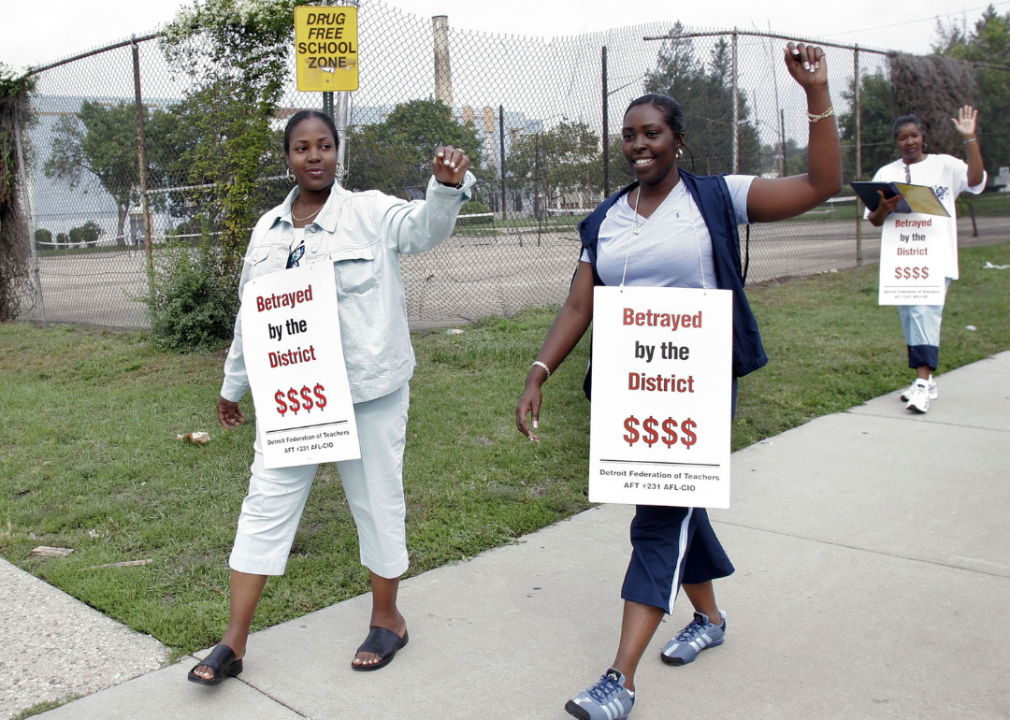 After not going on strike since the 1980s, in September 2012, the country’s third-largest teachers union took to the streets to protest against a host of issues. For a week, 26,000 Chicago teachers marched on the picket line over low pay, classroom sizes, layoffs, student testing, and more. The strike eventually ended when the union and city officials compromised on a 17.6% pay raise, a scaled-back emphasis on test scores, better employment protections, and improved health insurance.

The strike was so monumental for Chicago teachers that a book was written on the subject—“A Fight for the Soul of Public Education: The Story of the Chicago Teachers Strike,” authored by Robert Bruno and Steven K. Ashby, two labor education professors at the University of Illinois. They described the Chicago protests as being so impactful that “the ripple effects” of the strike were felt nationwide. 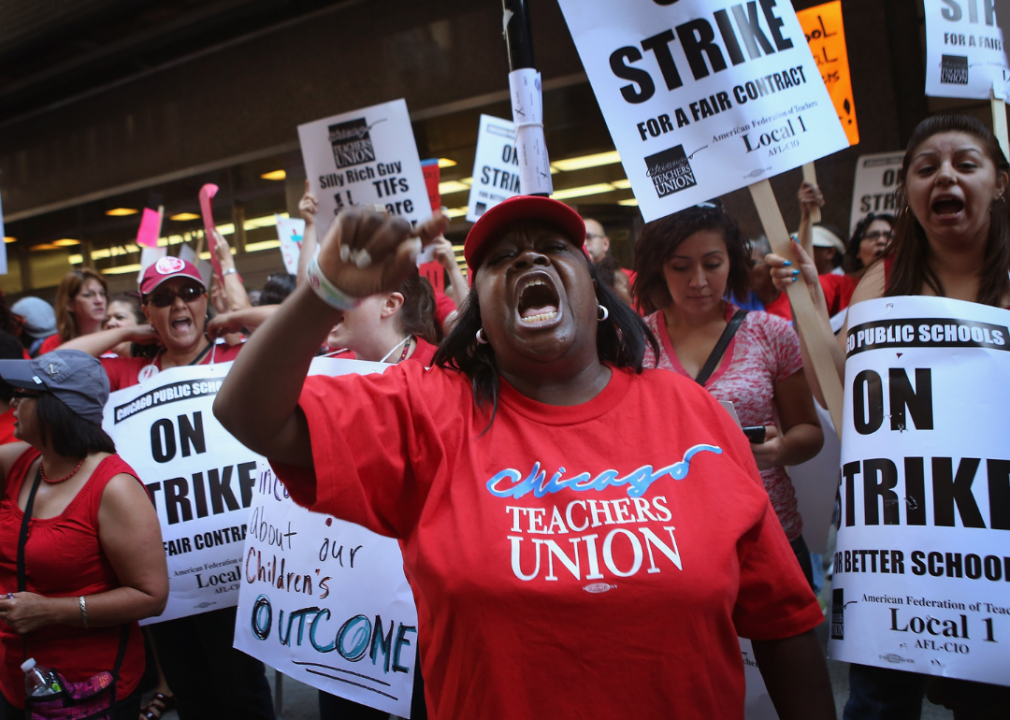 The years between 2015 and 2020 were marked with two major strikes by teachers unions that made national headlines. The first was the 2018 West Virginia teachers’ strike over low wages and rising health care costs. In February that year, thousands of teachers—whose starting pay was ranked #42 in the U.S. at the time—went on strike for nine days, impacting roughly 277,000 schoolchildren.

West Virginia Gov. Jim Justice eventually agreed to a 5% pay raise for teachers. The second major strike took place in 2019 when Chicago teachers went on an 11-day strike to protest poor pay, overwhelming classroom sizes, and a lack of support from schools. After all was said and done, Chicago Mayor Lori Lightfoot agreed to a 16% bump in salaries, smaller classroom sizes, and to hire more nurses, librarians, and social workers for schools. 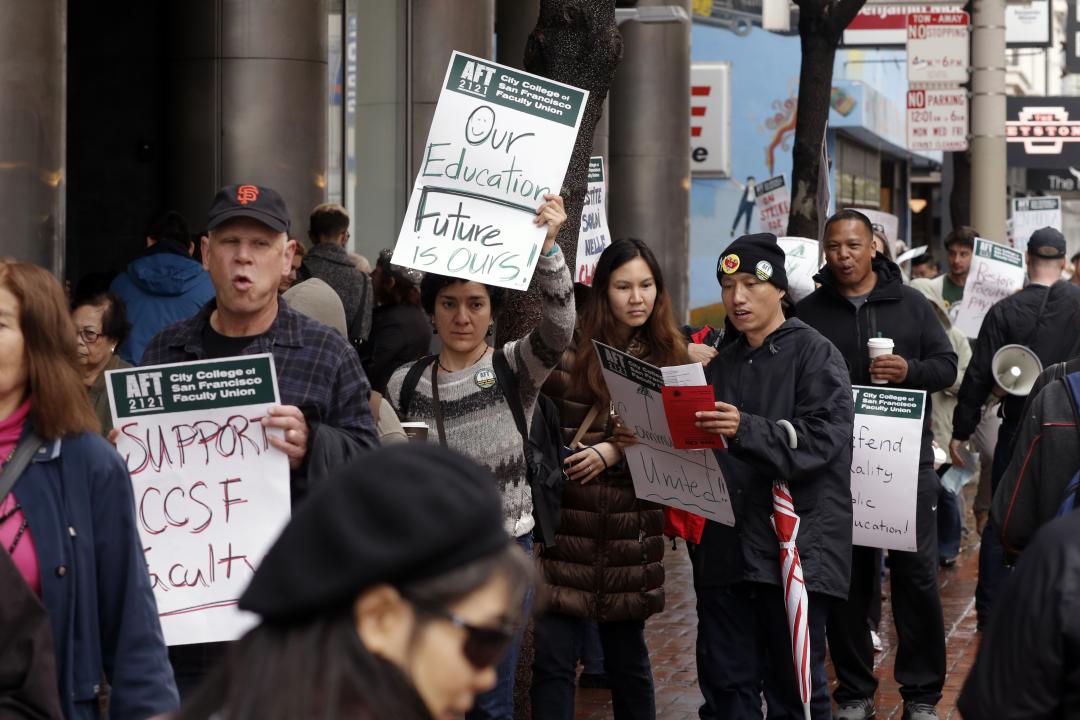 The COVID-19 pandemic, which flipped the world on its head starting in early 2020, threw a wrench in everything from the housing market to unemployment rates. One of the pandemic’s biggest points of impact, however, was the education system.

As schools across the U.S. struggled with whether to reopen in the fall of 2020, teachers unions were one of the biggest influences in pushing for remote and hybrid learning. This was particularly evident with the nation’s three biggest school districts—Chicago, Los Angeles, and New York City—as teachers unions in these cities galvanized against reopening schools due to safety concerns. Teachers unions in other cities applied pressure to school officials as well. In August 2020, Detroit teachers voted to approve a strike to push back against the Detroit Public Schools Community District’s decision to bring back in-person learning.

This story originally appeared on HeyTutor
and was produced and distributed in partnership with Stacker Studio.