Escaped killer told motorist to get in trunk or he’d kill her during carjacking, deputies said 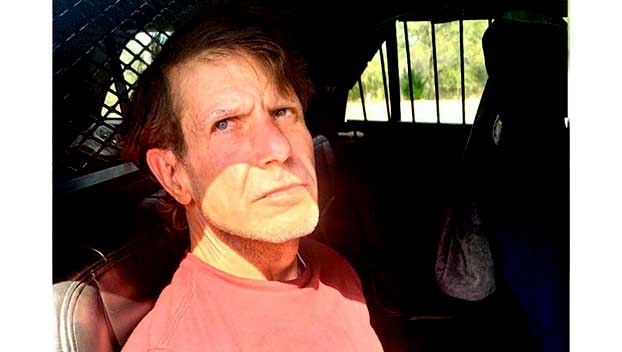 The convicted double murderer who escaped prison this week is also facing carjacking charges after he allegedly beat a woman and stole her car.

Deputies said Wilson broke out of the Central Mississippi Correctional Facility in Rankin County over the weekend.

The 51-year old is serving life sentences for two separate murders in Biloxi and Gulfport.

Jackson County Sheriff Mike Ezell says Wilson made his way to Jackson County after catching a ride with a woman who lives in Hattiesburg.

The victim says she was giving Wilson a ride to his truck that he said was broken down. They ended up on Old Biloxi Road in the Latimer community.

The woman told investigators Wilson reached over to turn off her car and ordered her to get into the trunk or he would kill her.

She refused and says Wilson started punching her. The woman says he pushed her out of the car and began punching and kicking her while she was on the ground. Once again, the victim says she refused Wilson’s order to get into the trunk.

The woman says Wilson jumped into her car and drove off. She says she flagged down a car and the driver called the George County Sheriff’s Department. A George County deputy stayed with the victim until Jackson County deputies got there.

Wilson was arrested around 1 p.m. Tuesday, February 15, by Harrison County deputies when the car ran out of gas at School and Success Roads in Saucier.