Mississippi man charged in theft of more than $300,000 of farm equipment, aluminum wire 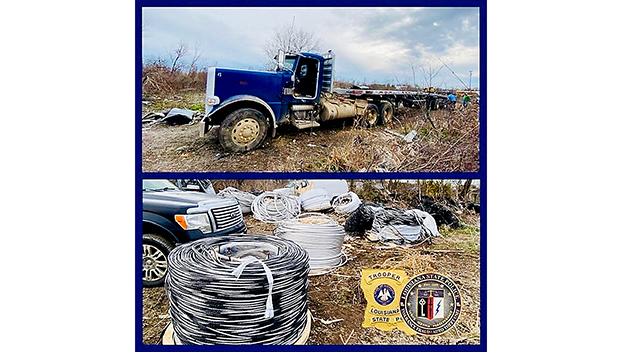 A Mississippi man has been arrested for allegedly stealing more than $300,000 in commercial farm equipment and materials.

The Woodville Republican reports that Amite County businessman Terry Woodside, 53, was recently arrested for the theft of tractor-trailers and aluminum wire stolen from Tangipahoa and St. Helena Parishes in Louisiana.

When found by authorities, Woodside was reportedly dismantling a stolen truck and trailer. Also, nine rolls of aluminum wire valued at $154,000 which had been offloaded from the trailer were located nearby.

Woodside was booked into Orleans Parish Jail for possession of stolen items up to $324,000 in value and for removal or alteration of the vehicle identifying numbers.

Louisiana State Police began assisting the Tangipahoa Parish Sheriff’s Office in the investigation of the stolen tractor-trailer. Detective learned of a stolen 2021 flatbed trailer valued at $50,000 and the nine rolls of 7,00-pound wire that were missing in Tangipahoa Parish. They also discovered a 2019 Peterbilt tractor valued at $125,000 was stolen in St. Helena Parish.