Mississippi woman missing since late 70s found alive in nursing home, has been using alias since 1980 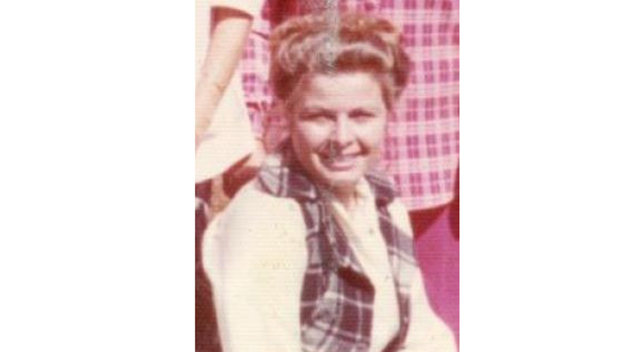 A woman missing since the late 70s was found alive in another state after the Pearl River County Sheriff’s Department investigated the case for more than two years.

During that investigation, it was determined the woman, Janice Rose Bullock, had left the county after being summoned to appear in Pearl River County Chancery Court in May of 1977 in relation to a case between her and her ex-husband for custody of their four children. She never showed up to that court date.

After leaving the county in 1978, the case shows Bullock worked in various places across the Gulf Coast and is now in a nursing home in Fort Worth.

Maj. Marc Ogden said the case was initially worked by the Harrison County Sheriff’s Department after the family of Janice Rose Bullock reported her missing in 2017. Prior to reporting her missing, the family had been trying to locate her since 2011.

Within that case file was a list of people who may have known Bullock. Ogden said he and his team followed up on every lead, and determined Bullock worked at Dickie’s Truck Stop, which was located along Highway 26 in this county prior to leaving the county.

Follow-ups with former staff and customers of the business verified she worked there and put them on the trail of a possible location in New Orleans, but due to the age of the case and the witnesses, not much else was learned.

In Dec. of 2021, Ogden said his team received a call from a woman who saw Bullock’s missing person’s report and said she worked with Bullock at a truck stop. That person said Bullock actually moved to Raceland, Louisiana, not New Orleans, and had worked at a place called Roy’s Bar. Further investigation into that tip determined the business was actually called Dupes, owned by brothers Roy and Lawrence Dupuy. By now the two brothers had passed on, but the investigative team located some relatives and former associates who remembered Bullock. Those conversations determined she possibly worked there between 1978 and 1982, but none of those people knew her current whereabouts so the trail went cold again, Ogden said.

A week later, Mississippi Coast Crime Stoppers shared a post about Bullock which prompted another person to step forward and provide investigators with key information that identified a now-deceased husband of Bullock’s. Ogden said that piece of information led his team to another individual, an alleged son of the deceased man and Bullock, who lives in Goldthwaite, Texas. A check of that man’s Facebook page found pictures of an older woman who looked a lot like Bullock. When they contacted the man, later identified as David Streety, photos from the investigation combined with family photos in Streety’s possession led investigators to suspect Streety’s mother was actually Bullock, who was going by a different name. So, on Saturday, Feb. 12, investigators went to Texas to meet with Streety to ask him about his childhood and see more family photos. Streety told the investigators that his mother was being cared for in a nursing home in Fort Worth.

After confirming her placement in the home, Ogden said he and his team went to the nursing home on Sunday to meet with the woman, where they confirmed her true identity to be Janis Rose Bullock. Ogden said that it appears from about 1980 until today, she had been using that alias.

During a phone interview with Streety on Tuesday, he told the Item that he has since sought a DNA test to begin the process of finding his real family.

“I was kidnapped and sold,” Streety said. “I would like to know who my family is now.”

Lynette Ladner, who is one of Bullock’s four biological children, said she has spoken with her mother, and thanked Ogden for his hard work to bring this case to a close. She declined to elaborate further, only saying that her mother is “ill.” She also declined to provide further details about her mother’s illness.

“It’s just so early. We’ve been looking for over 40 years. We’re all in shock still,” Ladner said.

Ogden said he would like to thank Mississippi Coast Crime Stoppers for helping with the case.

“It led to the right person responding and that person was able to provide information that solved the case,” Ogden said.