How 8 natural disasters can be mitigated with climate-resilient construction 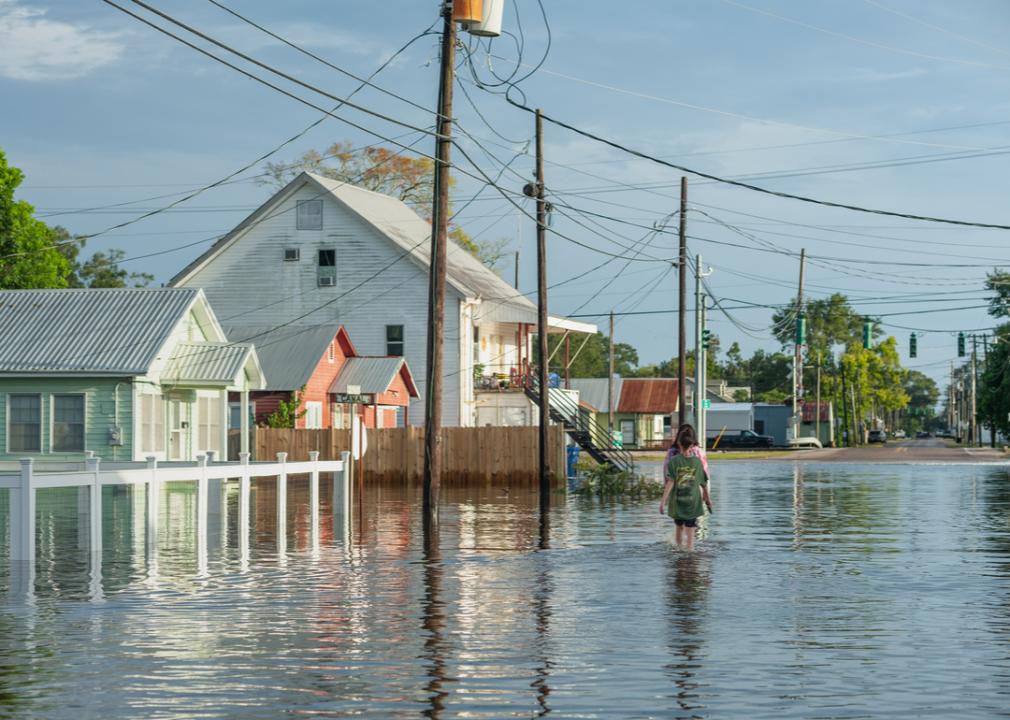 How 8 natural disasters can be mitigated with climate-resilient construction

Climate scientists continue to prove the link between climate change and extreme weather events, from hurricanes to droughts to floods. With each new weather event comes the potential for damage to people’s homes and possessions. This is not just emotionally damaging and physically dangerous, but also comes with a steep associated financial cost.

To discover how climate-resilient construction can help to mitigate natural disasters, Stacker first determined the economic damage within the United States caused by eight types of natural disasters between 2010 and 2020, based on data compiled by Our World In Data. Economic damage data spanning 2010–20, provided by EM-DAT, is expressed as a portion of U.S. gross domestic product (GDP), provided by the World Bank.

Fortunately, some of these costs can be avoided with climate-resilient construction to mitigate natural disasters. In order to understand how different natural disasters can be better anticipated and mitigated through building strategy, we outlined various climate-resilient construction and projects being used to minimize the effects of those disasters using data from the U.S. government, design firms, and media outlets. Choosing the building location carefully and with advice from experts, universally, can help mitigate many of these natural disasters.

You may also like: Space discoveries that will blow your mind 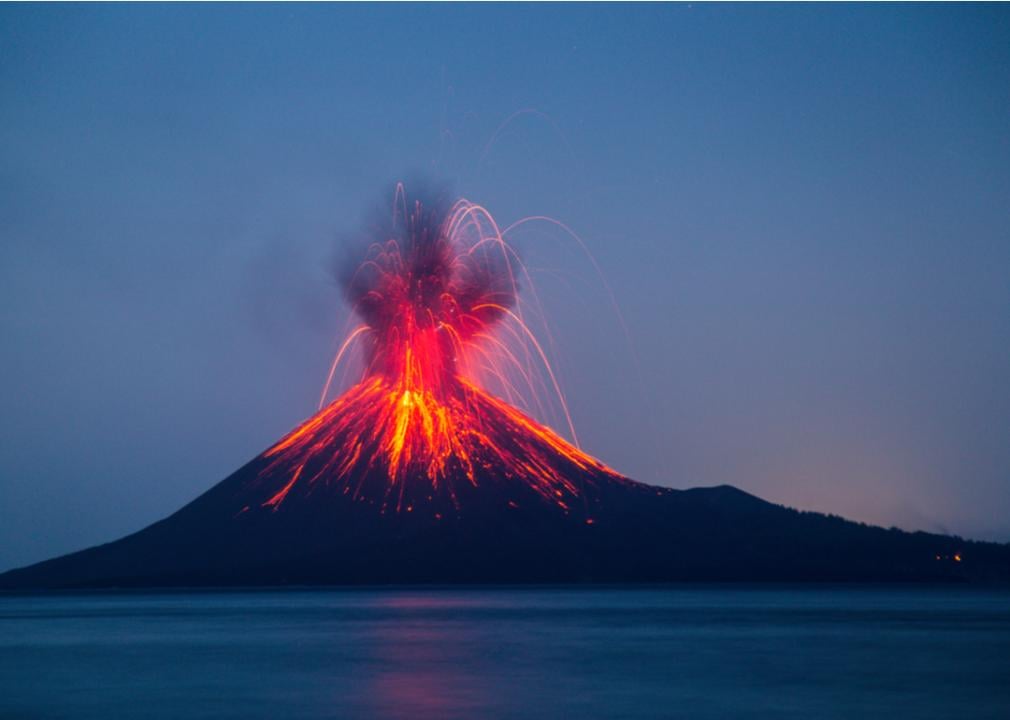 If you live near an active volcano, evacuating remains the most important safety measure when warned of a potential eruption. However, there are ways to construct a building to make it more resilient in the face of a volcanic eruption. As eruptions can whip up fierce winds, mostly flat roofs with a slight, 15-degree slope will be less likely to be hit by the wind. The slope will allow ash to slide off the roof. Triple roof support and using smooth materials for roofing will also help ash slide away. 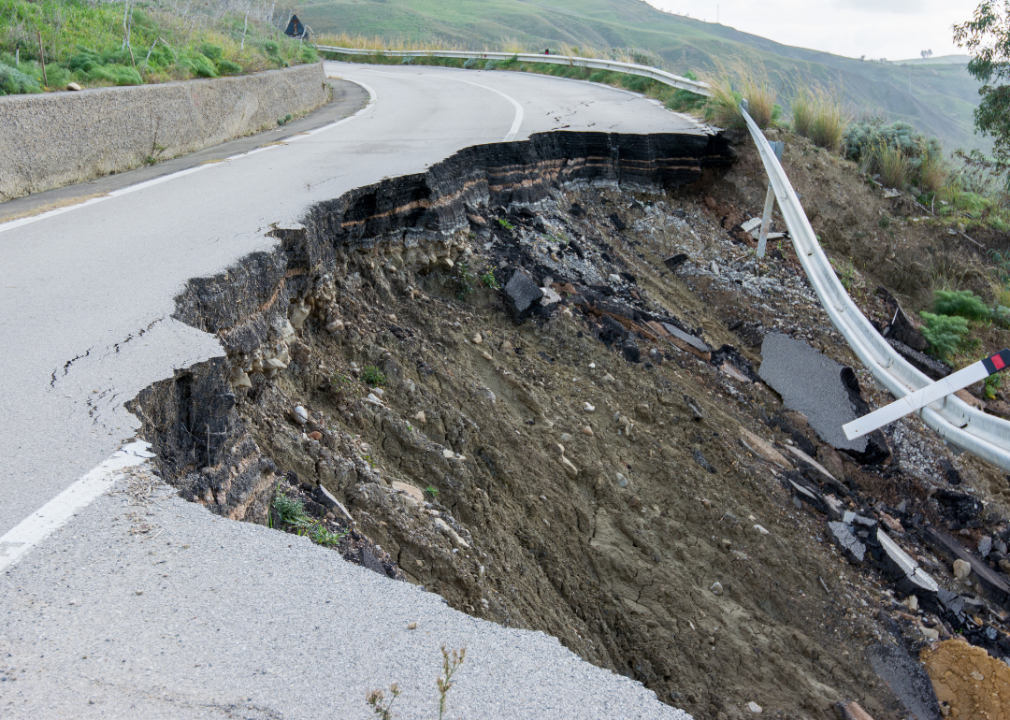 Following proper land-use procedures will help mitigate the impacts of landslides on your property. These procedures include avoiding building near steep slopes, close to the edges of mountains, along natural erosion valleys, and near drainage ways. The use of sandbags and retaining walls are techniques that can protect buildings from floodwaters and mud caused by landslides. In areas prone to mud and debris flow, build channels or deflection walls to redirect the flow of debris around the structure—but be sure not to direct it into someone else’s building.

In 2005, a landslide destroyed 19 homes and forced the evacuation of more than 300 homes in Bluebird Canyon in Laguna Beach, California, leading to a 2.5-year reconstruction project using clever building strategies. Beyond smarter architecture, drainage systems were installed and edges along the land were stabilized to protect against another disaster. Consulting with a geotechnical professional before building will help mitigate further damage as well. 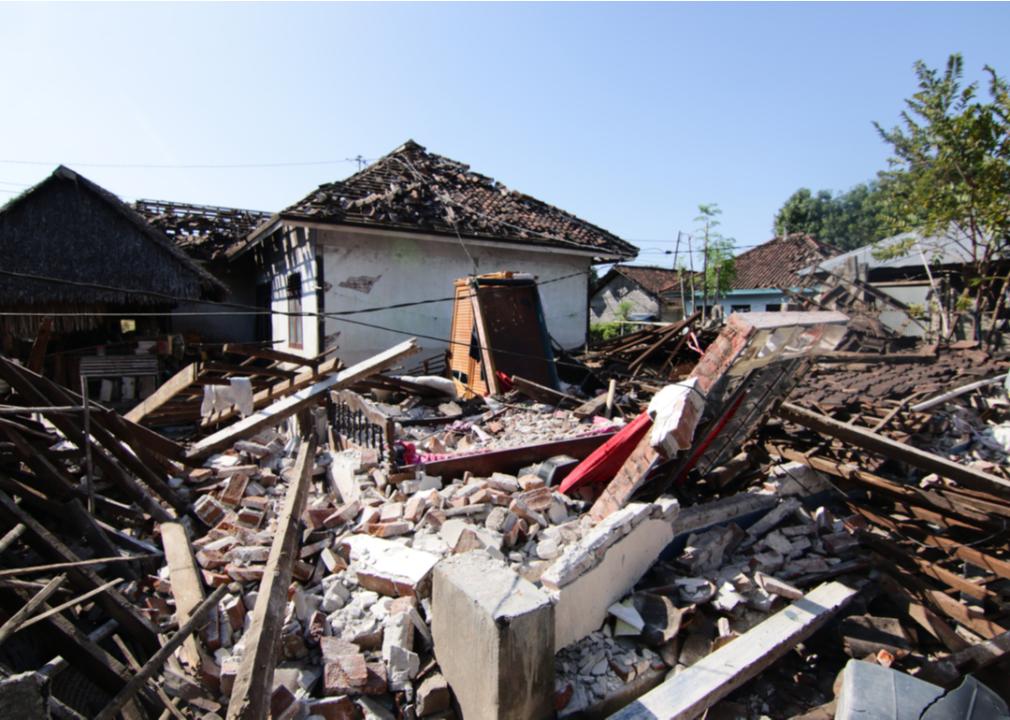 When working on a building resilient to earthquake damage, be sure to include base isolators. Conventional buildings will shake with the ground during an earthquake, and when they shake too much, structural elements can sustain heavy damage, sometimes to the point of destruction.

Base isolators act as shock absorbers between the building and the moving ground. This lets the building slide back and forth instead of shaking during an earthquake, so it will still remain upright. Layers of steel and rubber with a lead core built between the floor and the foundation will also help to isolate the building from ground motion. Steel plate wall systems can mitigate earthquake damage as well.

The Ritz-Carlton/JW Marriott hotel building in Los Angeles is the first to use an advanced steel plate shear wall system to resist earthquakes. At 54 stories tall, the hotel must be able to withstand earthquakes. 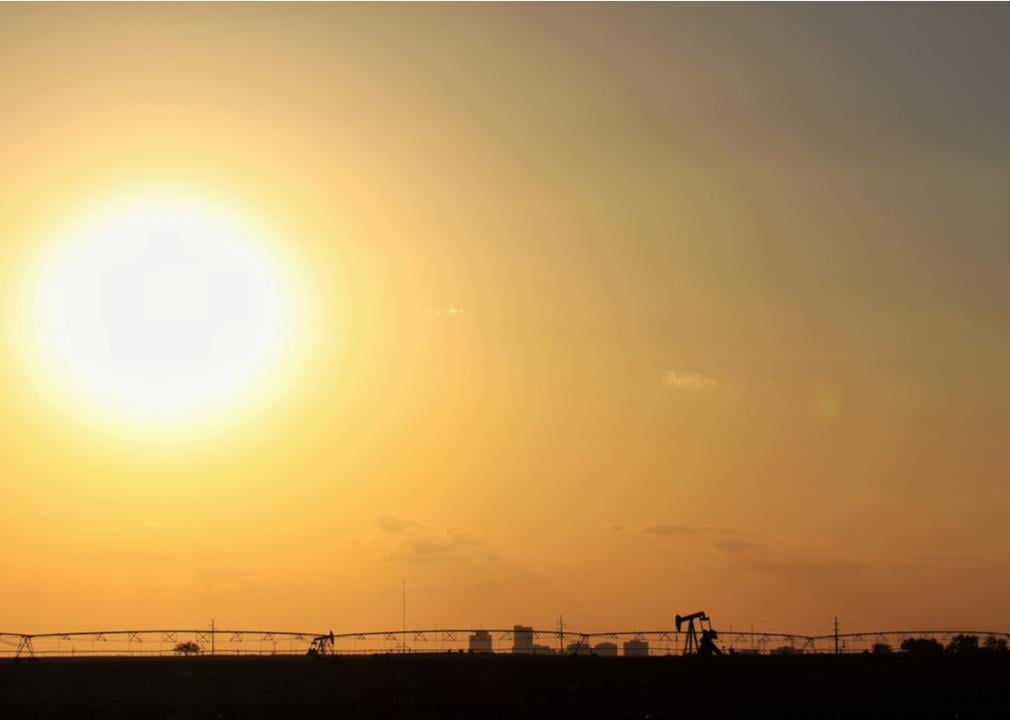 There are a number of ways to make your home more resilient to extreme heat caused by climate change. In order to keep heat out, cover windows with drapes or shades and weather-strip windows and doors. Insulation will help keep the heat out, and window reflectors can help by reflecting heat back outside.

When possible, install window air conditioners to cool the house or building and insulate around them, so the cool air doesn’t escape and the hot air doesn’t come in. For those unable to afford the costs associated with adding these climate-resilient measures, the Low Income Home Energy Assistance Program (LIHEAP) can provide financial support.

For new constructions, passive houses may be the solution to beat increasing global temperatures. A type of housing that dates back centuries, passive houses rely on building walls, roofs, and windows with more insulation and seals, including triple-paned windows, highly insulated wall systems, and energy-efficient heat pumps. Implementing these architectural elements leads to a nearly air-tight building, reducing the amount of hot air that can enter. 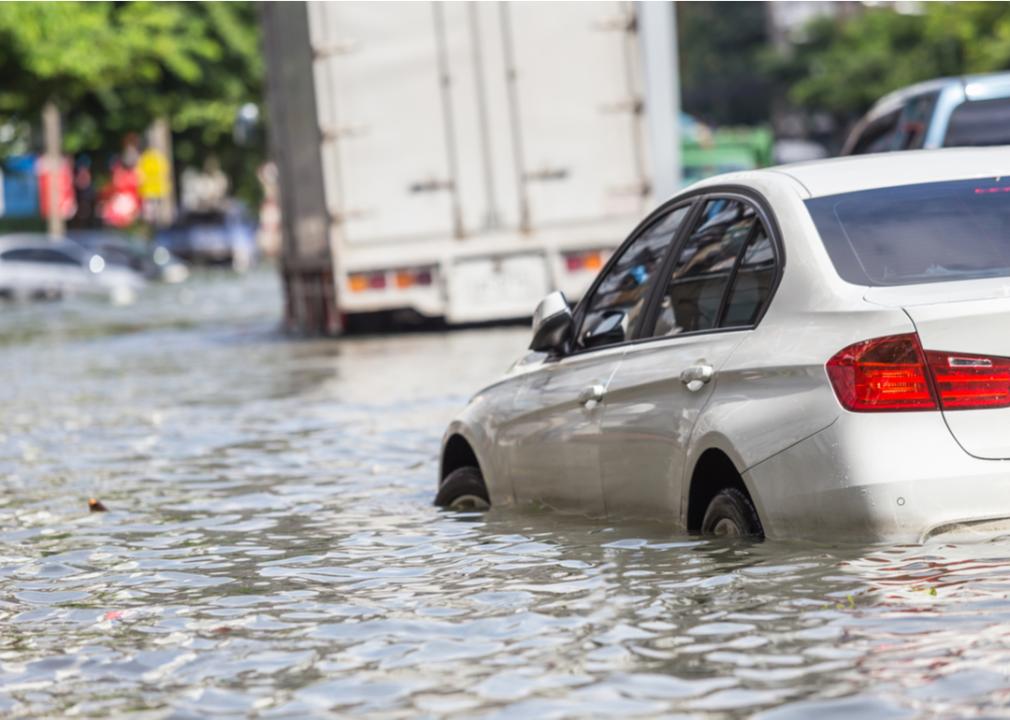 To prevent or reduce damage from flooding, there are a few elements that must be taken into account when designing a building or home. Preventing water ingress will ensure a safer structure. Constructing the building with concrete or steel with concrete protects against water entering—as both of these materials are more impervious to flooding than other materials.

Installing raised windows, doors with materials to prevent water damage, and floor guards can also protect the structure. Finally, it’s important to have a drainage system in place in case water does get in, which could be sub-floor drainage, sump pumps, and non-return valves.

You may also like: How communities are dealing with invasive species across the U.S. 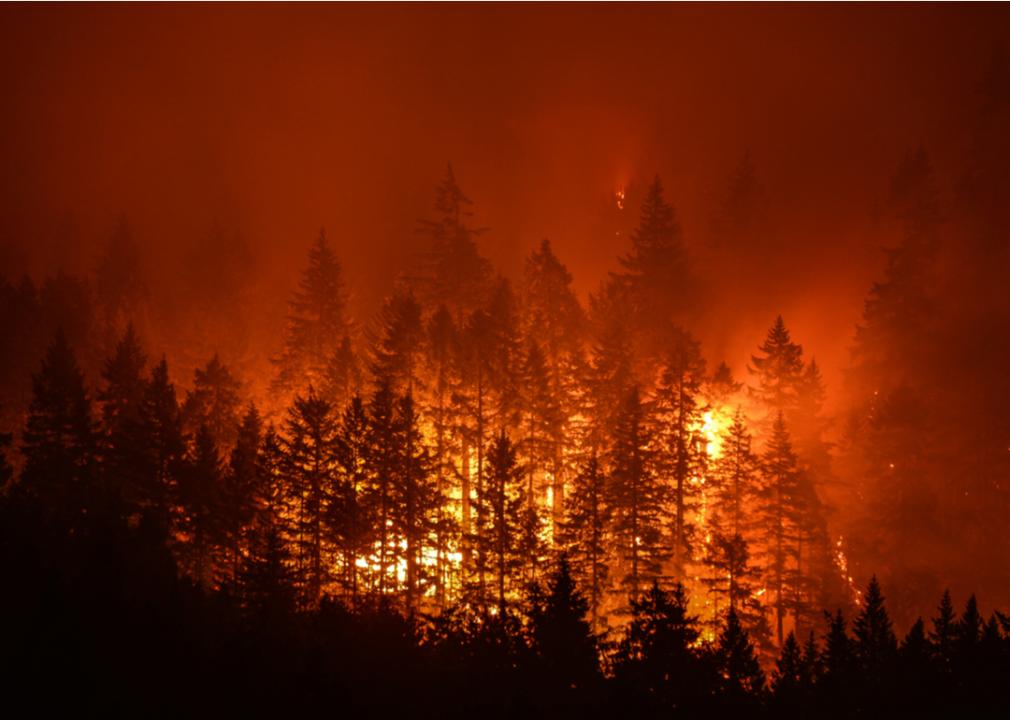 When constructing buildings and homes to avoid wildfires, choosing the right location is crucial. Ideally, construction wouldn’t take place in any danger zones, but that’s not always possible. It’s important to consider the climate, wind patterns, vegetation, and escape routes when choosing where to build.

Consider the structure itself—for example, patios are more resilient than decks. Typically, patios are made from non-flammable materials whereas decks are made from wood and can trap vegetation beneath them, which act as fuel. For similar reasons, slab-on-grade and full basement foundations provide more protection as opposed to pier foundations or crawl spaces, where vegetation and other flammable debris can accumulate. Building a house from concrete and other masonry materials provide the greatest protection from fire, and insulated windows contribute even more to architectural resilience. 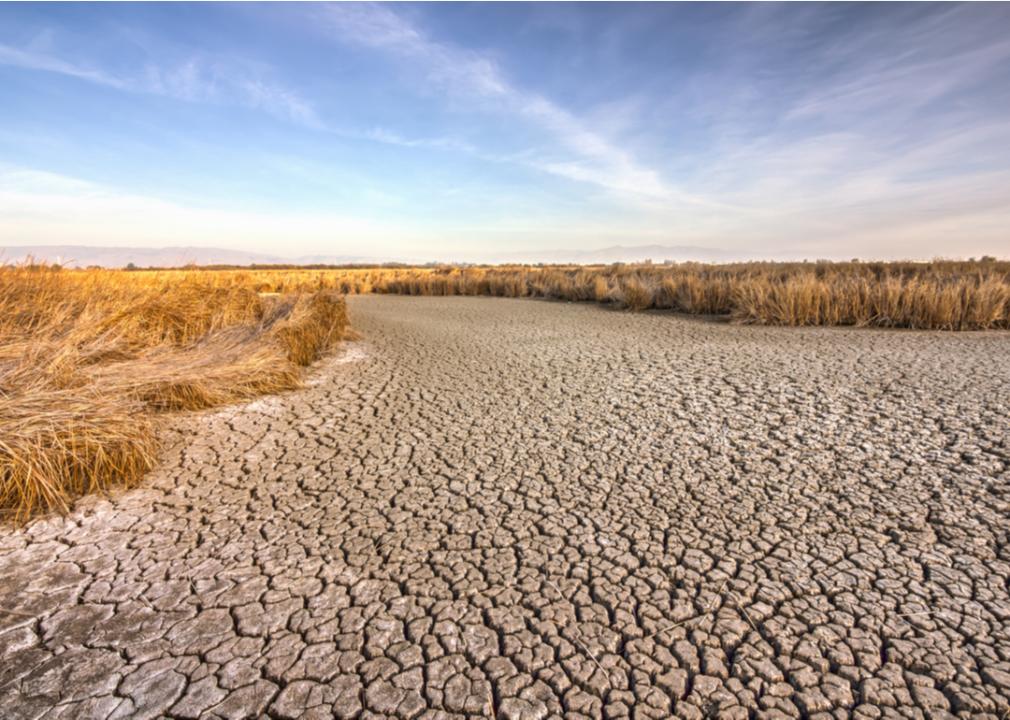 Buildings must be designed as a source of water to be resilient to drought. The type of water that can be produced or collected from a building include graywater, blackwater, rainwater, stormwater, or foundation drainage.

Graywater is the leftover water collected from showers, washing machines, and bathroom sinks, and it’s the cleanest kind of water that could be collected from a building. While it is not potable water, graywater can be used for irrigation, laundry, and for flushing toilets. This makes it so potable water does not have to be used for those purposes. In San Francisco, the capture and reuse of this non-potable water is mandated for new buildings. 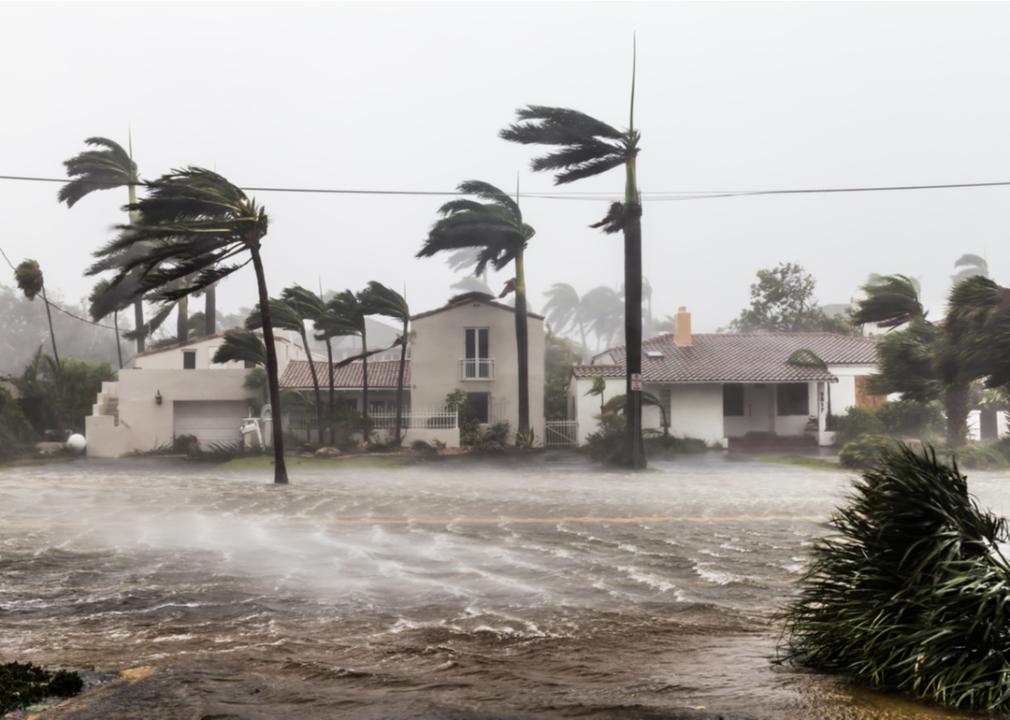 Residences continue to be built and bought close to oceans, in spite of the rising sea levels and increasing storms caused by climate change. To make these homes more resilient in the face of storms, there are a number of techniques that builders and designers can use.

For example, when homes are round they are more aerodynamic, deflecting airflow around the structure instead of absorbing the force. These round buildings get 30% less pressure building around them than a conventionally shaped home. The use of high-quality materials plays a big role as well—materials such as plywood and metal—and roofs should be anchored well so they don’t fly off. The elevation is important, too: Deltec Homes, a company that builds storm-resilient homes, recommends building at least 2 feet above flood surge.

While all these tips are important, when storms are bad enough and evacuation orders go into effect, the most important thing is still to listen to that guidance and evacuate.