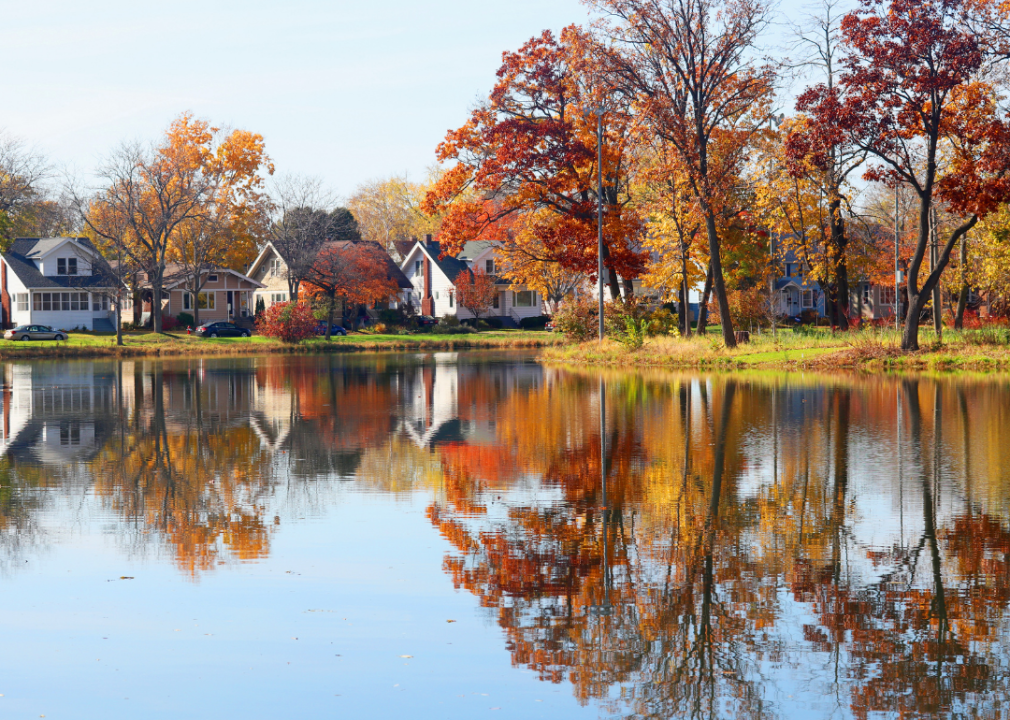 Midwesterners have a reputation for being friendly and straightforward, and despite what some of their coastal brethren might say, the region has plenty of world-class cities, among them Chicago and St. Louis. But the Midwest is also home to a number of idyllic towns and villages that make up for what they lack in size with an abundance of charm and history. And many of them make for fantastic places to live.

Stacker referenced Niche’s 2021 Best Places to Live study, narrowed the results to the Midwest and narrowed them further to places under 5,000 residents. Niche calculated the best places to live according to things like cost, safety, weather quality, access to healthy living, and several other factors. For each town, Stacker included the town’s resident population along with figures for owners, renters, and median household income.

While this data is the most current available, some housing statistics Niche uses to calculate its rankings—such as median home values and housing costs—are not entirely reflective of the current housing market. Since these numbers are subject to frequent changes and housing represents 5% of Niche’s total ranking, those statistics are omitted from forthcoming data points and do not detract from Niche’s overall assessment of the best places to live.

You may also like: 50 best beach towns to live in 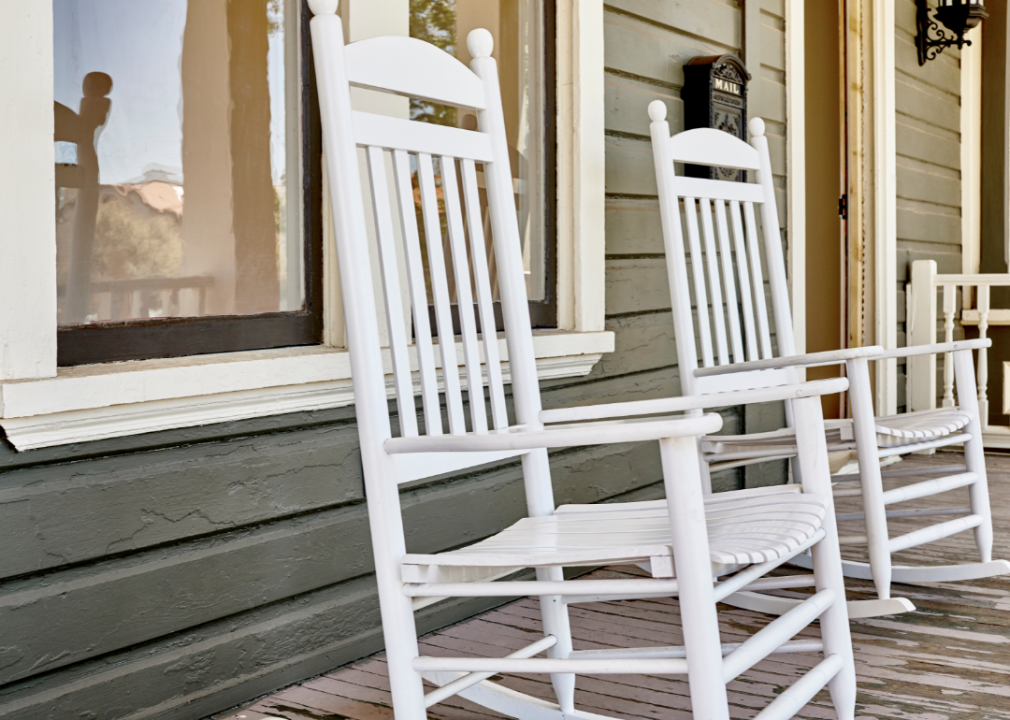 Five Points, Ohio, has a history as a hub of Italian immigration and culture. In the early 20th century, many Italians were drawn to the neighborhood due to its proximity to manufacturing jobs. Residents have also banded together to preserve and restore historic architecture from that time, which helps give the town a sense of charm and sentimentality. 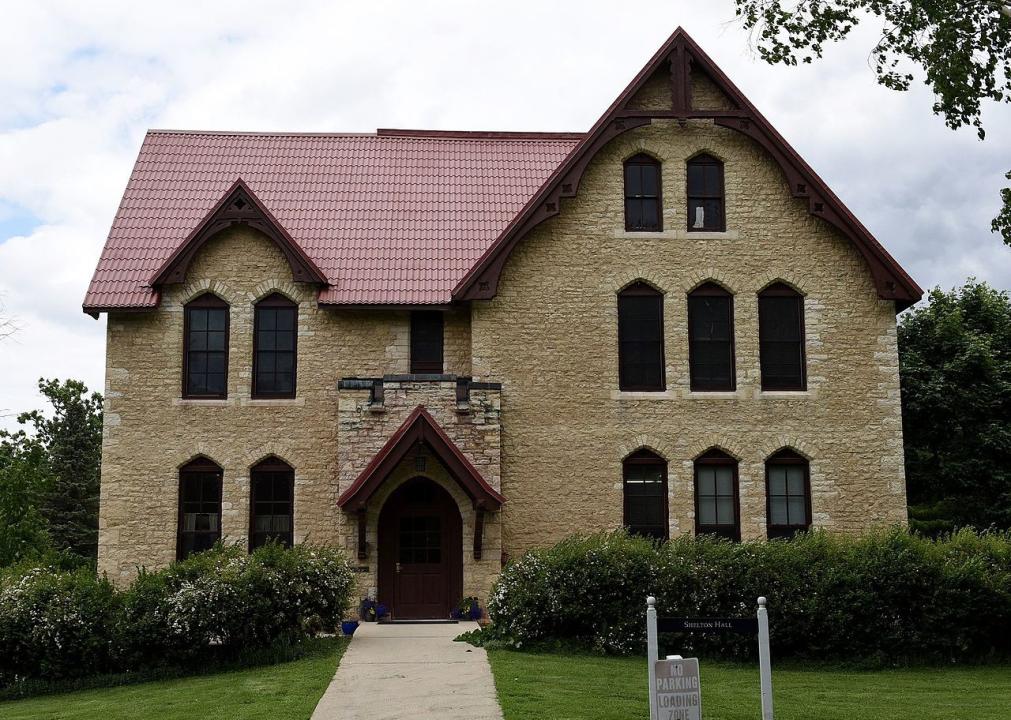 The name Nashotah comes from a Native American term meaning “two lakes.” And indeed, the town borders two beautiful lakes and is situated in Wisconsin’s Lake Country. The town has a rich history as a railroad and stagecoach stop, and the state’s oldest restaurant, the Red Circle Inn, was established in Nashotah in 1848. 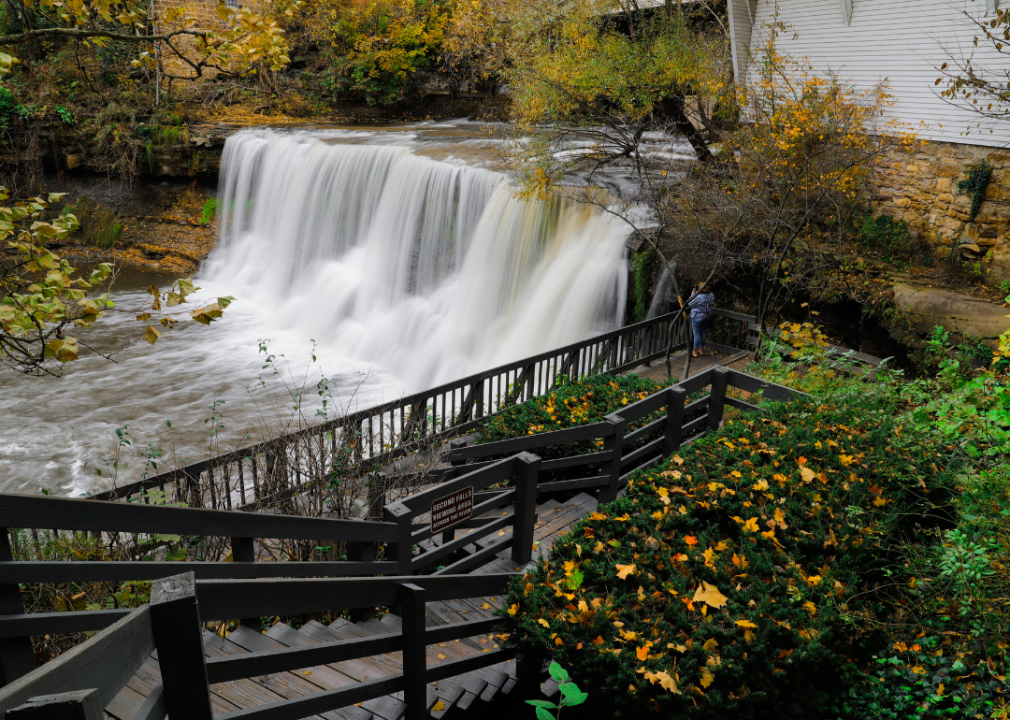 Despite its small size, Chagrin Falls, Ohio, is home to more than 75 independent shops and restaurants. The tree-lined village center is more than 100 years old and full of classic American small-town charm. 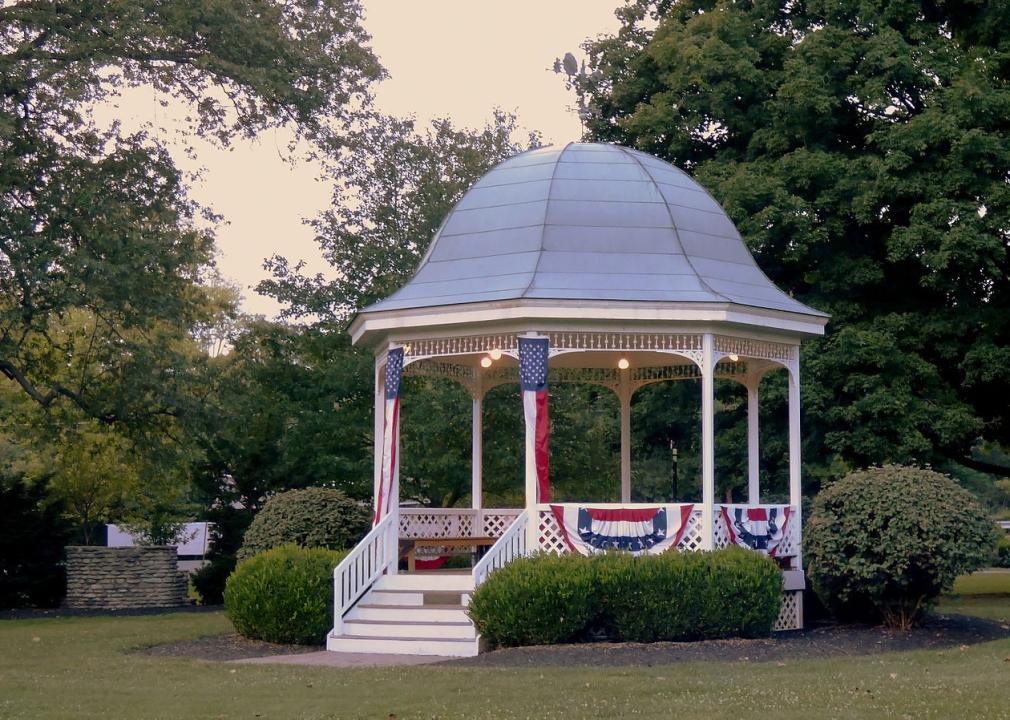 Terrace Park, Ohio, was once home to no little than a circus. In the Victorian era, the John Robinson Circus had its winter headquarters in Terrace Park. During the time, it was not unusual to see the circus’ elephants wandering around the town square—until the village council asked for the elephants to be restrained. 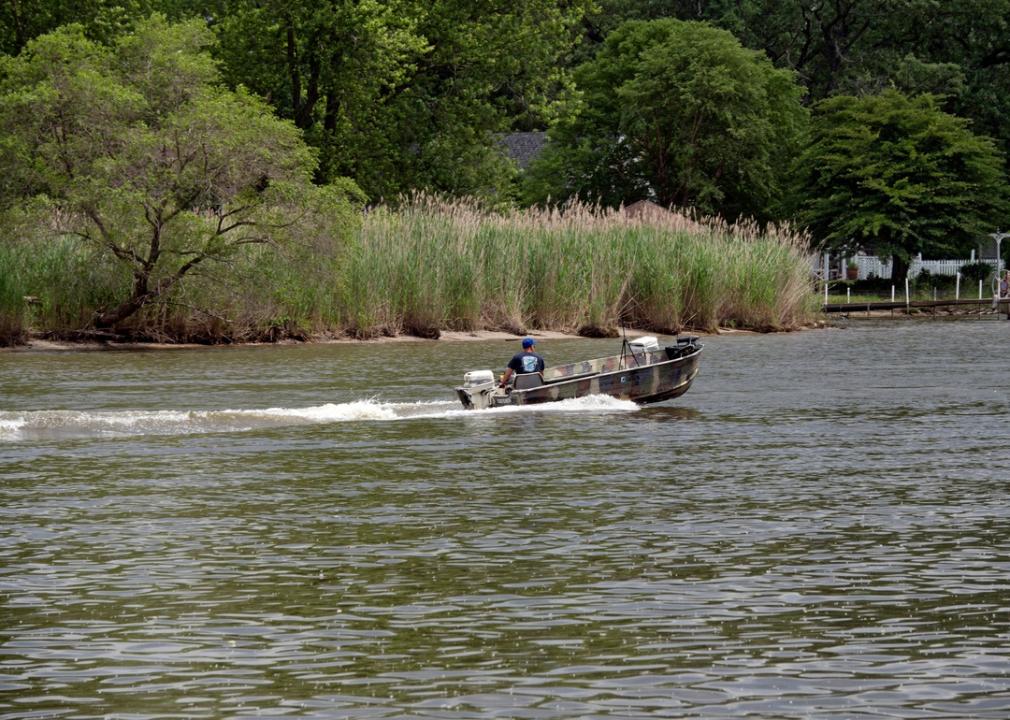 Fox River Grove, Illinois, was originally a homesteading village developed by pioneers between 1830 and 1860. The pioneers were drawn to the area for its abundance of natural beauty and proximity to water and fishing. Residents today are no less spoiled for scenery, with excellent fishing, in particular, along the town’s river banks.

You may also like: Best places to retire on the East Coast Yellow Springs, Ohio, was developed in the mid-19th century and attracted many regular visitors due to its proximity to hot springs that were believed to have healing properties. Residents today can still enjoy the springs, and young people in the community can opt to stay home for college by enrolling at the local Antioch College. 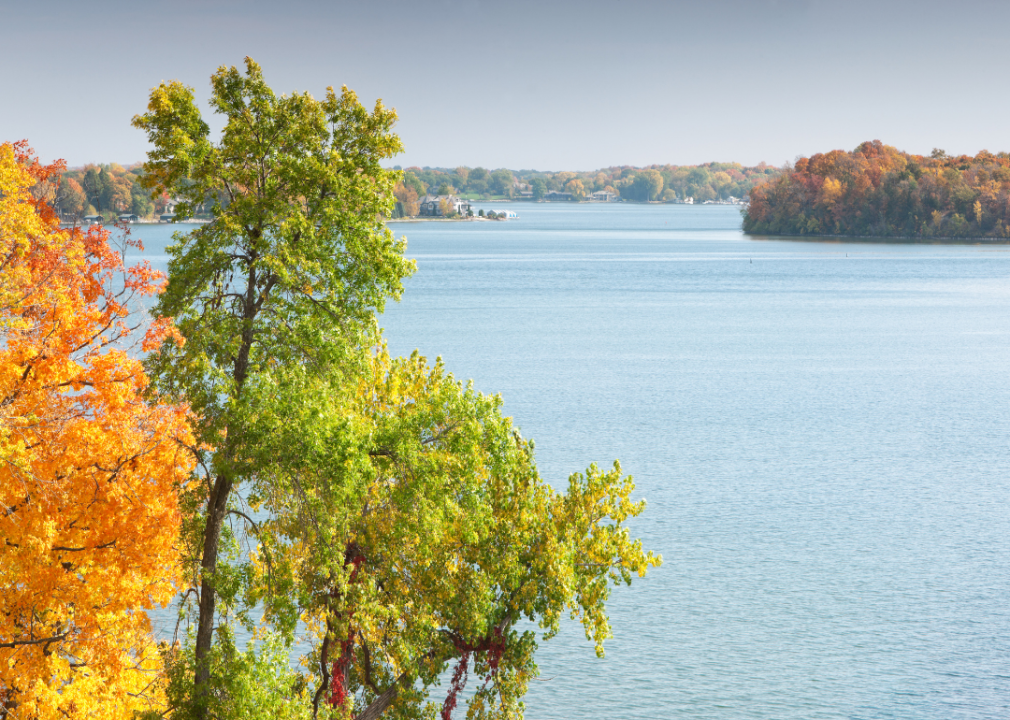 Located on the banks of the beautiful Lake Minnetonka, Deephaven, Minnesota, is a town that honors its historical roots. The historic Cottagewood General Store has been serving the community since 1895, and now hosts community events in the warmer months, including local Friday grill nights. 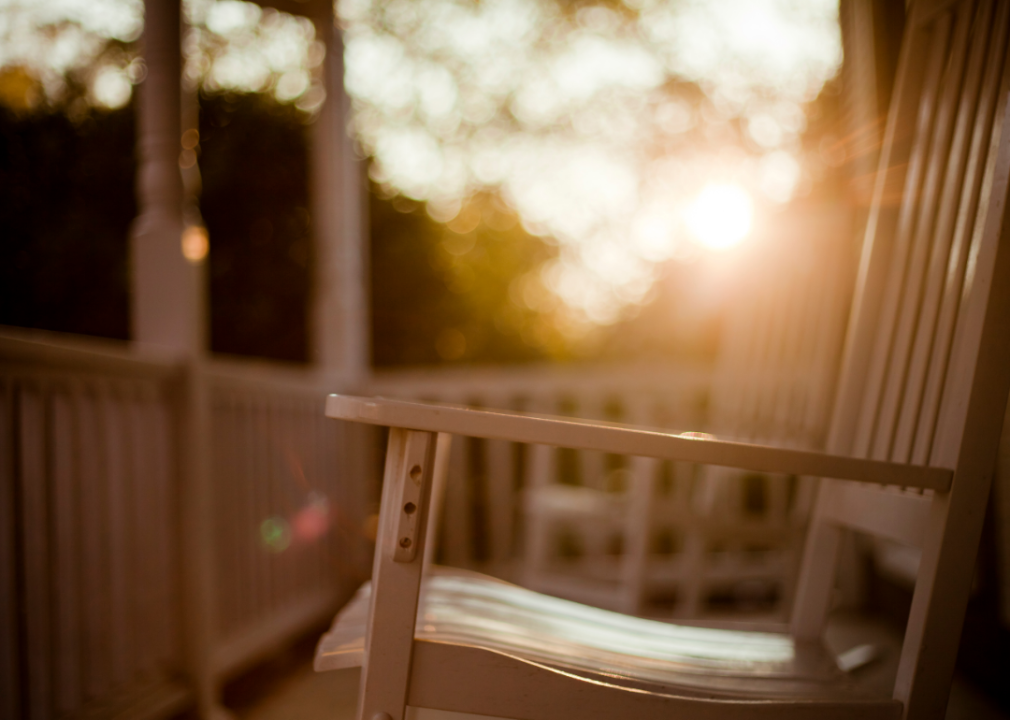 Sherwood, Ohio, is a tightknit community. The town has a number of special interest clubs and groups that draw a wide range of citizens together in the community, including an anime group, a veterans group, and arts and crafts classes at the local library. 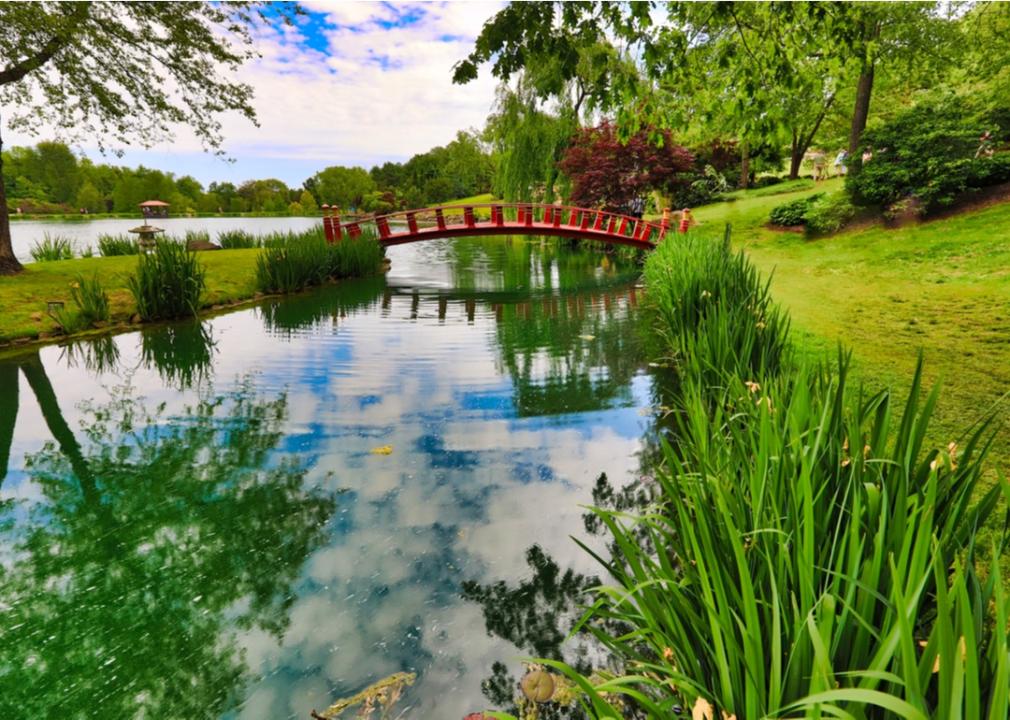 Gambier, Ohio, is where Kenyon College calls home. The prestigious school is a magnet for students and academics from all over the world and gives the town a lively feeling, full of active coffee shops and bookstores. 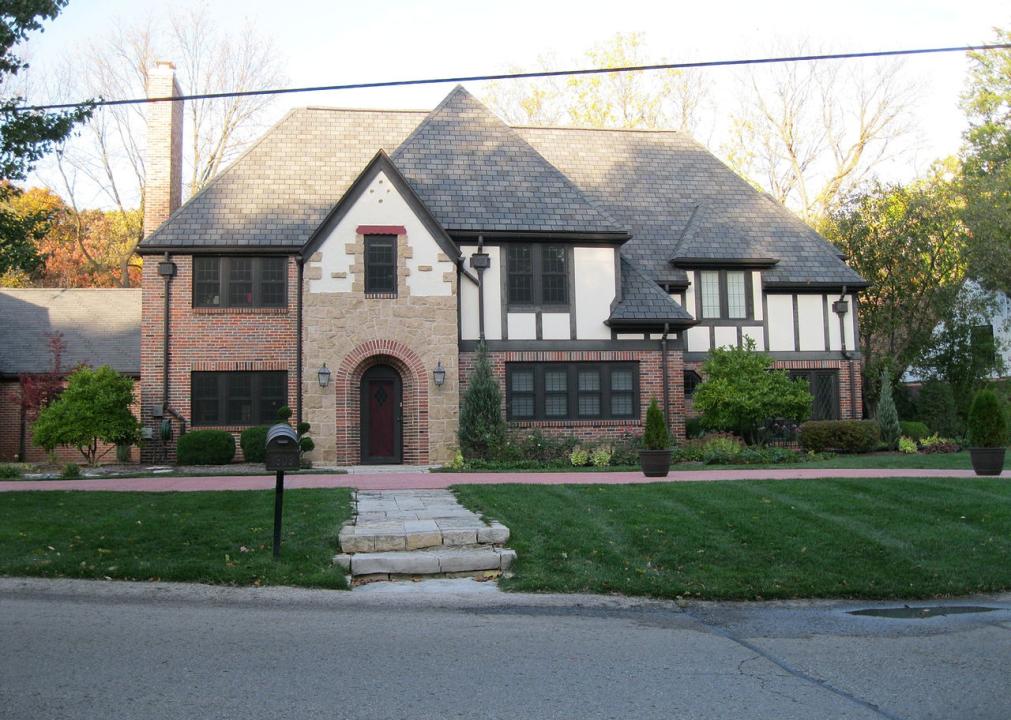 Despite its small size, Shorewood Hills, Wisconsin, has several architecturally and historically significant points of interest. Among them a meeting house designed by famed architect Frank Lloyd Wright, and bear-shaped mounds believed to have been built by the Mound Builders between A.D. 500 and 1500.

You may also like: Best places to retire in every state 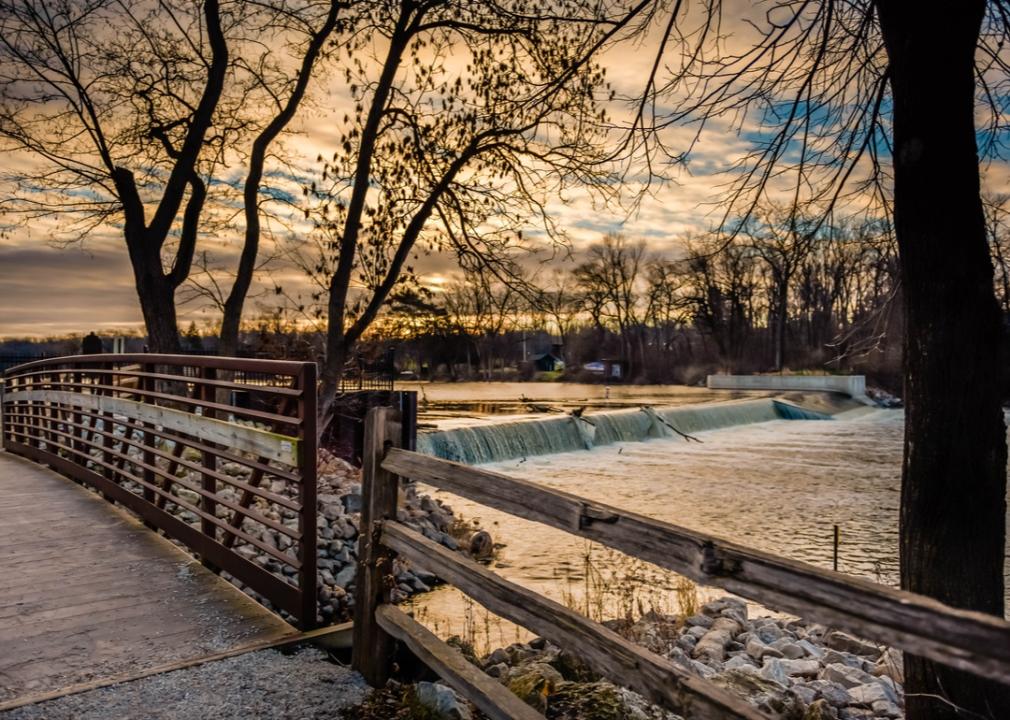 Thiensville, Wisconsin, has historic areas with well-preserved homes dating back to the 1890s and early 1900s. A creek flows through the village’s downtown area, contributing to its peaceful, bucolic atmosphere. 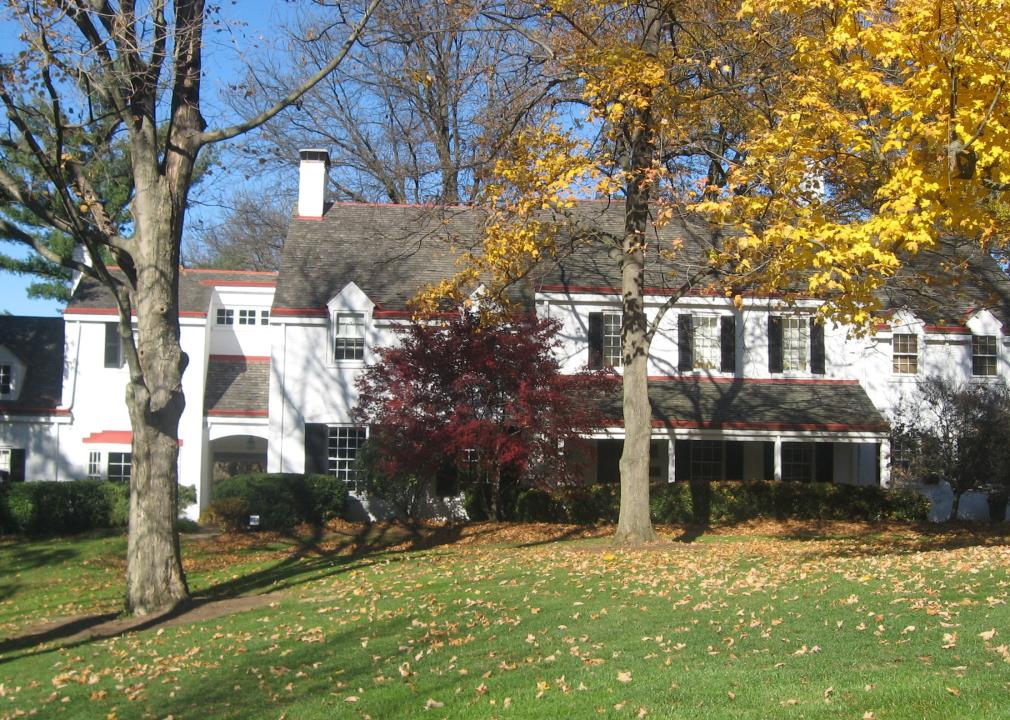 Amberley, Ohio, has been designated a tree city by the Arbor Day Foundation. This means that the city has devoted resources and care in maintaining its forests and trees and that trees contribute to an overall healthy and beautiful environment for residents. 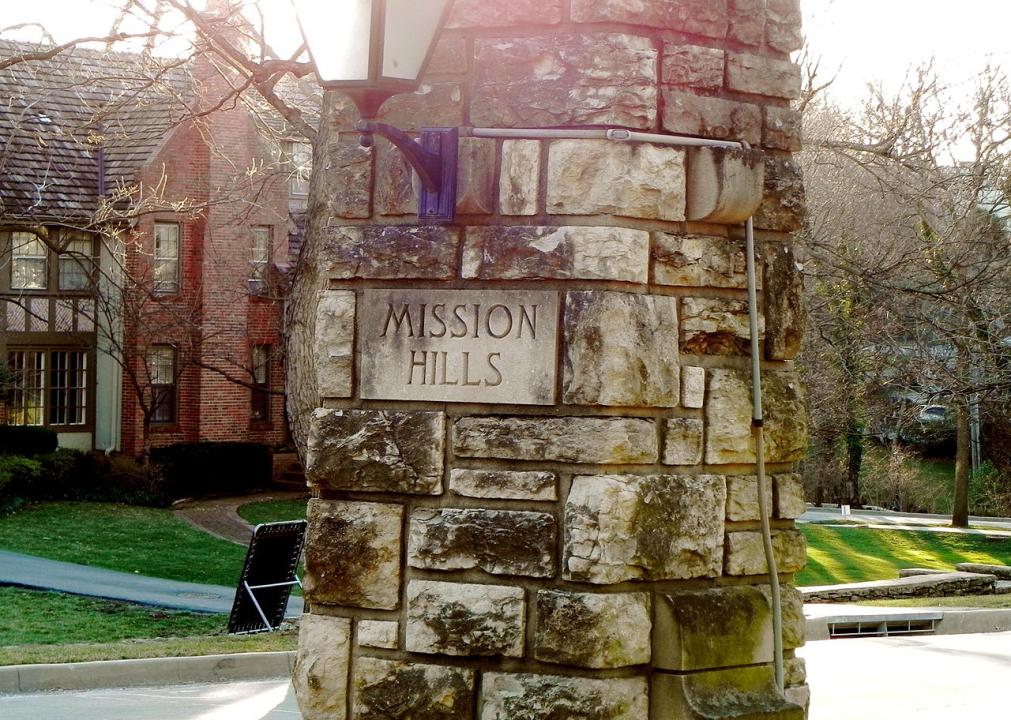 Mission Hills, Kansas, has a major literary claim to fame. In 1928, Ernest Hemingway and his second wife stayed at his aunt’s home in Mission Hills, where he would write his famous novel, “A Farewell to Arms.” 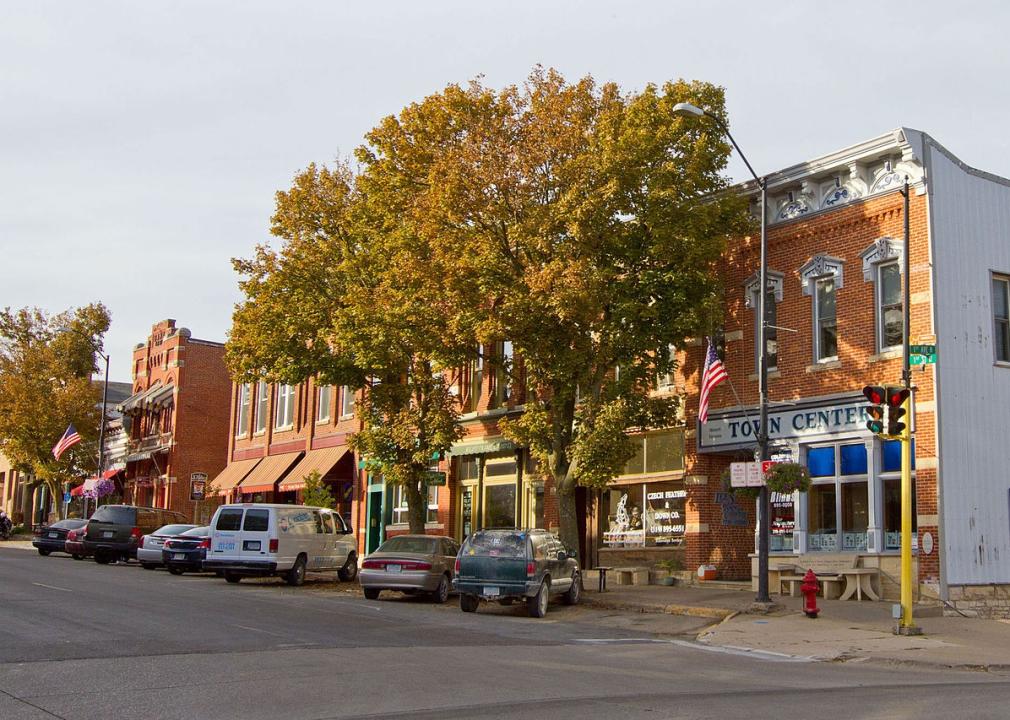 Mount Vernon, Iowa, is a small town with beloved local traditions. Among them an annual sidewalk chalk festival that takes place every May. Residents and visitors alike are encouraged to create their own sidewalk chalk art with over 4,000 square feet of Main Street dedicated to the event. River Hills, Wisconsin, has a rich history as a summer and vacation home destination for wealthy Midwesterners. The town was once the site of a country club that held fox hunts and polo matches well into the 1960s. Today, the community is the only one in Milwaukee County that is zoned to be 100% residential.

You may also like: Best places to retire on the West Coast 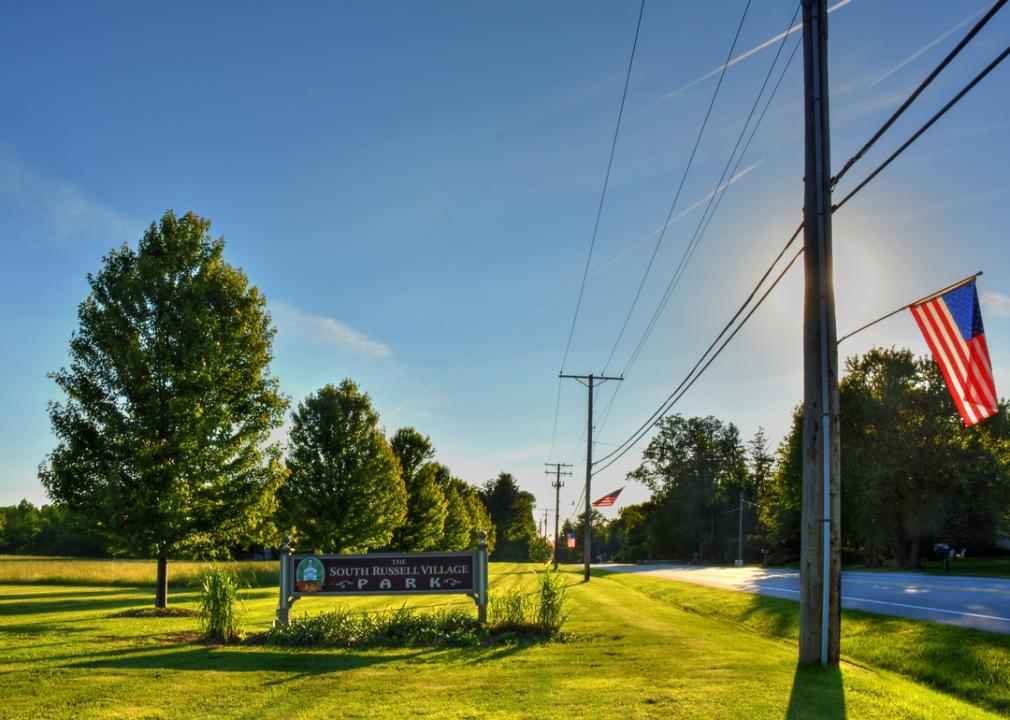 The beautiful village of South Russell, Ohio, is full of historic charm. Just 4 miles long and 1 mile wide, the town is still home to an acclaimed school district for children, not to mention an active village council. 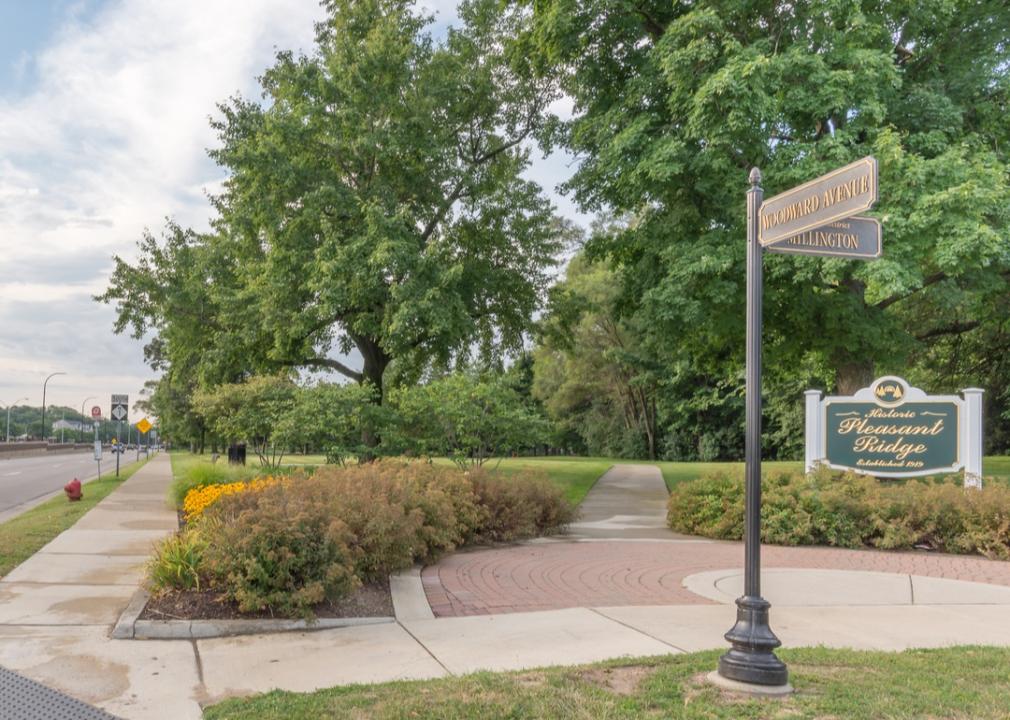 Pleasant Ridge, Michigan, is particularly LGBTQ+-friendly. The town has ranked among the top 10 in the nation with its ratio of single-sex households compared to the general population. Residents will attest that it is an attractive locale for everyone. 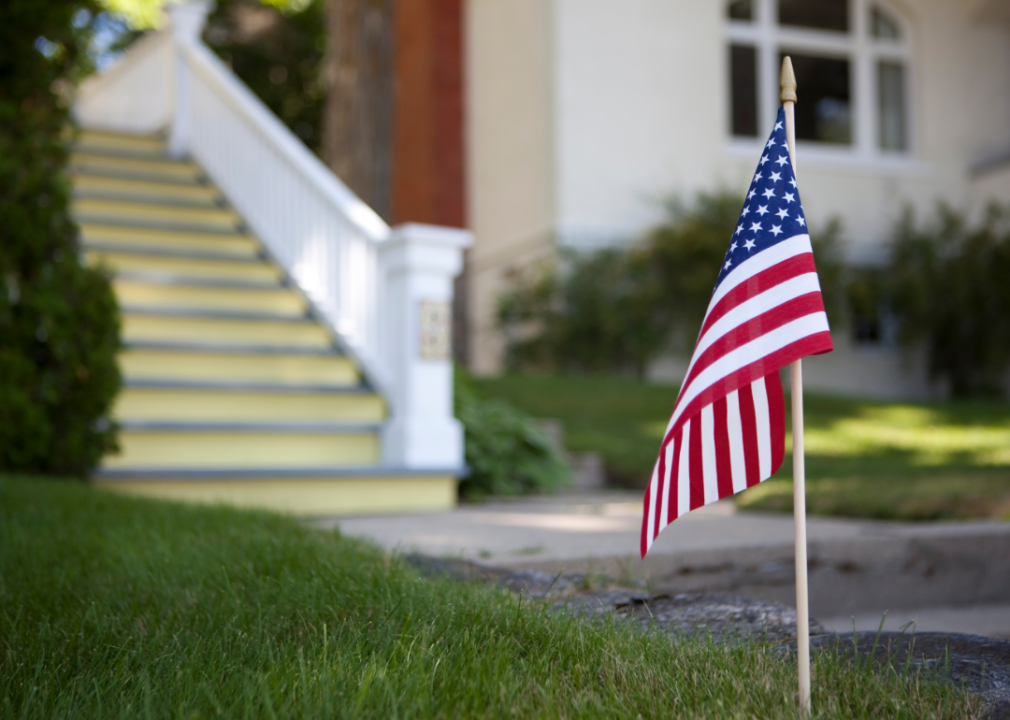 Rock Hill, Missouri, is a suburb of St. Louis. It is a lovely mix of commercial and residential properties, with one house listed on the National Register of Historic Places. The Greek Revival Fairfax House was built in 1841 and still stands today with protected status. 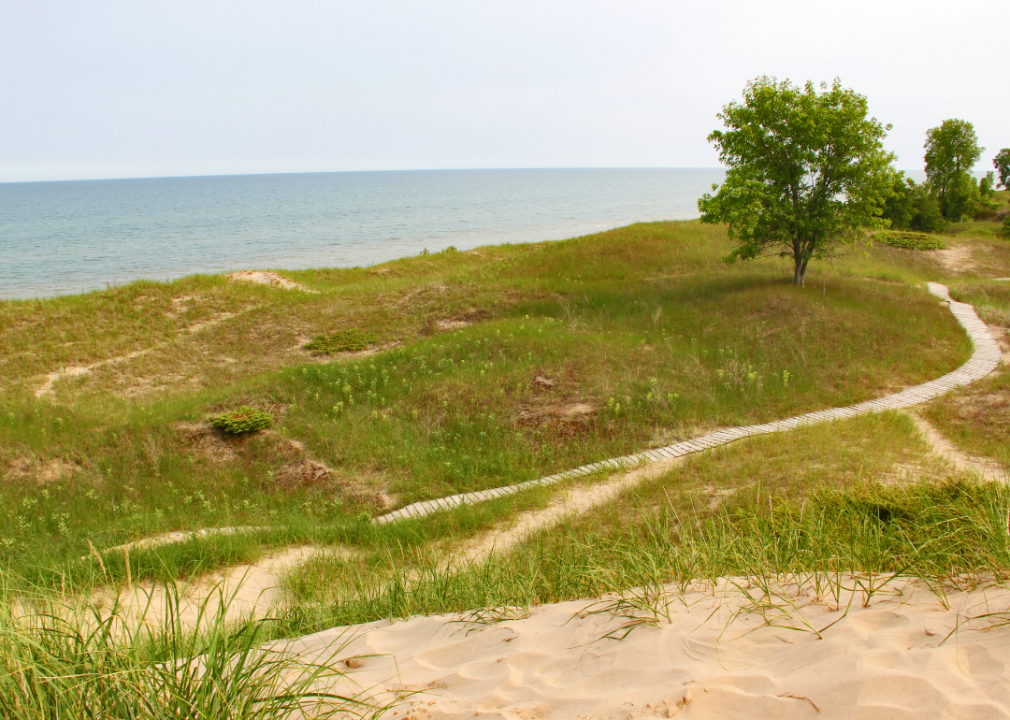 Kohler, Wisconsin, was founded in the early 20th century as a company town for the Kohler Company. Kohler is still the largest employer in the town and abides by the standards set by its founder to create and maintain a hybrid garden-industrial town with charm and character. 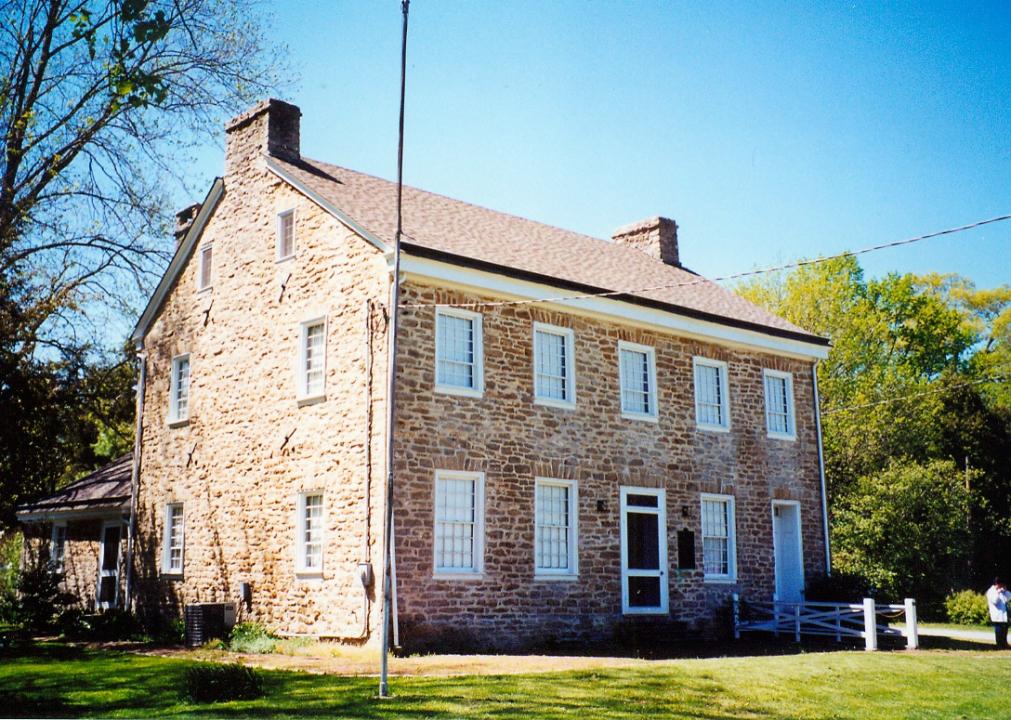 Sixteen Mile Stand, Ohio, was originally a stagecoach stop 16 miles from Cincinnati. Today, an extensive park system offers residents plenty of green space, and local sports teams include soccer, baseball, and lacrosse. Trails built around the city also allow hikers to get moving any time they like. 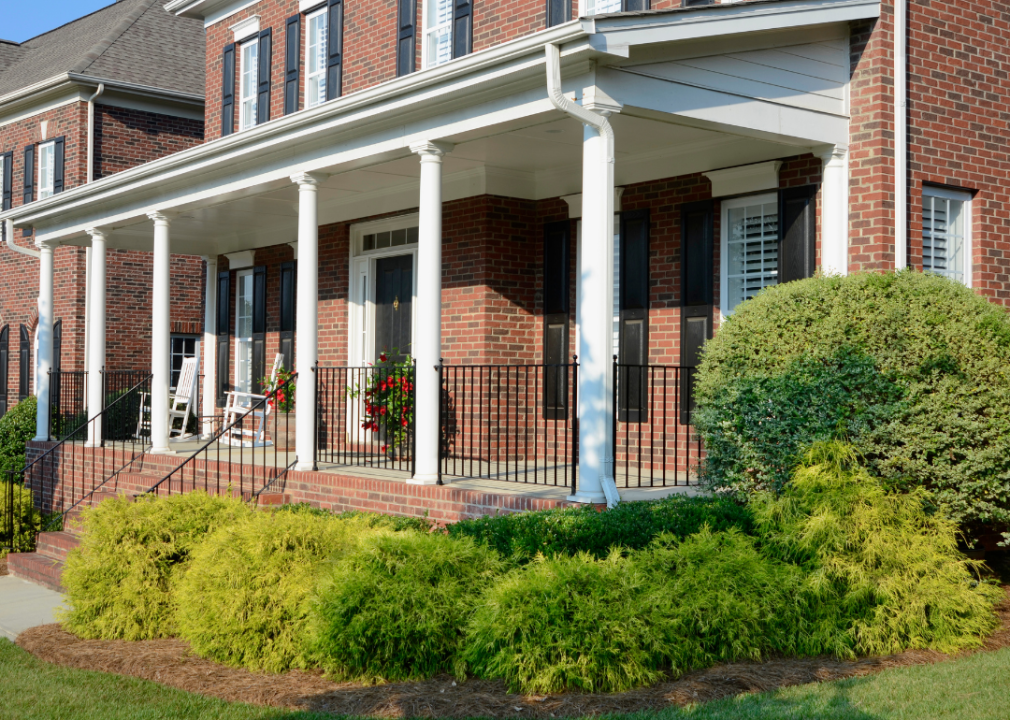 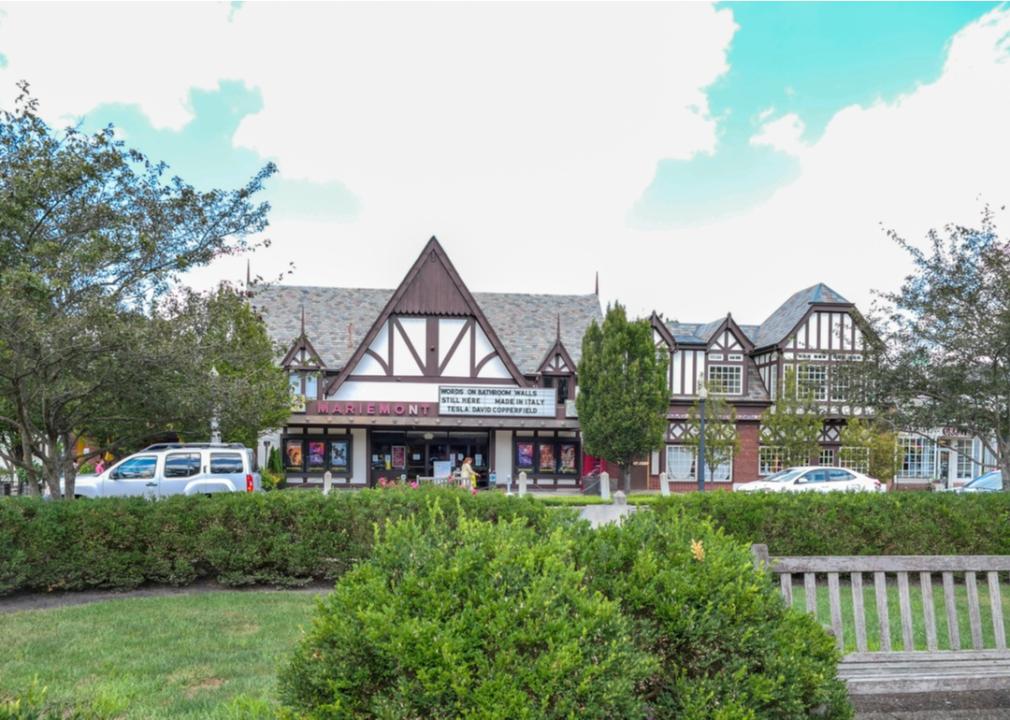 Much of Mariemont, Ohio, is built in classic English architectural styles, ranging from the Norman to the Georgian. The village square is designed in Tudor style, and the town is one of the few in America to still have a town crier. Its dedication to preserving bygone eras has earned the town a spot on the National Register of Historic Places. 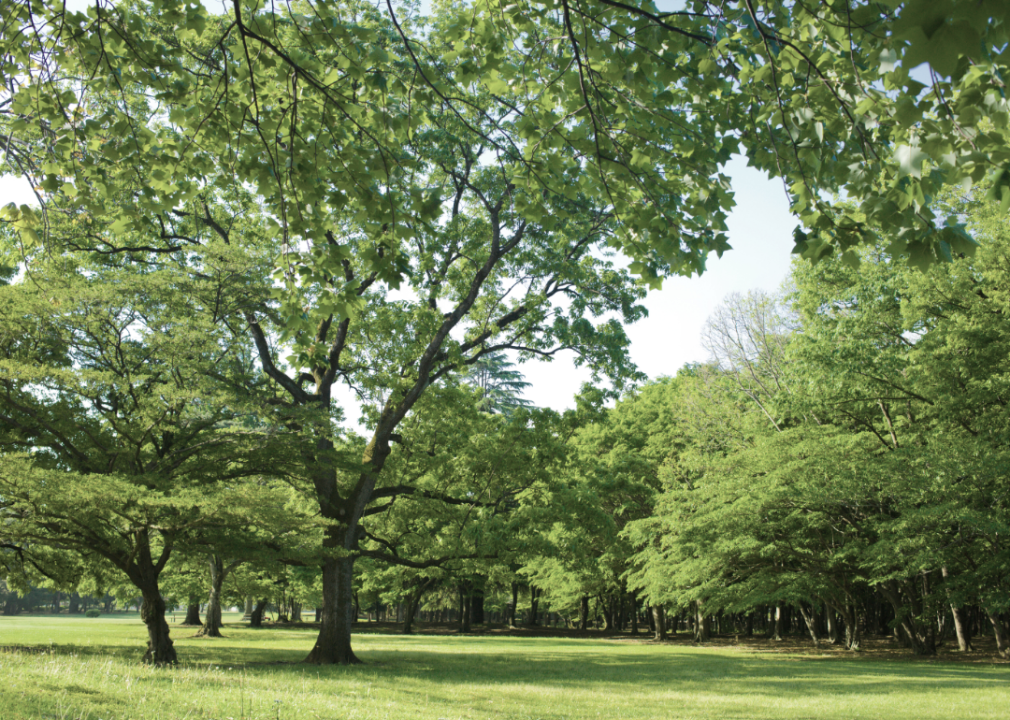 Bannockburn, Illinois, was developed by a Scottish real estate developer who planned a number of country estates for residents to live on in the early 20th century. The town was originally planned to be purely residential, but today it has a mix of business and residential buildings, affording residents a peaceful place to live while also giving them easy access to goods and services. 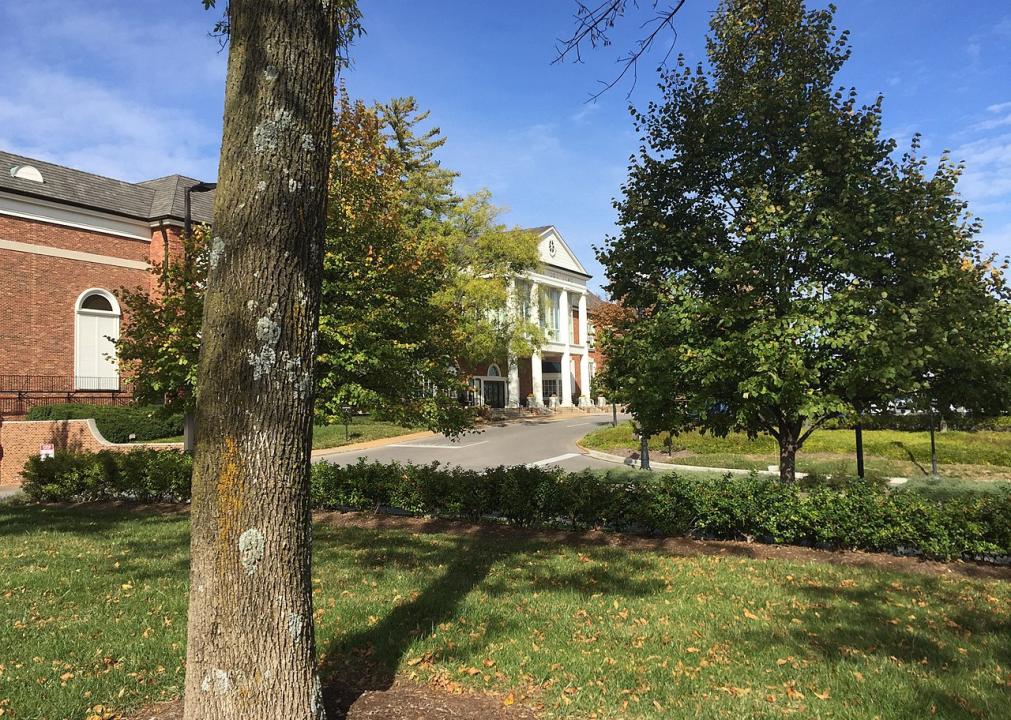 Frontenac, Missouri, is an elegant town just west of St. Louis. It is mixed commercial and residential, with a luxurious historic shopping mall, Plaza Frontenac, sitting in its center. Numerous homes in the town were built in the mid-19th century. 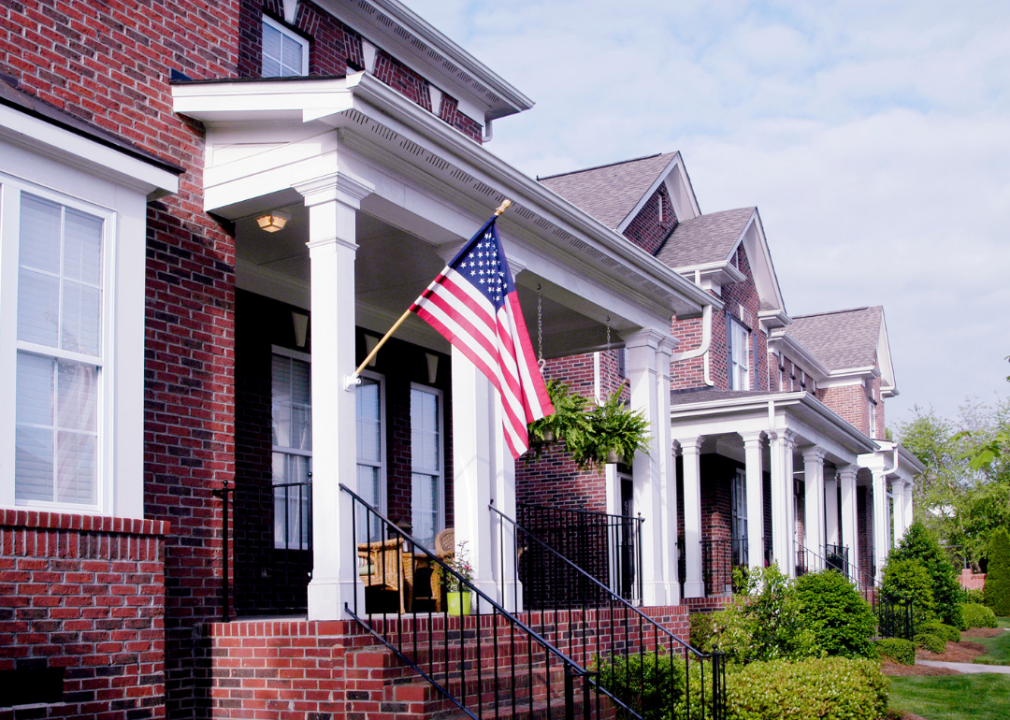 When the hit film “Mr. Blandings Builds His Dream House” premiered in 1948, the studio built a replica house right in Ottawa Hills, Ohio, as a promotion for the movie. The town was the perfect idyllic setting for a replica house, which remains occupied by a family to this day.

You may also like: Best places to retire in America

The most important well-being programs, according to workers