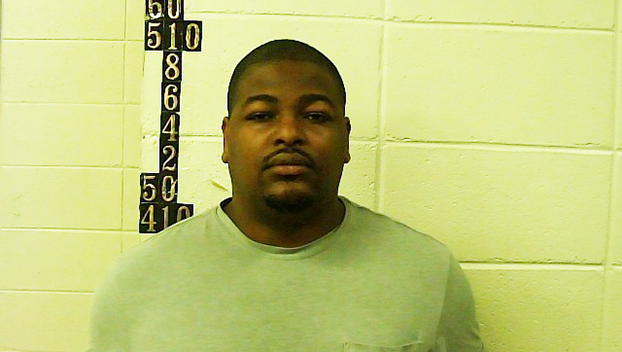 Jasper County Sheriff Randy Johnson feels like he is on the front lines of the issues that face Mississippi corrections personnel in handling the mentally ill in the state.

Raffell Franklin was first held on a charge of first-degree murder and shooting into a motor vehicle on April 7, 2017. He was found incompetent to stand trial by doctors at the Mississippi State Hospital in 2019.

“I can’t let him out on society,” Johnson said.

Franklin’s situation has been the subject of multiple hearings in both circuit court and chancery court. Another hearing, this time in chancery court, is scheduled for this week. His lawyer, Allen Peterson of Jackson, didn’t even show up for the last hearing in circuit court in late January. Johnson said.

“Even if we get an order committing him, the issue will be how soon Whitfield can come get him,” Johnson said.

That situation may change by the end of 2023.

Mississippi State Hospital is in the final planning stages of a project to renovate a building on the hospital’s Whitfield campus in Rankin County, said Adam Moore, communications director for the Mississippi Department of Mental Health. The renovation would increase the hospital’s forensic bed capacity to 83 beds for evaluations and observations, build in a multi-floor approach to ensuring adequate security for the patients housed on the building and “create new opportunities for programming that encourages rehabilitation,” he said.

The estimated budget is over $26.4 million. The Department of Mental Health, along with the Bureau of Buildings and professionals associated with the project, plan to take bids this year, with the renovation work hopefully beginning this year and lasting through 2023, although Moore said the COVID-19 pandemic could affect these anticipated dates.

One of the services the forensic unit will perform is providing a more secure environment of care, for individuals civilly committed through a chancery court who have been found not competent to proceed in a trial and not restorable to competency.

Franklin’s case seems to fall under that category, Johnson said.

“He’s not competent to stand trial and never will be,” said Johnson. “We sent him down there, and they sent him right back. They couldn’t keep him because they had no long-term facility.”

The expanded forensic unit also will provide evaluation services that assess a circuit court defendant’s competency to proceed legally and the mental state at the time of the alleged offense. Many of these evaluations can be conducted and completed on an outpatient basis. In some cases, evaluations may require an inpatient admission to the State Hospital.

The unit also will provide competency restoration services that are educational, and psychological programs attempting to restore defendants to competency to proceed in a trial, and mental health treatment for defendants found not guilty by reason of insanity.

While work is underway on the expansion, the State Hospital has converted 21 beds on its campus to provide evaluation and restoration services. But COVID has caused “significant personnel loss,“ resulting in fewer available, staffed beds to receive patients, Moorensaid.

The hospital has begun offering a Forensic Psychology Fellowship and has recruited
and retained five new forensic psychiatrists and psychologists.

Franklin, 30, of Laurel is accused of the April, 7, 2017, fatal shooting of Eddie Davis, 25, of Louin. He turned himself in to Jones County sheriff’s deputies the day of the shooting, according to reporting from the Jasper County News.

According to then Bay Springs Assistant Police Chief Tony Wedgeworth, the Bay Springs Police Department received a call at approximately 7:45 a.m. that Friday from Peco Farms about shots being fired. When law enforcement officers arrived at the scene, they found Davis had been shot multiple times with a .45 caliber handgun.

Both Franklin and Davis were Peco employees.

Witnesses told authorities the victim and Franklin had gotten into a confrontation the Wednesday before the shooting on the production line at Peco.

Following the shooting, Wedgeworth said witnesses told authorities Franklin simply walked back to his car, left the scene and proceeded to his home in Laurel. Bay Springs Police Department had notified Jones County authorities about the incident and had given them Franklin’s address.

“While Jones County deputies were enroute to Franklin’s address, Jones County dispatch received a call from Franklin’s mother stating that Franklin had pulled up and said that he had killed somebody,” Wedgeworth told reporters at the time.

The Jones County Sheriff’s Department later Friday morning took Franklin into custody without incident at his home in Laurel, and he was transported to the Jasper County Jail in Bay Springs. Wedgeworth said Franklin was interviewed later that Friday afternoon and was officially charged with murder.

Autopsy results from the Mississippi Crime Lab in Jackson revealed that Davis had been shot a total of five times.

Franklin’s lawyers filed to have him mentally evaluated, and medical professionals also evaluated him.

The hitch in the system

Under state law, to be competent to stand trial, defendants must be able to perceive and understand the nature of the proceedings, communicate rationally with their attorney about the case, recall relevant facts and testify in their own defense, if appropriate, Moore, communications director for the Department of Mental Health, said.

“A forensic evaluator may conclude that a defendant has deficits in a factual understanding of the case or deficits in rationality. Restoration treatment may include individual and group psychoeducational sessions, medication, individual case management, or counseling to attempt to remedy these issues. However, the forensic evaluator may determine the defendant is not competent and there is not a substantial probability for the defendant to be restored to competence in the near future. The circuit court will consider the report of the evaluator, and it is possible for charges to be remanded and the case then referred to the chancery court for civil commitment,” said Moore.

Moore noted Mississippi law prohibits someone with felony charges pending from being admitted to a state hospital except through a special order of the circuit court, whereas commitment for acute psychiatric services are generally handled through the chancery court commitment process.

Johnson said Franklin was well-behaved at his facility and not a problem to house. He is kept separated from the regular population.

Johnson said Franklin’s case was only unusual for him for how long he’s been in Jasper County Jail. He noted that he’s had many other prisoners with mental health issues, mostly on orders from chancery court for treatment and that many sheriffs in the state have their own stories of such cases.

“It’s discussed at (Mississippi Sheriffs) association meetings all the time,” Johnson said. “I think people in this state need to understand what the sheriffs are dealing with”

In 2016, Steven Jessie Harris was finally released to a medical facility from the Clay County Jail after 11 years, where he was charged with 11 felony counts including murder but  never tried..Dagnosed with schizophrenia, Harris was found incompetent to stand trial and  remained in legal limbo until MCIR founder Jerry Mitchell, then an investigative reporter for the Clarion Ledger, brought his story to light. By then, Scott Colom had defeated Forrest Allgood as district attorney and moved to rectify the situation. During his incarceration, Harris was forcibly injected with anti-psychotic drugs he’d never been prescribed and against his will.

A day after a story by then-Clarion Ledger reporter Jimmie E. Gates in 2016 about a defendant jailed five years un Hinds County, a judge ordered the man transported to Mississippi State Hospital. Christopher Grubbs was indicted on an aggravated assault charge but found incompetent to stand trial. His charge was remanded to file, meaning it would not be pursued, but he remained in jail.

According to a 2016 report from the Treatment Advocacy Center, serious mental illness is so commonplace in the nation’s corrections system that jails and prisons are referred to as “the new  asylum.”

Johnson said that jail is not the place for individuals like Franklin. “I don’t want him here because he’s not getting any help,” Johnson said.

This story was produced by the Mississippi Center for Investigative Reporting, a nonprofit news organization that seeks to inform, educate and empower Mississippians in their communities through the use of investigative journalism. Sign up for our newsletter. Email Julie Whitehead at julie.whitehead.mcir@gmail.com.