Mother of murdered Mississippi 6-year-old asks, ‘When is enough enough?’ 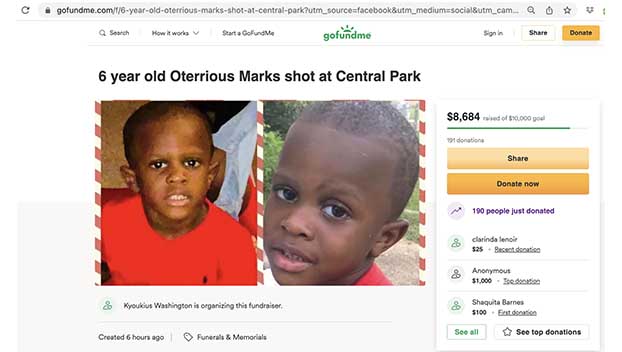 The mother of the 6-year-old Mississippi boy who was shot and killed Sunday afternoon while he played basketball with his friends asked the community to band together to stop the violence.

Kyoukius Washington organized a social media fundraiser Monday after her two sons were shot in a drive-by shooting at Central Park in McComb, Mississippi.

“I am coming to you as a mother who’s lost, whose broken, whose sad, angry, hurt and still in disbelief,” Washington wrote in the GoFund Me page. “Just another Sunday of family fun until someone came and started shooting and both my sons were shot. … To be a mother and not be able to protect them from all the bad in the world hurts.”

Washington said her sons begged her to take them to the park so they could play basketball on a full-sized court despite having a hoop at their residence.

She identified the 6-year-old as Oterrious Marks.

Police have arrested four people, all between 17 and 19 years of age, and charged them with capital murder and four counts of aggravated assault in the shooting.

To donate to Washington’s fundraiser visit: