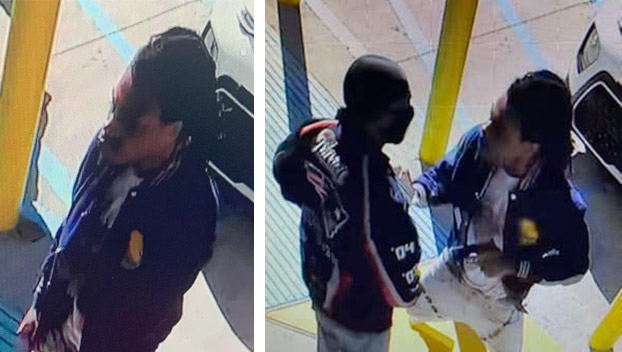 Police have released photos and are asking for the public’s help identifying two suspects involved in a shooting that accidentally killed a man who was delivering produce to a Jackson Dollar General.

Jackson Police say Tarik Domino, 45, was delivering produce with his company, Capitol City Produce, at a Dollar General on Clinton Boulevard, when two individuals started an altercation with each other.

Police say that one individual pulled out a weapon, and fired at the other individual, accidentally striking Domino on the left side of the body.

Domino was taken to UMMC by AMR, where he died from his injuries.