5 common puppy illnesses—and what to do about them 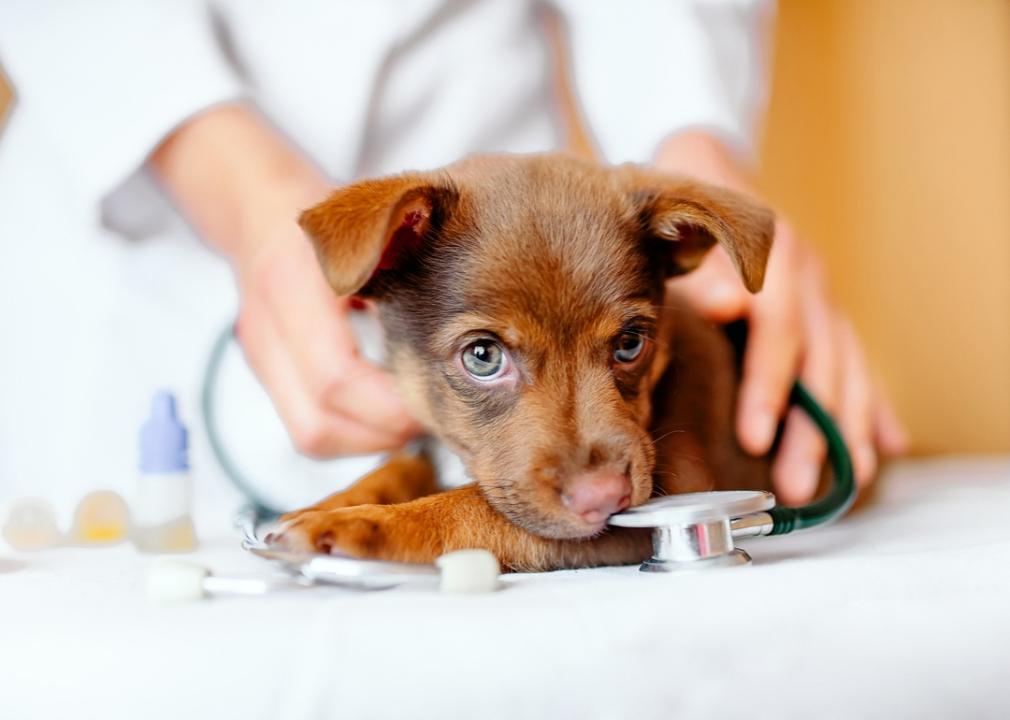 5 common puppy illnesses—and what to do about them

Between training, playing, and enjoying lots of love, having a new puppy at home can be an exciting time. One of the most important aspects of raising a puppy is keeping it healthy, and a good place to start is setting up a regular schedule of veterinarian check-ups and vaccinations.

This is a serious responsibility for a pet owner as some diseases—such as parvovirus, a virus that attacks a dog’s stomach and small intestine, and distemper, a virus that attacks multiple areas of the pup’s body—can prove fatal. Symptoms from both of these can be reduced or even prevented if a puppy is vaccinated.

When vaccinating puppies, people spend an average of about $75 to $100. This can be a costly expense, but getting these shots is vital to the health of a pet. Keeping up with a pup’s vaccines can get them started on the right foot in life and can also help you avoid expensive medications and treatments for any long-term effects these diseases might have on a pet.

Native Pet compiled a list of common ailments often found in puppies. Here’s what to do to prevent or treat them. 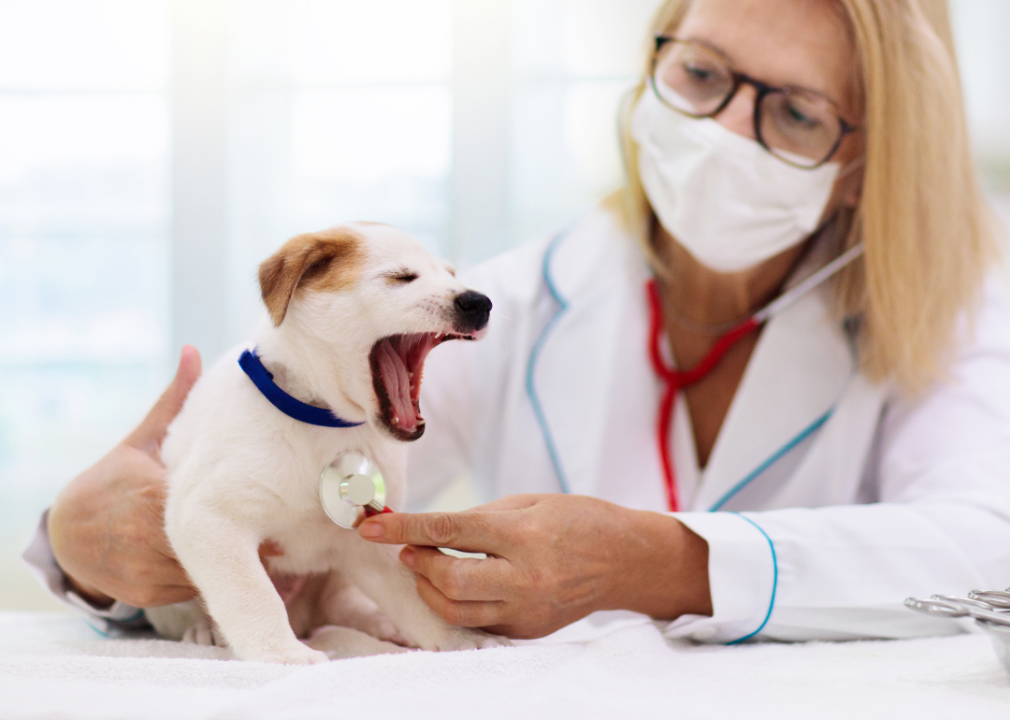 Parvovirus is something you’ll never want your pup to get. A virus that affects a puppy’s gastrointestinal system, parvo can be dangerous to its health and can even be fatal. Symptoms include dehydration, diarrhea, lack of appetite, and vomiting. There is no cure for parvo, so if your pet contracts it, take it to the veterinarian and make sure it stays hydrated. Parvo can be spread when a pup has contact with an infected dog or comes into contact with an object that an infected dog has touched. To prevent this, get your puppy vaccinated against parvo at 6 weeks, 8 weeks, and 12 weeks as well as annually with booster shots. 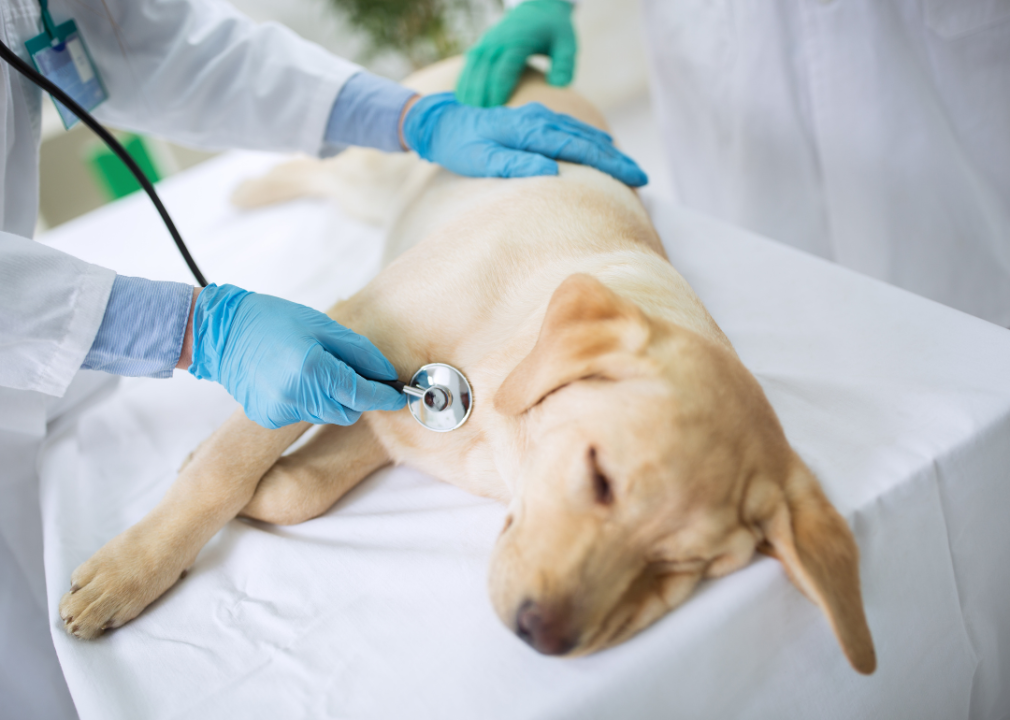 If you’ve ever boarded a dog, adopted a dog from a rescue, or had a pup in a social setting with other dogs, you’ve probably heard of kennel cough, which is commonly caused by Bordetella bacterium. Also referred to as canine infectious tracheobronchitis, kennel cough is highly contagious and is spread via contact with an infected pup or an object with which it had contact. Kennel cough can also be spread through the air. Symptoms such as sneezing, coughing in a strange honking sound, and a lack of energy in a pup can be signs of kennel cough. To protect a puppy from kennel cough, ask to have your vet vaccinate at 6 to 8 weeks, then again at 10 to 12 weeks, 16 to 18 weeks, 12 to 16 months, and then every one to two years. 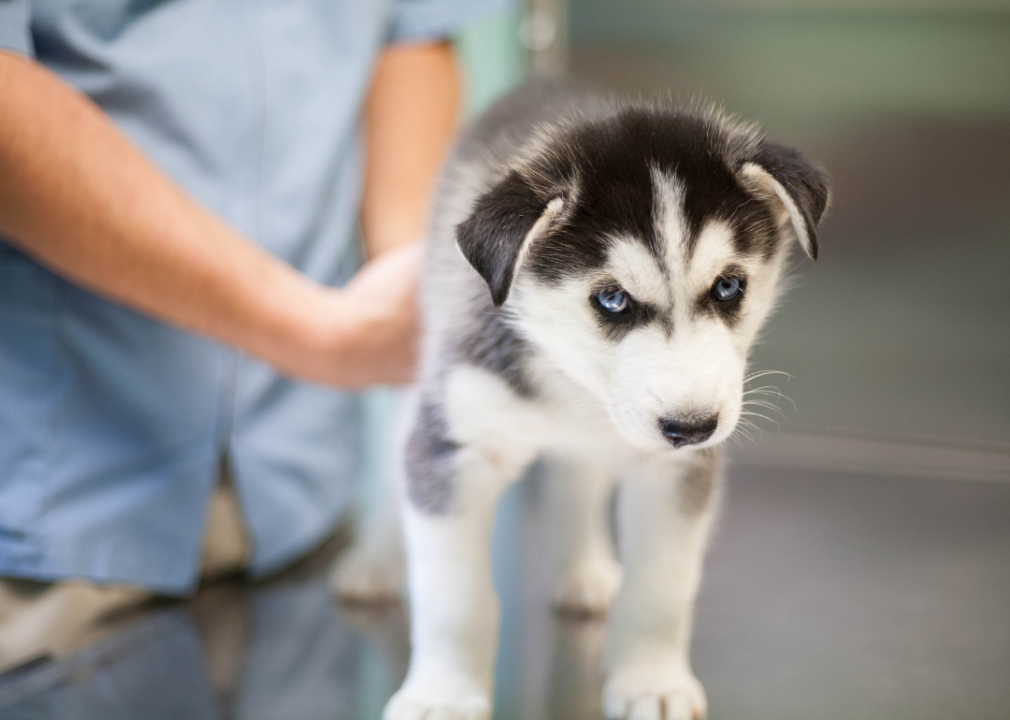 Distemper is a serious disease a puppy can contract through airborne particles, contact with infected dogs, or exposure to an infected object. A disease similar to measles, distemper can be difficult to treat because it shows up in multiple areas of the body such as the gastrointestinal and respiratory systems. Distemper cannot be cured, so if your dog is infected, talk to your vet right away as distemper can be deadly. While a vaccine won’t guarantee complete immunity, a shot can lessen the symptoms should a pup contract it. You can get a puppy vaccinated against distemper at 6 to 8 weeks, then again at 10 to 12 weeks, 16 to 18 weeks, 12 to 16 months, and then every one to two years. 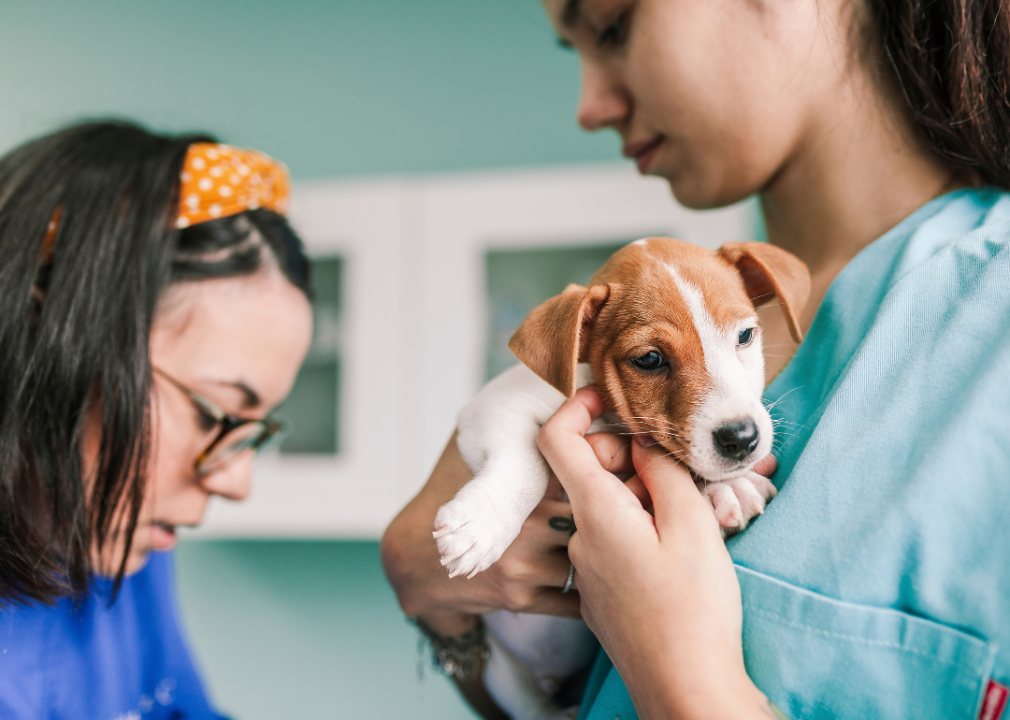 Parasites, such as worms and ticks, are a big reason dog owners are told to pick up after their dog’s poop. Dogs can contract parasites if they come into contact with another dog’s feces. Puppies can also pick them up if they are near other infected animals, including other dogs. Because all parasites are different, symptoms will depend on the parasite, but some symptoms may include abdominal pain and swelling, lack of nutrition, diarrhea, and weight loss, among others. There are no vaccines to prevent parasites, however, annual testing and year-round treatment with preventive medicine can help a puppy avoid those pests. 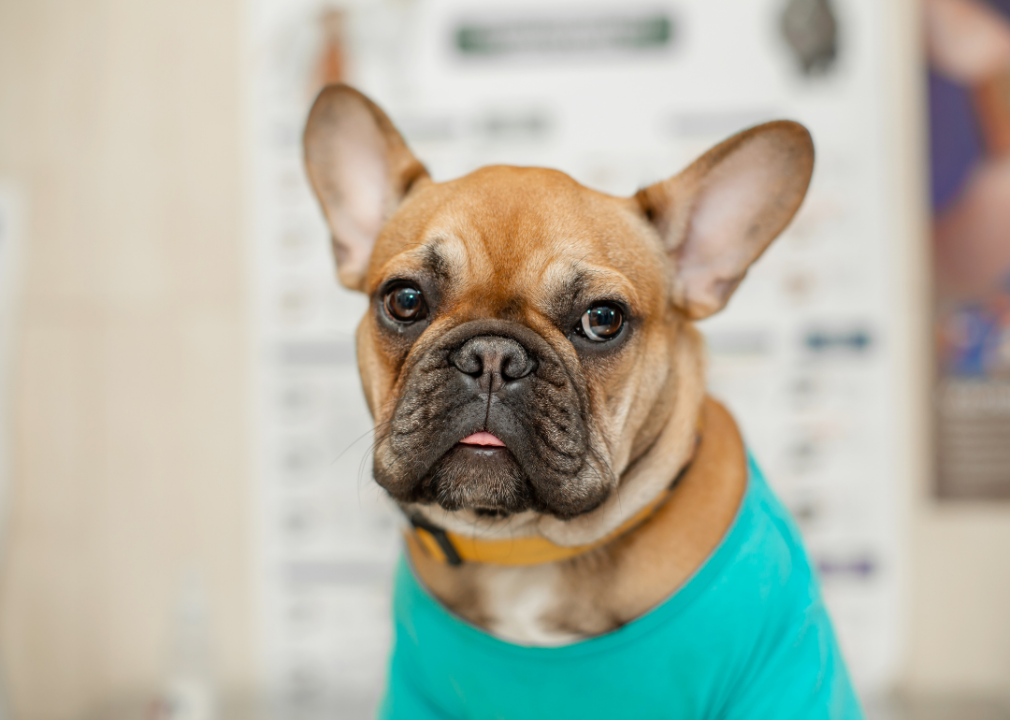 If a new puppy starts to vomit or have diarrhea, it could be one of several things: a change in diet, a bacterial or viral infection, a parasite, the ingestion of something it shouldn’t have eaten, or stress. If you notice your puppy throwing up or having the runs, look for any other possible symptoms. If this happens, it may be best to consult with your vet in case it’s something serious and your dog may not be fully vaccinated. Prevent a dog from vomiting or having diarrhea by monitoring what it ingests, keeping its vaccines up to date, and getting it on preventive meds for parasites.

This story originally appeared on Native Pet
and was produced and distributed in partnership with Stacker Studio.