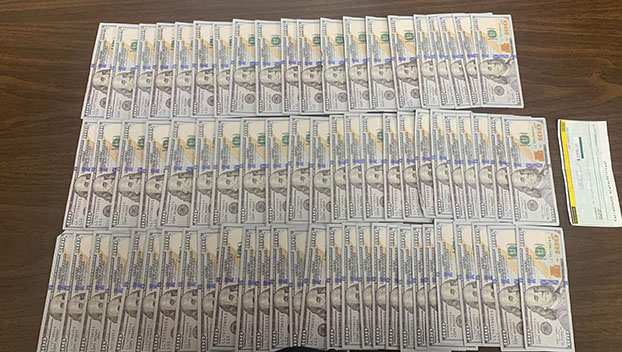 Police are warning residents of one Mississippi small town that their community is being flooded with fake currency and money orders.

More than $7,000 in fake one-hundred-dollar bills and other currency were seized by police officers in Louisville, Mississippi.

The money was seized after several incidents had been reported in the community and an arrest was made. During the arrest police officers discovered the fake money and money orders.

“We would like to ask businesses and citizens to pay special attention to bills passed. If you come into contact with anyone attempting to pass counterfeit money or money orders, please contact the Louisville Police Department,” the police department posted on social media.