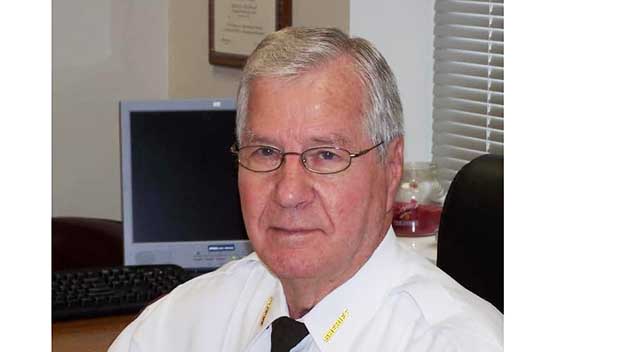 A small Mississippi community is mourning the loss of its long-time sheriff.

He was born in Skene, Mississippi, one of eight brothers and sisters.

“In July of 1950, he was in the fields chopping cotton with his brothers and sisters when a friend came by and said he was headed to go join the Army,” his obituary reads.

“Mack yelled at him, ‘Hold up, I’m going with you,'” his obituary reads.

He was trained as a paratrooper member of the 82dn Airborne Division. He eventually was deployed to Korea where he was decorated with multiple medals including two Bronze Stars.

He was selected by the army to witness an atomic bomb explosion in 1957 during a test in Camp Desert Rock, Nevada. In total, he spent 14 years in the military.

After his military career, he returned to Bolivar County, Mississippi, and eventually began working for the Bolivar County Sheriff’s Office.

In 1979, he ran for sheriff and won, taking office in 1980. He continued winning elections every four years, ultimately serving eight terms, for a total of 32 years in office.

He was assaulted by two county inmates in the 1980s and was nearly killed as they broke his arm and attempted to push a homemade knife into his neck.

“I’ve been cut, had my arm broke, hit on and cussed at, but I’m always thankful for the opportunity the people have given me to serve,” his obituary quotes him as saying.

Attorney: City leaders will not comment on fellow councilman’s…