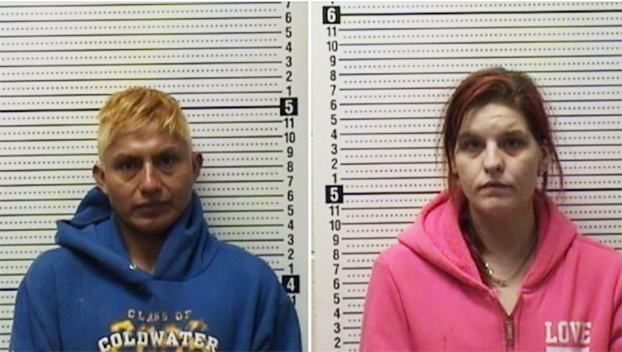 Two people were arrested Friday, Feb. 25, on charges related to the sale and possession of the controlled substance Fentanyl.

The Tate County Sheriff’s Office reported on social media Monday that Alvaro Altamirano-Cortez, 35, and Kristen D. Jones, 28, both of Coldwater, were arrested.

At approximately 6 a.m. last Friday, narcotics investigators from the Tate County Sheriff’s Office along with agents of the Mississippi Bureau of Narcotics executed a search warrant at a residence in the 400 block of Commerce Street in Coldwater.

Both are being held in the Tate County Jail.