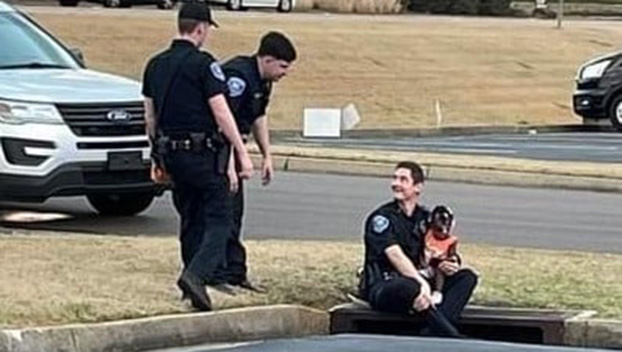 The pursuit of two carjacking suspects down one of Mississippi’s busiest highways ended with the discovery that the driver was holding an infant while trying to evade law enforcement.

The Flowood Police Department posted on social media that on Feb. 24, officers observed a stolen vehicle on Lakeland Drive coming into the city from Jackson.

When officers attempted to make a traffic stop, the vehicle refused to stop as it attempted to evade law enforcement.

After a short pursuit, officers were able to take the driver and occupant into custody without incident. Officers learned that during the pursuit, the driver was holding an infant child.

The subjects were charged with Receiving Stolen Property, Fleeing or Eluding LE, Poss. of Weapon by Felon, Child Endangerment, and Poss. of Schedule II. Officers learned that the stolen vehicle was taken during an Armed Carjacking from the City of Jackson.

The Jackson Police Department for their assistance in this case.