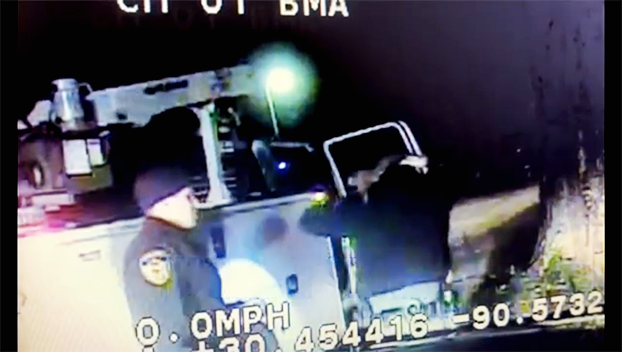 A video of a Louisiana sheriff deputy and a squirrelly traffic stop has gone viral on Facebook.

The Livingston Parish Sheriff’s Office posted the video of a deputy’s sudden surprise when a pet squirrel inside a truck during a traffic stop leaped onto the deputy.

The squirrel jumped out onto the deputy during what was to be a regular traffic stop.

The sheriff’s office posted a video from the officer’s dashcam showing the deputy’s sudden surprise.

“Sheriff [Jason] Ard confirms neither LPSO deputies nor squirrels were harmed,” and the squirrel was returned to its cage, the Facebook post says.