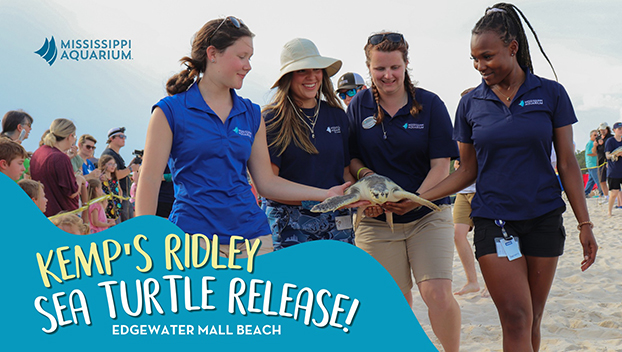 The Mississippi Aquarium’s first group of sea turtles to recover from New England’s most recent cold-stunning season will soon be swimming free.

The aquarium plans to release 11 Kemp’s ridleys — the world’s smallest sea turtle and the most endangered species regularly found in U.S. waters.

In January, it released a Kemp’s ridley that had been rescued in December 2020 and needed more than a year to recover.

The turtles being released on Friday were among dozens sent to the aquarium in late 2021 by New England Aquarium in Boston.

They had washed ashore in Massachusetts after rapidly chilling water left them lethargic and ill.

The release will be on the beach in front of Edgewater Mall on U.S. Highway 90 in Biloxi, according to a news release emailed Thursday. The beach is about 6 miles (9.7 kilometers) from the aquarium.