Thousands of nursing school applications being rejected, despite critical need for nurses in Mississippi hospitals 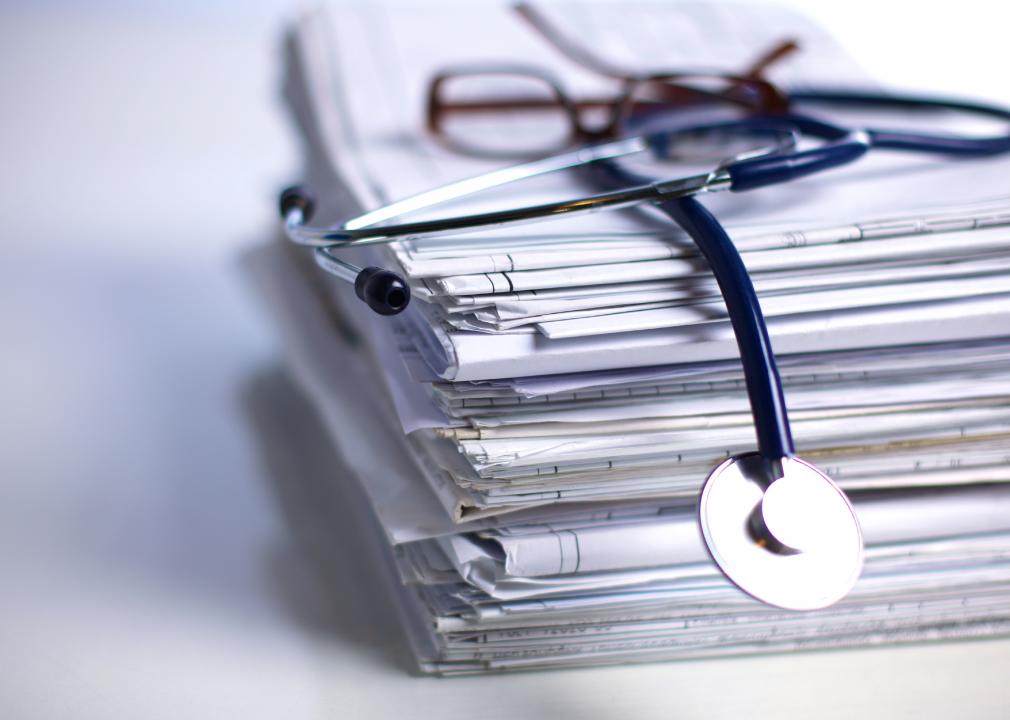 When Lydia Hall takes her nursing students to make rounds at the hospital, she watches closely as her students give patients medications and fix IV lines. She guides them, usually 21 or 22 years old, through evaluating heart rates, oxygen levels and blood pressure.

She does what she can to help them process seeing people in their worst situations and accepting they can’t fix everything.

Sometimes the Mississippi College instructor fields a question from the overworked nurses eager to recruit new colleagues to the hospital: Would she consider taking a full-time job there, making $100 an hour?

“I mean, it’s tempting,” Hall said. “I do think about all my different options.”

Hall teaches because she loves training the next generation of nurses. But as nursing salaries skyrocket, the choice to teach involves sacrifice. With 35 years of nursing experience, Hall could make more money if she returned to the bedside.

In part because of that financial reality, there aren’t enough instructors to train the next generation of nurses in Mississippi. That’s making it harder to address the nursing shortage exacerbated by the COVID-19 pandemic — a problem that led chief nursing officers from 36 Mississippi hospitals to beg state leaders for help in November of last year.

“When you trace the shortage of nurses back, you trace it back to nursing education,” said Tomekia Luckett, who served as director of the Council on Nursing Education with the Mississippi Nurses’ Association until this year.

According to a survey of nursing deans and directors conducted by the Institutions of Higher Learning, the average nursing program in Mississippi would need to hire three more faculty to admit to full capacity. Accreditation requires maintaining a strict student-to-faculty ratio, so every faculty vacancy means about 15 fewer Mississippians admitted to nursing programs.

Nursing schools in Mississippi have recently had to turn away an average of about 2,400 qualified applicants every year, according to IHL statistics. Some of them may apply again, but others give up on a dream.

“That barrier has them sometimes saying, ‘I don’t want to do it anymore. I’m going to go into another profession.’”

The faculty shortage is predicted to worsen. The number of open positions statewide shot up from 20 to 33 in just a few months from fall 2021 to spring 2022, according to the IHL survey. About a quarter of the state’s nursing faculty are eligible to retire in the next three years.

“The numbers are scary,” said Kimberly Sharp, dean of the Mississippi College School of Nursing, where about a third of the faculty is eligible to retire in the next few years.

Nurses worry what that will mean for every Mississippian who seeks health care. As of late January, the state had 3,000 vacant positions for RNs, according to the Mississippi Hospital Association — about a fifth of the total nursing workforce.

Inside a classroom at Pearl River Community College’s nursing school in Poplarville on Wednesday, 25 future nurses paired up and gathered around hospital beds, each containing a mannequin with a different stick-on plastic wound covered in gauze. The students practiced removing the dressing and replacing it with a fresh bandage.

Instructors Anna Busby and Amy Esslinger walked among the beds while watching students work and asking them questions. Between them, Busby and Esslinger have more than 60 years of nursing experience. They’re attuned to risks that students can’t yet see.

As two young women prepared to apply a bandage to a mannequin with an abdomen wound, they put the old one in a red plastic biohazard bag and set it just below their patient’s knees.

“What if she moves her legs?” Busby asked, pointing at the bag. “This is gonna go right back on the wound.”

Another student applied tape to the four edges of a piece of gauze, creating small air pockets around the sides.

Busby walked over to the bed. Better to tape vertically across the gauze, creating pressure on the wound and preventing air pockets: Kids especially like to stick things anywhere they can.

“You may go to take it off, and there’s a Hotwheels in there,” she told them.

Busby has taught at PRCC for 10 years, Esslinger for 11. In the last several years, they’ve seen many colleagues retire or leave for more lucrative positions in the field.

Their students spend two years in the associate degree nursing program, and Busby and Esslinger say they become life coaches and mentors as well as teachers. Their goal is that every student graduates as a nurse to whom they would entrust the care of a family member.

“You want them to succeed,” Esslinger said. “When you have so many students and not enough time, that’s not in their best interest.”

The nurse educator shortage isn’t new, and it isn’t unique to Mississippi. According to the American Association of Colleges of Nursing, 6.5% of all nursing faculty positions nationally are vacant. But while the national vacancy rate has declined slightly over the last five years, it has risen in Mississippi.

“The nursing educator shortage has worsened dramatically over the past three years,” said Melissa Temple, IHL director of nursing education, in an email to Mississippi Today.

In 2018, there were only two open faculty positions at associate degree nursing programs across the entire state. By spring 2022, that number had risen to 19.

At PRCC, some instructors left soon after they were hired to take higher-paying opportunities available during the pandemic. That created turnover that affected students’ experiences. In 2021 alone, 13 faculty left and had to be replaced.

Jana Causey, who oversees medical programs at PRCC, said she thinks that as travel nursing pay declines, hiring instructors will get a little easier. But the salary gap won’t go away.

Evers-Manly of Alcorn, the state’s only historically Black college with a nursing program, said she understands why bedside nursing pays more. Patient care can be complicated and stressful. But nurse educators must have advanced degrees and the same skills as practicing nurses.

“We’re training students to do exactly what they’re doing,” she said. “So there really shouldn’t be, in my opinion, that much of a discrepancy in the amount that we pay compared to the nurses on the floor.”

Alice Austin was worried about the dire situation inside hospitals as COVID-19 cases surged in Mississippi in late 2020. She wanted Holmes Community College, where she oversees the associate degree nursing programs at the Ridgeland campus, to be part of the solution.

In early 2021, the college started planning to launch an additional nights-and-weekends course to train about 30 more students, making a nursing degree accessible to people working full-time.

The only real challenge was hiring. Austin said three people turned down their job offer. Although she hoped to hire two full-time educators, Holmes ended up starting the course with one full-time instructor and another part-time.

At the same time, Mississippi hospitals are desperate to hire more nurses. Those who remain rush between patients, often forced to take shortcuts as they try to attend to everyone.

Some of the students at PRCC are licensed practical nurses (LPNs) coming back to school to become registered nurses (RNs). Niki Mason, who is still working her hospital job, recently heard a line that resonated with her: “Stop calling nurses frontline workers.”

“Because that implies there’s a second line coming,” she said.

The nursing shortage inside hospitals affects nursing education, too. Mason and her classmates spend about two days a week in “clinicals,” when they visit patients with an instructor. Typically, staff nurses at the facility also answer student questions and give feedback.

These days, Mason said, nurses don’t have time for that.

Over the next few years, baby boomers will age and hundreds of thousands of nurses — more than half of RNs nationally are 50 or older — will retire.

“I think that we are going to be in probably the worst situation we’ve ever been in for RNs,” said Susan Russell, chief nursing officer at Singing River, where there are currently 167 openings for RNs.

In 2021, the Bower Foundation awarded a $3.8 million grant to UMMC to provide scholarships for nearly 70 students pursuing graduate degrees in nursing education and healthcare administration, expanding the pool of nursing instructors in Mississippi. Julie Sanford, dean of the school of nursing at UMMC, said the first cohort will begin in May.

The Mississippi Office of Workforce Development also recently awarded a grant to PRCC, which Causey said will help expand a program on the Forrest County campus for working LPNs to become RNs.

In 2006, when there were about 40 faculty vacancies statewide, only a few more than the current figure, the legislature approved a $12,000 raise for nursing instructors over two years. That made a big difference for faculty recruiting, administrators told Mississippi Today.

There’s little indication anything similar will be considered today, though the worker shortage inside hospitals has spurred legislative proposals. The Mississippi Healthcare Workers Retention Act would provide premium pay of up to $5,000 for healthcare workers. Another bill still in play this session, HB 1005, would create a loan forgiveness program for nursing graduates who practice in Mississippi.

The nurses who choose to become instructors find it can offer a new way to make use of decades of experience.

“Nurses teach through their storytelling,” said Arlene C. Jones, director of nursing education at PRCC. “We look for faculty that have that bedside experience, because that’s where their stories come from.”

When Busby and Esslinger’s students finished practicing wound care, they packed away their supplies and carefully remade the beds.

“Wrinkles equal pressure ulcers!” a student shouted at two classmates who were leaving uneven creases in their mannequin’s blanket.

The instructors both graduated from PRCC’s program more than 30 years ago. One day, they hope, some of these students will stand in their places in the classroom.

“We’ll say, ‘You’re not ready yet,’” Busby said of students who talk about becoming instructors. “‘But when you are, you’ll know it, and you’ll come back.’”

This story is reprinted with permission from Mississippi Today.