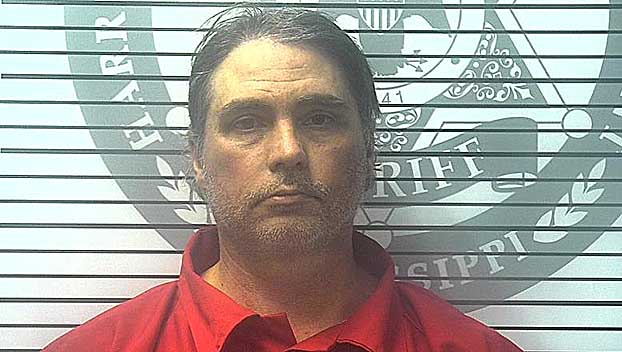 Police say a Louisiana man walked into a Mississippi bank, pulled out a gun, bound the bank workers and sped away with a bag of cash, but was caught after a 120 mph chase which includes police and the suspect firing guns at each other.

The bank robbery happened in Waveland, Mississippi, on Friday morning at The People’s Bank branch. The suspect fled in a white car.

As police were responding to the bank, they spotted a car speeding from the scene and pursued the car.

The chase continued onto Interstate 10 and into a neighboring county before the driver was stopped.

Police say the chase reached speeds of more than 120 mph and at one point police and the suspect exchanged gunfire during the chase. Police said the suspect rolled the window down and started firing at police.

Police arrested David Rester Jr., 51, of Vidalia, Louisiana, (just across the Mississippi River from Natchez, Mississippi) and have charged him with armed robbery, felony evasion and three counts of kidnapping.

Rester was being held at the Harrison County Detention Center on a $150,000 bond.