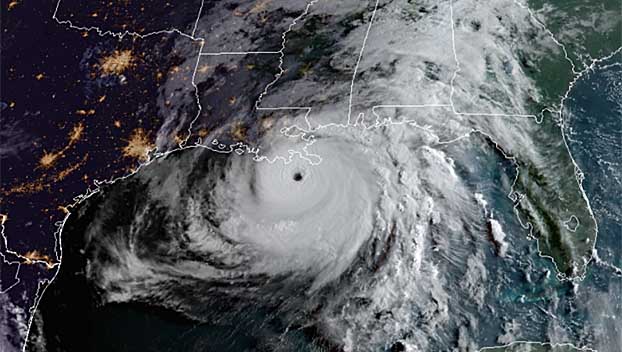 Hurricane Harvey dumped more than 50 inches of rain on parts of the Texas coast in 2017. Then in 2020, ferocious winds from Hurricane Laura destroyed homes across coastal Louisiana. Hurricane Ida hit in 2021, leaving the entire city of New Orleans without power for days.

Such extreme weather is becoming more common, and that’s just one of the warnings for the Gulf of Mexico region in a United Nations report released this week. The devastating effects of climate change in the region also include rising seas, collapsing fisheries and toxic tides, even if humanity somehow manages to limit global warming to 1.5 degrees Celsius above the pre-industrial era.

“The hurricanes that we get, there’s a higher probability that they can bloom up into major hurricanes,” Louisiana’s state climatologist Barry Keim said, agreeing with the report’s details on more dangerous weather.

The report, an “atlas of human suffering,” details numerous ways in which climate change will affect the gulf. From Texas to Florida, which has the second-longest coastline of any state, the entire U.S. Gulf Coast is under serious threat from rising seas as the planet’s polar ice caps melt, the U.N. report says.

For example, the Republican-led Florida House of Representatives refused on Tuesday to add clean-energy measures to a plan to bolster the state against sea-level rise and flooding. The bill’s sponsor, GOP Rep. Demi Busatta Cabrera of the Miami area, said her aim is to do “what we can fix today.”

Democratic Rep. Ben Diamond, who is running for a St. Petersburg-area congressional seat, was disappointed lawmakers didn’t do more.

Improved climate change resiliency is good, he said, but “then there’s also stopping the causes of those problems in terms of greenhouse gas emissions, in terms of reducing our carbon emissions.” The Florida House bill does not get into that.

People considering 30-year mortgages are already looking for homes and commercial buildings that pose lower flood risks. One study cited by the U.N. says the trend is evident in Florida’s Miami-Dade County, where some buyers are shying away from expensive waterfront homes.

In Miami Beach, streets already flood on sunny days, especially during the so-called King Tides, and the report says the Tampa Bay area, surrounded by shallow seas, and is considered one of the most vulnerable places in the nation for storm surges.

Sea level rise poses an existential threat to much of Louisiana because so much of the Mississippi River delta has been sinking due to human interventions. The loss of sediment from leveeing the river and saltwater intrusion caused by coastal oil and gas development are two big culprits, Keim noted.

“South Louisiana is probably the most vulnerable place to climate change in the United States,” Keim said.

Other parts of the Gulf face different problems, the report warns. Tourism and fishing industries depend on thriving habitats off the coasts of Florida and the Yucatan Peninsula, but coral reefs are bleaching due to “warming ocean waters interacting with non-climate stressors.” In Florida alone, the decline of the reefs could translate into $24 billion to $55 billion in economic losses by 2100, the report said.

The report details efforts in the region to adapt to climate change. Miami-Dade released a strategic sea level rise response plan in 2021 that calls for adapting infrastructure, elevating roads, building on higher ground and expanding waterfront parks and canals.

The city of Miami Beach has already spent more than $500 million installing pumps to flush water off the island, with no guarantees that this will keep the tourists’ feet dry. The city of Miami is spending potentially billions of dollars to keep the ocean at bay and limit saltwater intrusion into freshwater supplies.

“The most common question I get asked is whether Miami is going to be here in 50 years, whether it’s going to be here in 100 years,” Miami Mayor Francis Suarez said at a recent news conference. “This is the beginning of having a comprehensive plan to answer that question in the affirmative.”

In Louisiana, the state’s Coastal Protection and Restoration Authority has a plan with “very specific projects,” the U.N. report said, such as dredging to replenish wetlands and rebuilding barrier islands damaged by storms.

Alex Kolker, an associate professor of coastal geology at the Louisiana Universities Marine Consortium in Cocodrie, noted that on Feb. 1, Louisiana also announced a plan to reduce greenhouse gas emissions to net zero by 2050.

Outbreaks of red tide, which are natural toxic organisms originally noticed by the Spanish explorers, have become more frequent and more deadly because of warmer air and water, experts say.

The increasing outbreaks kill more fish and sea life and harm the tourist industry with smelly fish-strewn beaches, poor fishing and the possibility of harms to human health, especially among people with asthma or other lung conditions.

From 2017 to 2019, according to a University of Florida study, tourism sectors lost $184 million in revenue because of red tide. The warmer water also fosters algae blooms, caused by pollution from agricultural, urban and other sources, that are getting worse along Florida’s coasts, contributing to the lack of seagrass that has led to a record die-off of manatees in the past year. The state resorted to feeding one group of starving manatees romaine lettuce instead.

“You can’t just go out and plant a bunch of seagrass,” said Tom Reinert, regional director of the Florida Fish and Wildlife Conservation Commission.