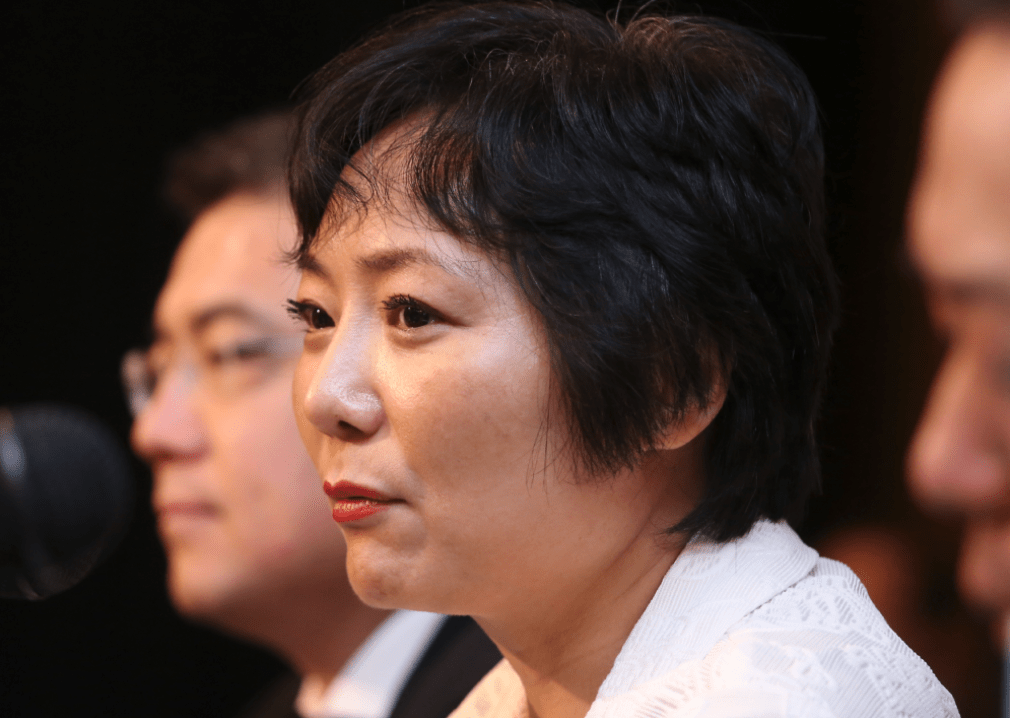 Thanks to rapidly rising home prices and the increasing rent prices nationwide, many investors who went all in on home and property purchases are hitting it big—and it’s happening to both large and small investors alike. And with so many stories about how investing has paid off in this unique housing market, plenty of others are ready to climb aboard the real estate investing train.

But while the current U.S. housing market has offered a unique opportunity to make money for the right type of real estate investor, it’s certainly not the only housing market primed for investing—nor is it the only market in history to provide these opportunities. Different markets across the globe—from Hong Kong to London—have helped plenty of investors amass huge fortunes over the last several decades. And in many cases, these markets are still helping build real estate dynasties.

Take, for example, the real estate investors in Hong Kong who capitalized on the political strife in the 1950s and 1960s, which caused real estate prices to plummet. These investors bought in early and at low prices, then grew their real estate conglomerates to the point where they amassed billions upon billions of dollars. The stories of savvy investors snatching up properties or making moves at the right time span across decades and countries, allowing investors to grow their businesses to become quite lucrative. 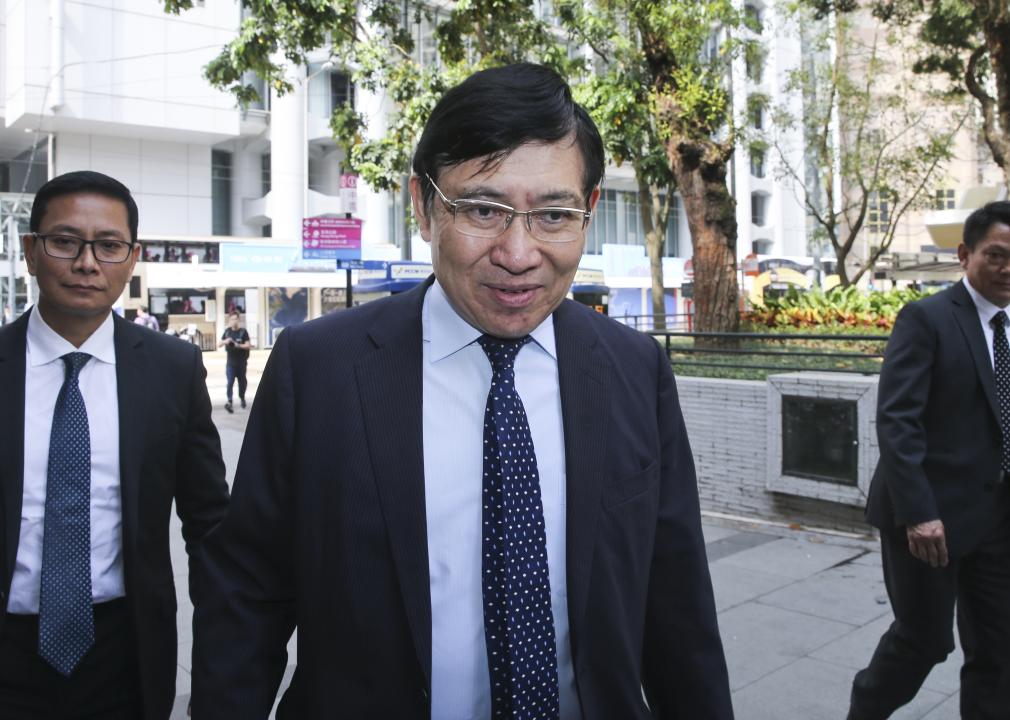 Raymond Kwok was born into real estate royalty as the youngest son of the founder of the largest developer in Hong Kong. His father, Kwok Tak-seng, owned the massive developer company Sun Hung Kai Properties, which was responsible for erecting many of the famous buildings in Hong Kong, including the tallest building in the city, the 118-story International Commerce Centre. The patriarch would build the company into a massive machine during his time at the helm, earning him billionaire status. Raymond Kwok partially took the helm of the company when he and his two brothers inherited control of 26% of the Sun Hung Kai Properties company after his father died in 1990. Post-inheritance, Kwok served as the co-chairman of Sun Hung Kai Properties and later the chairman of Sun Hung Kai Properties, which has allowed him to continue to grow his real estate fortune and amass billions. 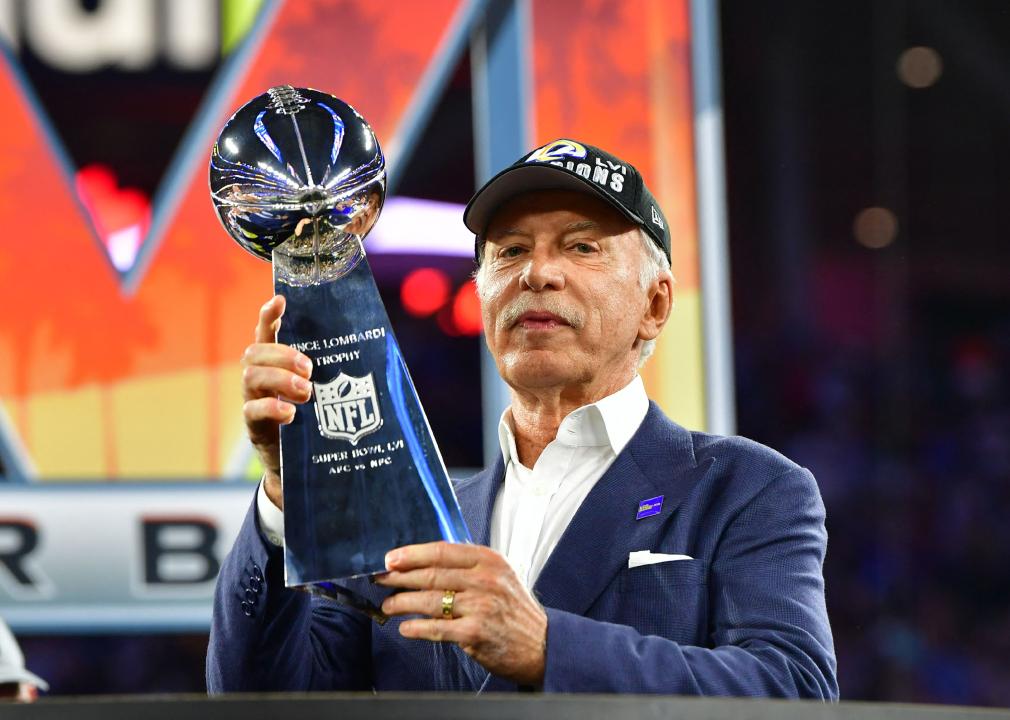 Real estate mogul Stan Kroenke may be well-known for leading his team, the Los Angeles Rams, to victory at the 2022 Super Bowl. But the 74-year-old sports magnate is also one of the biggest real estate investors in the world. Kroenke’s journey to becoming a bigwig in real estate first started when he met his wife, Walmart heir Ann Walton, in 1974, when they both were students at the University of Missouri. Shortly after meeting Walton, Kroenke made his first foray into real estate development—working with a developer building shopping centers, many of which were positioned around Walmarts across the nation. Less than 10 years later, Kroenke founded the Kroenke Group, a shopping center and apartment building real estate development firm. About two decades later, Kroenke launched THF Realty, a real estate development company specializing in suburban development—and, of course, shopping centers. Kroenke has since ventured out into more than just real estate—he also owns a winery, a handful of sports teams, and other ventures—but it’s the focus on real estate investing that has helped garner Kroeknke his fortune, now worth billions of dollars. 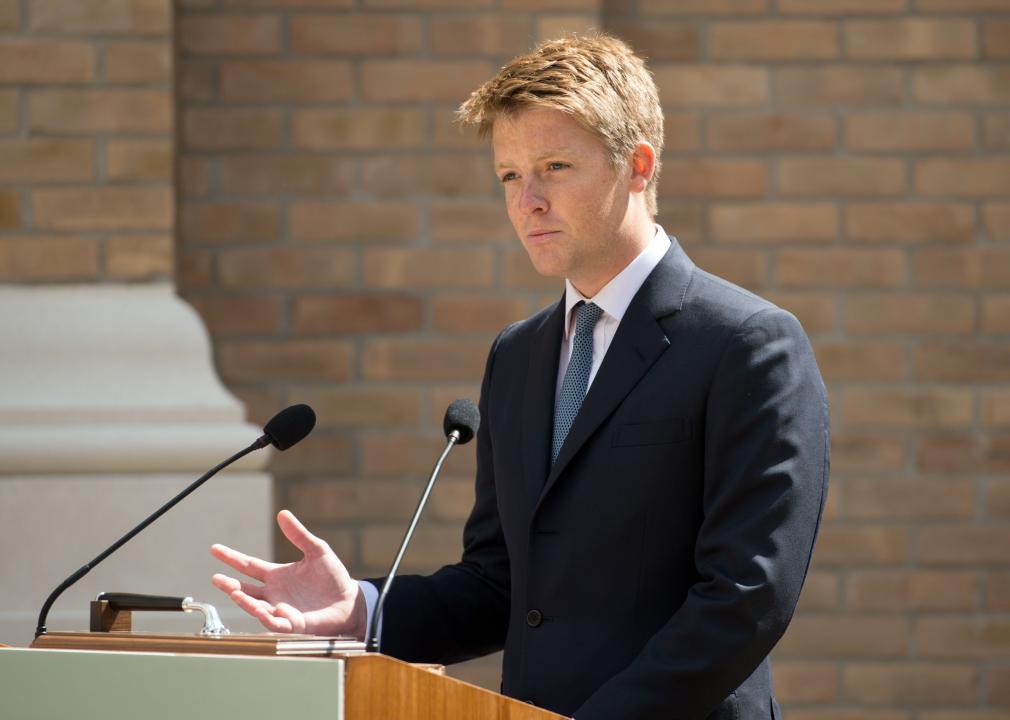 As with other real estate investors on this list, Hugh Grosvenor, 7th Duke of Westminster, was born into a position of real estate investing power. His father, Gerald, 6th Duke of Westminster, was the billionaire owner of Grosvenor, a British real estate and landholding company with a portfolio of more than 1,500 properties. When his father died in 2016, Hugh Grosvenor became a major shareholder of the company, which holds assets in more than 60 countries, with land holdings controlled by the company including the famous Beaumont Hotel and Gagosian Gallery in London, residential towers in Tokyo, and properties across Silicon Valley. Some of the land has been in his family since 1677, making Hugh Grosvenor the latest in a real estate legacy that has lasted for centuries. 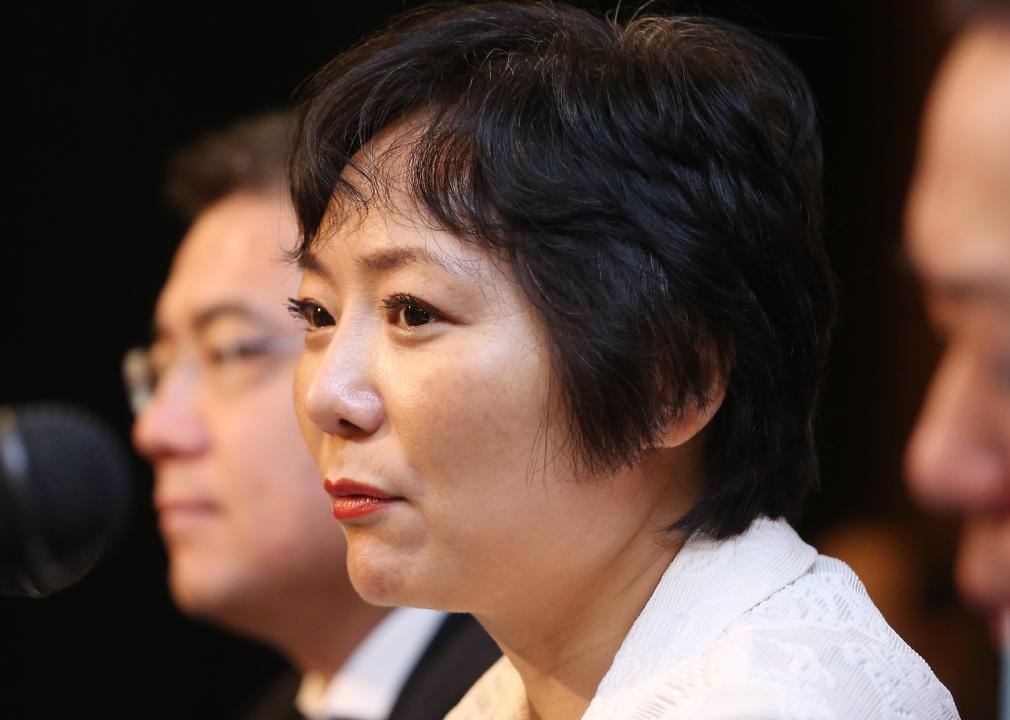 It’s not every day that you hear of a former journalist and factory worker working their way to becoming a big-time real estate investor—but that’s just what Wu Yajun did. As a self-made real estate mogul, Wu worked in factories, and later as a journalist, before co-founding the Beijing-based real estate developer company, Longfor Properties, in 1993. The property developer company quickly became one of the largest developers in China, producing high-rise apartment buildings, office buildings, residential buildings, business complexes, villas, and shopping malls. Wu’s company, now known as Longfor Group, currently has over 100 property holdings in over 24 cities and rakes in billions of dollars in annual sales. 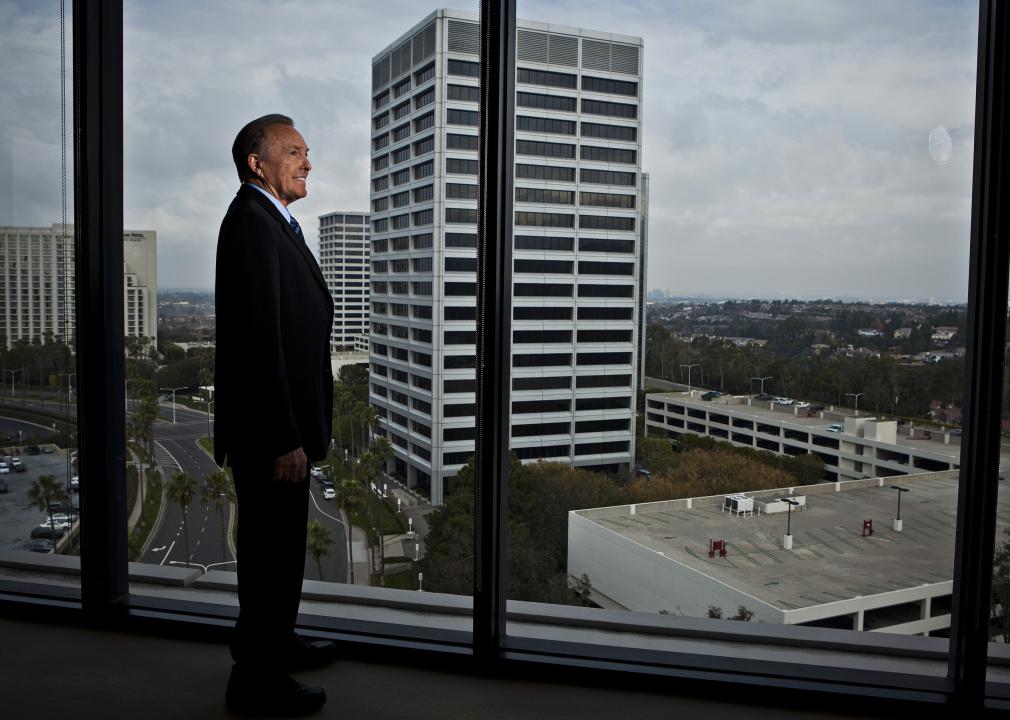 Unlike many other investors on this list, the fortune amassed by real estate investor Donald Bren was built in just one state: California. Bren’s foray into real estate investing began in the late 1950s when he founded the Bren Company, a real estate development company that built homes in Orange County, California. In 1963, Bren joined two others to form the Mission Viejo Company, which focused on developing the southern California city of Mission Viejo. His success built up from there: Bren eventually used the proceeds from his earlier ventures to purchase the Irvine Company in 1977, which has played a crucial role in the development of the city of Irvine, California—and much of the rest of the Newport Coast. The real estate mogul is still an active force across California, as Bren continues to work as a planner and builder across the state, despite having amassed a fortune in real estate. 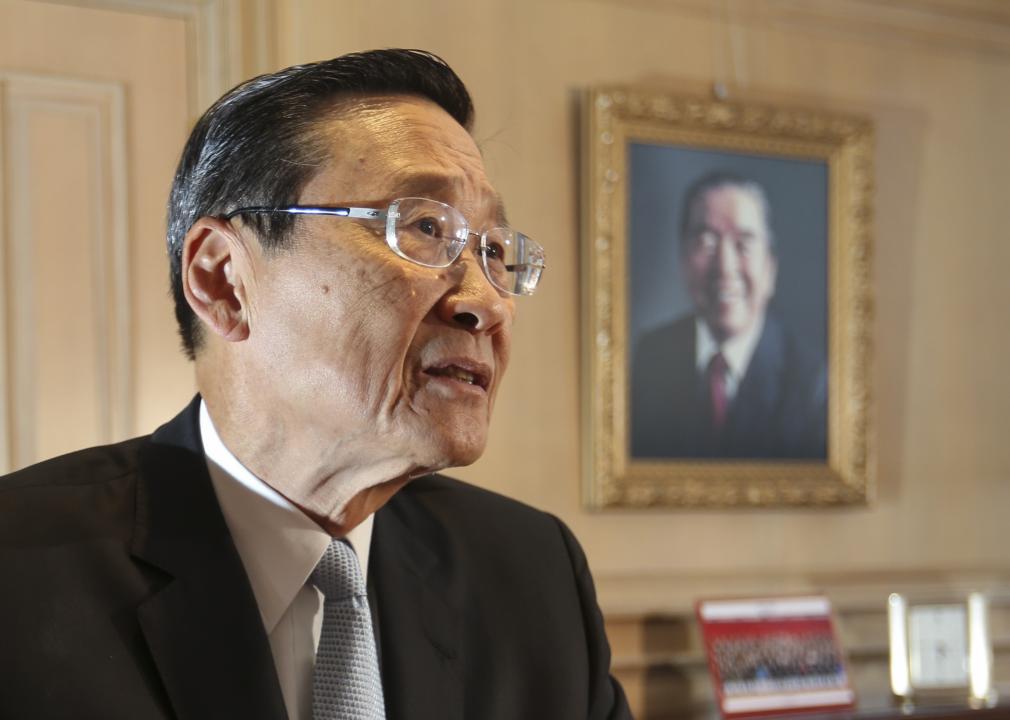 Real estate investor Peter Woo did not start his career in real estate. After graduation, Woo began a career in banking, working for Chase Manhattan Bank in both New York and Hong Kong. It wasn’t until he met his wife, Bessie—daughter of Yue-Kong Pao, a shipping tycoon and owner of real estate developer Wheelock & Co.—that his career path changed. After their marriage, Woo joined his wife’s family business, and he eventually took the helm as chairman of Wheelock & Co. One of the main subsidiaries of Wheelock & Co. is the real estate developer and investing company Wheelock Properties, which has a huge presence across Hong Kong. Wheelock Properties has been responsible for developing and investing in everything from hotels to retail, office, and serviced apartments across Hong Kong—all of which have helped Woo grow his real estate fortune to what it is today. 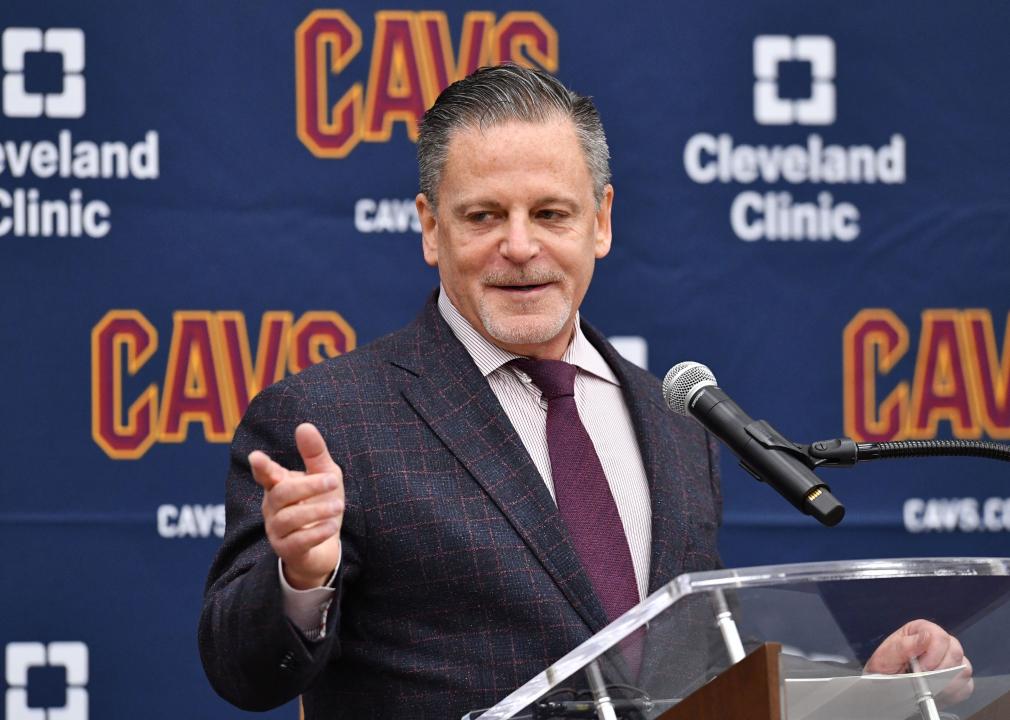 As the founder of Quicken Loans, Dan Gilbert is almost certainly better known for his mortgage lending company than his real estate investing. That said, his work in real estate is one part of what has helped to amass his multibillion-dollar fortune. Following his success with building Quicken Loans with his brother, Gary, Gilbert turned his sights toward revitalizing the blight across Detroit—and he did so by investing heavily in real estate. Bedrock Detroit, Gilbert’s real estate investing company, was used to purchase historic, long-standing buildings across Detroit, including the Madison Theatre Building, the Chase Tower, the Dime Building, Two Detroit Center, and the First National Building, among others. These buildings were then renovated by Bedrock Detroit and used to attract new businesses to the urban center, which had been decimated by decades of economic disarray. Gilbert still invests heavily in Detroit to this day, and Bedrock Detroit owned more than 90 properties in downtown Detroit as of late 2021. 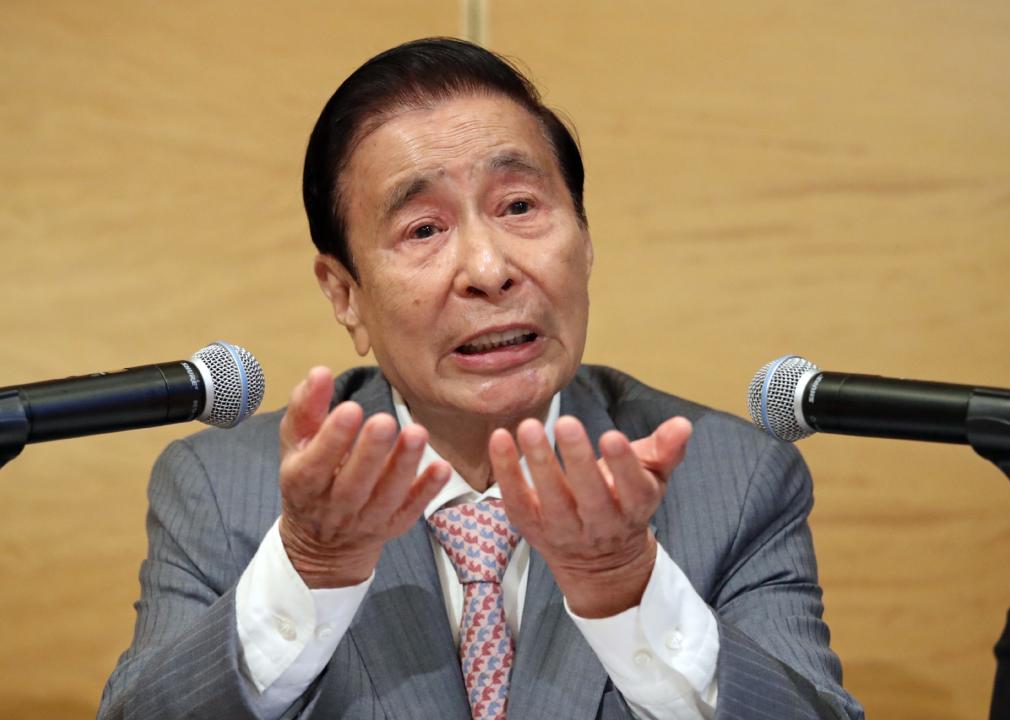 As the co-founder of Sun Hung Kai Properties with Kwok Tak-seng, Lee Shau-kee amassed a large part of his fortune erecting many of the famous buildings across Hong Kong. But Lee’s real estate fortune can’t all be attributed to Sun Hung Kai. The real estate developer began building his billions when he founded Henderson Land Development—a real estate conglomerate with interests in hotels, restaurants, and other types of properties—in 1976. Henderson Land Development grew to be extremely successful over time and expanded in a way that garnered the property magnate billions. 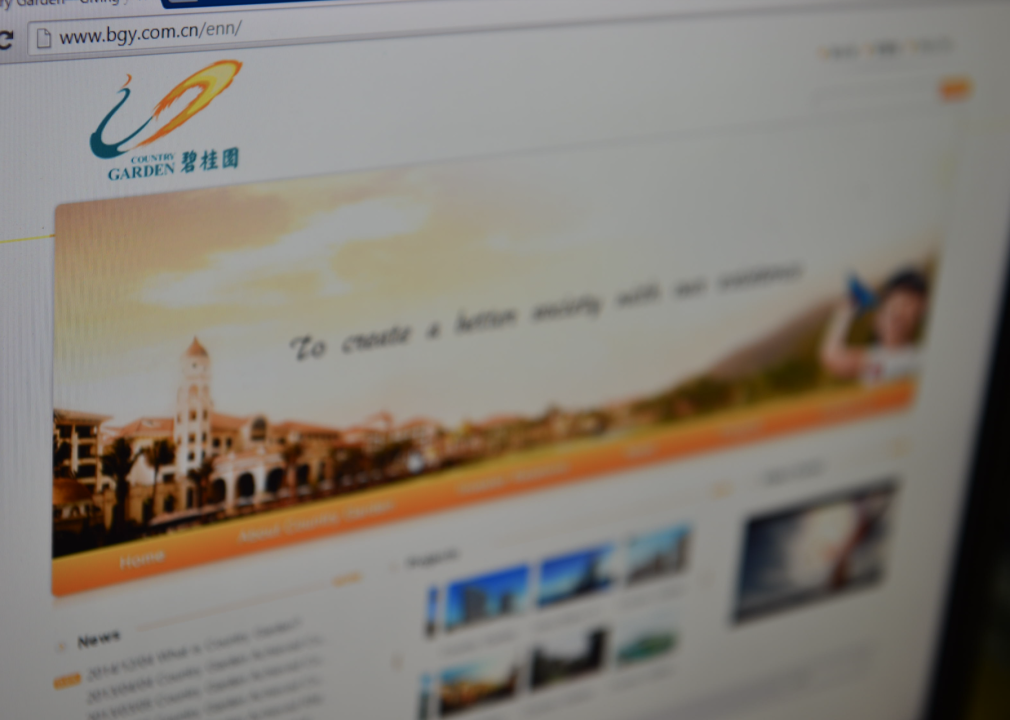 As with many of the other real estate investors on this list, Yang Huiyan’s fortune was amassed in major part due to her familial ties. Yang’s father, Yang Guoqiang, started the wildly successful Chinese real estate company, Country Garden, in 1997. A real estate developer that builds properties and manages hotels, Country Garden grew to become a company worth billions of dollars—and Yang’s father transferred a large part of the company stake to her in 2005. This led to Yang becoming the richest person in China in 2007 at age 26. With the company public on the Hong Kong Stock Exchange, her fortune has continued to grow substantially over the years. Yang currently owns about 57% of the stake in Country Garden, and is now considered the richest woman in Asia. 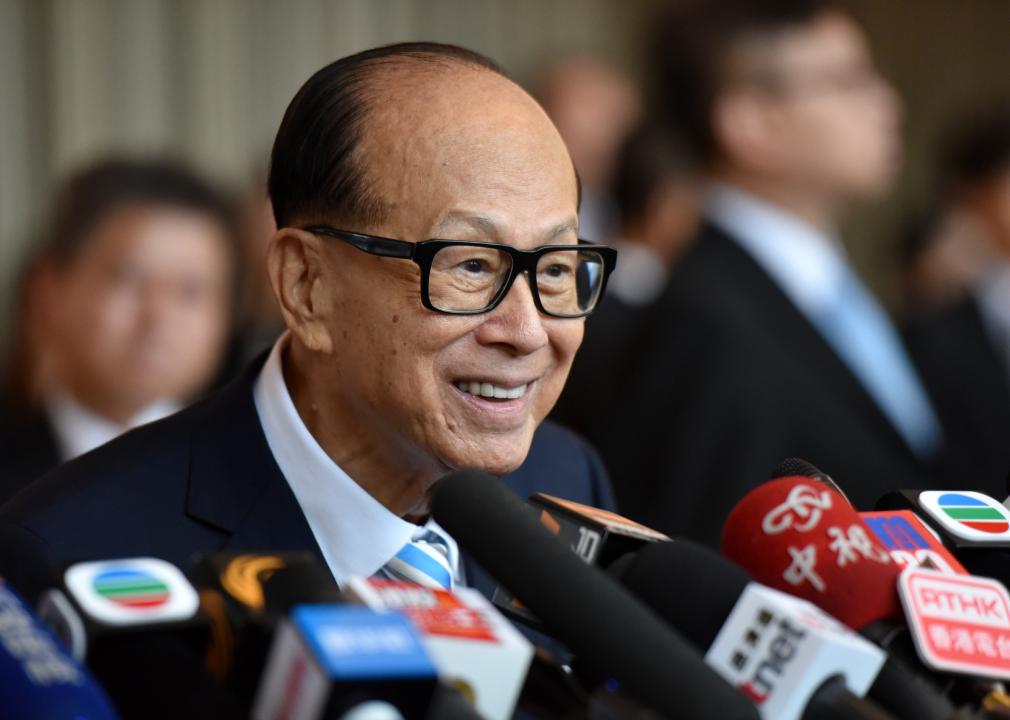 Chinese real estate investor Li Ka-shing took a gamble on rising rents in the late 1950s, and that gamble paid off to make him the most financially successful real estate investor in the world. In 1958, Li was the owner of a plastics manufacturing business, Cheung Kong Industries, based in Hong Kong. On a hunch, Li decided his company’s rental costs would continue to rise, which led him to buy property and develop a factory building for his own use to cut down on the rent expenses. A decade later, political unrest led throngs of people to flee Hong Kong, freeing up more land, which Li acquired for a steal due to plummeting property prices. With the newly acquired property purchases in hand, Li created a real estate development company called Cheung Kong (later renamed CK Hutchison Holdings and CK Asset Holdings), which grew at a rapid pace. By 1972, Cheung Kong Holdings was publicly listed on the Hong Kong Stock Exchange—and the company became one of the premier property developers in Hong Kong. Li continued his work in real estate investing in the time since, which led him to amass the biggest real estate fortune in the world.

8 real-life applications for math equations you learned in…